For more than just a pretty facade

Appearances may not be everything, but they sure count. Maybe especially so that first one.

So when folks drive into the access way of UGI Utilities Inc.’s new headquarters in Lancaster County, Pennsylvania, they should be duly impressed. The sprawling three-story office complex on 32 scenic acres is a recent example of what Hershocks, the venerable Harrisburg subcontractor, can do with a building’s exterior. 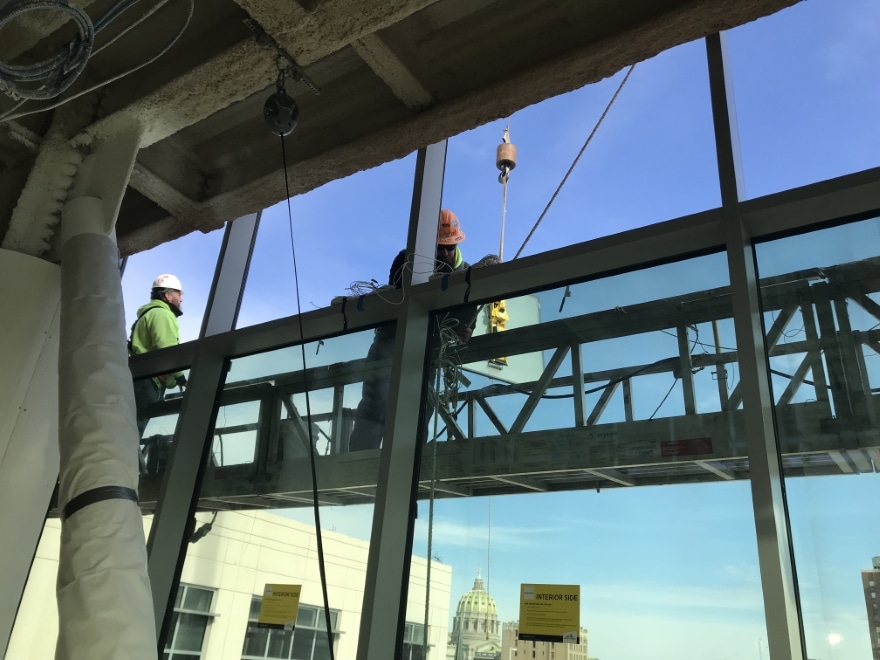 Working with general contractor Warfel Construction over the course of nine months, the crew at Hershocks Inc. painstakingly applied its signature touch, the results being curtainwall sunshades, aluminum louvers and composite panels that make the 93,000-square-foot facility a welcoming environment for guests as well as UGI’s 350 employees.

But it’s not just about aesthetics—Hershocks’ fabricated energy-efficient windows and glazing, combined with UGI’s heat and power plant, are sure to mitigate utility costs in a region known for temperature extremes.

“It’s one of our nicest projects to date, one that encompasses so many of the items in which we specialize,” Hershocks Vice President and Senior Estimator Ron Candioto tells Blueprint in January, shortly before the complex’s anticipated opening. “Thermal value and high performance are critical areas we’re very capable of enhancing.”

Hershocks is bringing the same expertise to another project about which Candioto is equally eager to discuss. The Pennsylvania Housing Finance Authority is undergoing a 40,000-square-foot expansion at its Harrisburg headquarters, with Hershocks working with general contractor Reynolds Enterprises Inc. in putting some unique touches on what will be a seven-story overbuild.

“As the sun moves in the sky, the tint of the glass changes,” he explains. “It maximizes the blocking of glares and rays and enhances the overall energy performance inside the building.” 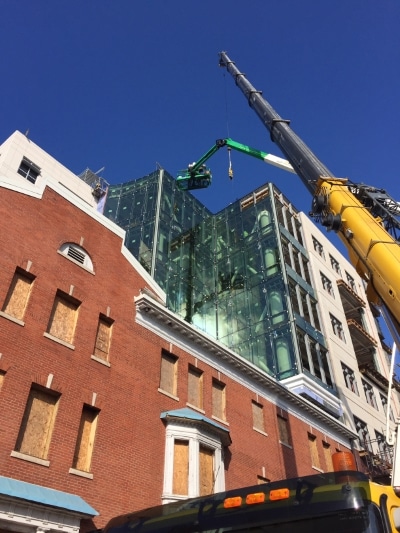 And it just might make it the first building in central Pennsylvania with what’s known as passive house design, Candioto says, explaining a rigorous, voluntary standard for energy efficiency that gives it a carbon footprint of close to zero.

“This will be the highest energy performing building we know of around here,” he says. “We’re happy to do the hanging and, hopefully, be recognized for it. We subcontractors don’t always get a lot of credit; that seems to go to the general contractors.”

But as long as general contractors keep calling up Hershocks, there’ll be due recognition for a company that has long enjoyed an industry reputation for offering complete envelope systems to its primarily commercial clientele. Boasting the biggest fabrication facilities in the Harrisburg area, Hershocks is noted for expertise in customization and maintains a highly trained and motivated crew of around 80.

And with the construction industry healthy in this part of the Keystone State, Hershocks can be selective about which projects it undertakes, keeping busy with the region’s hospitals, research centers, universities, the public sector and small retailers that are often repeat clients.

“We can’t always say ‘yes’ to every possibility,” says Greg Deaven, who’s in charge of service and small contracts. “It’s better to handle a limited number of projects to the best of our ability instead of being stretched too thin.”

There’s also quite a legacy to live up to, says Deaven, a third-generation Hershocks executive.

For shortly after a man named C.H. Hershocks founded the company in 1935, among his early hires was Ralph Deaven, who would be owner for 40 years before turning the operation to his son Barry, the present owner whose management team includes his own sons, Greg and Michael. Meanwhile, the American Subcontractors Association of Central Pennsylvania has presented the Ralph Deaven Lifetime Achievement Award for the past quarter-century.

“Our strengths have got to be many,” says Greg Deaven. “Estimating, drafting, building relationships with customers, project management and fabrication—we’re blessed to have such a large facility.”

They also have a corporate sister of 40 years in Port Matilda—Nittany Building Specialties Inc., a certified Woman-Owned Business that extends the family footprint into Maryland, Virginia and West Virginia. It offers commercial flooring in addition to its own fabrication services.

Its large-scale handiwork can be found throughout the Penn State University campus as well as at other schools, hospitals, big box stores and auto dealerships. Although the companies work together, each is a separate entity with a common concern.

There’s a dearth of skilled young tradespeople, and on that note, Deaven has some advice that might well be followed by young people pondering a career. It might make sense to forgo the debt one can accrue at a four-year liberal arts college and opt for a certificate in plumbing, electricity, welding, carpentry or mechanics from a couple of semesters of trade school.

It worked for Deaven and might be the path for one of his sons.

“Although I wasn’t pushed to go into this business, I felt drawn in to it,” says Deaven, who garnered his associate’s degree at Harrisburg Area Community College and joined Hershocks as a project manager in 1987. I followed the same route as my father, uncle, aunt and brothers. My cousins are doing the same at Nittany.”

A most productive, satisfying route, it would seem.

“It’s always nice to have your work admired when it’s finished,” he says. 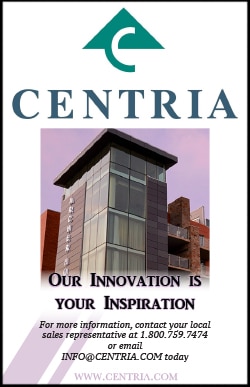