To say there’s a growing need for critical healthcare on Long Island seems an understatement. The COVID-19 pandemic has made that abundantly clear. Ten years ago, so did Superstorm Sandy. 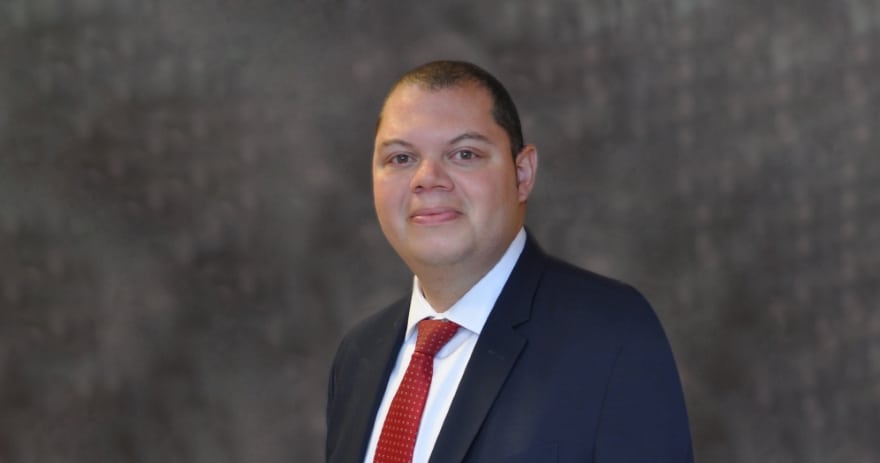 Those needs and more are closer to being met as MSSN proceeds with a $450 million capital investment plan that includes a four-story, 100,000-square-foot J-Wing addition taking shape with completion anticipated for spring 2024. Also in the works is expansion of the hospital’s cardiovascular health program to enable open-heart surgery.

The steel superstructure in place for the former project, Hector Flores says work proceeds with as little disruption as practically possible to staff and patients. A member of the MSSN team since serving as a field representative as a college student over 20 years ago, he celebrates in November his first anniversary as director of facilities planning. The time coincides with what’s been the hospital’s most ambitious expansion plan, which Flores oversees with the same surgical precision that a doctor brings to the operating room.

“The patients do come first,” Flores tells Blueprint in September. “There always are a lot of challenges when it comes to building in a healthcare setting but we’re very good at what we do and minimizing the disturbances.”

Prior to each task, Flores meets with such stakeholders as the clinical teams, infectious disease experts, architects, contractors and vendors. Having learned the business from the ground up, Flores still picks up a tool when needed and won’t ask anyone to do what he wouldn’t do himself. Much of his time, however, is spent on design and strategic planning.

“What I helped plan five years ago is being implemented now and I’m looking at the next 15 years,” he says.

Before the expansion project could begin, Flores had to help obtain a Certificate of Need from the state’s Department of Health. As part of that, he showed the hospital had the resources to go forth and the plan served a public purpose. 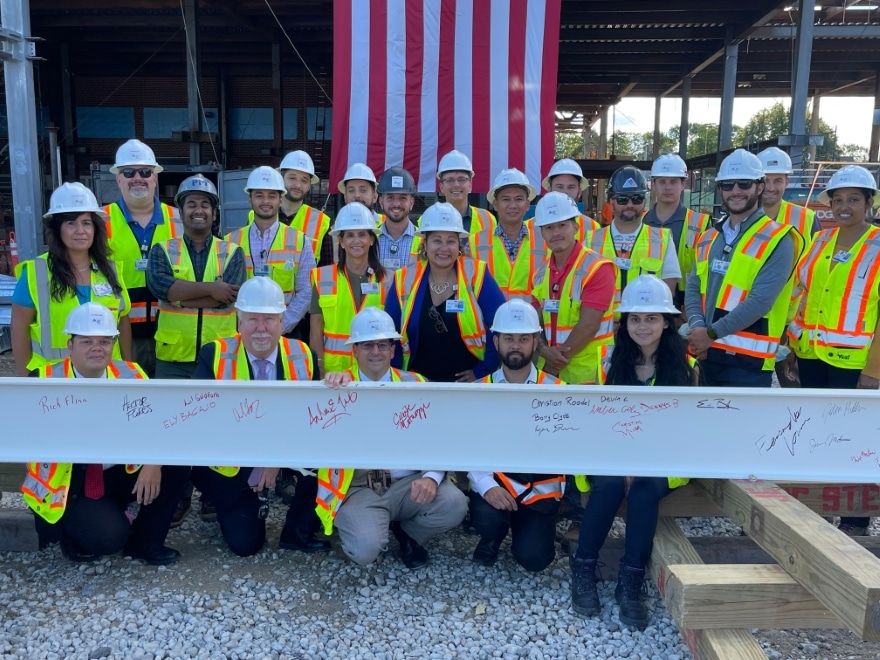 The pandemic didn’t hamper outdoor construction much, but interior projects called for such precautions as vaccination pods, testing centers and adjusted schedules. Grounds broke for the four-story addition in June 2021 with civic leaders and elected officials partaking in festivities. What’s become a cramped ER will nearly double to the size of a football field and include services for behavioral and pediatric care—there being rising demand for both.

The addition will also have nine spacious surgical suites and 40 critical-care beds to complement the expanded cardiovascular unit. There’ll be much to do before a doctor can repair the first heart, Flores explaining how perquisites include a catheterization lab, preparatory base, cardiothoracic program and step-down unit.

“That’s just the physical parts,” he says. “It doesn’t include the actual nurses and doctors that we’ll have to recruit and onboard.”

All-consuming as the ER addition and cardiovascular unit expansion seem, there’s much more on the to-do list. When Flores spoke with Blueprint, he had 378 projects to tend. Even the small projects such as enlarging an office at the hospital or at the many ambulatory sites aren’t so routine, given the procedures that will take place. There’s always much redundant risk assessment.

It’s all part of working in healthcare, which seemed Flores’ calling long before he commenced with his responsibilities at MSSN. Both his parents worked at a Long Island hospital and as a student at a progressive high school, the young Flores needed credits in community service. He volunteered at the same hospital and saw much potential to pursue his career interest of architecture.

He majored in architectural and building sciences/technology at New York Institute of Technology. Upon graduating in 2007, he became a project coordinator at South Nassau Communities Hospital that’s since rebranded as Mount Sinai South Nassau. 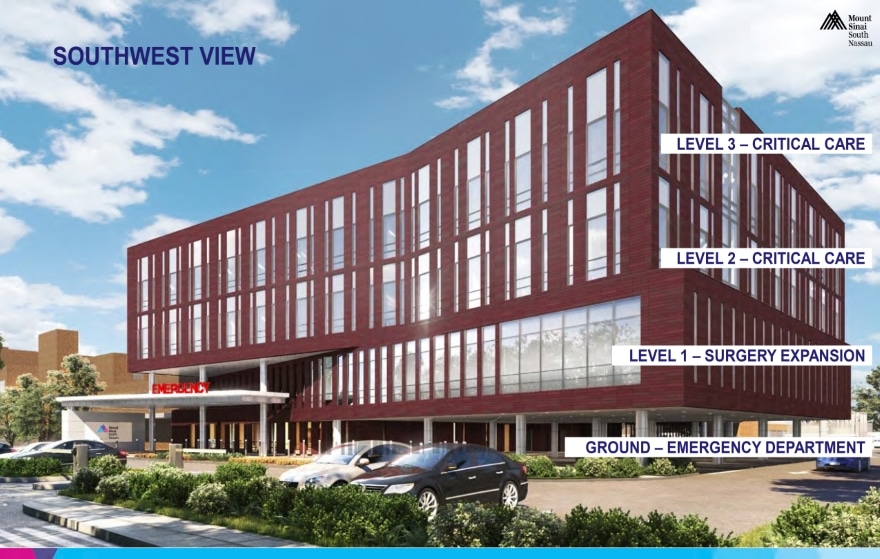 “I started in the field as a coordinator managing the trades, coordinating daily activity, assuring minimal disruption to hospital operation and was fortunate to have worked my way up to my current position,” he says. “While I am an architect by training, I focus mainly on design, strategic planning and hospital operations.”

While MSSN remains a community hospital, it’s undertaking many of the services of its larger counterparts on the mainland. It’s likely to keep expanding, given its need to serve Long Island’s growing and aging population, he says.

Flores lauds his team of project managers, assistant project managers, field representatives, construction buyers and project controllers. The senior management has been supportive, too, he says, and how such teamwork is necessary.

“We’re actually in the midst of the largest expansion campaign that we’ve seen in years,” Flores says. “While we’re known for orthopedic and cancer care, we’re laying the foundation to provide open heart surgical care and nearly double our capacity in critical care services. This is the exciting part.” 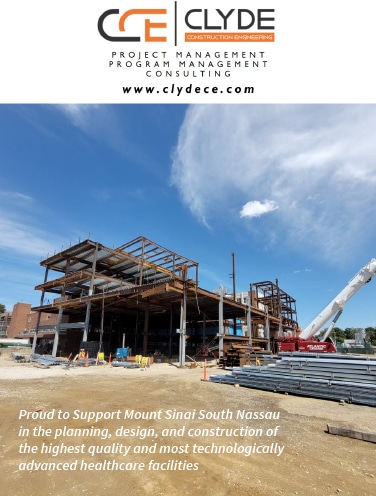 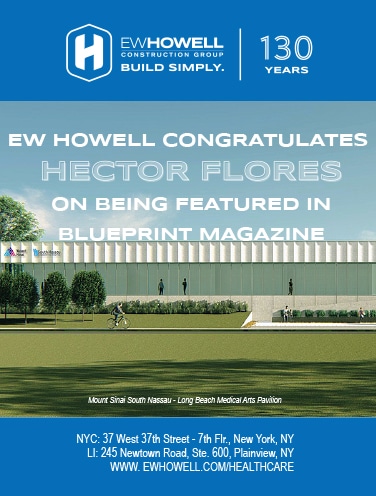 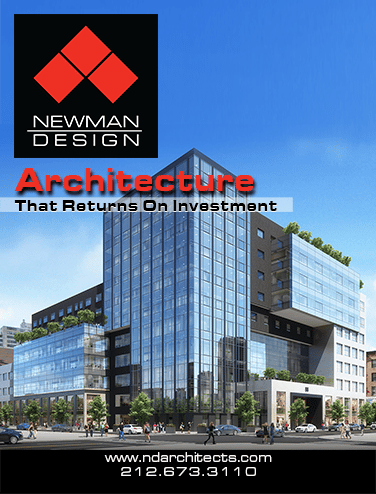 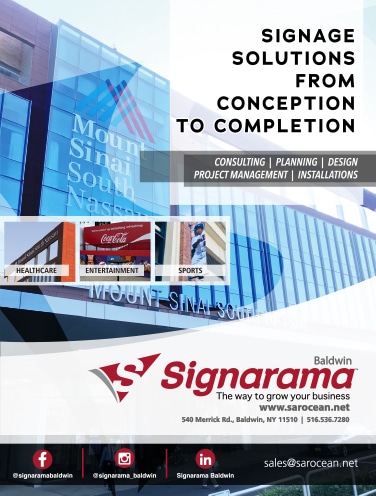 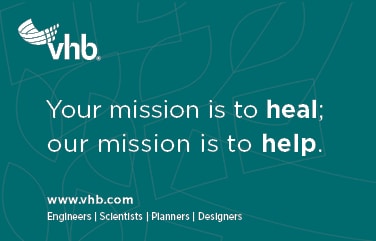