The rewards, at least the tangible ones, were greater in some of his previous posts, but Hector A. Dietsch wanted more out of his professional and personal life.

For he had been logging 10- to 12-hour shifts, six, sometimes seven days a week in his native Dominican Republic, supervising high-stakes renovation for construction companies. A job opportunity with the U.S. State Department at its embassy in Santo Domingo introduced him to facilities management. A subsequent job brought him to Orlando, Florida, but it was an opening at Seminole State College that combined his skills with his passion. 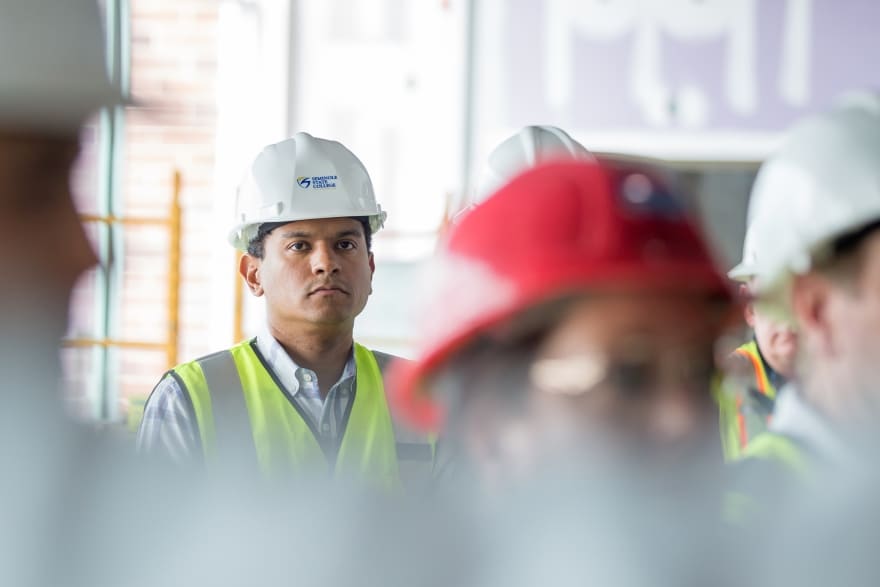 Not that he was looking for a cushy job, just one that afforded time for family and, ideally, with an employer for whom time and money weren’t the all-important factors, and with a mission to make our community better.

Well, time and money have remained concerns since Dietsch assumed the responsibilities of director of facilities management at Seminole State College of Florida in the summer of 2015, but he appreciates that success at the college is also measured by other, less obvious, metrics.

“Here the mission is not about money, it’s about the students,” he tells Blueprint in late August as another academic year gets underway on the four Central Florida campuses in Sanford/Lake Mary, Oviedo, Altamonte Springs and Heathrow. “Walk around this campus and you feel a real mission statement. First and foremost is to provide them [students] with the resources and tools to be successful. There might be hiccups along the way, but in the end, you can take pride in having given them the best facilities possible.”

The new academic year has been graced by a couple of major renovations at the main campus in Sanford/Lake Mary, where a former library turned office complex has been retrofitted into much-needed classroom and student support spaces. The Center for Public Safety has been upgraded to improve the learning experience of the fire science and emergency medical services students.

Building L, as the former library is known, seemed underutilized and at nearly a half-century old, was showing its age, the carpets threadbare, and the outdated classrooms didn’t help to engage students in the learning experience. 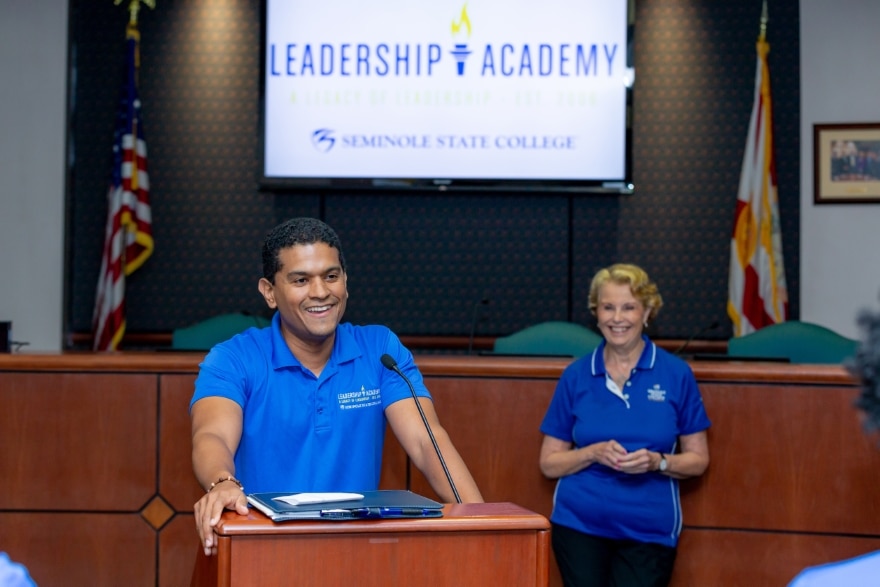 But there were still 78,000 square feet that could be revitalized, and with the expertise of Orlando-based HuntonBrady Architects, Building L is now home to new classrooms and academic support spaces. The building was designed following LEED standard energy efficiency.

“We asked the architect on the design team to create spaces that meet our needs, but also engaged our students into the learning experience,” he says.

Also, the Center for Public Safety fire program training facilities received an upgrade, boosted by a $2 million grant from the Florida Department of Financial Services for facility renovations and equipment purchase. The Center for Public Safety fire training spaces were due for refreshing with its simulation labs having to keep pace with the fast-evolving needs for first response and public safety.

The mission never complete for facilities, other projects are in process including remodeling the 26,000-square-foot building “H” into a Wellness Building, and various mechanical upgrades.

“Mechanical projects may not sound as exciting as a new construction, but everything is important and part of a comprehensive capital renewal plan,” says Dietsch. “Got to have all these things in place to be able to operate the facilities.”

The largest project on Dietsch’s watch at Seminole State has been the 77,000-square-foot, energy-efficient two-story Seminole State Student Center that opened in January 2018 at a cost of $25 million.

Years before Dietsch came to the college, the Student Center had been in the planning stages, and it was a topic of discussion when he interviewed for the facilities post. 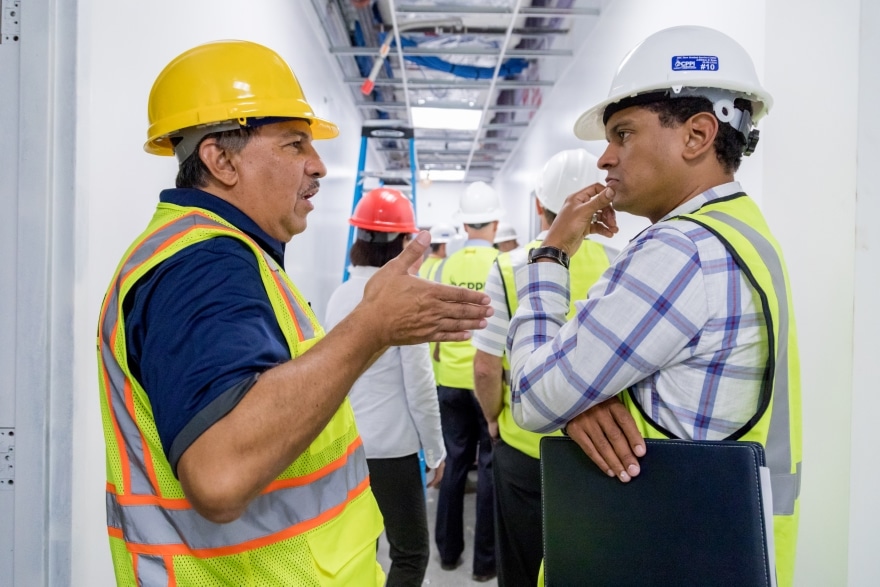 Dietsch seemed the candidate who could oversee the ground-up process. A 1999 Instituto Tecnológico de Santo Domingo civil engineering graduate, he had also completed graduate courses in construction management from the same school and holds a master’s in international business from Robert Gordon University. He says work on the Student Center proceeded smoothly, and the facility’s opening marked a new era, as Seminole State was able to offer a one-stop facility for student services at the Sanford/Lake Mary campus.

There’s a Campus Life lounge sponsored by the Orlando Magic Youth Foundation, a cyber-perch to recharge devices, a game room, a multipurpose room, a Barnes & Noble, a food court and lounge spaces. There’s Wi-Fi and smart technology throughout the premises, including a digital queue system for faster student flow.

The exterior’s construction materials, including many panels of glass, combine with natural light to make the building greener than a comparably sized facility.

“It’s made the students happy, so I’m happy,” says the 41-year-old Dietsch, who seems especially happy to be at Seminole State after a series of positions in the private and public sectors.

Dietsch came to Seminole State after a little over a year as a project manager for OSP Engineering firm. The previous decade had him in the State Department’s employ.

“I loved what I did but I wanted to be closer to my family,” says Dietsch, a naturalized U.S. citizen whose parents and siblings were in Florida for much of the time he was on the Caribbean island.

The OSP position brought Dietsch to where he wanted to be, but something else seemed to be calling.

“I’ve always been attracted to work in education,” he says. “My dream was to be a teacher.”

Dietsch may not be one, but for over four years he’s been in a position to enhance the teacher’s cause. And while the Seminole State position is demanding, it does afford him time with his wife, who works at nearby Walt Disney World Resort, and their 13-year-old son.

“Personally and professionally, I have what’s most important to me,” he says. “You can make more money in the private sector, but this is where I feel I belong.” 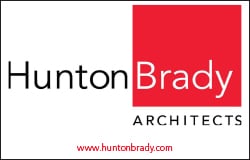