Facilities veteran reflects on his career—and plots his next move

He is ready for the next challenge, confident that his nearly three-year stretch as vice president of facilities and construction at P.F. Chang’s China Bistro Inc., along with 29 years of professional experience, have more than prepared him for whatever the future holds.

In the meantime, Gregg Collison can mull options from his Scottsdale, Arizona, home.

No need to jump into anything out of desperation, he says. The right opportunity will present itself—ideally in the Southwest that’s long been home for this congenial but driven transplant from the Upper Midwest.

“I’ve been in real estate and property management for a long time,” he says. “I’ve been a landlord, a client, a third-party builder, contractor and consultant for facilities construction. For the past few years P.F. Chang’s was the perfect job for me because I had control of both the facilities and construction. That allows the two teams, along with procurement, to work closely together and collect the data we need from groundbreaking to closure.”

He could not, however, control all the dynamics that determine the success or failure of a restaurant chain. Nobody could he says in the midst of a global pandemic, which has been especially brutal on eateries everywhere (all 200-plus P.F. Chang’s restaurants having been shuttered, many never to reopen).

At the very least, Collison can say that before COVID-19, he was able to anticipate trends that would soon confront the Asian-themed casual dining chain, leaving it better prepared for an era that will see fewer sit-down customers and more take-out. 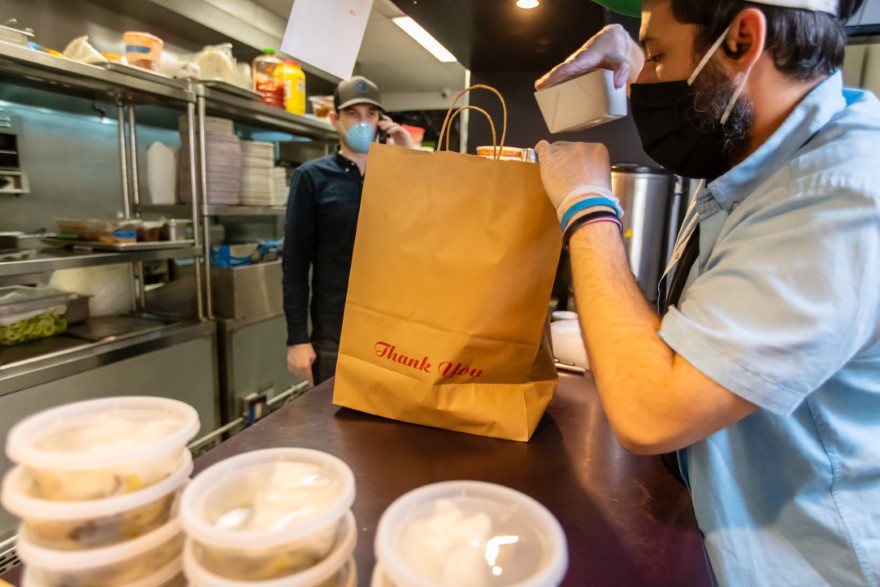 “I like data, which P.F. Chang’s did not collect and compile for facilities and construction before I arrived,” says Collison, whose credentials in electrical engineering and construction management are enhanced by an MBA from the University of Phoenix. “I could see things from the facility condition assessment data like $8 million capital budget far short to keep the restaurants running properly.”

That challenge will only get larger as P.F. Chang’s—like so many other chains—leverages its future on to-go rather than go-to restaurants, its first having opened this past February in downtown Chicago. If the chain can succeed with the new online-friendly model in the Windy City—and other major markets—Collison won’t be shy about taking some of the credit, having advocated for this direction long before the pandemic.

“It was such a new concept because of the complexity of the foods and the culinary expertise it takes to make the foods,” he says of the first P.F. Chang’s To Go. “A sort of ‘how do you do what we do and hit a much lower price point.’ All fast-food restaurants struggle with this.”

Even if the COVID-19 threat mitigates or disappears, he believes dining habits will have been forever affected. Fewer seats, better kitchens, consistent branding, a curated menu, a vestibule for to-go waiting and pickup—such amenities must be staples in the game plan going forward, he says.

Too many kitchens were clogged by inefficiencies, outdated equipment, high utility costs and other large-scale issues, Collison says. Compounding the challenge, P.F. Chang’s clientele was aging, with the younger demographic opting for lower-cost takeout elsewhere.

And those weren’t the only areas where Collison hoped to help. He assessed the condition of each restaurant, giving the company the means to forecast repairs and upkeep—and saving $2 million in the process.

“They’re now able to plan five, eight, 10 years down the road,” he says. “The past 20 years, not once was their construction on time and under budget.” 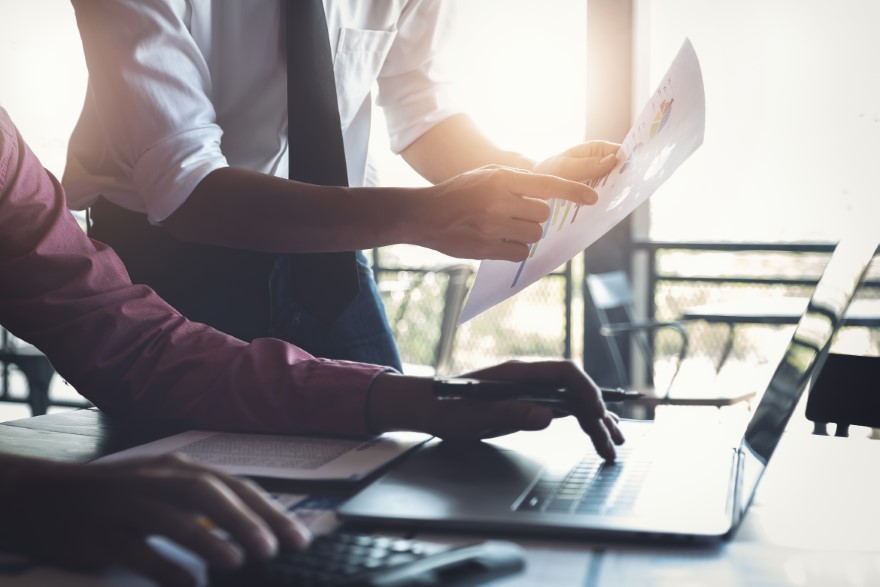 That’s since changed with the implementation of Smartsheet and MS Project used for assigning tasks, tracking project progress, managing calendars and sharing documents through tabular user interface. Those programs replaced a cardboard wheel that had often showed a project was weeks late in its commencement.

“It was a long overdue cultural shift,” Collison says. “You’ve got to remember that before any construction can begin, there is a multitude of other departments that need to be engaged and need to be added to the project planning: real estate, legal, procurement, marketing, IT.”

Then around 16 weeks later, the construction team takes the lead and manages vendors, not internal members. There has to be a partnership which means that vendors are family. Egos must be smoothed sometimes; client first is said over and over and the end goal is delivering the product so everyone is successful, he explains.

It’s a set of skills Collison says he learned on the kindergarten playground: “Does he play nice with others, does he act unselfishly, does he share his toys?”

Regardless of whether P.F. Chang can thrive under its new to-go model, Collison wishes his former employer the best and feels he  positioned the chain to persevere under the most challenging circumstances.

Truth be told, he wasn’t especially interested in working for a restaurant brand back in 2017—but applied anyway. A valuable and invigorating experience it turned out to be, he says of the on-the-fly adjustments that were required: first in helping the company embrace industry standards for facilities assessment and the pain it took to collect the data, then responding to a pandemic that’s had restaurant closures outpacing openings in many  locations.

Another industry will beckon, says Collison. “I’d like to land at a company where they tell me what they need and trust me to give it to them,” he says. 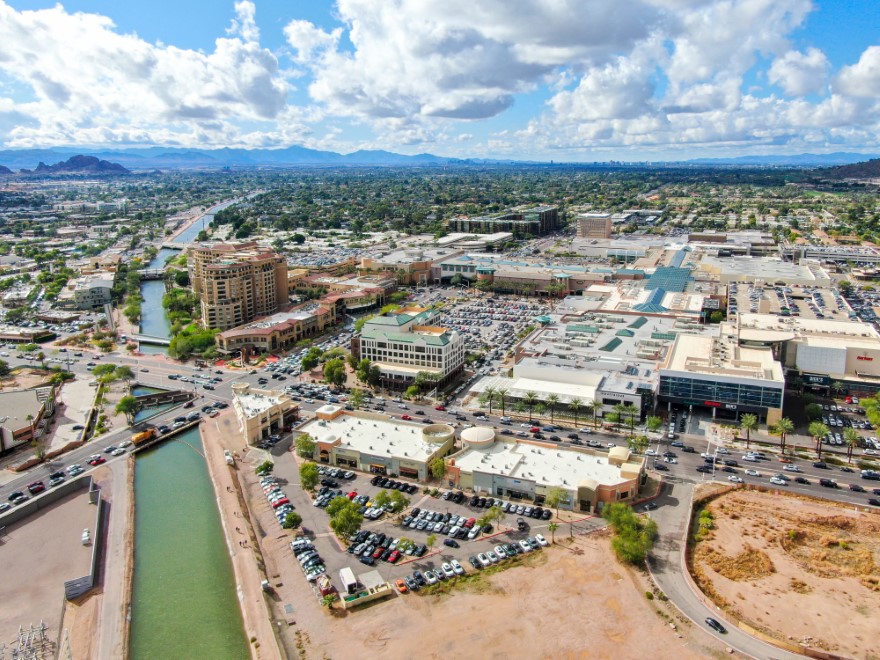 He’s done a lot of that since graduating DeVry University Phoenix with an electrical engineering degree in 1996, serving stretches with many companies and institutions.

By next year, Collison expects to have earned a Master of Science in Construction Management from the Ira A. Fulton Schools of Engineering at Arizona State University.

His phone’s been ringing since his departure from the restaurant chain, with feelers coming from an electric car company, a discount tire operation, a real estate planning specialist and, yes, a successful food chain. Even with COVID-19, the Southwest construction industry hasn’t been in a lull—reason to be upbeat, he says. He also evangelizes about how facilities management should be aligned with the business objective, it being among the most critical of departments.

And for the need for work to be pleasant.

“If you’re not laughing and happy, then you’re not doing what you love to do,” he says. 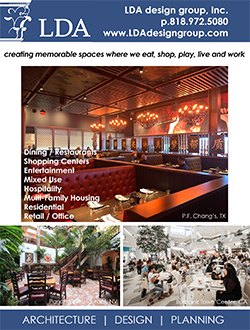