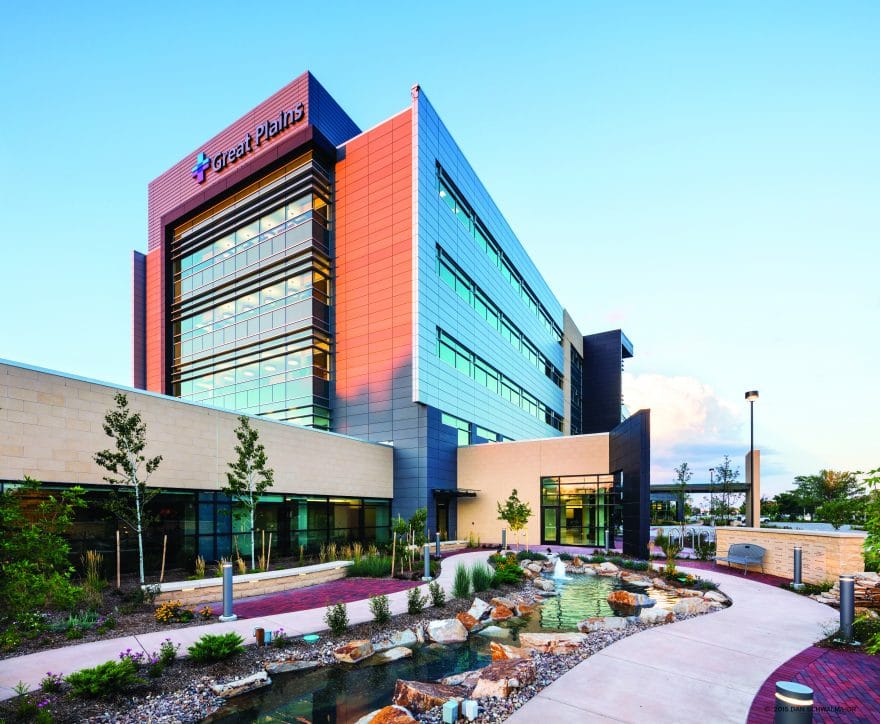 With the addition of the new patient tower, GPH adds approximately 220,000 square feet to its regional medical center, nearly doubling its size and providing patients, visitors and health professionals in western and central Nebraska the space necessary to improve quality, outcomes and the overall patient experience.

No job too big or small

Major scopes of work included the installation of an addition to the existing energy plant that included three new boilers and three new generators. The patient tower is devoted to five floors with decentralized nursing stations and 110 licensed beds in 91 rooms that provide patient care for labor and delivery, postpartum, pediatric, medical/surgical, intensive care and behavioral health. Additional features of the GPH project include expanded waiting areas, a spacious cafeteria, a new main entrance, registration and an education center.

“As with most projects, the structural steel erection and mechanical, electrical and plumbing [MEP] were the most important,” says Heath Franzen, senior project manager for Sampson Construction. “The MEP aspect really drives the schedule of the project.” 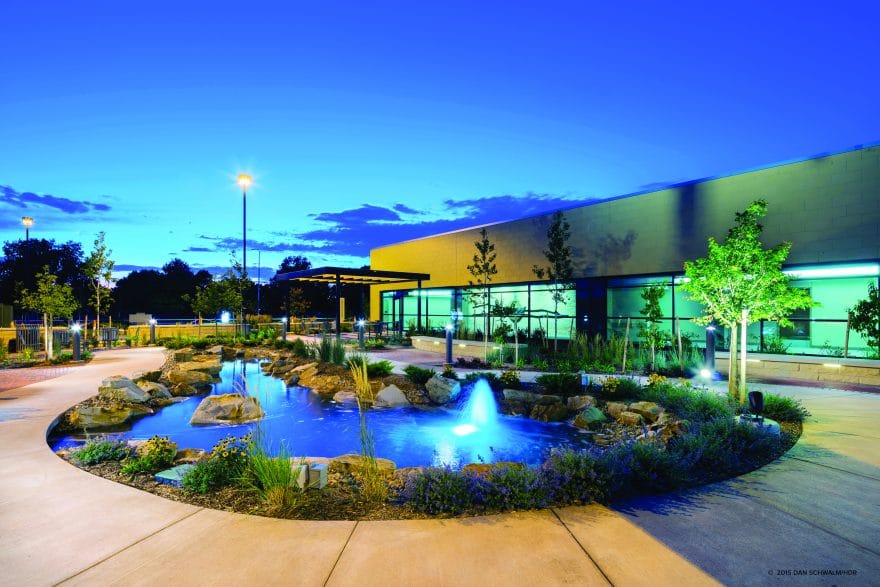 With the numerous hospital and health care facility work that Sampson Construction completes, Franzen says that a unique aspect of GPH was the use of travertine tile on the first level floor, which was imported from Rome. “The travertine came from the same quarry that was used to build The Colosseum in Rome,” he shares. “It’s a natural product that is pretty intricate for a hospital.”

“Working on a hospital campus that remains in full operation is always a challenge, but that’s something that we’re used to.”

Utilizing the Travertine tile and dealing with the import process were among the numerous challenges that Sampson Construction faced throughout the construction process. Other obstacles included some of the higher-level architectural pieces on the first floor and installing a fireplace in the main lobby.

“Working on a hospital campus that remains in full operation is always a challenge, but that’s something that we’re used to,” says Franzen. “We removed a main corridor from the facility when the existing building was demoed. This required extensive coordination with the hospital’s staff and our safety department to ensure no existing services were disrupted during construction. Through the entire project we generated well over 100 impact statements and several preconstruction risk assessments.”

A solid network of strategic partners

As the construction manager on the GPH project, Sampson Construction turned to its strong network of subcontractors for a majority of the work, while maintaining the ability to self-perform certain aspects. “We self-performed the concrete work,” says Franzen. “We also self-performed several finish carpentry items, such as installing the doors and hardware, as well as certain specialty items.”

In selecting subcontractors to work with in completing GPH, Sampson Construction reached out to strategic partners within a 500-mile radius of the facility. “We collected the bids and reviewed each one with GPH prior to subcontract award. GPH had a say throughout the entire process on who we hired,” Franzen explains. “When it comes to working around occupied hospitals, not only is a subcontractor’s bid considered, but their quality, ability to staff the project, commitment to the schedule and past successful projects are all part of what we look at prior to awarding a subcontract.” 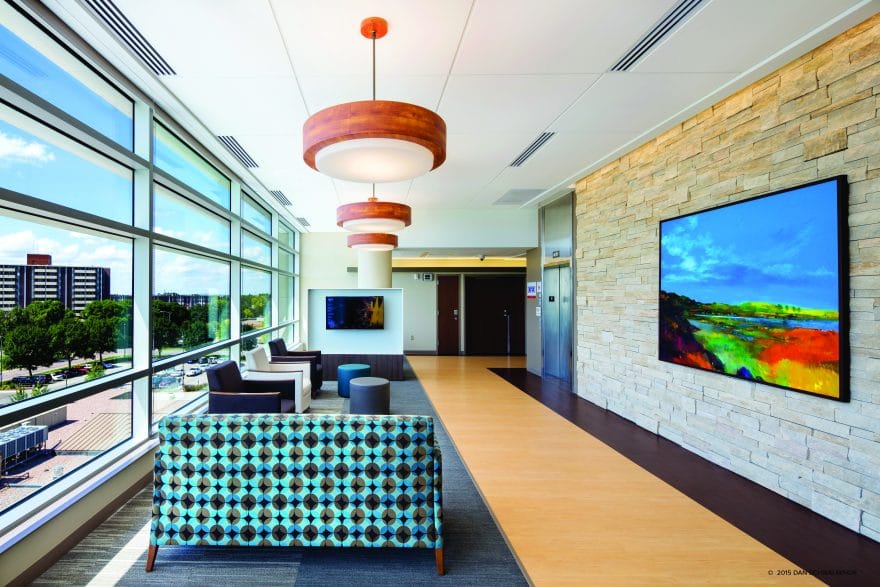 Sampson Construction makes safety a top priority on every jobsite. The company provides a safety officer from its in-house safety team who customizes every safety plan to incorporate project specifics and input from project partners. “Our team takes great pride in providing a jobsite that is organized, efficient and safe,” says Franzen. “Ongoing progress and trade meetings keep everyone informed of upcoming construction activities.”

With the three-phase construction project lasting more than three years, Franzen says that the opening day in August 2015 was the most memorable milestone of the process. “GPH was a great project to be a part of,” he shares. “We worked with some great owners and subcontractors. It really was a fantastic team effort.”

As a full-service commercial and industrial construction company, Sampson Construction has completed projects similar to Great Plains Health in eight states, with a majority of its work in Nebraska, Wyoming and Colorado. With five office locations, the firm is able to serve clients in both urban and rural areas throughout the Midwest and Rocky Mountain region with construction professionals of the highest level for all types of projects.