If you’re from Texas, it’s likely you know a good bit about football and just as much about the oil industry.

But here’s something you probably don’t know about the latter: Oil production can produce naturally occurring formation water—and lots of it. 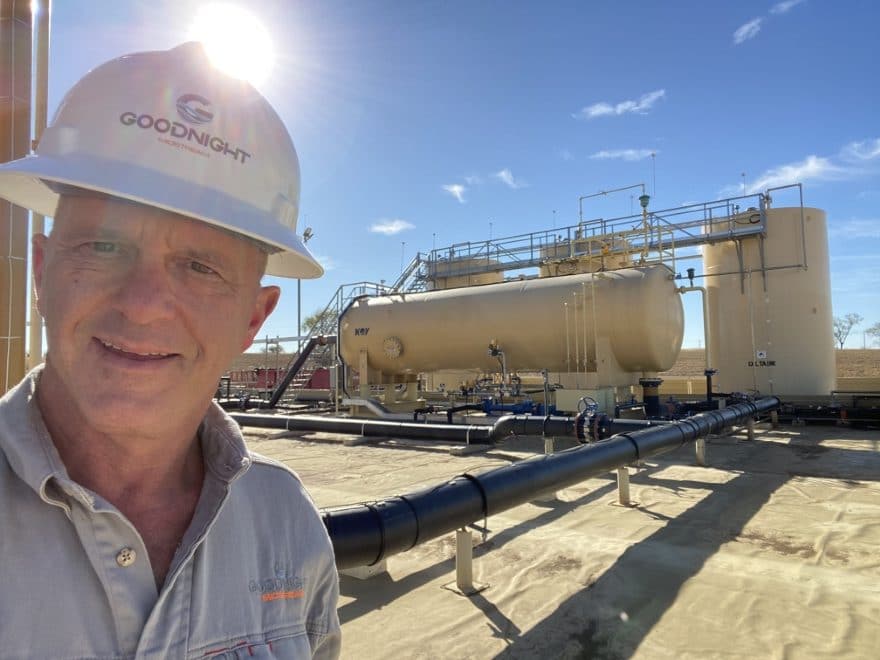 Properly disposing of that water, while meeting strict environmental standards, is the business of Goodnight Midstream—and Gordon Stevenson as its director of capital projects. Piping or trucking water away from drilling sites is complex work, but ever the gridiron fan, Stevenson reduces it to basic football fundamentals.

“In this business, you want to engineer out the opportunity for human failure and you do that through process and project controls,” he says. “It’s not sexy; it’s blocking and tackling.”

Getting into the pipeline

Patrick Walker and Robert Rubey founded Goodnight Midstream in 2011 to manage and dispose of the water extracted with petroleum in the Bakken oil fields in North Dakota.

“Midstream” refers to where the company sits within the petroleum industry, as it does not drill for oil as an “upstream” company or turn oil into products like gasoline or plastics, as do “downstream” companies, Stevenson explains.

By the end of 2012, Goodnight Midstream understood how vital their company could be in the industry.

“I would characterize our industry as fragmented,” Stevenson says. “There are several companies offering similar services, and we compete aggressively for opportunities to serve producers.” 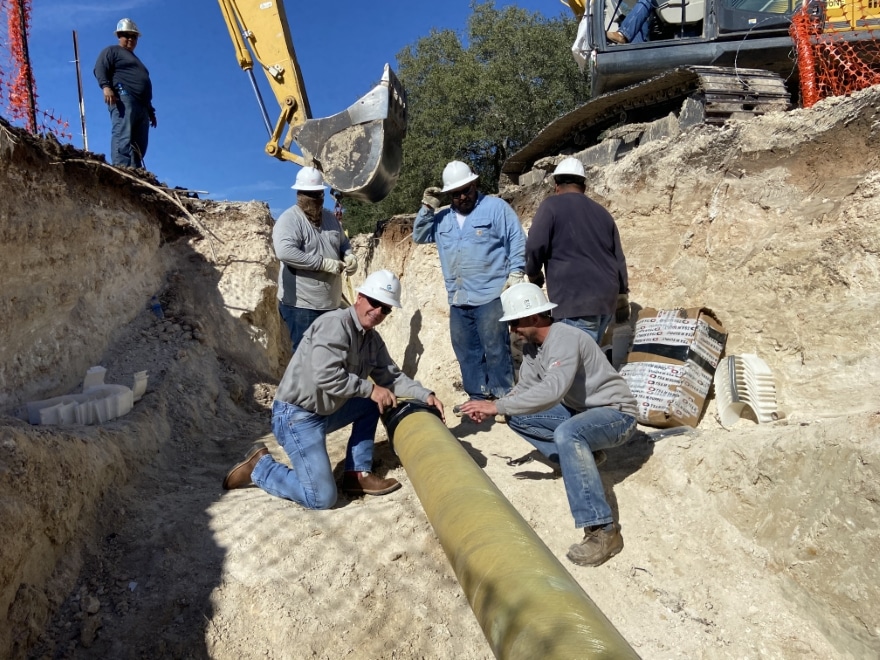 Headquartered in Dallas, Goodnight Midstream has expanded its operations to include the Permian and Eagle Ford basins in Texas, with a substantial portion of its business involved in piping water away from sites for storage and then disposing of it in wells approved by governing agencies. Producers may also haul the water away with trucks, but Goodnight believes piping to be the safer and more reliable alternative, Stevenson notes.

With segments of pipe that can be individually closed in the event of a malfunction or spill, and internal leak detection sensors and equipment, he says the added value Goodnight Midstream offers is the security of its infrastructure and its devotion to protect the environment at drilling and disposal sites he’s in charge of building.

Asked by Blueprint in December 2020 what he had wanted to achieve for the year back in January, Stevenson says it was adding institutional controls to how Goodnight Midstream operates, including its relationship with the subcontractors that are essential to its projects.

Contractors are clearly a need for Goodnight Midstream, but getting the right ones is every bit as important. Stevenson says the outlook is always long-term—the company needs vendors and contractors to pass muster as solid and secure, because it welcomes potential customers to audit its operations.

So the Goodnight Midstream has begun using Vetted.Work, an online system that provides stricter reporting and documenting requirements for contractors and vendors to follow in order to do business with the company.

“We rely heavily on our industry partners to successfully execute the installation of our pipelines and facilities,” Stevenson says. “While we have highly skilled engineers and construction personnel on staff, because Goodnight is an asset management company, we earn revenue through utilization of our assets to handle the logistics of produced water disposal for our customers.” 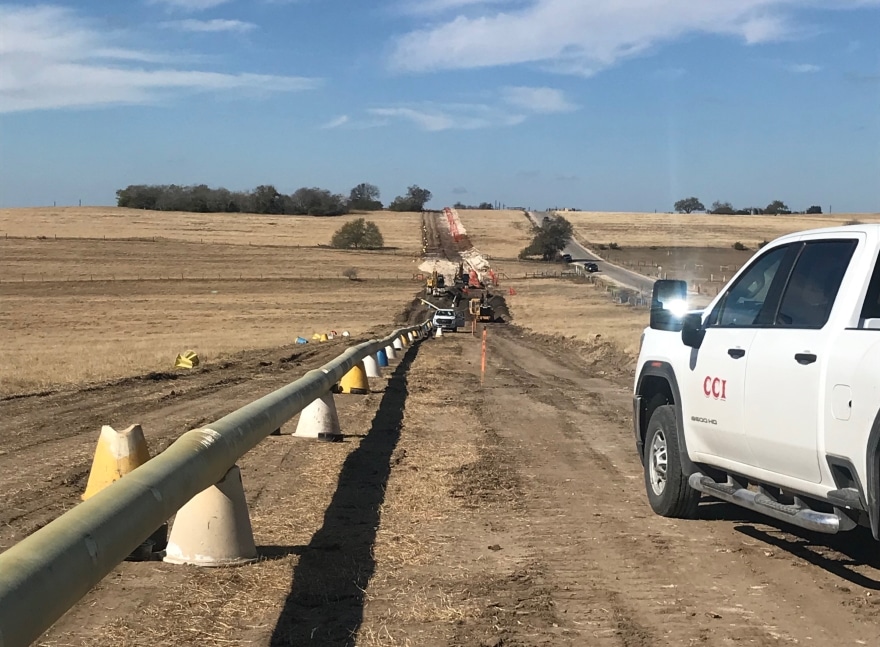 Goodnight Midstream added more diligence to its own operations, too, with a control room staffed 24/7 to monitor video feeds and critical data from all its operations.

While the process of improving how the company works, including its facilities and pipeline design, is always ongoing, the arrival of COVID-19 and a collapse in oil prices jolted the oil industry in spring 2020. As the market rebounds, Stevenson says Goodnight Midstream has an aggressive schedule for its work in 2021.

Staff who had worked together in offices have now pulled together in a very successful pivot to remote work, he adds, but as he takes on new projects it’s got to be with a focus on leaner spending and tighter design discipline that’s turned over to the operations team.

“I look at our team as an internal service provider,” Stevenson says. “We can produce more predictable outcomes for capital spend and operational performance.”

Born in Corpus Christi, Texas, Stevenson has followed the oil industry from the arid Permian Basin in West Texas to the snow and cold of the shale fields in Alberta, Canada, and always in the midstream sector.

He earned a bachelor’s degree in natural gas engineering from Texas A&M University-Kingsville and began his supervisory career as director of commercial development for Houston-based Enterprise Products in 2001.

In March 2004, Stevenson became director at Exterran, leading a projects group in the development, sale, management and installation of new facilities around the world.

In August 2006, he moved to Denver to lead a joint venture project between Devon Energy and Penn Virginia Resources. The Thunder Creek project developed energy sources in Wyoming as he developed plans for facilities and infrastructure construction, while creating and managing capital, operations and maintenance budgets.

“As we continue to grow, we won’t compromise those standards,” he says. “With everything we do, we build on our institutional knowledge and make sure it’s in our processes.”