She’s back and ready to lead

Coming back to school at Carleton University in Ottawa has been an exciting experience for Golchehr “Goli” Monjazeb.

The Carleton graduate, who’s now director of planning, design and construction, brings a lively and humorous approach to overseeing the university’s expansion. 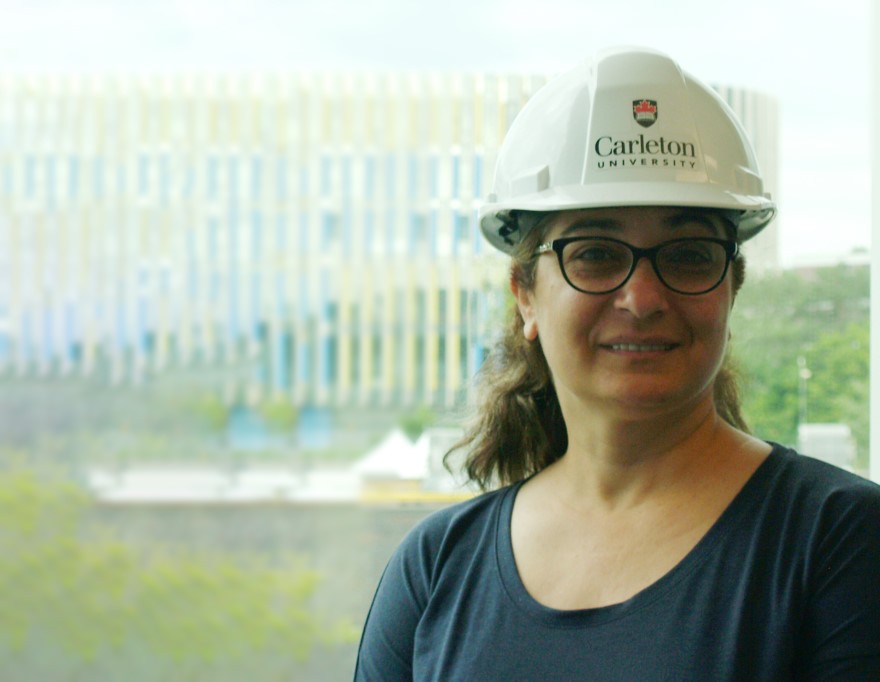 Her expertise ranges from architecture to project management and she’s built a career not only on her accumulated learning and expertise, but by forging ahead where women were not always welcome, with a clear understanding of what it takes to get the job done.

“It’s known to be a high-stress job. You need the ability to multitask under a lot of pressure and multiple deadlines,” Monjazeb says. “People have to have passion to do it; you have to love it.”

Plenty to build on

Located beside the Rideau Canal in Ottawa, Carleton University was founded in 1942 to educate veterans who fought in World War II. Carleton has a student body of 27,000 undergraduate and 4,000 graduate students, with 25,000 of them attending full time.

Monjazeb says there may be about 120 projects pending at any given time, as well as strategic initiatives and planning for upcoming work. 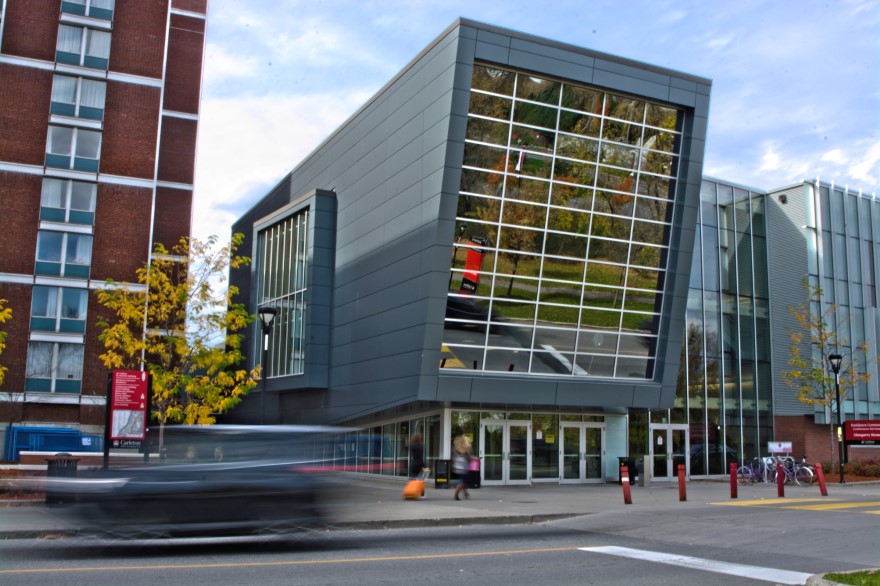 In an industry that’s frequently been male-dominated, she leads a team bringing strong project management skillsets and technical backgrounds in architecture; and electrical, mechanical and structural engineering. She does so by being forthright and open, she adds, empowering both the men and women on her team.

“I like to empower people but also let them make mistakes,” Monjazeb says. “But you also need to say your piece, and if people don’t want to hear it, you need to push through.”

The team is frequently subject to tight work schedules dictated by both a short Canadian construction season and ensuring work does not disrupt faculty or students, she says. 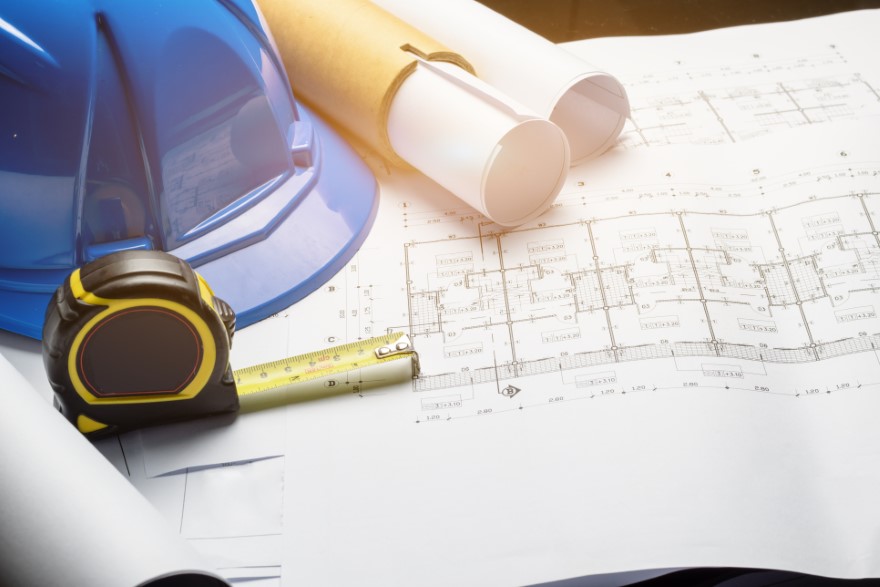 Notable projects include the ongoing construction of the 115,000-square-foot Nicol Building, the new home of the Sprott School of Business, scheduled to open in winter 2021.

The Nicol Building brings together study and faculty that had been spread out in another building on six non-contiguous floors. Within the space, built around an atrium, the Sprott School is also developing an educational partnership with a local coffee chain that is not only setting up shop, but providing an opportunity for case studies used in different courses.

As construction continues, she’s also guiding significant upgrades for the school of engineering, a new residence hall and a new parking garage. 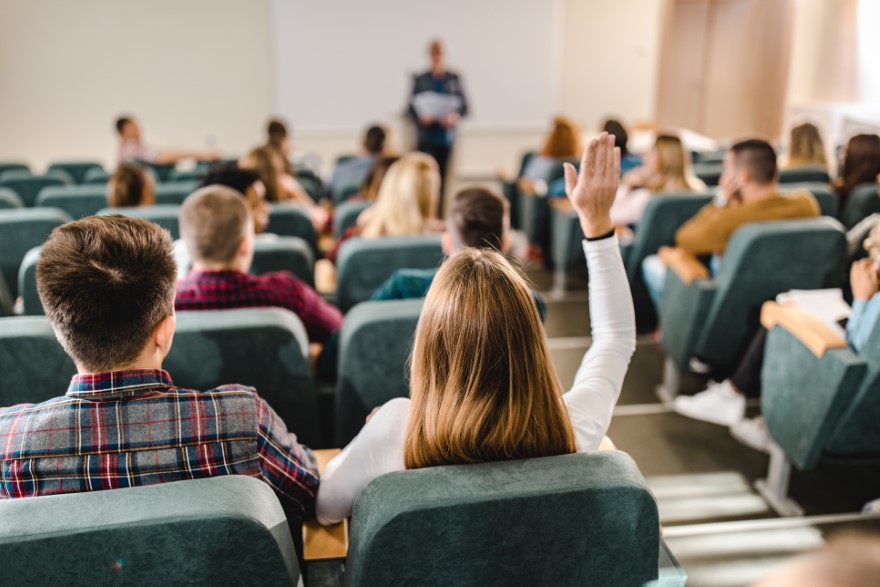 A separate project, the Engineering Design Centre, is a proposed three-story addition to the existing Mackenzie Complex, adding 26,400 square feet that can be used for areas such as robotics and capstone projects.

While noting it would be impossible to guide the transformation of Carleton University without collaboration and transparency, there’s plenty of input to go around.

“It’s brought new challenges to my world of project management,” Monjazeb says. “For example, it’s the first time I’ve had engineers and architects as clients. They’re experts in the field and they are my clients. This makes the process very collaborative and inclusive with a lot of value-added expertise on board.” 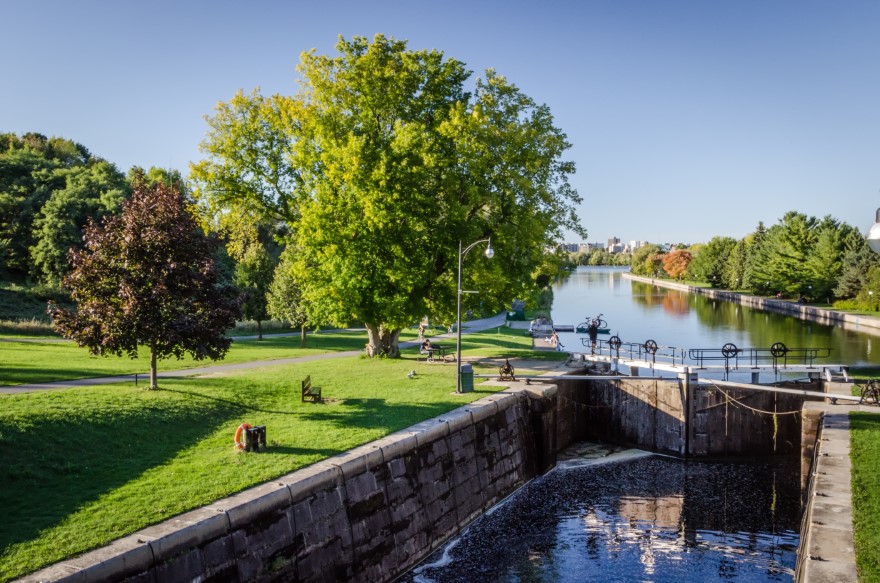 Carleton presently has capacity for about 3,600 first-year students to live on campus and is developing a new nine-story, 450-bed residence hall using passive house design principles such as airtight construction and high-performance windows to promote energy efficiency.

As Carleton looks to alleviate some of its commuter parking issues, it has awarded a contract for the design of a new parking garage to replace a deteriorating 700-space structure. The new garage will also be home to Carleton’s Campus Safety Services Department and may potentially become available for community use as a gathering place.

Monjazeb’s journey to Carleton University crosses three continents. Born in Iran, she left in 1984 when the war with Iraq raged. She first emigrated to Denmark, where she attended high school for a year before crossing the Atlantic to Canada. Throughout, she remembers having a passion for construction.

“As a girl I remember every single birthday I was asking for a saw and I never got one,” she says. “I was always dreaming of becoming a carpenter.” 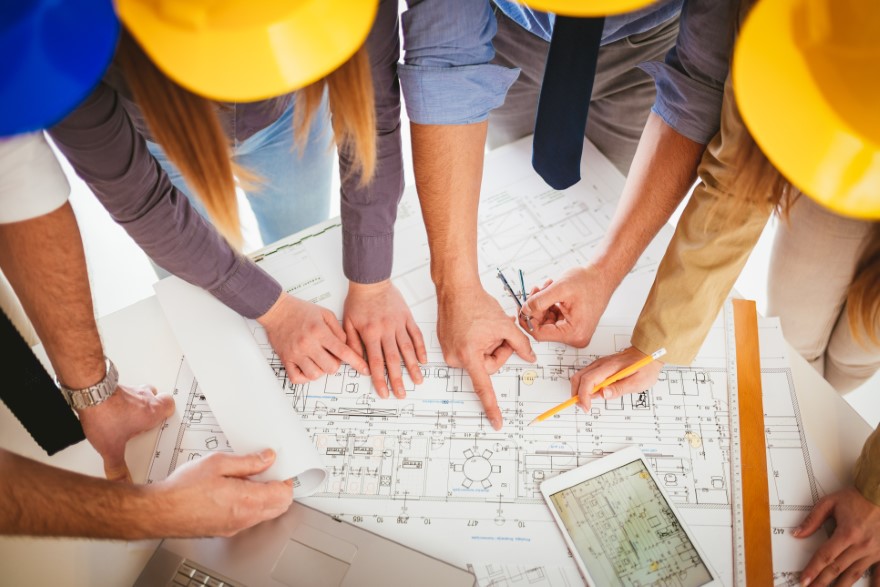 However, her strong interest in drawing and physics took her in another direction—and Monjazeb came to Carleton to earn a professional degree in architecture. She also holds a diploma in architectural technology from the Algonquin College of Applied Arts and Technology and was certified at the Telfer School of Management at the University of Ottawa’s Clerk’s Leadership Program.

Her career began as a project architect with several private firms before Monjazeb shifted to construction management with Defence Construction Canada in 2007. The Crown corporation agency is the construction arm of the nation’s Department of National Defence.

After six years of soliciting bids and supervising construction and environmental remediation projects for the DCC, Monjazeb moved on to the Parliament of Canada.

She began as the senior program manager overseeing the rehabilitation of the West Block Program, then became the director of the Centre Block Program. There she represented the House of Commons as a knowledgeable client, guiding the restoration and modernization work on the historic building; a long-term project scheduled to be completed in 2028. 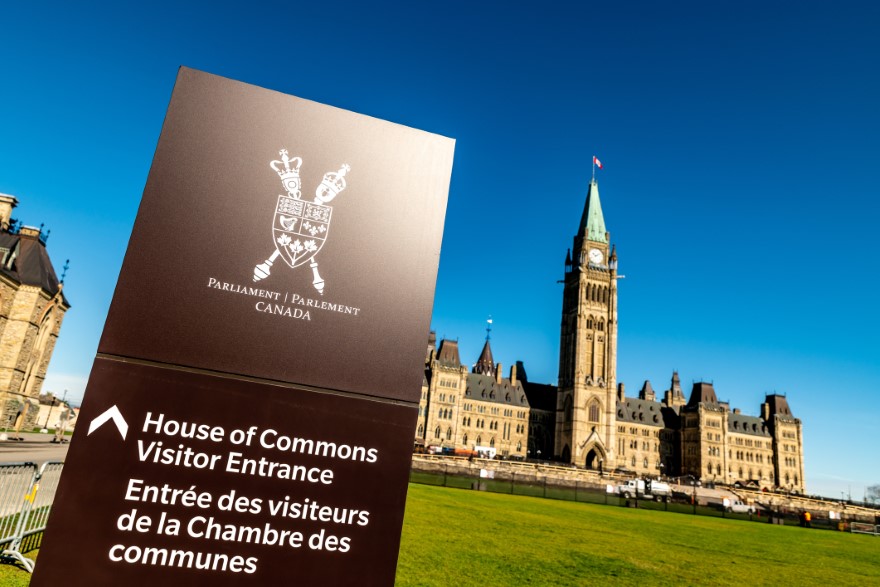 “I really enjoyed the Centre Block program,” Monjazeb says. “It allowed me to work on the most iconic building in Canada and there was a lot of programming and strategic planning involved with that project. At Carleton, there’s a faster pace. There’s a project going on here and a crane going up next door. It requires a lot of coordination and teamwork and you see the results faster.”

It’s an enjoyable pace, with an added benefit that Monjazeb can see her daughter, who is studying engineering, on the Carleton campus. It’s also a culmination of her ambition, skills and desire to succeed in a field that was not always open to women.

Being direct, being transparent and empowering her staff are the keys to Monjazeb’s success and to how the industry will transform.

“In comparison to when I started my career it gives me a lot of confidence to think of what the future holds for the next generation of women in the construction industry,” she says.