Days on the road hauling a 53-foot trailer get long. Whether it’s passing under pines in New England, through the sky-wide expanse of the prairies, or down a mountain pass with a brake-busting descent, it can take a lot of drive to keep driving.

On the roads crisscrossing the country, its common to see Omaha-orange Schneider trailers making these journeys. 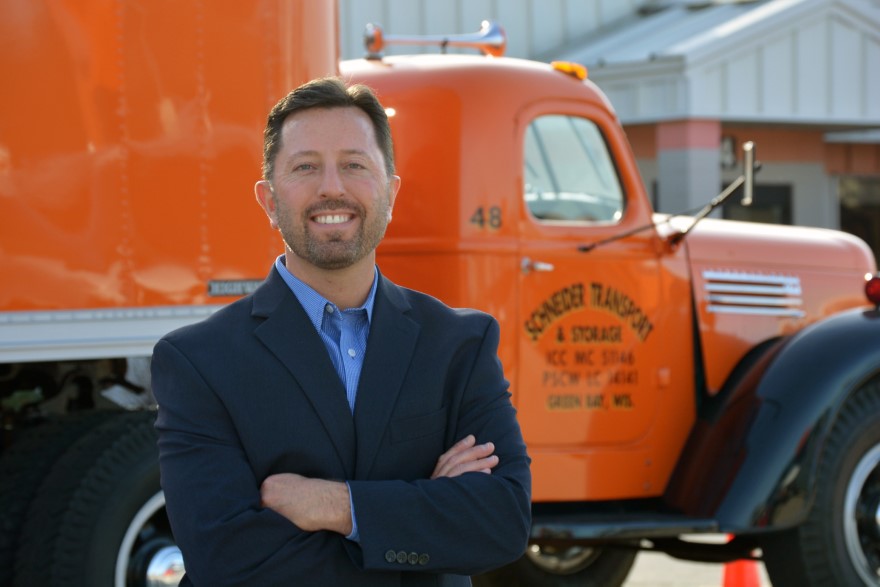 But as Glenn Buntin notes, it’s the drivers inside the rigs who deserve extra attention, and as senior director of facilities, he works hard to give them at least some comforts of home.

“Driver satisfaction and retention is critical,” he says. “We have to do what we can to provide the drivers with amenities they need. My job is to ensure our facilities meet those needs. We’ve been around for 85 years, and even with the transition to a publicly traded company, we’re still family oriented.”

Al Schneider took a huge risk in 1935 when he sold the family car to buy a truck and haul freight around Green Bay, Wisconsin.

His gamble paid off, though—his son joined the company bearing their names and it grew with the network of interstate highways crossing the U.S. Even after the 1980 Motor Carrier Regulatory Reform and Modernization Act loosened government regulations on the trucking industry and some smaller trucking companies could not compete, Schneider continued to thrive. 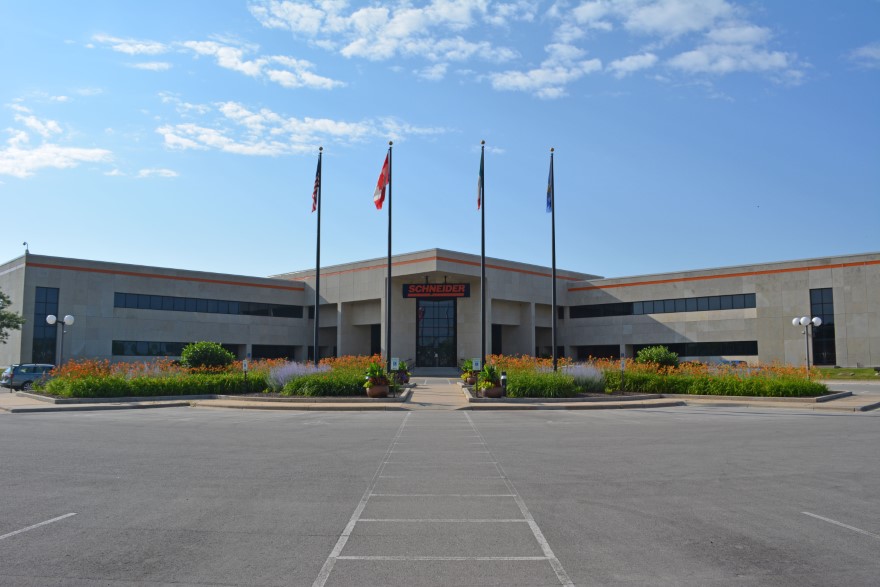 Today, the company serves the world with nearly 13,000 drivers, almost 200 facilities and 15,600 associates. The freight is hauled by 9,000 tractors that can pull more than 35,100 available trailers; and more than 23,100 intermodal containers that can travel by road, railroad or water to 15,000 customers. The company has an annual operating revenue of approximately $5 billion.

Most Schneider facilities in North America are operating centers, warehouses, and drop yards for freight distribution.

With most driver trips lasting more than a day on the road, Schneider’s operating centers—such as one opened in 2020 in Wilmer, Texas, a city pierced by Interstate 45 at the southeastern edge of the Dallas-Fort Worth Metroplex—are also places for drivers to rest. 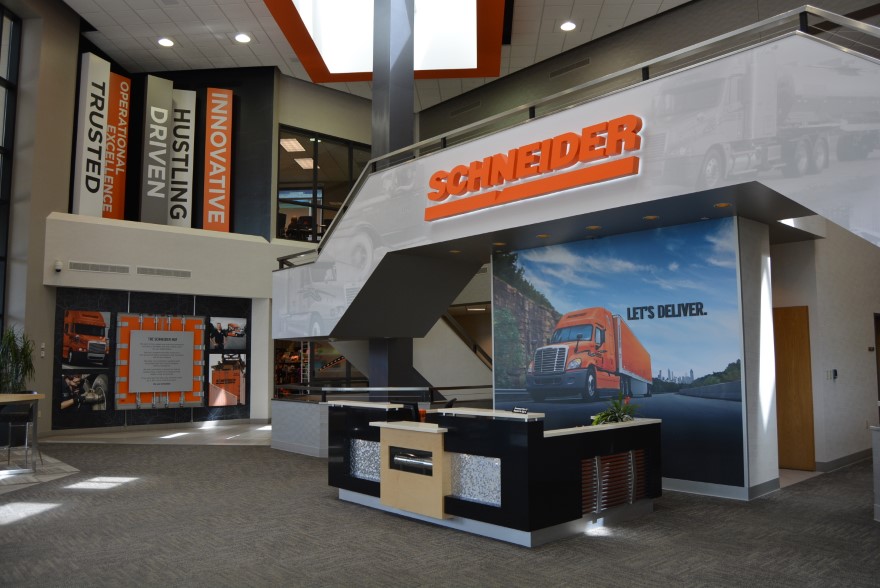 It’s the second largest of the 39 operating centers, second only in size to Schneider’s facility in Gary, Indiana. The centers offer drivers a place to retreat from the road and catch a meal or a movie, do laundry, call home and check in online before fueling up and heading out.

“Like many of our other operating centers, the Wilmer center has dedicated bathroom facilities containing private sinks, toilets and showers, keeping a sense of privacy for the drivers,” Buntin says.

Give me land, lots of land

A lot of room is needed for operating centers, so in planning for them, Buntin and his team scout locations that are close to, if not directly on, interstate highways.

The sites either need existing utility connections or ones close by and the soils must hold the load of the structures and the heavy vehicles they serve. And if on-site fueling isn’t part of the plan, then the operating center must be close to a “go-go juice” stop that keeps the trucks rolling. 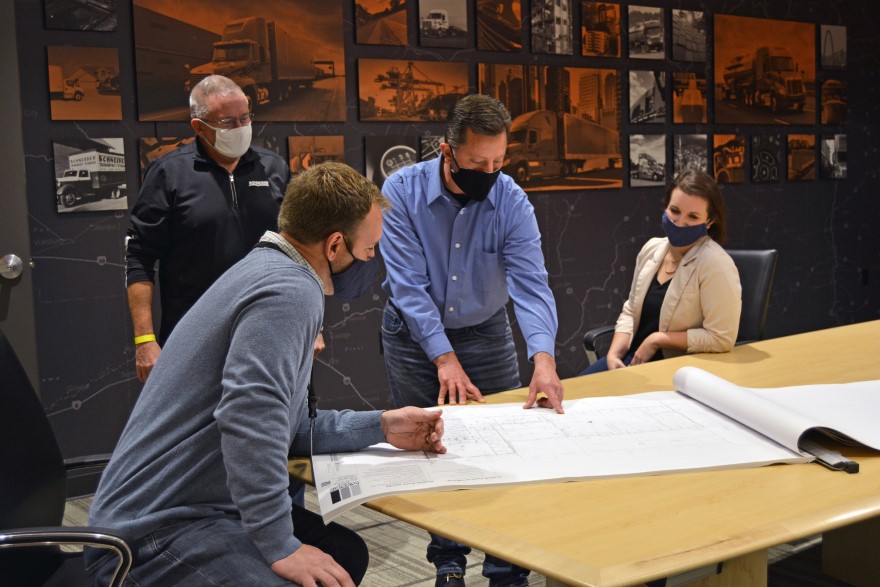 The nearly 200 Schneider facilities are Buntin’s responsibility in a job he says is focused on facility management, project management, real estate and environmental compliance.

“We do construct new facilities, but most of my focus is on our existing facility portfolio,” he says. “I’m also blessed with a dynamic team of facilities management, real estate, project management and environmental compliance professionals dedicated to our drivers’ comfort and safety.”

Buntin oversees a wide range of capital projects annually, ranging from smaller cosmetic upgrades of driver areas at the operating centers, to large-scale additions or new facilities. The driver area upgrades are not always major work but are always welcomed by drivers.

What he had not expected to fall within his purview in 2020 was dealing with COVID-19. 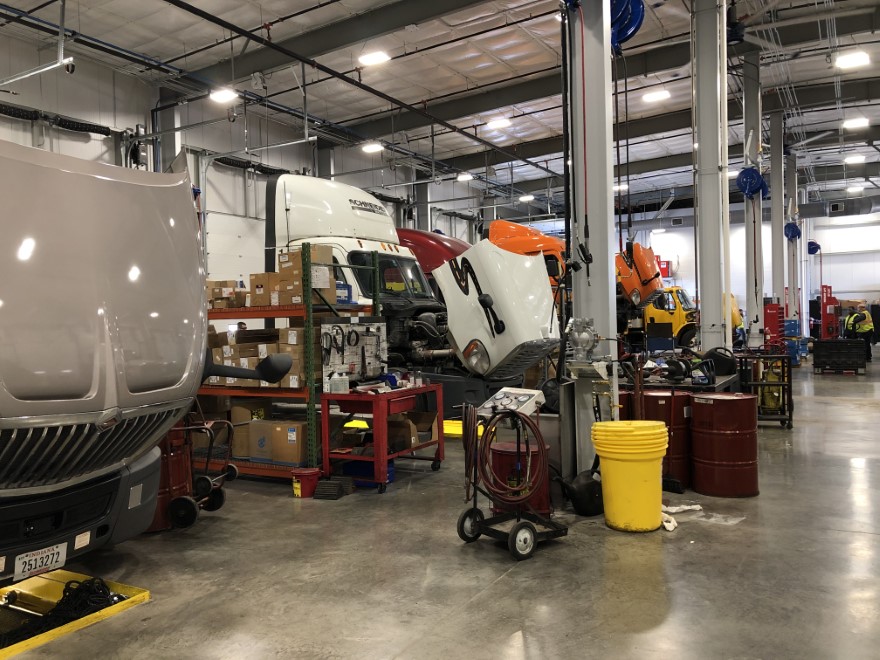 As part of an essential industry, trucks kept rolling as the pandemic spread, though administrative staff in Green Bay and other office locations did begin working remotely in March.

While overseeing the network of Schneider facilities in North America and China, Buntin’s found a job he loves close to home.

A Wisconsin native, he set out to be an architect and earned a Bachelor of Science in Architectural Studies and a minor in urban planning from the University of Wisconsin-Milwaukee in 1997.

Upon graduating, Buntin joined MBA Architects in La Crosse, Wisconsin, believing he would eventually become a licensed architect. His career turned in a different direction when he became architecture and engineering manager for Shopko Stores in 1999, focused on design and construction of new retail stores. 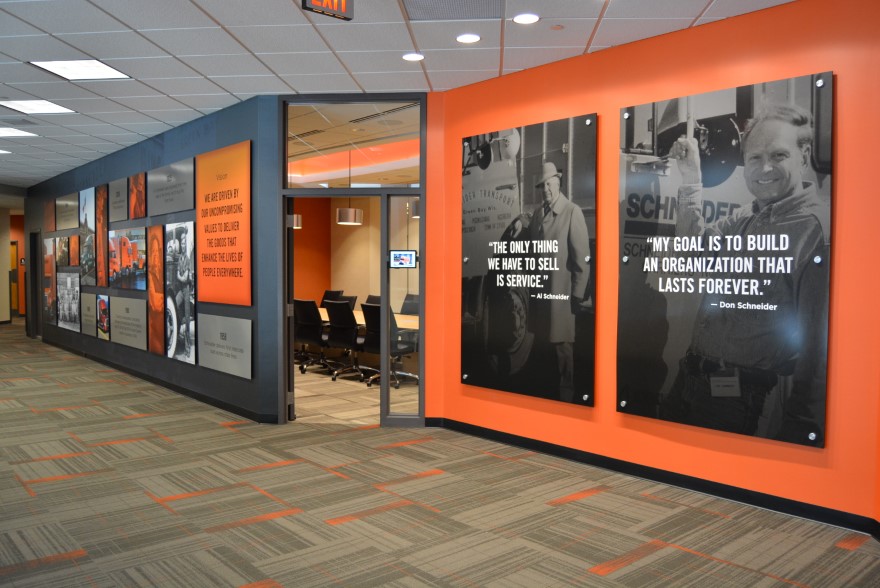 Though he returned to an architecture firm—Performa Inc. in De Pere, Wisconsin—as a strategic facility planner and project manager from 2001-2003, Buntin says he was still drawn to project management and real estate. When he joined Integrys Energy Group as a project manager in 2003, he found he liked carrying out capital projects for a utility that improved the communities it served.

In 2015, Buntin became director of design and construction for ThedaCare, in Appleton, Wisconsin, again working on capital projects that benefit communities the health care provider serves.

In November 2019, Buntin joined Schneider, replacing a predecessor who had been with the company for 42 years. Though primed to manage and upgrade company facilities, he says it’s crucial to help his team flourish and grow.

“One of the greatest opportunities a leader has is to help develop and serve others,” Buntin says. “Having an open heart to helping others is something that I take with me in life and work.” 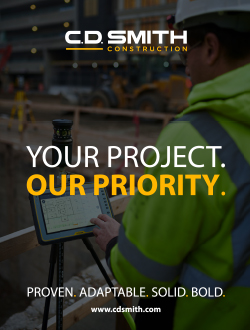