He can be just what the doctor ordered when it comes to upgrades and retrofits of healthcare facilities in the South and heartland.

Director of construction management for Holladay Properties’ healthcare services division in Nashville, George Phelps is readying his team for a 16,000-square-foot MRI specialty area and clinic in the Brentwood, Tennessee, area.

His crew recently finished up a remodeling project at Centennial Heart in Nashville, a longtime client. He’s got other projects pending, including the remodeling of an orthopedic clinic, X-ray room and another clinic. At any time, he might be juggling 15 to 20 projects, many relatively modest and in multiple states, but as Phelps reminds, even a small job is anything but routine when a healthcare client is involved. 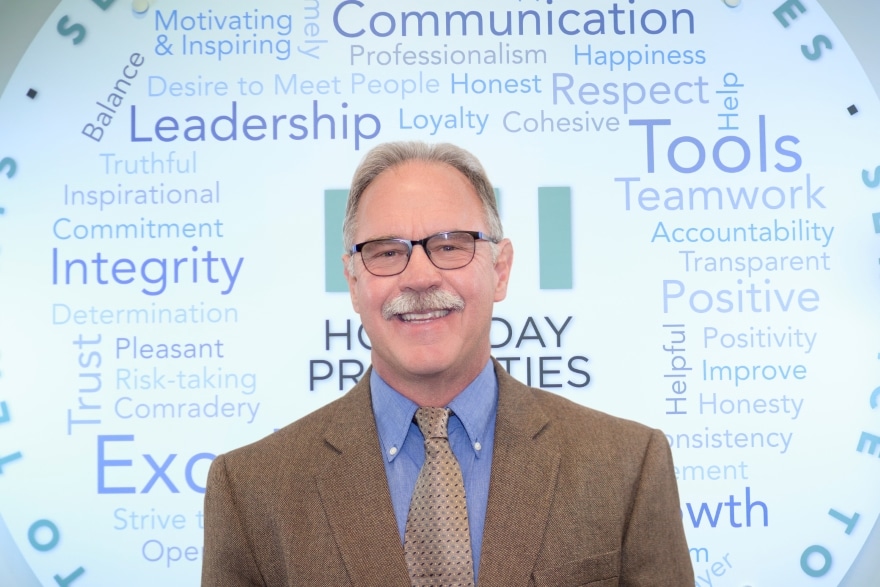 “Small doesn’t make it any easier,” he tells Blueprint while working remotely, in late winter, from his home in the Nashville suburb of Mount Juliet, Tennessee. “Small or big, you approach it the same way. You’ve got to do it on budget, on time or maybe ahead of time, and with minimal—if any—disruption to patients and staff.”

It’s a challenge that’s been intensified in the past year, what with COVID-19 stalling some projects due to safety protocols and restricting Phelps from some of his on-site oversight. But it’s also been the catalyst behind Holladay Properties ramping up its virtual capabilities, he says, which positions the company well for what could be a post-pandemic business model.

Over the course of his more than 20 years at the Nashville office of the South Bend, Indiana-headquartered company, Phelps has also nurtured a trusted team of contractors and subcontractors and, if issues arise, he’ll step in as a decision-maker or mediator. Nashville being the company’s healthcare construction hub, and with projects pending throughout the South and Midwest, he’s got much to keep him busy.

“When there are people around who won’t make a decision, I will,” he says. “I make my decisions out of practicality and with the best knowledge and stand by them.”

Just bring on the work

While he doesn’t keep specific count, Phelps reckons that throughout his career he’s put his stamp on between 700 and 800 projects, generally physicians’ offices, outpatient clinics and hospital wings, with a typical buildout between 1,500 and 3,000 square feet. His employer also maintains a hospitality division and a development division, but he isn’t involved with that, not with the need for healthcare upgrades being so strong in his region of Florida, Tennessee, Missouri, Illinois and Minnesota. 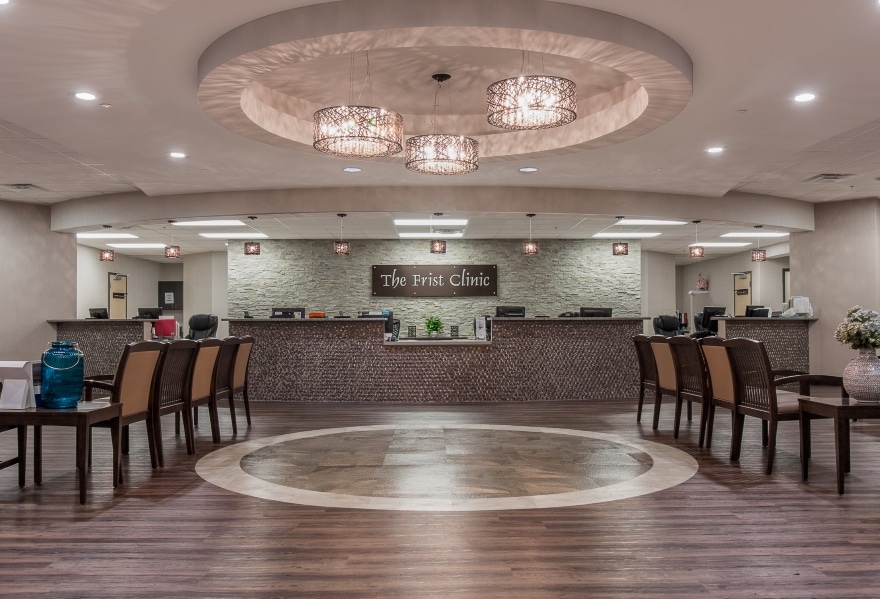 Sometimes, the biggest challenge can be meeting the expectations of clients, he says, explaining that Holladay Properties. But that’s a nice problem to have, one that he says can bring out the best in everyone and keep the work possibilities flowing.

Now 62, Phelps talks of staying in his position for another decade and passing his know-how to a younger generation in the trades, where he says there’s so much potential for growth. Indeed, it’s been the ideal fit for Phelps, the western Kentucky-born son of an industrial factory engineer who introduced him early to the joy of working with tools.

He essentially acquired his skills from the ground up, working in the same plant as his father, while studying mechanical engineering at Shawnee Junior College and then Coker College, and joining the carpentry union. Phelps enhanced his qualifications with a universal HVAC certificate, and at a young age became chief engineer for a large Nashville property management company.

And there’s no substitute for teamwork, he makes clear. Vendors part of the team, even if just for a project’s duration, must also be nurtured and considered for subsequent work if they acquit themselves well. 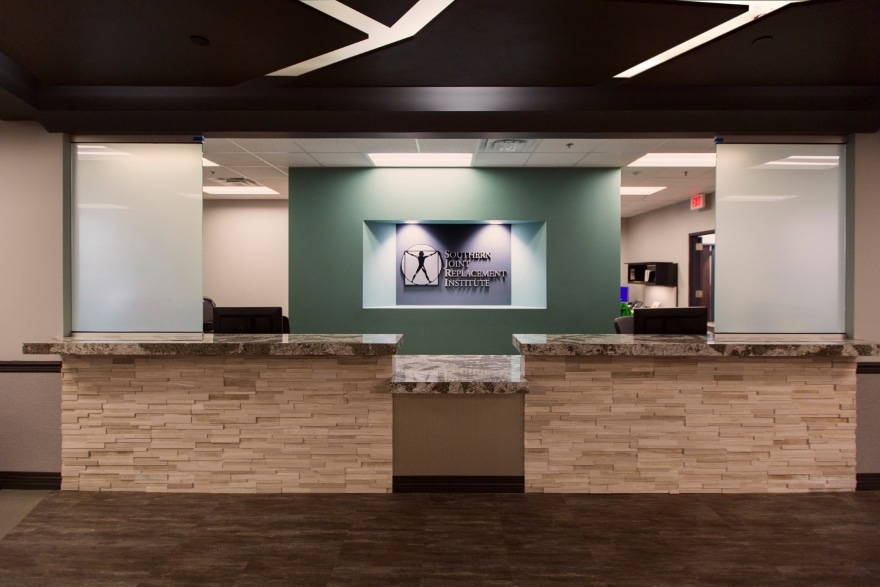 There should be more work coming, Phelps says, though he’ll wait for the deals to be sealed before going into detail. The COVID-19 crisis lessening, healthcare institutions are ramping up expansion plans, particularly in the southeast with its growing population of retirees. He credits the women in accounting, and the leasing and property management teams that, upon inking a deal, hand him the baton. Again, it’s all about teamwork and relationships.

But when not keeping busy on the job or with his wife and three children—ages 18, 20 and 21—he’s got some interesting, even eccentric, hobbies. His late mother being an antiques aficionado, he too has an eye for mementos such as vintage license plates or signs for some long-defunct company—perhaps an automotive or gasoline operation. Greater Nashville being a mecca for flea markets, yard sales and antiques barns, there’s no shortage of possibilities for Phelps to scout.

“It’s always been in my blood, but I’ve been addicted to it the last five or so years,” he says with a laugh. “It’s fun to find these items, but it’s getting harder to find, as it seems everyone else has gotten into it.”

But family comes first, Phelps is quick to add, saying if it came down to a choice between his wife and kids and the relics, he’d opt for the former. Could be his professional colleagues and vendors would also supersede the swag, having done so much to keep it business as usual during the pandemic.

“To be honest, I don’t think we’ve limped a bit,” he says. “We’ve been able to keep good people at the sites and I’ve been able to make limited, but very productive, visits during the pandemic. I still visit when I can, and remotely, if necessary. We’re doing well and keeping the owners happy.” 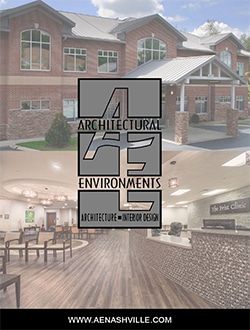 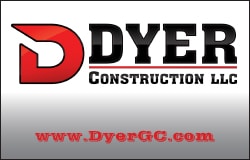 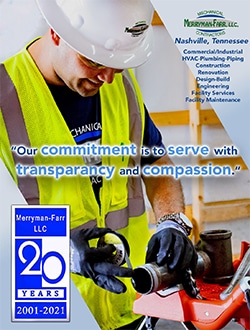