Since 1992 GCI General Contractors has been serving clients throughout the San Francisco Bay Area as a leading sustainable building and commercial interior construction specialist. With a strong presence in San Francisco and Silicon Valley, the company’s list of clientele has grown over the years to include some of the country’s most recognizable brands

GCI works primarily in building and site renovation, infrastructure, labs and tenant improvement, completing projects for clients across a range of industries from biotechnology and environmental services to finance, law, media, manufacturing and technology.

Mariel Gutierrez, marketing coordinator at GCI, credits this growth to both the company’s expanded geographical footprint and a newly expanded presence in the technology and medical sectors. “We’ve expanded further into South San Francisco and the Peninsula with our laboratory work and with the technology boom, we have expanded our presence throughout the Google, YouTube, and Salesforce campuses,” she says.

At home in the technology sector

Fun is no exaggeration when it comes to working with some of the Bay Area’s technology leaders. With a focus on offering a superior company culture and the ability to make nearly any pie-in-the-sky office layout dream a reality, companies such as YouTube and Google offer a unique chance for GCI to flex its creative muscle.

On a recent project at YouTube’s offices in San Bruno, California, GCI renovated over 400,000 square feet, earning LEED Platinum recognition for the project designed by Huntsman Architectural Group. The effort was the latest in a relationship that stretches back to 2012 and included the renovation of the company’s main event space, café and Brand Lab executive conference room, as well as some features designed purely to entertain. “The big slide they have there? That was us,” says Gutierrez. “Our team had the honor of taking the first rides down the slide!”

GCI has also worked with Google on a number of occasions, including a recent project that saw the general contractor team up with Envelope A+D to design and build a custom exterior seating enclosures for mobile food trucks. Working closely with the designers, GCI was able to deliver a cost-effective solution with no 90 degree angles as to control water runoff. 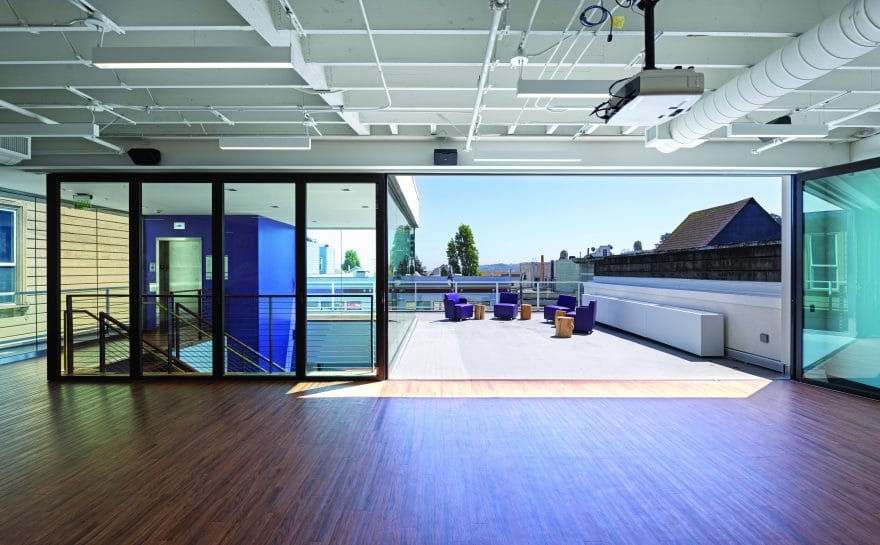 Recent effort is just the latest in a relationship between GCI and Google that will extend into 2017, with the general contractor slated to complete a clean lab for the tech giant, along with renovations to its Google Clem facility.

An ongoing relationship with biomedical powerhouse Genentech since 2002 represents one of GCI’s longest-standing relationships. GCI will complete more than 18o jobs for Genentech this year along as part of an alliance contract that runs through 2018. “The projects vary in size, but lab work like that is a big growth sector for us,” she says.

At 50 Fremont Center in San Francisco, GCI worked with building owner and cloud computer giant Salesforce to install the country’s largest LED wall. Designed by LED specialists SNA, the 4 millimeter-thick LED wall spans 106 feet in the lobby of Salesforce’s headquarters. Offering more than 7 million pixels and surface-mount device (SMD) technology, the wall can display a changing area of nature scenes or landmarks including a forest, rushing waterfall or the Golden Gate Bridge.

A LEED-ing destination for younger workers

Despite recent growth that includes a doubling of its workforce, Gutierrez says that GCI has managed to maintain the family atmosphere of a much smaller company. “We have a lot of employees who have been here a long time, so it really is like a family,” she says.

As one of the Bay Area’s leading green building general contractors, GCI attracts a lot of young talent looking to enter that particular construction niche. “We have a lot of LEED, Living Building Challenge and WELL Building Experience, which attracts individuals who are passionate about the environment and want to make a difference by participating in this growing field, and GCI offers that platform. Northern California is hyper aware of sustainability and we have the infrastructure here to carry out any sustainability goals that our clients want,” says GCI’s sustainability manager, Emily Naud.

Given the steady influx of younger employees, GCI has made a concerted effort to make sure they feel welcomed and are well-integrated into the company structure. 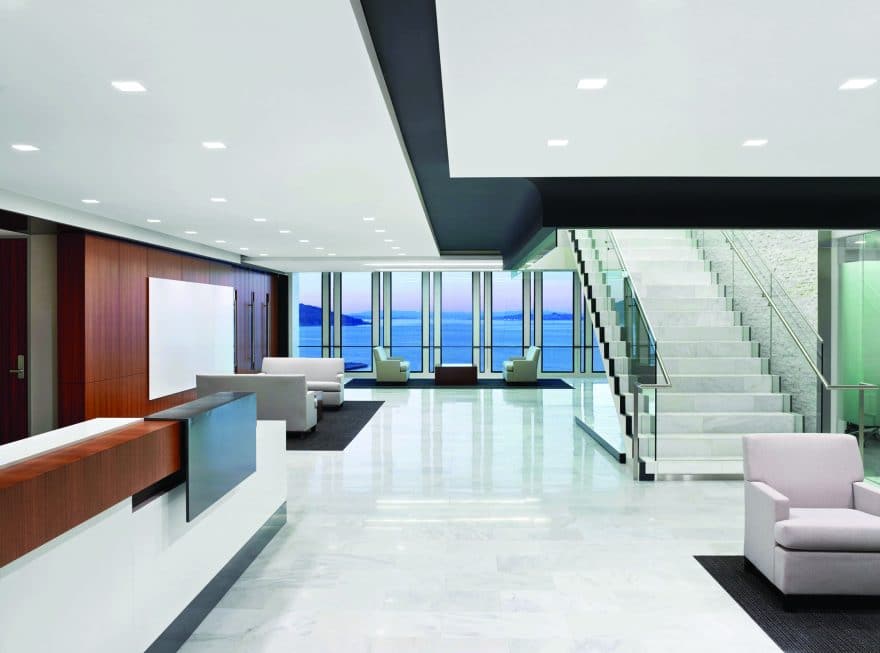 “We have a system here where the senior officers take the younger ones and help them grow into other positions. What’s nice here is that once you’re in and express interest in a certain career trajectory, they work with you to be able to do that; there’s so much room to grow and everyone is very accessible, even the principals,” she says.

That commitment to employee development is reflected in Gutierrez’s own story. Having worked for the company before the recession, Gutierrez rejoined the GCI team in 2016 after earning her a degree in communications.

“We have a system here where the senior officers take the younger ones and help them grow into other positions. There’s so much room to grow and everyone is very accessible, even the principals.”

A focus on customer service and interpersonal relationships has allowed GCI to not only survive, but thrive during some difficult economic times. “We build relationships we keep then and we hone them. A lot of our work is actually by referral and we have long relationships with companies like Genentech, Salesforce and Google,” says Gutierrez.

As the company continues along its unprecedented growth trajectory, Gutierrez is hoping to help GCI become more thoroughly integrated into the local community through outreach and education efforts. “One of our strategies is using social media as a learning tool to educate the community,” she says.

As GCI General Contractors continues to grow, longstanding relationships with some of the Bay Area’s most dynamic, recognizable companies should help ensure ongoing success for the Northern California company.