Gardens and vegetation are, ironically, not the best way to go green on college campuses. The water consumption alone can be drastic, especially in places like Los Angeles, California, which is in the third year of a historic drought. That’s why Garrett Solomon worked with a design team to plant eco-friendly greenery.

In 2015, Scripps College—located in Claremont City at the eastern edge of LA—was in the developmental stages of building a new residence hall. While architects and designers were focused on recreating the Mediterranean style of architecture popular in the 1920s and 1930s in southern California, the grounds team focused on choosing and planting drought-resistant vegetation. Deciding on plants like fruit bearing trees that can absorb carbon dioxide, they brough their ideas to Solomon. He then coordinated with the construction teams and vendors. 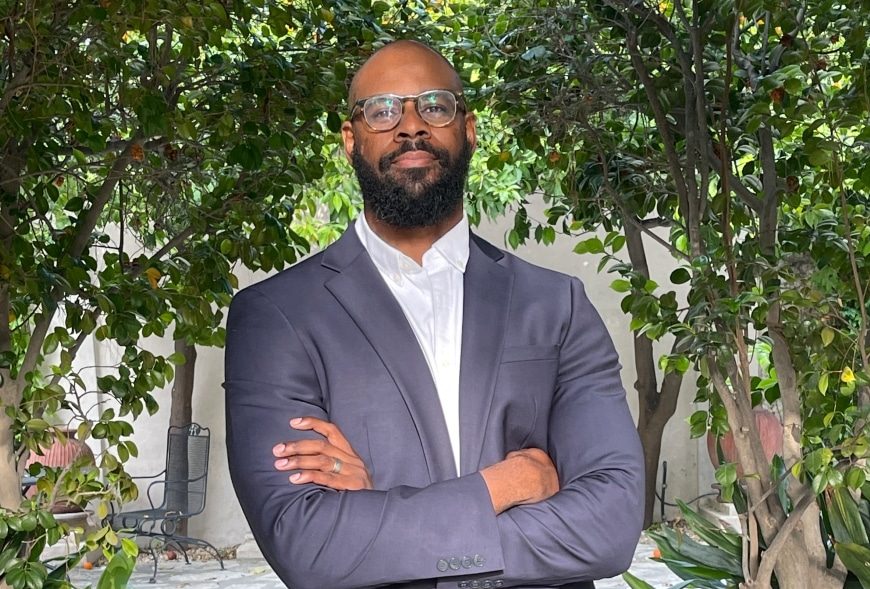 An operations manager when he joined Scripps in August 2015, Solomon says Schow Hall was his first major project. His focus was sustainability and ensuring the residence met Leadership in Energy and Environmental Design gold standards; LEED gold is only second to its platinum rating and is awarded to healthy, highly efficient and cost-saving green buildings.

“While at Florida A&M University, I was on the sustainability committee and noticed that people had trouble integrating sustainability and construction,” recalls Solomon, who changed that with Scripps College’s nearly 40,000-square-foot Schow Hall after construction broke ground in 2016.

For non-drought resistant plants, the grounds team developed a drip irrigation system, which uses 30-50 percent less water than other watering methods like sprinklers or hoses. The decrease in water use puts less strain on the college’s budget and the environment, delivering water to plant roots instead of over every inch of soil. Solomon functioned as the bridge between the grounds team and the construction crews.

“In today’s day and age, we must figure out best practices and plans to keep pushing towards carbon neutrality, which doesn’t always revolve around vegetation,” he adds. 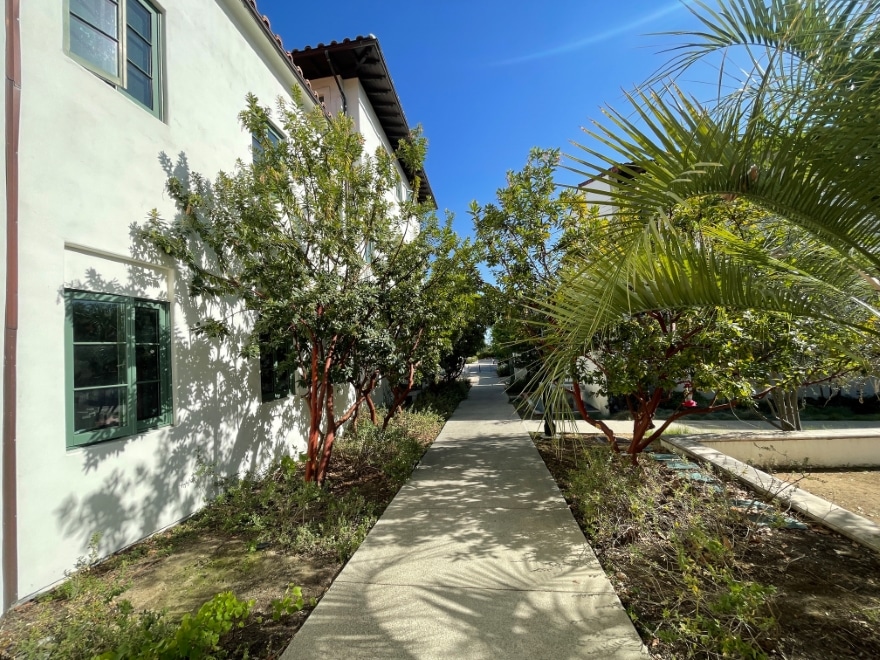 Solomon is referring to the concrete blocks that make up the walls and foundation of the new residence hall. He spent seven months collaborating with the design team to search for the best sustainable materials. He also spoke to LEED consultants about which materials met their standards and chose one containing 25 percent recycled content, which keeps the building passively cool and reduces the need for air conditioning.

For more efficient heating and cooling, he chose advanced refrigerant flow systems made by LG. He also selected Energy Star certified appliances, including fridges that are 15 percent more energy efficient than conventional models and dishwashers that could save 1,900 gallons of water, each, over their life cycles.

“Schow Hall is a home for these students,” Solomon says. “I carefully chose appliances that students and their wallets would love—as would the planet. Finding that delicate balance was worth the effort.”

From fruits to freezes

To meet other aspects of the LEED gold certification, Solomon worked with builders to choose and install low flow water fixtures, such as faucets and toilets that allow users to select between low-flow and high-flow options. He also ensured water reclamation systems were installed to purify sewage water that is then used in the drip irrigation infrastructure.

He also partnered with Scripps’ IT department and vendors to install low voltage data cables, so students have high-speed Wi-Fi and fast elevators without high electricity usage. He installed WattStopper lighting controls to reduce the usage of the installed LED fixtures. The sensors turn on lights only when someone is in the room and dim common area lighting to 50 percent. 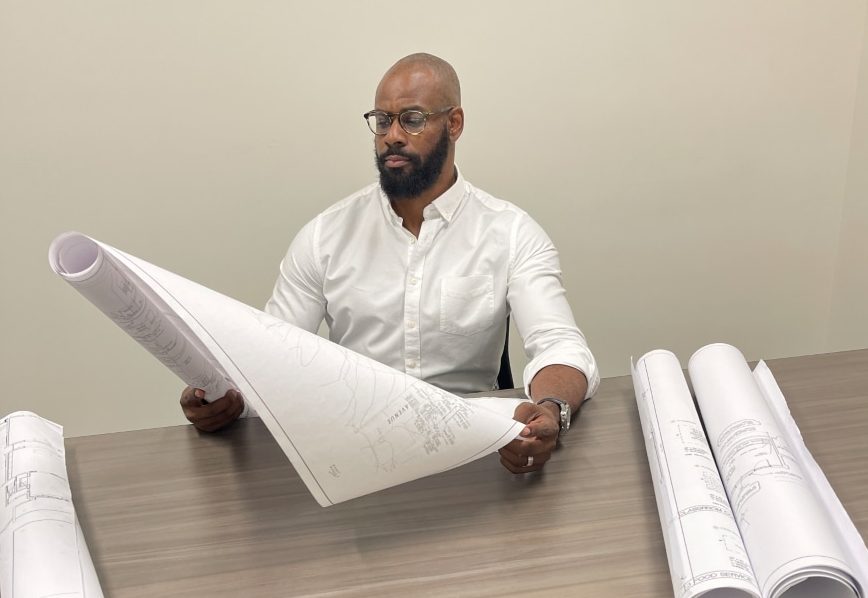 Along with the installation of solar panels and low emission boilers for hot water, Schow Hall opened in fall 2016 with a LEED gold certification.

Since then, Solomon has also been applying sustainability efforts across campus. He updated equipment that was consuming too much energy, such as boilers and chillers, which he set on a schedule so they’re not unnecessarily running. To further reduce energy consumption, he pushed for the installation of electric vehicle charging stations and bike racks.

“We’re saving the campus money while saving the environment, a win-win for everyone, especially the students,” he says.

Solomon says his passion for sustainability isn’t limited to his office. For over a decade, he’s had several reef tanks at home.

“I’ve always had a love for marine biology, and the tank is calming,” he says. “I fell in love with natural beauty of reefs on a Jamaican vacation about 13 years ago, and this allows me to have my own little piece of the ocean.”

With reefs dying due to global warming, the tanks are his way of protecting and helping the ocean. He can return the coral he grows back to the ocean to help the underwater ecosystem. 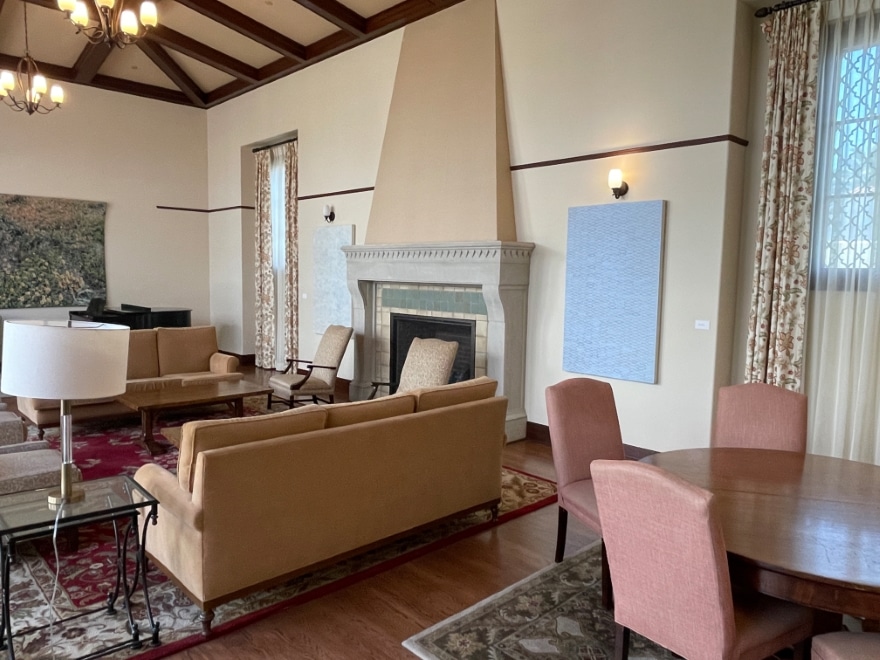 Even when working toward a bachelor’s in architecture at Florida A&M, he was interested in sustainability. His passion only grew when he interned at the university for a year as a facilities manager alongside the man who, a few years later, would become his father-in-law.

Upon graduating, he applied to several places and loved the challenge Scripps College presented in overhauling old systems and equipment to become more eco-friendly.

“Scripps had sustainability initiatives in place when I arrived, but I’ve enjoyed putting those into overdrive, so that everything I touch on campus is colored green,” Solomon says. 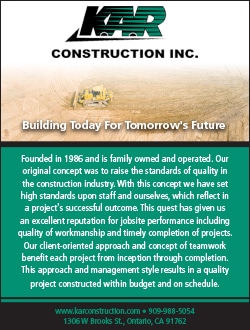