Storied and stoic, the New York Public Library is known for its books, its vast research repository and its lectures—and for being the stronghold for survivors of an icy apocalypse in the 2004 movie “The Day After Tomorrow,” during which survivors are forced to choose which books to burn to stay warm.

But Garrett Bergen looks beyond all this, maybe that last part especially. He pays most attention to the nuts and bolts—the air conditioners, the doorways, and the physical conditions of branches, many of them born of the 20th century but in need of 21st century care. “We have a spread out portfolio that is heavily used and rightly so,” Bergen says, “but managing a geographically diverse set of properties is challenging because it stretches your resources.”

In one of its newest projects, the NYPL has partnered with the NYC Economic Development Corporation and just broke ground for a 10,000-square-foot branch on Staten Island. It is designed for modern library patrons.

“People come in not to just get books, they come for learning experiences,” Bergen says.

The single-story space will have much more than bookshelves, such as a dedicated children’s area to get kids into reading through storytelling and other events, as well as meeting spaces for local groups. Those rooms can be accessed after regular library hours, Bergen adds, and the branch will have solar panels on its roof.

Building new also allows better designed access for all patrons and staff and modern systems—including solar panels on its roof—to power the building and control its climate; luxuries Bergen does not typically enjoy with NYPL facilities.

“Any time you are starting from ground up, you have much more flexibility,” he says. “Your budget considerations become the primary decision driver when building.”

The cost of generosity

The roots of the NYPL are common to those found throughout the U.S., endowments by steel magnate Andrew Carnegie, who funded, at least in part, the construction of more than 2,500 libraries between 1883 and his death in 1929.

Of the 88 current NYPL branches, 30 were endowed by Carnegie and are about 100 years old. They exude some elegance and solidity, and, at least on the exteriors, are protected by historic preservation guidelines. In all, Bergen says 38 NYPL buildings have historic designations. He explains the NYPL has five ongoing renovations at Carnegie libraries, budgeted at a total of $100 million. Even if the library’s interiors do not have restrictions on renovations because of historic considerations, they remain challenging to bring up to date.

“It is absolutely a challenge for us across the board,” Bergen says. “A lot of our buildings are older ones and not designed with the accessibility principles used today.”

Changes will allow better public use, but can affect the services offered, he adds.

“Do you take the stairs out and make a grade level entrance and put in a lift?” Bergen speculates. “That may be less space where you can have a kids program or bookshelves.”

The NYPL operates as the Astor, Tilden and Lenox Foundations which can raise endowment funds, but Bergen says the system is also reliant on city funding and public works operations for its capital needs.

“We do maintain a prioritized capital investment list for systems approaching the end of their life, and we try to put something in five years ahead,” Bergen says. “But with that said, when completing work in public buildings there are many factors that impact scheduling.”

There are always the unplanned emergencies, too. Earlier in summer 2019, a library research center needed a new chiller plant, for the comfort of patrons and climate control for materials.

“We frantically worked for six weeks to replace it,” Bergen recalls. “It is typically a capital project, but had to be done immediately because it failed.”

Components for this type of equipment need to be manufactured and the system also had to be compliant with new city air quality regulations written to prevent the spread of airborne viruses such as Legionnaires’ disease. Bergen’s staff has to test the water going through the HVAC system, and he said the corrosive agent added to water to kill any bacteria can also corrode the pipes.

It would be convenient to say Bergen was an NYPL patron long before he managed the system’s facilities, but as a Long Island native, this was not part of the narrative.

Instead, Bergen began his NYPL career in 2015, and says his path into facilities management was pretty much happenstance. After earning a degree in political science from Marist College, Bergen moved on to graduate studies at Columbia University and got a temporary job working at student services in the university’s law school.

As the assignment was drawing to a close, and he was considering going to work on a political campaign in Connecticut, Bergen says he ran into his supervisor from Columbia, who invited him in for an interview.

In the course of days, Bergen went from politics to full-time facilities management at Columbia, and earned master’s degrees in construction administration and public administration along the way.

Married, with two daughters, Bergen says his leisure time keeps him in demand.

“I used to play golf before I had kids,” he says, “Now I spend the majority of my time away from the office with my family.”

Caring for the NYPL facilities entails a lot, and Bergen said with a crew of 230 people there is both personal growth and more than a few character foibles.

“I would say the most rewarding part is also the most challenging, it is the people management,” he says. “We spend a lot of time developing talent from within the organization, but there are many days I feel like I could go home and write a ‘Seinfeld’ episode.” 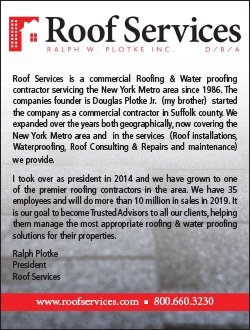 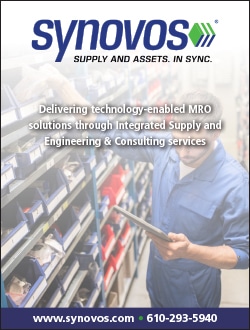 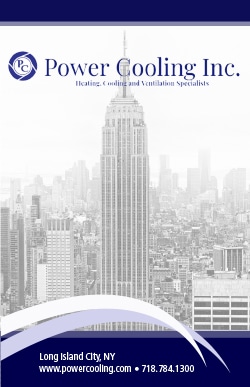