While a town square on a Sunday afternoon is a good place to observe foot traffic, a school is a better place to take the pulse of a community.

“Think of all the extracurricular activities, the band, athletics. It’s a place that normally has a big impact to the people around it,” says the CEO of Garmann/Miller & Associates (G/M), Eric Baltzell.  “It’s very rewarding, but also humbling, to know that we’re designing buildings that are going to be used in so many ways, so we have to make sure we do it right.” 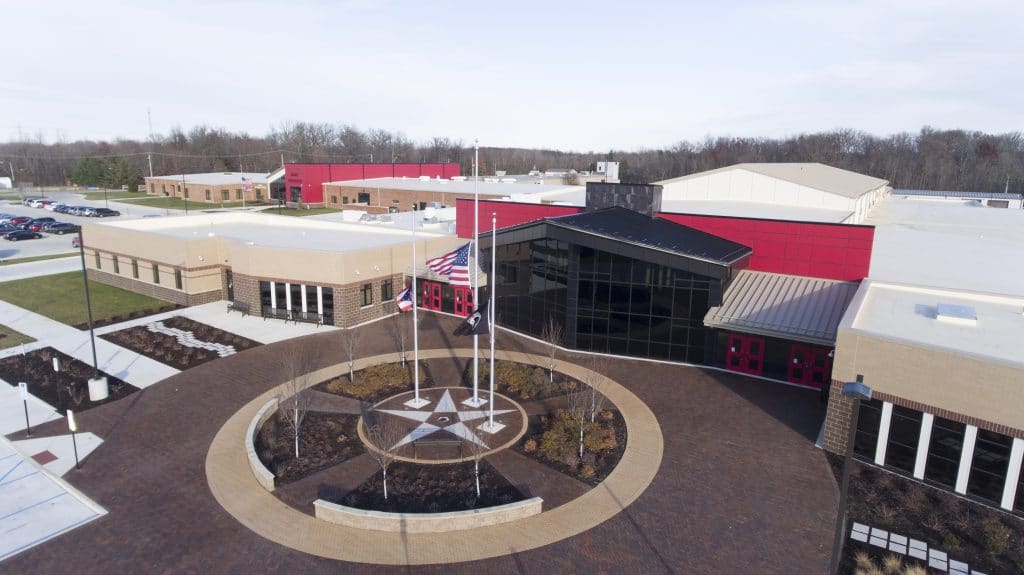 Based in Minster, Ohio, the full-service architectural and engineering firm has designed K-12 and higher education buildings in 24 of the state’s 88 counties. In July 2017, the firm was even awarded the design for Minster High School, located just down the road from the company’s headquarters.

While the firm also designs for commercial, industrial and healthcare projects, Baltzell says G/M’s first love will always be education.

“We feel very honored to serve this region of Ohio,” he says. “The majority of the people who work [at the firm] are from the area, and a lot of them even have kids that attend schools we’ve designed.”

Baltzell, a native of Rockford, Ohio, even had the opportunity to contribute to his hometown. In 2002, just a year after Baltzell accepted the position of electrical engineer, G/M started designing Rockford’s Parkway School, a 240,000-square-foot PreK-12 school building that includes a 600-seat auditorium and 18,000-square-foot gymnasium.

The principals soon realized that if G/M wanted to take on larger, multimillion dollar schools it needed to diversify. So in 2001, the firm started an engineering division that offers mechanical, electrical, plumbing and technology engineering services. 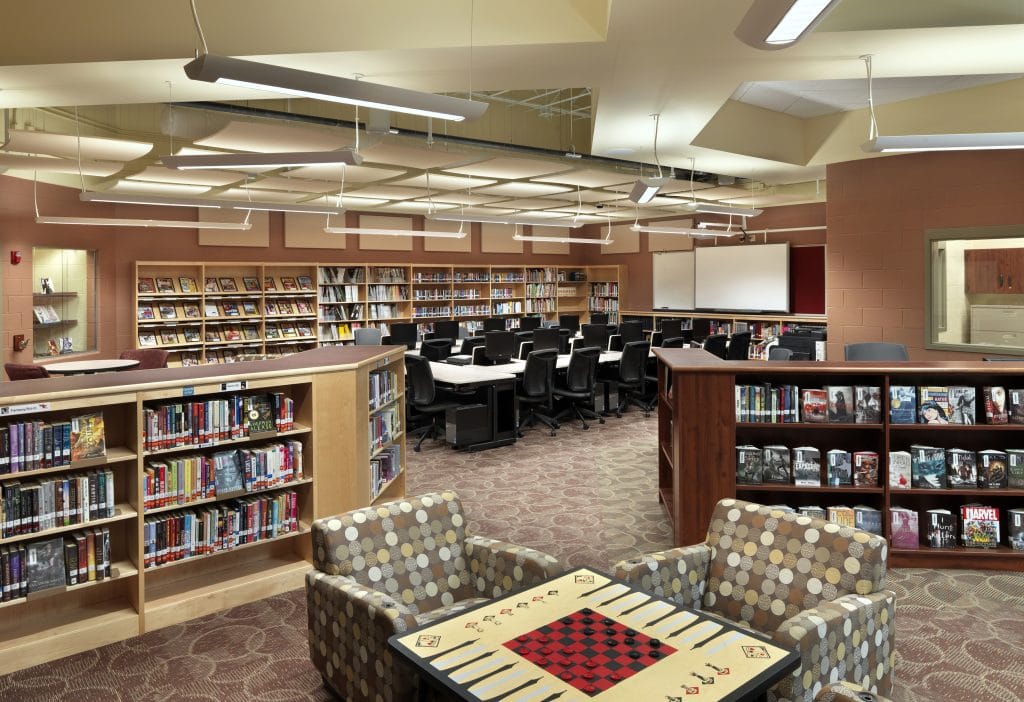 “It definitely gives us an advantage because, as a full-service [firm], we can provide better coordination because everybody from designers to electrical engineers is in the same building and can give their inputs,” Baltzell says.

With an experienced engineering team, G/M is able to not only provide cost-effective architectural designs, but power distribution and telephone systems, access control and everything else a school needs to operate.

In the last decade, the engineering component came in handy as Ohio municipalities began taking a hard look at the energy efficiency of school buildings.

In 2007, the Ohio Schools Facility Commission, the governing body responsible for construction and renovation of state-funded schools, required that all new K-12 schools achieve at least a LEED Silver certification, and the commission has stated that it plans to embrace V4 of LEED.

“We feel very honored to serve this region of Ohio. The majority of the people who work [at the firm] are from the area, and a lot of them even have kids that attend schools we’ve designed.”

“As a good designer, you’re going to be conscious of the energy efficiency of the building, but honestly, clients really became interested once it became mandated by the state,” Baltzell says.

Since the mandate, G/M has designed multiple LEED-certified elementary and high school buildings, as well as several higher education facilities and vocational centers, including the Vantage Career Center in Van Wert, the Millstream Technical Career Center in Findlay and the Apollo Career Center in Lima. All three received LEED Gold certification.

“The key is to pick the right system that they are comfortable using. We spend a lot of the time with the maintenance staff explaining the advantages and disadvantages, showing them the return on investment, so they can make the best decision,” Baltzell says.

He adds that it’s not uncommon for G/M engineers to stay in touch with these same maintenance personnel even after the school building is built.

While technical expertise has certainly given G/M an edge, Baltzell believes the firm’s success is a result of his team’s willingness to collaborate with a school district’s community.

On every project, the firm coordinates with local law enforcement, county commissioning agents, the fire department and even local art centers. Baltzell says it’s the only way G/M can truly understand the needs of a school district. “We have to understand their priorities in order to deliver the right design for them,” he says. 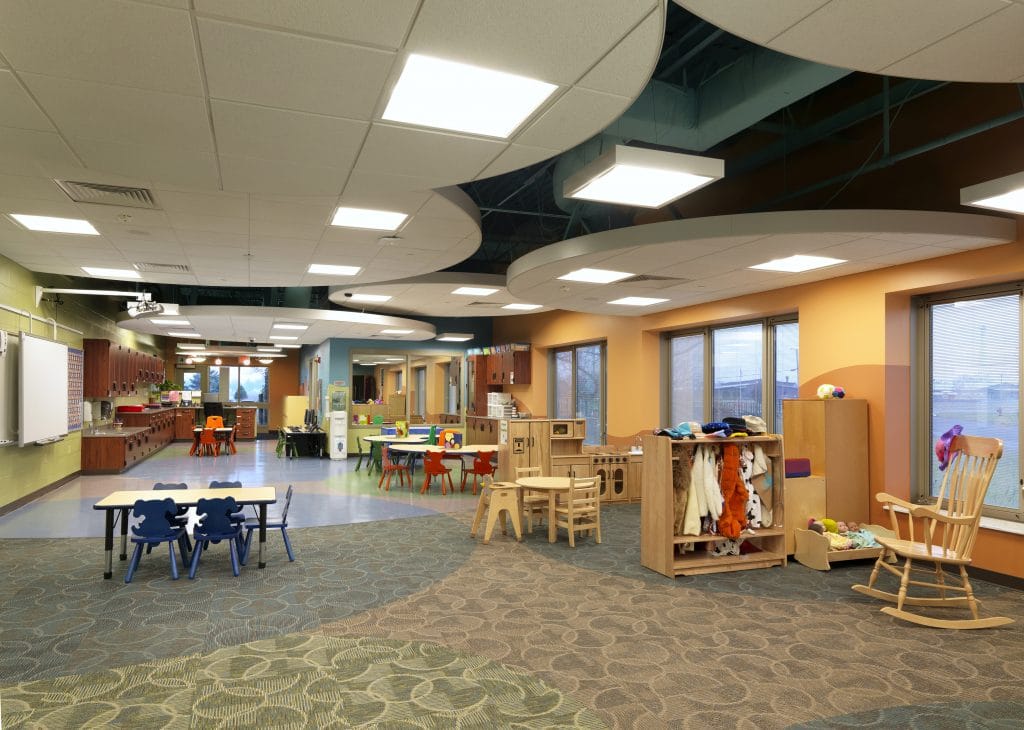 After 25 years working with superintendents, county commissioners and education boards, G/M has learned that an elementary school in rural Ohio often serves multiple purposes in the community, so the district is more concerned with the functionality and budget of the building. In a more urban environment, security and technology become more of a focus.

Baltzell says this expertise is why, after G/M finishes a school, the firm usually has another project waiting in the wings.

“We know superintendents and county commissioners talk to each other, so when you meet their budgets, expectations and timelines, that’s how word of mouth gets around and they refer the companies they’ve had success with,” Baltzell says. “We don’t ever take that for granted.” 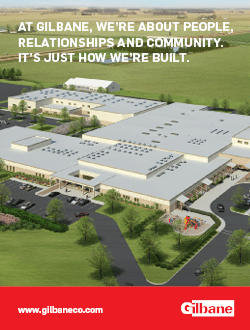