The first part of the renovation didn’t make the tenants happy, and Gabriel Dilworth could understand. After all, nobody appreciates their views being blocked by tarp. Not when the vista includes the Pacific Ocean.

But this six-story apartment building on the island of Oahu had aged beyond its 40-plus years—worn by a combination of deferred maintenance and the relentless Hawaiian sun. 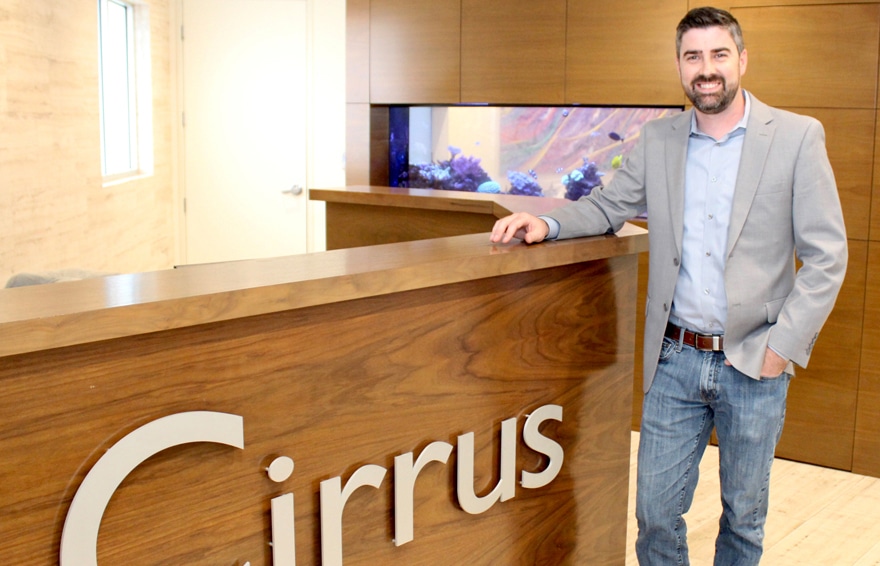 An exterior and interior overhaul was long overdue, and with Dilworth in charge of construction management for the new owner—Los Angeles-based Cirrus Asset Management Inc.—the process that commenced in September 2019 has been proceeding as efficiently as possible.

“No big board of directors you have to deal with here,” the friendly Dilworth tells Blueprint late last year. “Just a couple emails and we’ve got the go-ahead on some cool projects that other companies might hesitate to take on.”

Now past its midpoint, the renovation includes a new exterior that will better fend off the elements, maximize energy efficiency and be aesthetically pleasing to boot. Faux wood cladding, a new paint scheme and modern windows on all four sides will make this look like new construction.

Inside, the seven-story elevator is being updated and the 32 residential units renovated, the pace picked up when tenants depart. As for the tenants who are staying in place, Cirrus has been mitigating their inconveniences, covering and sometimes washing their cars when construction kicks up too much dust.

“The most challenging part of the operation is maintaining the property’s cash flow, and that means being respectful of the tenants,” Dilworth says. “But they’ll be the ones who will really appreciate what we’ve done.”

It’s the kind of construction Dilworth seems to enjoy most, the before-and-after look offering tangible proof of Cirrus’ capabilities as an innovative property manager on the residential and commercial front.

There’s a benefit to being a value-add specialist, he likes to say, and there seems no shortage of such projects that Cirrus can invest in in its strongholds of California, Texas and Hawaii. The company also manages projects and buildings for institutional and private owners as well as syndicated partnerships in Colorado, Washington, Wyoming and Utah, and expects to enlarge its footprint. 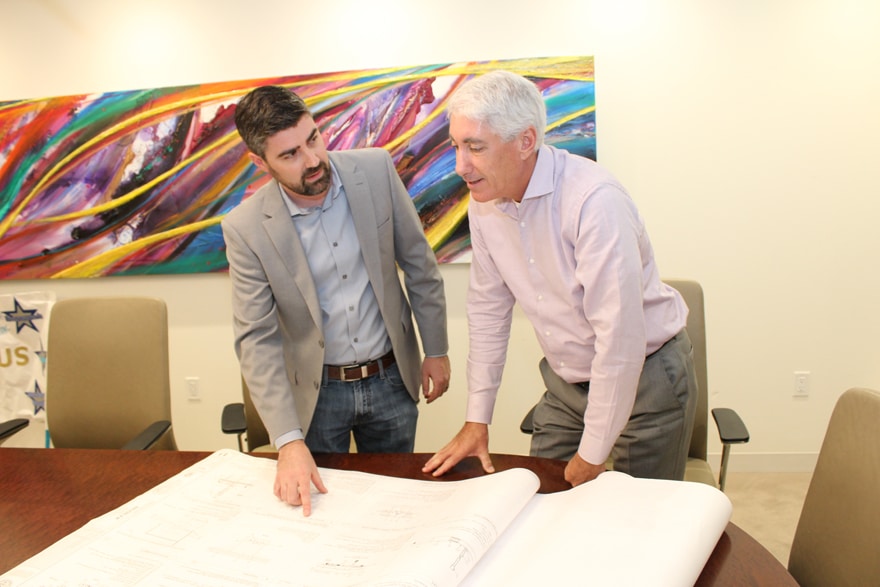 Its vendors include the San Clemente-based Seacore Industrial Inc.,  whose specialties include low-cost fiber emulsion coatings ideal for roofs that may be in fair condition but past their useful life. Seacore’s tools—among them infrared cameras and laboratory facilities—accurately diagnose the remaining lifespan of almost any roof system, and target failing segments while leaving satisfactory sections intact. When repairs are complete, the entire roof system—not just the repairs—is warranted for up to seven years for both labor and material. It’s an ideal partnership, Dilworth says of Cirrus and Seacore.

“Most of our work is deferred maintenance that our investors buy from mom-and-pop operators who didn’t manage their buildings very well,” says Dilworth, who joined the company in June 2015. “Or they weren’t able to adapt to changing times.”

In North Hollywood, California, there’s a Japanese client who has entrusted Cirrus to help adapt his property and liven up another tired old apartment building. A new entrance, exterior cladding, smooth stucco, LED lighting, energy-efficient windows, and low-flow plumbing fixtures will give new life to this dwelling, as will a host of amenities that will enhance its appeal to the all-important young demographic. 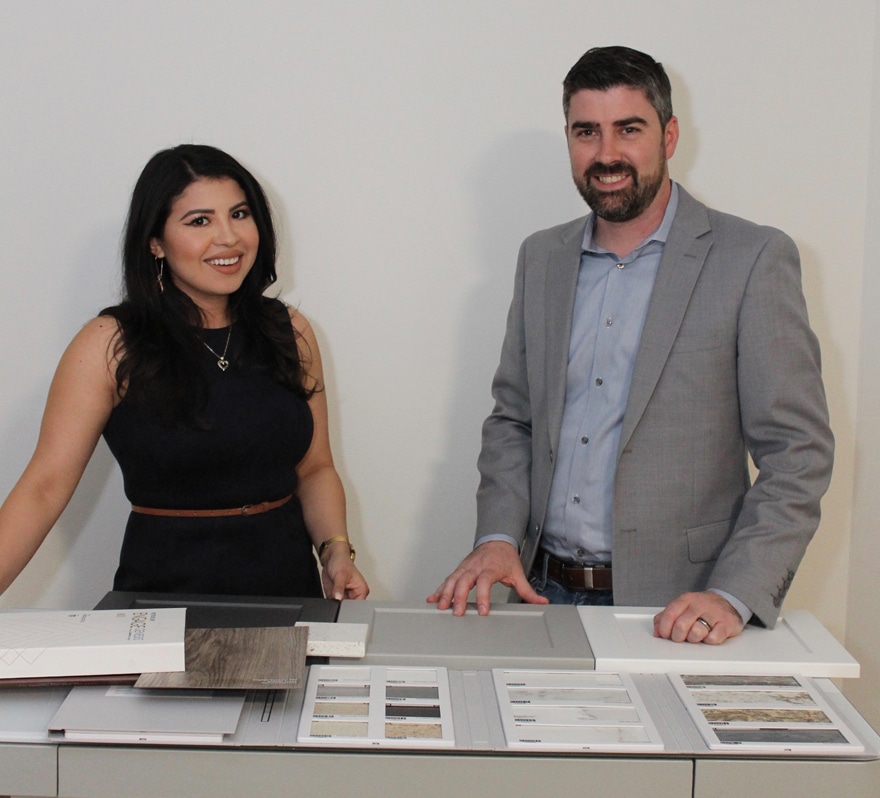 Then there are the necessities spelled out in the ordinances of various Golden State communities, among them Los Angeles and San Francisco, requiring costly retrofits to protect buildings and their dwellers from earthquakes.

For so-called soft-story construction—open parking underneath floors of living spaces, a setup common a few decades ago—Cirrus has been called upon to strengthen structures said to be seismically unsafe. Dilworth proudly says that when a 7.0 tremor shook Los Angeles last summer, a Cirrus-managed 42-unit building suffered no stress fractures, thanks in large part to bracing installed on his watch.

Property and asset management having been Cirrus’ stock-in-trade since the company’s founding in 2007, Dilworth says growth is opening new opportunities.

In the few years since Dilworth took over the company’s construction management operations, Cirrus’ net asset capital expenditure projects have increased fivefold. Though the primary focus will remain the repositioning of antiquated or neglected buildings, the company may take on ground-up apartment construction in Hawaii as early as this year.

Which has Dilworth excited as he oversees a team of three construction managers, two project managers and five renovation technicians. That growth notwithstanding, he’s quick to say that Cirrus retains the intimate corporate culture so important to President Steve Heimler. No small feat, given that Cirrus now boasts a 400-strong workforce, operating in over 80 cities in those aforementioned Western states.

It’s the kind of company the 36-year-old Dilworth felt would be a good fit for him after distinguishing himself in prior roles—most recently during a five-year run as senior construction manager for CSM Group. Highlights there included playing point man on the food and beverage project delivery team for cereal giant Kellogg’s massive facility in Omaha, Nebraska. He also supervised construction at many smaller industrial facilities such as Keebler and Eggo waffle plants.

Prior to CSM, Dilworth ran his own company—the Michigan-based Contractors Management—where he spearheaded over 100 projects between 2000 and 2010. On a much smaller scale, he was doing then what he does now: handling scheduling, the supervision and hiring of subcontractors, mitigating issues and meeting deadlines.

At a young age, Dilworth’s proficiency for construction proved so immutable that he never saw a need to pursue education beyond courses at a community college, earning an associate’s degree in business.

“I’ve been around construction my whole life,” he says. “Though my father was a psychologist, he built his own house and I became a carpenter at a young age and was a self-employed carpenter until I was 25. It was great training.”

He’ll always be handy with a tool in his hands but appreciates the opportunity Cirrus allows him to be a manager and leader—and to have fun through the creative approach it takes to liven up a tired old structure. No one-size-fits-all approach, he reminds, each Cirrus project being unique and having some unfulfilled potential.

The tarp removed from that Oahu apartment, dwellers there can now see the potential being fulfilled at their residences—and the beautiful Pacific sparkling in the distance. 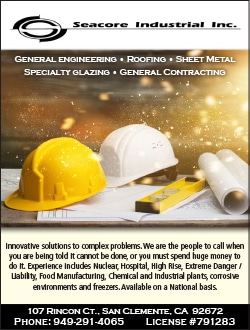