Preparing the schools of the future today

For more than 20 years, it’s been Frank Geyer’s mission to limit distractions for students by making sure their learning environments are in good operational order. Most of the time, that’s involved making repairs, like turning up the heat, tending to roof leaks or fixing rips in the carpets.

But with his retirement pending, Geyer wants to continue tackling something bigger and more pressing: he wants to make the Richmond School District the safest it can be in the event of a major earthquake. 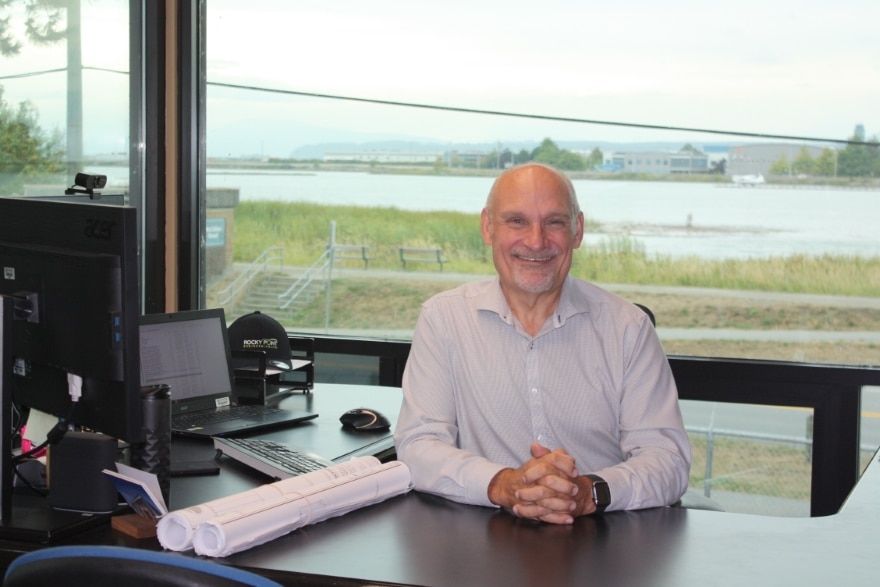 “We’re trying to do anything we can to retain the trust of Richmond families and to attract new families who are considering moving to Richmond,” says Geyer, the district’s executive director of the facilities services and project team. “They need to be confident that schools, specifically the public school system, here are robust, resilient and safe.”

In his five years with the district, Geyer has helped launch its first long range facilities plan for a sustainable and safe environment for students to thrive and stay engaged in the community. The plan includes improving the earthquake resiliency of district buildings. The west coast of North America, and specifically the Richmond area (located just south of Vancouver) in British Columbia, is subject to seismic activity.

When he arrived in 2018, there were 38 schools that required high priority upgrades as part of the district’s seismic mitigation program. After undertaking engineering re-assessments of all sites, the number dropped to 36.

So far, the Richmond Project Team, which was established by British Columbia’s Ministry of Education and the Richmond Board of Education, has completed seismic resistance upgrades on nine schools as well as a severed portion of a school scheduled for demolition and reconstruction into a modern adult education facility. These upgrades include improvements to building foundations, walls and roof structures to minimize the probability of structural collapse as well as the modernization of interiors and exteriors.

Geyer overhauled the planning and projects group in his first six months in the role, and when the COVID-19 pandemic hit in March 2020, he was asked by the district’s chief financial officer to take over the entire facilities portfolio. 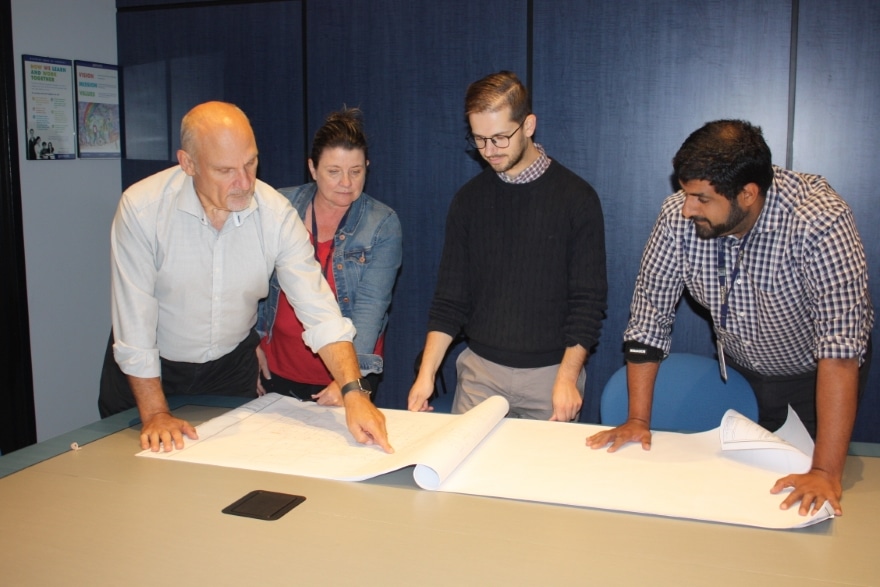 “We saw there were a lot of things needed on the maintenance side, and I have never been able to tolerate seeing things falling into disrepair anywhere I’ve worked,” he says.

Currently, Geyer and his team are overseeing 10 projects around the district, ranging from installation of new modular childcare facilities on existing school sites to the seismic upgrading of four schools. There’s also the recently approved $12 million project to install new ventilation units with air filtration—to prevent the spread of virus particles—in classrooms, libraries, multipurpose rooms, staff rooms, general offices, resource rooms and special education rooms. There are currently 11 elementary schools without these systems. The work is expected to be completed by the end of August 2023.

In June 2022, the district approved a five-year capital plan that includes 22 seismic mitigation projects like the ones already underway, three school additions and the construction of two new elementary schools. Geyer says the work is expected to be completed by 2032.

Geyer’s father, Frank Geyer, Sr., retired as a construction general superintendent at 55, went back to work as a master carpenter at 57 and retired again at 61. The younger Geyer says his goal is also to retire at 61, which nearly lines up with the five-year funding agreement the Richmond Project Team received from the province’s Ministry of Education.

As Geyer prepares to retire as early as the end of 2023, he says it’s his duty to ensure the district’s facilities—and its facilities services branch—are in better shape than when he arrived.

“I’ve been doing this a long time and, honestly, I’m getting tired,” says Geyer, who commutes one hour each way to his office in downtown Richmond. “We’ve gotten an unbelievable amount of work done since we started the project team, making up for years of inactivity.” 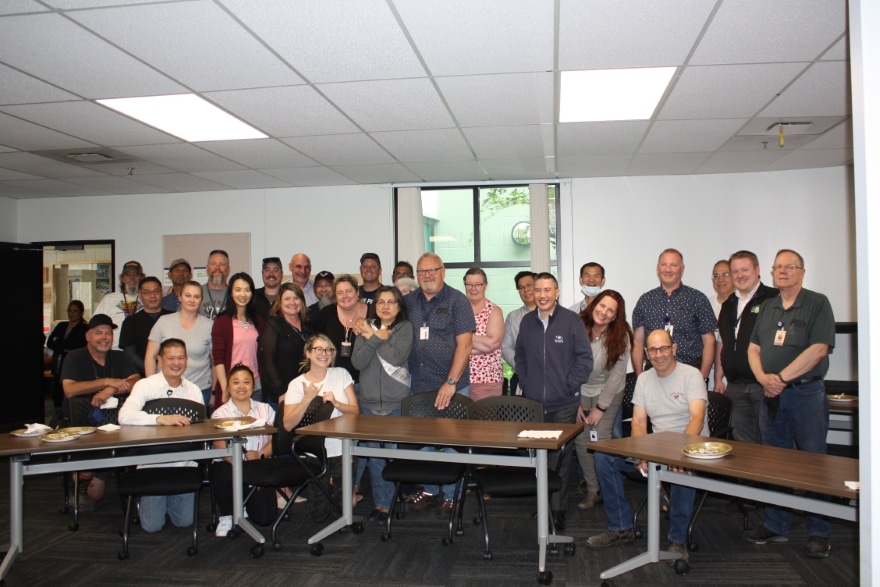 A portion of the Facilities Services Branch employees from all levels

He knows the district doesn’t want to hear about his retirement plans, but he trusts that the “conscientious and hard-working” senior leadership and facilities management teams will keep things moving in the right direction after he’s gone.

“I’ll always keep the door open and will always keep an eye on the district, my managers and our elected officials that have helped support our work,” Geyer says. “I feel a bit guilty leaving when we’re hitting our stride, but I really respect the team we’ve put together.”

One of his last orders of business is ensuring the renewal of the Richmond Project Team’s five-year funding agreement with the Ministry of Education. The current pact expires in May 2023.

“I think we’ve earned the extension because I know we’ve secured the trust of the provincial leadership,” he says.

Geyer has been in the construction industry since he was 13 years old when he started working for a friend’s dad who owned a road building company. He filled sandbags and cleaned job sites on weekends and parlayed that into summer work for the next nine years. Geyer’s father joined the company, too, and when the two Geyers worked on the same project in 1977, it was Frank Jr.’s first exposure to engineers.

“I was told at a young age that all engineers did was make life miserable for contractors,” Geyer says. “So, I read up about civil engineers and decided I wanted to do the work even better than the people I was exposed to from the provincial department of highways.” 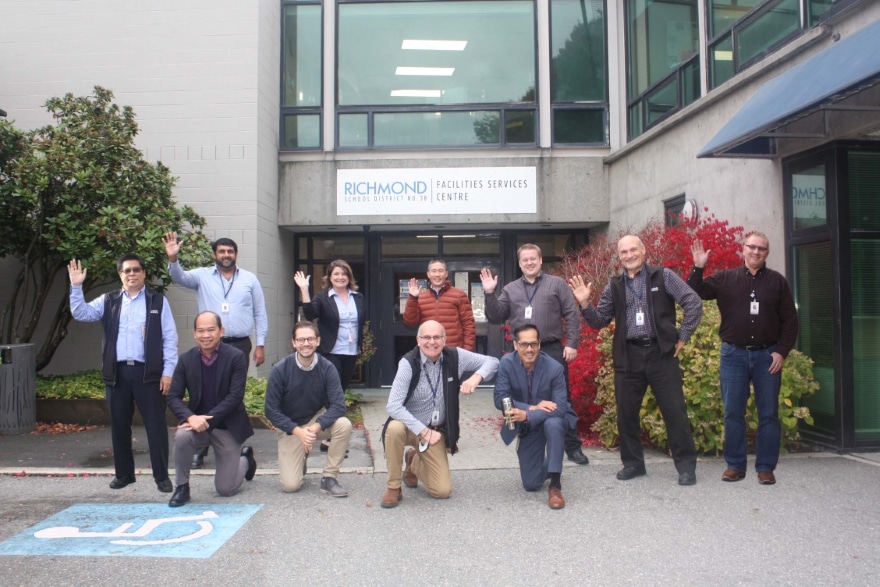 The management team in Facilities Services

With a focus on roads, water and sewage, Geyer earned an engineering degree from the University of British Columbia in 1984 and worked as a project engineer for a general contractor for two years. He was then a project manager for four years for Public Works Canada and a manager of facilities design and construction for the City of Surrey, British Columbia, for nearly eight years.

After a two-year stint in the private sector as a facilities manager for a technology company, Geyer returned to the public sector as the associate director of project services for his alma mater for four years. He then spent more than 15 years as the director of facilities and planning for the Delta School District in British Columbia, where he successfully completed seismic upgrades of all vulnerable schools in that community.

“I’ve had some ups and downs throughout my long career, but I couldn’t have scripted things any better,” Geyer says. 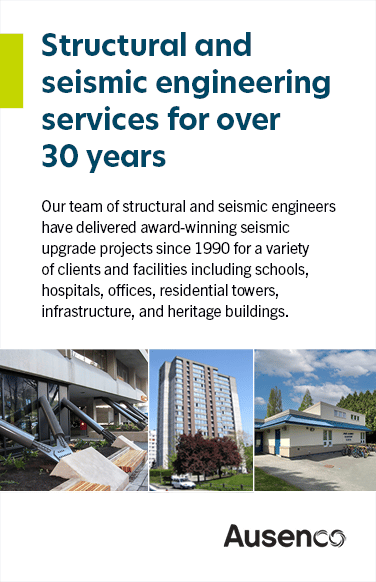 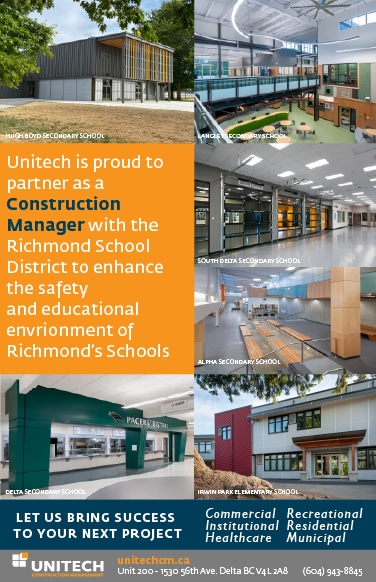 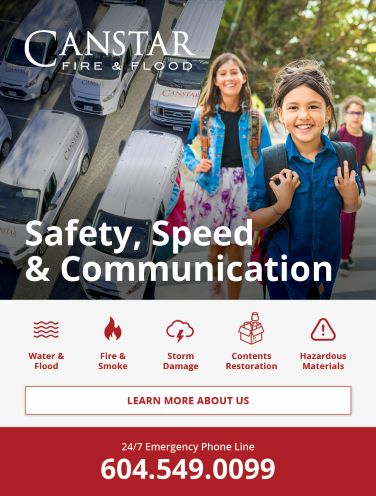 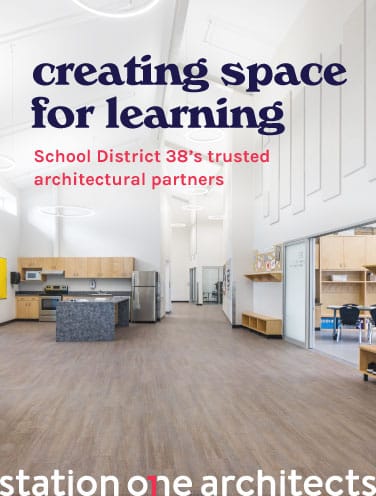 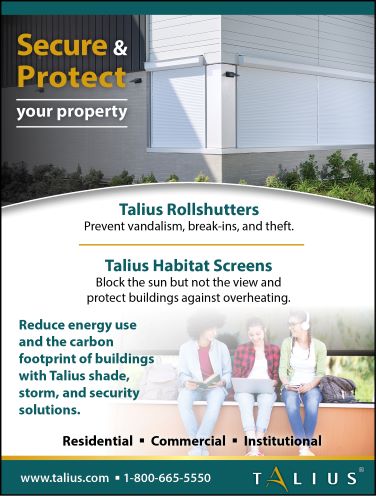 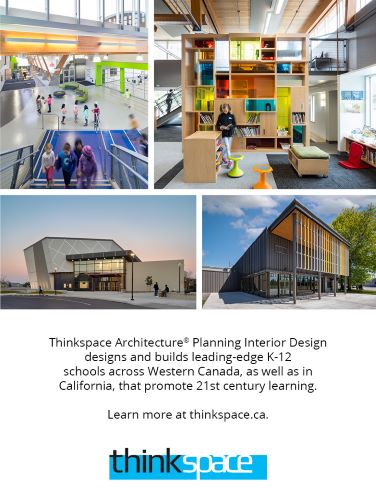