A tech foundation for construction progress

Although an industry heavyweight in Canada, Magil Construction needed a tech upgrade a decade or so ago. The same held true for the industry itself.

To be sure, Magil was capably managing construction of notable projects in Canada and elsewhere, but here it was, the mid- and late-2010s, and Magil had yet to replace its legacy software. There was one system for on-site data, another for accounting and yet another for project management. 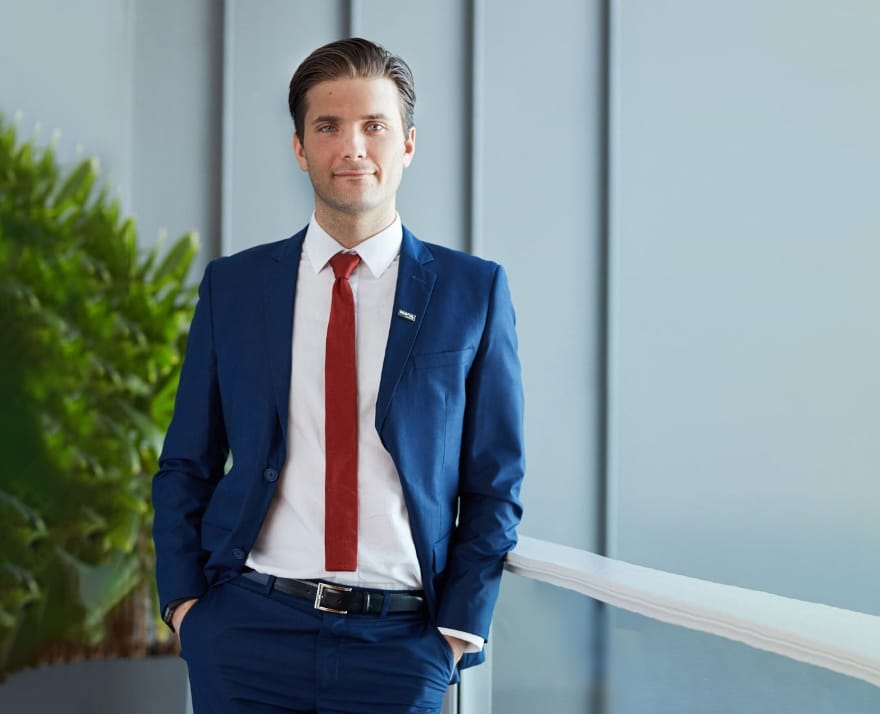 But Magil has since caught up, in large part to Italian-educated engineer Federico Pensa. He was hired in 2016 for his expertise in building information modeling and virtual design and construction. Those processes have aided the company on projects that include 1 Square Phillips, the most prominent multi-use development now underway in Montreal.

“Our competitors had in-house BIM capabilities, but we didn’t, and the CEO realized the need to invest,” Pensa tells Blueprint in June from Montreal headquarters. “They offered me the opportunity to help build the BIM department, and I’ve always liked finding ways to become more efficient.”

That efficiency now comes two-fold. Pensa has assembled the processes and software for creating and managing reams of information. He’s also mentored the construction crews to take full advantage. And rather than Magil just hiring more managers, Pensa empowers a project coordinator to double as a BIM coordinator. The company is further strengthened by having a project coordinator and distinct BIM coordinator on large-scale projects with BIM requirements.

It’s a whale of a project taking shape in downtown Montreal’s historic Phillips Square, with Magil managing the construction for the developer, Brivia Group. The first of three phases scheduled for completion in 2024, there’s much need for the streamlining that BIM and VDC offer, particularly with COVID-19 forcing social distancing among hired hands and disrupting supply chains. 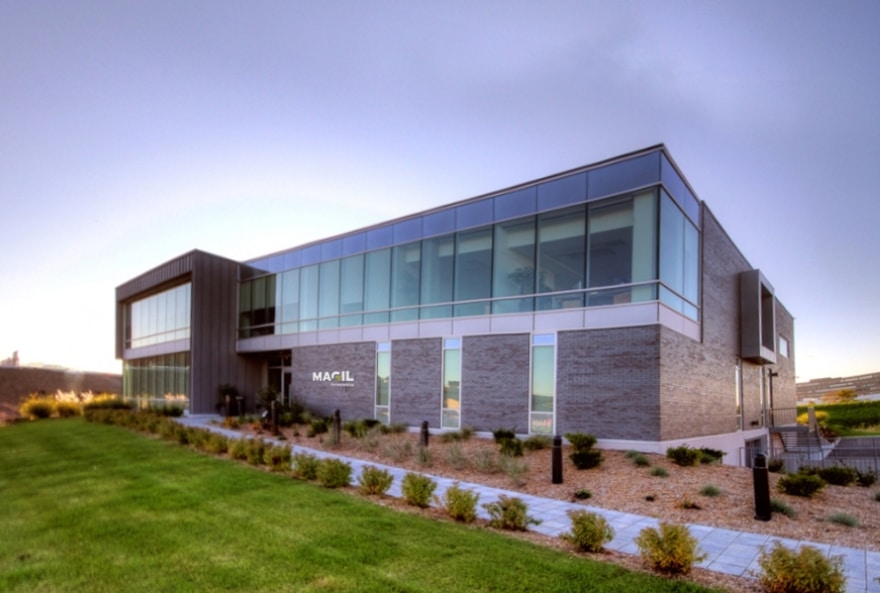 Those obstacles notwithstanding, work proceeds on what will be Montreal’s tallest residential and commercial tower with 61 floors and over 800 studio apartments, condominiums and penthouses planned. Subsequent phases call for a hotel and a mechanical building with a cooling tower, with platforms in place for virtual weekly inspections. Much of the work being done on a narrow block, Pensa acknowledges the pressure is on Magil with so much of the downtown eying a positive economic spillover.

“We’re putting all the expertise and technology that we’ve acquired over the last three or four years into it,” Pensa says. “Prices are rising and industry is busy throughout Quebec, with the trades and contractors having a full schedule. Under our previous system, it would have been very complicated to keep track of progress. Our collaborative systems facilitate interaction and optimization in today’s fast-paced market.”

Much credit’s due a couple vendors, he says, lauding BloomCE Technologies and Procore. Based in Milton, Ontario, BloomCE helped Magil merge lidar datasets into a cloud format that’s relatively easy to edit, display and filter. Procore headquartered in Carpinteria, California, worked with Pensa during the early stages of the BIM and VDC transformations, with Magil’s innovation manager Tang Lee helping Pensa test software.

The Canadian construction industry humming, and Magil’s Montreal headquarters complemented by satellites in Vancouver, Toronto and London, Ontario, to Quebec City, there should be no shortage of projects to pursue. While most of its work is in Canada, Magil even managed engineering, procurement and construction for the modernization of a world-class 39,000-seat soccer stadium in Douala, Cameroon.

The more advanced Magil is technology-wise, the more opportunities should come its way, Pensa explaining how intertwined construction management now is with BIM and VDC. Having benefited from an early introduction to those processes as a graduate student pursuing a Master’s in building engineering and architecture at Politecnico di Milano from 2006 to 2011, his skills were soon in demand. 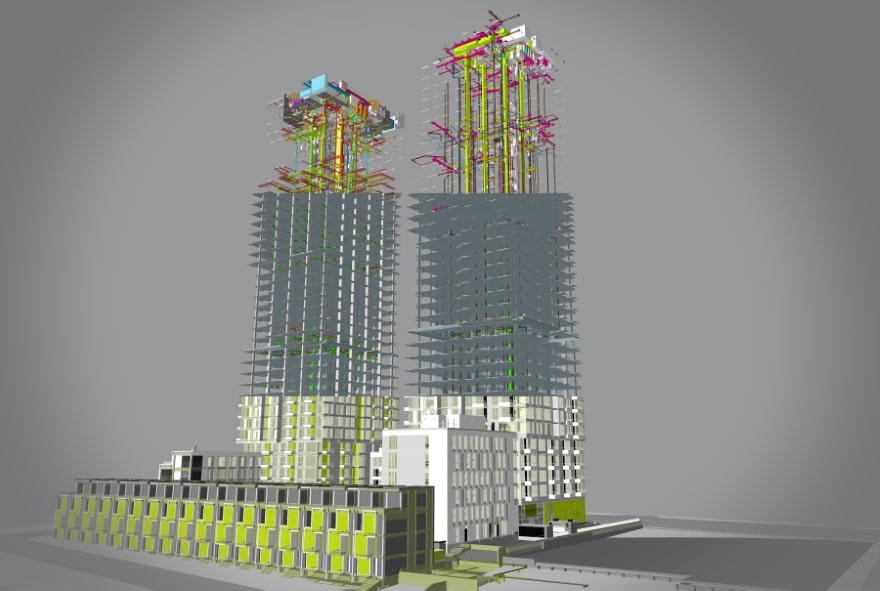 First, he was a project manager assistant at a company decontaminating soil and removing asbestos in the Italian region of Lombardy. He moved to Montreal in 2013 to manage projects for two years at the construction company Opron Inc., and then became a quality manager at Alta-OCI Construction, a Montreal entity acquired by Magil in 2015.

Pensa having built a reputation for applying technology to construction, Magil enticed him into the fold BIM manager in 2016, bestowing the VDC designation to his letterhead two years later. While the Montreal winters may be longer than what he was used to in Italy, Pensa has adapted to his new home.

For this is the company that can take credit for the standing of so many iconic structures. 1 Square Phillips will forever change the Montreal skyline, and its progress can be followed on a Magil website updated by drone photographs. There’s talk of bringing Major League Baseball back to Montreal, and Magil having managed construction for the 20,000-plus capacity Bell Centre that’s home of the Montreal Canadiens, it would surely welcome a role in building a stadium.

Pensa’s leadership factored in Magil winning the prestigious CanBIM Innovation Spotlight award for managing the renovation of two floors occupied by the Canada Border Services Agency in 2020. The company’s involvement in a couple trade organizations, Groupe BIM Quebec and CanBIM, demonstrates its commitment to improve the entire industry and not just Magil, Pensa says.

“My first mission is to educate,” he says. “I don’t want the construction team looking at me as if I’m in charge of BIM. I want them to learn and use it in a most efficient way.” 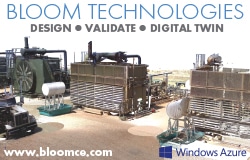 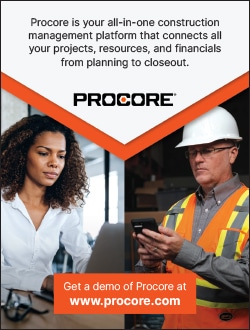