MARTA project manager on board with station rebuilds

This was not something Erik Leach saw coming down the tracks, but he’s delighted to be part of it. As director project management and construction for the Metropolitan Atlanta Rapid Transit Authority, Leach is overseeing upgrades to nearly 40 MARTA light rail stations spread over four rail lines.

Though he’d guided one station renovation shortly after joining MARTA in 2012, the assignment to take on the rest—given by Chief of Innovation and Expansion, Frank Rucker, and Assistant General Manager of Capital Delivery, Marsha Anderson Bomar—is the culmination of a civil engineering career that began more than 20 years ago. 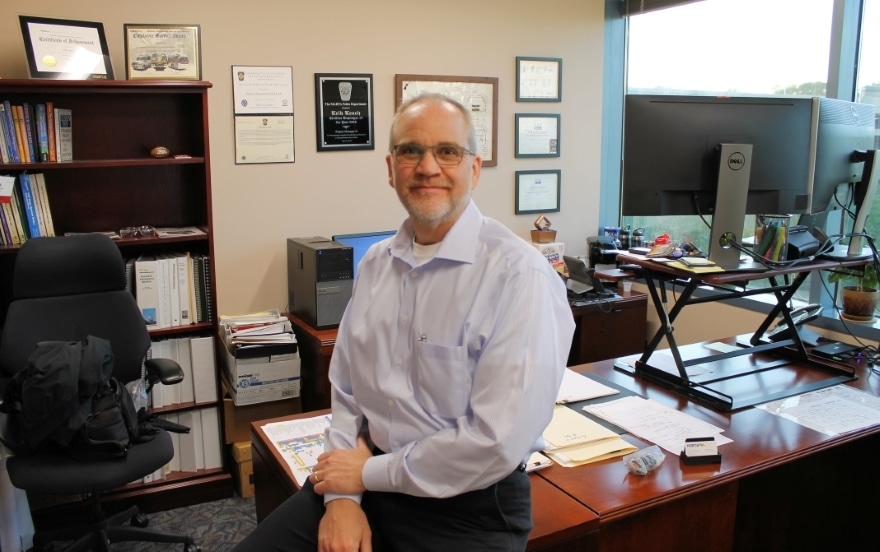 “I’m the person who sits in the back and lets someone else take the spotlight,” Leach says. “We’re changing the customer’s view of what the stations are looking like, and I’m here to support the project managers and construction team to make sure they have what they need to be successful.”

MARTA was created in the 1960s through legislation and voter referendums needed to fund it. It began operations by buying the Atlanta Transit System in 1972. Using more than $800 million in federal grants, MARTA then began building its rail system.

MARTA’s first rail line opened in 1979. By 1996, it had connected to Hartsfield–Jackson Atlanta International Airport. MARTA now operates buses and trains throughout Atlanta and surrounding Clayton, Fulton and DeKalb counties, serving as the ninth-largest transit agency in the U.S.

Station renovations were initially planned as a $350 million project to be completed in five years using federal and state funding, fares and local taxes (MARTA is funded locally by sales taxes in its service areas). COVID-19 changed those plans. Leach says the timeline is now 10 years, and planners have cut costs for most stations. The anticipated cost was $16 million to $20 million; now it’s to $6 million to $10 million.

An internal MARTA team has assessed what stations need, but six outside architectural and four outside contracting firms are handling design and planning. MARTA stations were originally designed to reflect the areas they serve, Leach notes, and outside firms add a needed perspective when advising on how to preserve and refresh those looks. 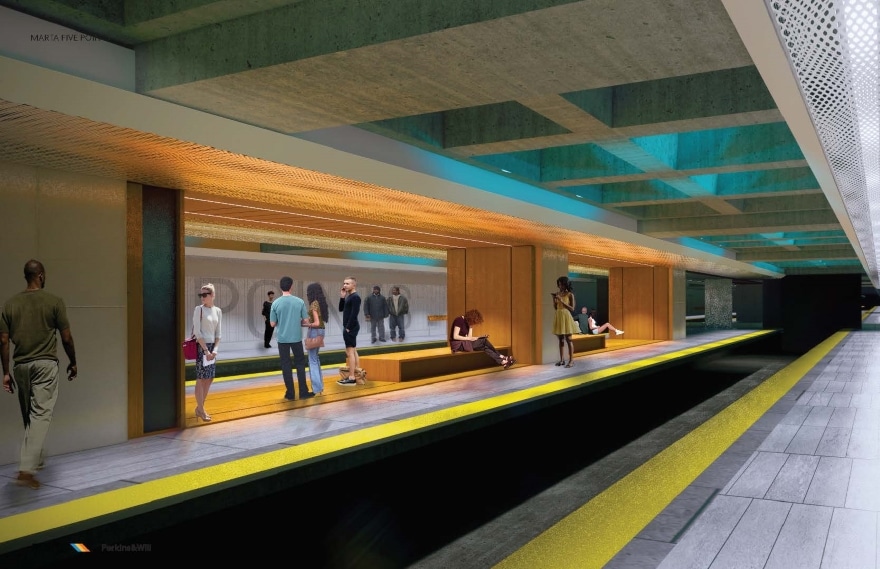 The centerpiece is the Five Points Station, the system’s hub. Leach says MARTA wants to rebuild the station ahead of soccer’s 2026 World Cup, as Atlanta is one of the host cities.

Plans call for removing the station’s canopy to create a plaza with separate entrances for the four rail lines converging there. That also creates the potential for the city and MARTA to reconnect the stretch of Broad Street that was closed when Five Points was built. MARTA is also working with the city and local developers to possibly create a transfer center for buses, Leach adds.

Below ground, improvements include new flooring, tiles and wall coverings to create a brighter environment. LED lighting will enhance the new look while also being more efficient, and Leach says passengers will soon wait for trains in paneled alcoves featuring charging stations for digital devices.

The Five Points fare gates may be moved back to improve access, especially for passengers transferring from one line to another.

Leach says the signs guiding passengers will be brighter, more vibrant, and above all, clearer in the directions they provide. He admits even he’s become confused navigating the station—which might not have been so embarrassing had he not been giving tours when it occurred.

At the Indian Creek Station at the end of MARTA’s Blue Line, Leach says the $10 million renovation will replace flooring and modernize amenities, but a substantial portion of the project will also preserve and highlight the theme and setting of the original construction.

Noting its copper roof supported by curved wooden beams, Leach says the renovations that begin in spring 2021 will add lighting that highlight the design. Artwork depicting Native American scenes on the station’s back wall will be refreshed, and the 1-foot-by-3-foot light blue interior tiles will be replaced with a new material and color. 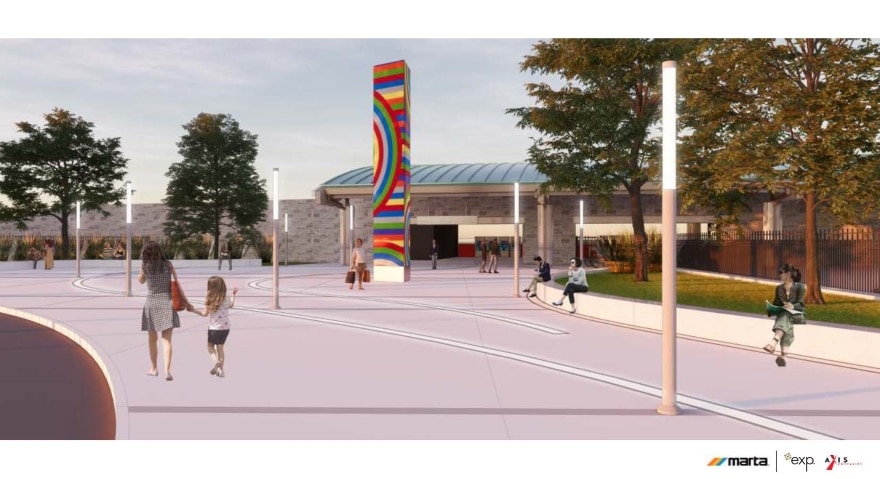 Concurrent, separate projects include the replacement of elevators and escalators for improved access and compliance with the Americans with Disabilities Act. MARTA also will be upgrading its fare system so customers can increase their balances at a station or online, and an app is coming so it can be done by phone, Leach adds.

Improved communications alert passengers to when buses and trains are arriving in real time. Those announcements will be more clearly heard and seen with new digital screens and improved audio, he says. MARTA’s fire and security systems have been improved, too. Leach says two separate programs have replaced in-station closed-circuit TV cameras with digital ones showing images in 2,000 pixels or more.

A career on track

Though Leach came to MARTA after working in civil engineering outside of transportation, the native of Long Island, New York, is no stranger to riding the rails. Whether taking a Long Island Railroad train into New York City or exploring the Big Apple by subway, he’s been a passenger as well as a planner.

Leach earned his bachelor’s degree in civil engineering from Hofstra University on Long Island in 1997. His career began at Schoor DePalma (now CMX) as a project engineer and then project manager. In May 2001, he joined LAI Engineering as a project engineer and manager and rose to become a senior project manager. In December 2010, he became manager of its north Georgia office. 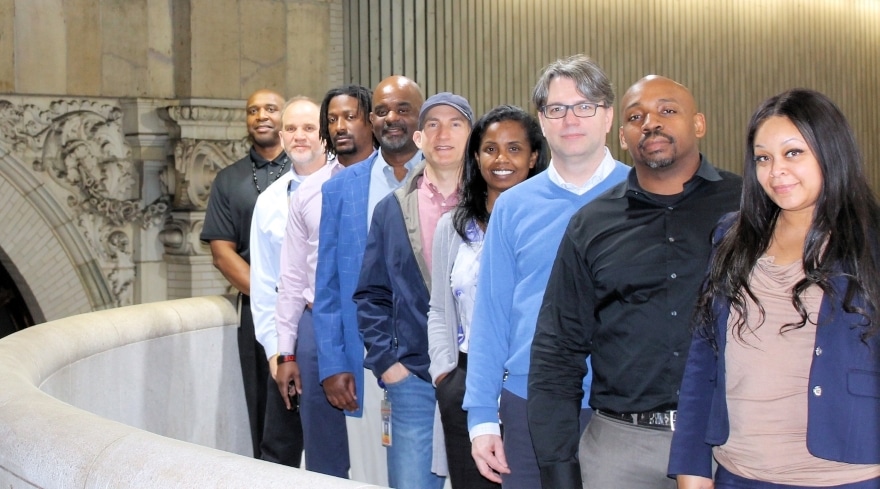 Leach says an economic downturn made him reassess what he wanted in his career, and managing projects for MARTA added a deeper purpose to his work.

Outside of work, Leach is the executive director of player operations for the Atlanta Westside Youth Sports League and its flag football and lacrosse programs. With support from the NFL Atlanta Falcons, the Arthur M. Blank Family Foundation, the Georgia Swarm of the National Lacrosse League, as well as Hazelden Betty Ford Foundation, those programs are expanding. Lacrosse is a growing sport in the South and Leach says introducing disadvantaged youth to the game is rewarding because it can also lead to college scholarships.

Leach says he’s energized by expansion efforts in and out of work and promises Atlanta residents will enjoy a new era of public transportation.

“We’re driven to move people from A to B efficiently and safely,” he says. “We’re changing how the stations have looked for over 40 years in some cases. Through revitalizing the Marta properties and grounds, we’ll be able to offer more to the city and customers for the next 40 years.” 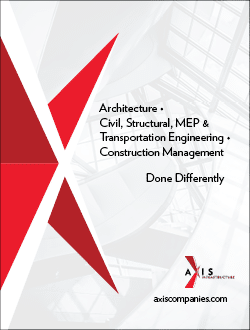 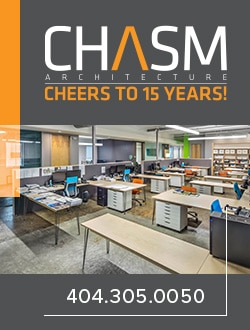 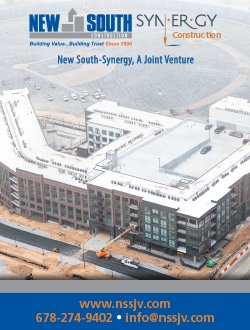 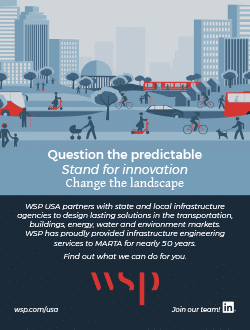