Building for the future one student at a time

The COVID-19 pandemic has impacted every industry, from sports and entertainment to health care and hospitality. It’s had a profound impact on education and construction, the two areas where Erik Backus makes his mark.

Backus is the head of the construction engineering management program at Clarkson University—his alma mater—where he’s responsible for planning all coursework and instruction for undergraduate and graduate students. And that work looks quite different now that all learning has moved online to combat the coronavirus crisis. 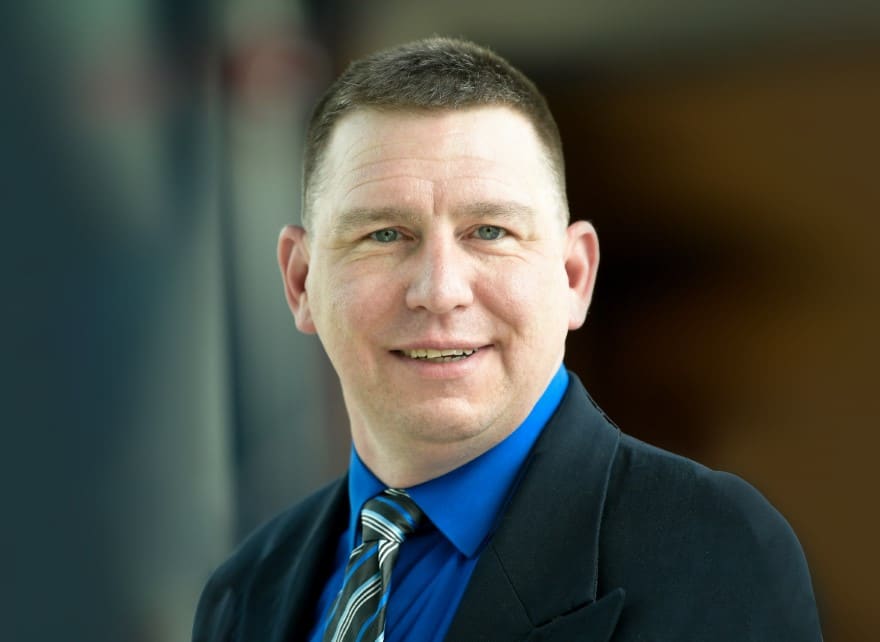 Luckily for Backus, two of his classes were already online, so that transition has happened smoothly. In all honesty, he says, at least in his construction program the school has been offering more classes remotely to encourage professionals to further their education at Clarkson.

“We already had a web-based interface and it’s taken a little more time, but technologically, I think we’re in a very good position to make this transition. It’s just intensified,” Backus says.

Education during a health crisis

While it’s challenging for some students to replicate the in-person educational experience when learning from home, Backus says it’s important that he’s continued to make personal connections to students, whether by holding virtual office hours or by giving one-on-one guidance whenever possible.

Clarkson University in Potsdam, New York—about 95 miles southwest of Montreal—has about 4,300 undergraduate and graduate students and nearly 900 faculty and staff.

The school says it’s committed to reopening for in-person learning in the fall, but in the meantime, Backus is having fun coming up with unique ways to instruct and inform. That has included using Autodesk Revit with Insight360 or Green Building Studio as the primary energy modeling tool, and he’s using WUFI to do hygrothermal simulations.

“It’s been a lot of ‘I’ll show you mine if you show me yours,’” Backus says. “Is it the same watching a virtual lab and seeing someone else take the necessary measurements? It’s not easy.”

One of the ways he’s keeping students engaged is by keeping the virtual classroom similar to his regular classroom. He’s wearing a button-down shirt and slacks each day, though he’s not wearing a tie. Backus is getting real-time feedback from students, like he would in the classroom, and is continuing to send out virtual presentations ahead of time. 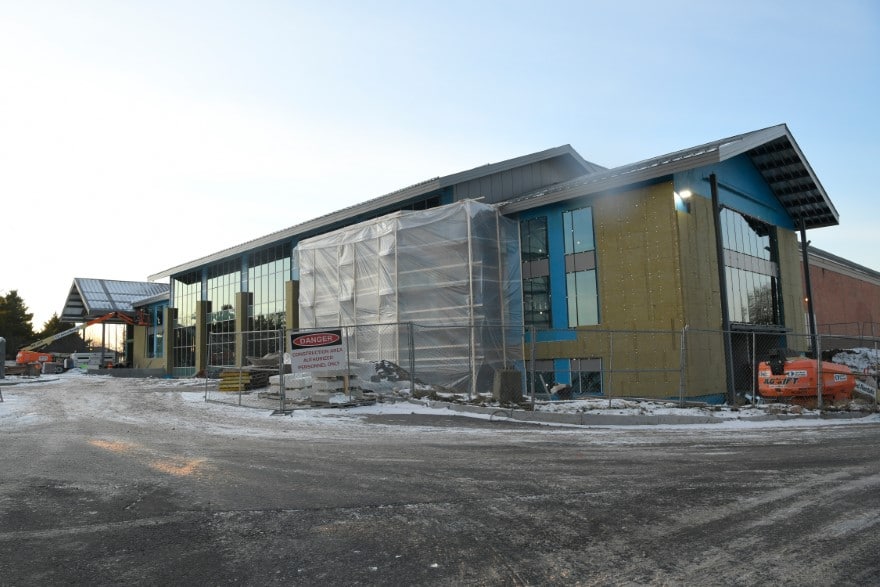 Another way to engage is by involving students in some of his current projects, like the installation of new bus shelters in Lake Placid, New York, in preparation for the 2023 Winter Universiade competition. The shelters must be constructed to fit the Adirondack architectural style and able to be assembled and built by volunteers, like students.

“It’s been weird because everyone is holed up, but our construction and our work go on,” he says.

Despite some predictions of radical changes to higher education coming out of the pandemic, Backus stresses that there will be modifications, but it’s not going to be the end of the world. His sense is that it’s a little too early to predict what a college campus spread across almost 700 acres looks like when students return in September. 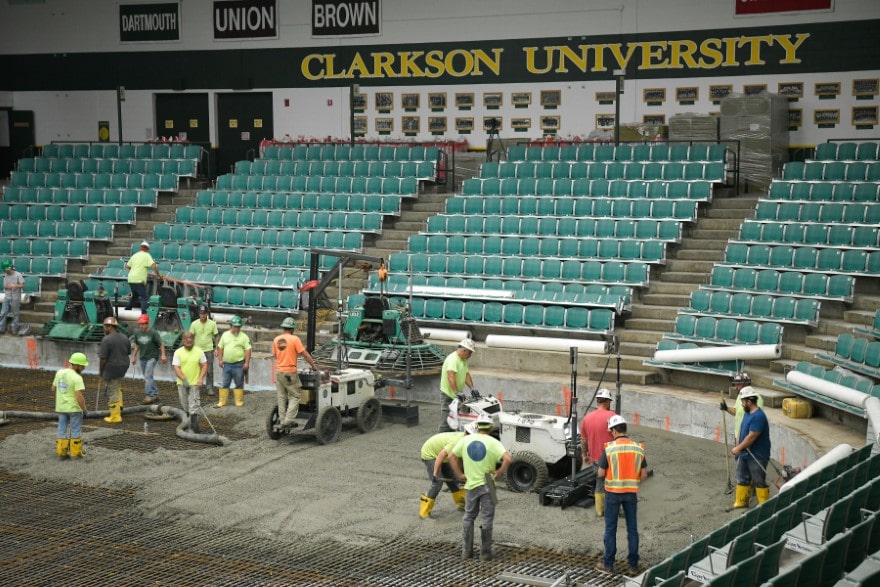 He admits there may be smaller classes and the dreaded Saturday morning lab may return, but he says campus leaders are still trying to figure everything out about how to best proceed.

“We will need to look at what is the core part of the live student experience, because there are a lot of students struggling with this online mode,” he says. “It’s not what they signed up for and not everyone can learn as well like that.”

Backus spent 20 years in the U.S. Army as a commissioned officer completing several tours of Iraq. When he became a reservist, he worked for a few companies before landing at George Mason University as an engineering planner and project manager. He started at Clarkson in November 2014. 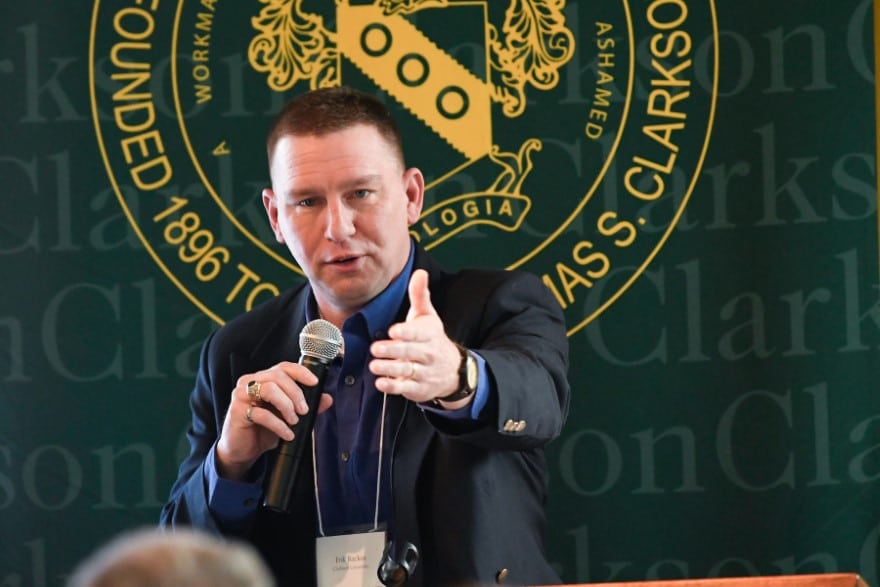 When the COVID-19 pandemic hit, Backus says leaving his office without knowing his future was like when he left for a new deployment. But his homestay has been nice, he says, because of the extra time he’s spending with his wife—who already worked from home—and their pets while being able to enjoy his backyard and home.

And the military background has helped cope with the extreme circumstances created by the coronavirus. “You’ve got to be more deliberate and take extra time to give clear guidance to help them cope with the stresses and not worry about the things you can’t control,” he says. “It’s been a lot of crisis management skills that you learn from the military, and I’ve been sharing that as much as I can.”

In conjunction with his role at Clarkson, Backus is part of a team showing the International University Sports Federation how to make use of existing facilities in Lake Placid—the village hosted the 1980 Winter Olympics—while also planning what new facilities may be needed for the games, still scheduled for three years from now.

He expects to break ground for the volleyball facilities next summer, so he’s hoping to visit the region soon to talk about materials, planning and construction.

“They’re still moving ahead, but because Lake Placid is a hospitality economy, they’ve taken a big hit,” he says. “There’s a lot of fear and trepidation about recovering from [COVID-19].”

Lake Placid is redoing the entire streetscape for the village’s Main Street, but the timeline has been pushed back because of the pandemic. Backus is confident that the resilient people can get it done. 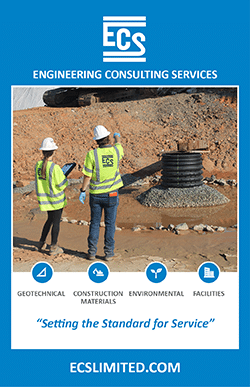