She did it her way

Growing up in Mineral Wells, West Virginia, Erica Moore remembers the magic surrounding her father’s construction business. After breakfast on Saturdays they’d tour the company’s work sites, gauging the progress of each project. Returning to the office, she’d run the adding machine to keep tabs on the “money” they made, before heading back outside to play. 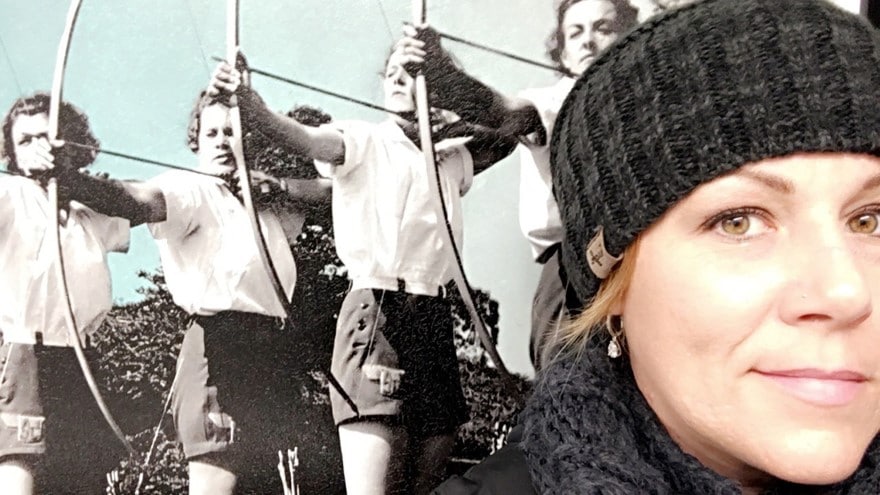 She was only nine, after all.

The oldest of four girls, Moore’s parents told her she could be anything she wanted—including a construction worker. It was only when she stepped outside her community that she got her first taste of gender discrimination.

Undeterred, and with a steadfast drive to pursue what always interested her—be it a college student, mother or sculptor—Moore ultimately landed a role as the director of construction services for the Chicago market at Greystar, an international real estate development and management firm.

“It was a weird path to get to this place, but it’s the life I’ve lived,” Moore says. “Greystar’s proactive with diversity in the workplace and I feel incredibly supported. Now I think being visible to other women and showing them this is a viable career path is important.”

Yes, that’s billion with a B. 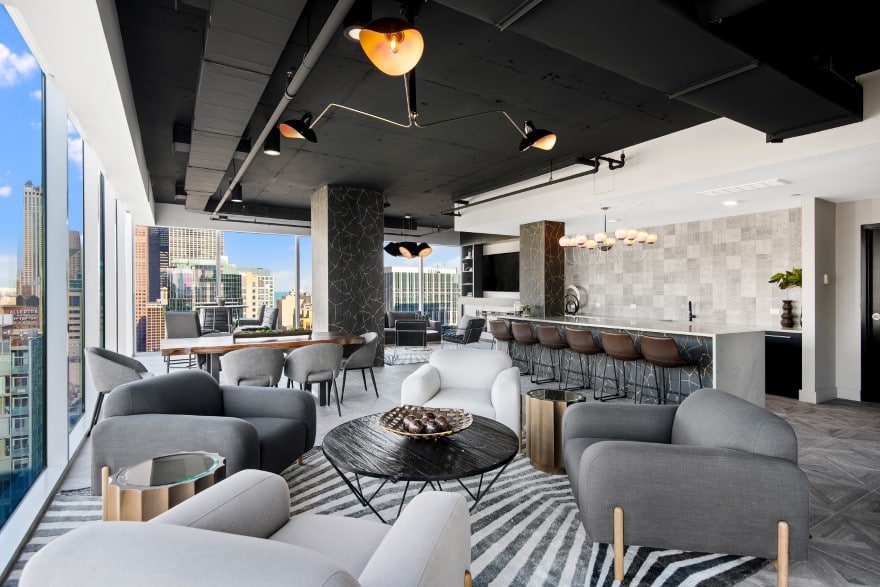 While Moore can discuss projects in deference to her clients, she will say it’s a high-stakes game with plenty of responsibility. Promoted to her current role in January, she oversees projects in the Midwest with the sole objective of providing high-quality customer service while growing the construction services business in Chicago.

With plenty of construction experience—and as a past laborer herself—Moore says she connects with construction crews and knows her way around a job site. She also spends plenty of facetime in meetings with clients.

In terms of nuts and bolts, her days are filled with standard capital improvements to housing units, including LED light retrofits (to support green and sustainability initiatives) and adding amenities like dog parks, rooftop terraces, fitness centers and communal work rooms.

“Honestly, it can be exciting and complex, but we’re often addressing non-sexy issues such as leaky windows,” she says.

To help her on her rounds, Moore hired Attia Lawrence, who serves as a renovation foreperson, overseeing unit upgrades. Being in a male-dominated profession, Moore always appreciates any woman who applies for these jobs. Why? Because by the time they get to this level, they’ve experienced a lot of pushback—and have figured out how to stand their ground. 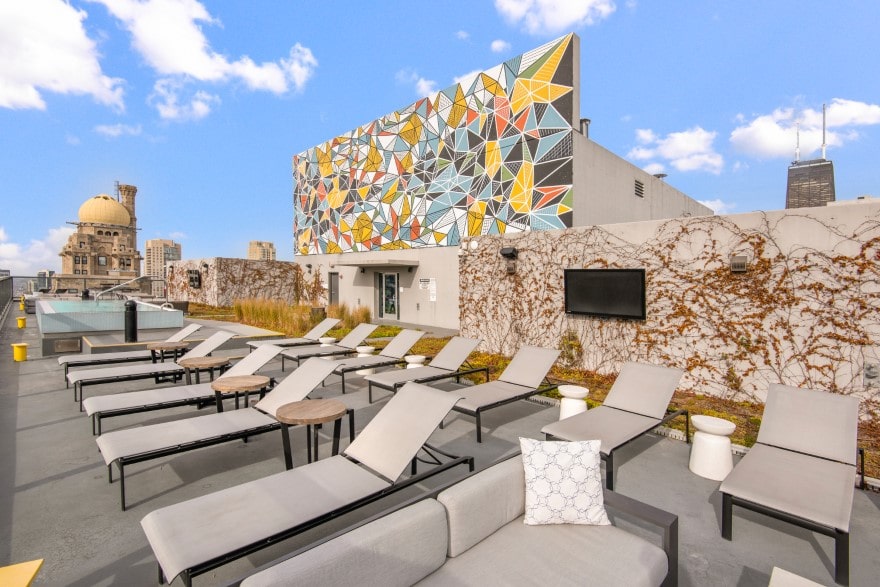 “If they’re anything like me, they probably asked themselves a hundred times why they’re doing what they’re doing,” Moore says. “For me I know it’s because I like a challenge and I know who I am.” It’s that self-knowledge, she explains, that helps her through the tough days.

“I know and trust what my inclinations are, what my foundational skillset is and I always find a way to maximize on those,” Moore says.

To be sure, hers is a path that’s had its share of twists and turns. The daughter of a contractor, Moore knew it wasn’t an easy life. With lean business prospects, her father often uprooted the family to follow the work. Every year from middle school through 12th grade, she attended a different school. 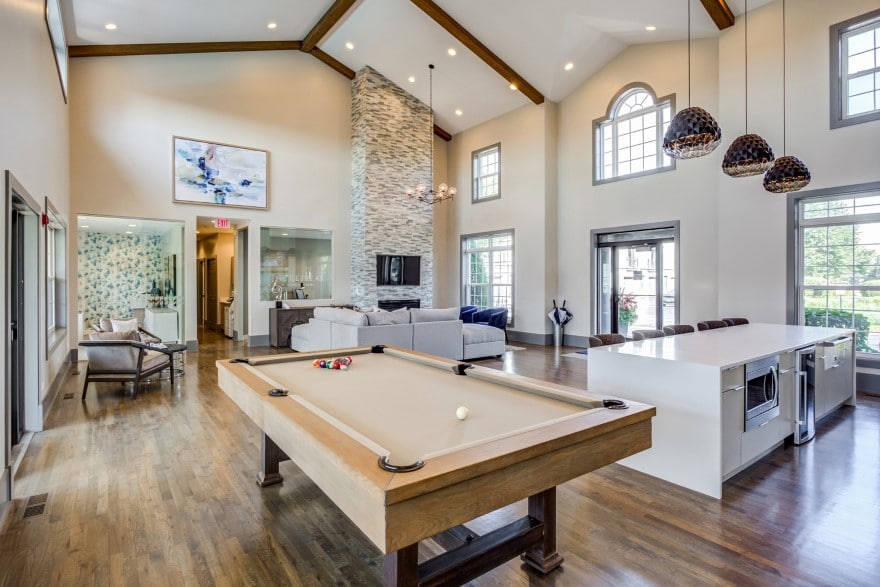 “I saw the best and worst of it all and the fragility of business. I learned early on opportunity does not come to you, you have to go find it,” Moore says.

A self-described late-bloomer, Moore’s life became a mix of construction work, motherhood and college. In 2007, she earned a bachelor’s degree in sculpture at Virginia Commonwealth University School of Arts where her specialty was installation art.

“I loved sculpture because it seemed to have the least rules … it was an avenue to explore topics that interested me on a higher level of consciousness. That got me fired up,” she says.

Degree in hand, she packed up son Malachi and headed to the University of Illinois at Chicago, where she earned her MFA in 2009. Still more comfortable in blue collar circles, she kept herself grounded working as a finish carpenter.

“I was always looking for something bigger and seeking out what’s next,” she says. “I thought that would lead to teaching and working as an artist, but the economy was tanking. I needed a job to pay the rent and feed my family.”

Still, when she went out to look for construction positions, Moore was told by businesses that they didn’t need “a nice lady to answer the phones.” 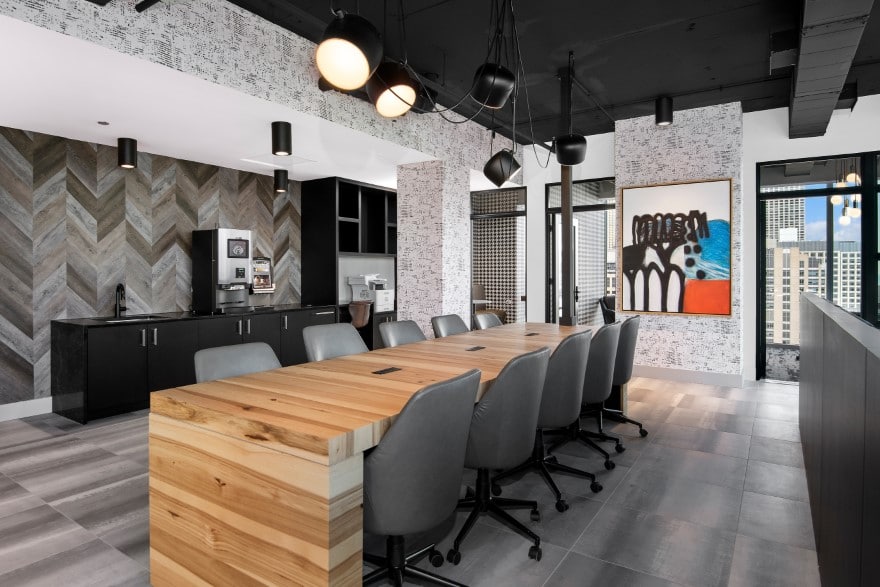 “It was discouraging, but I was not ready to give up,” she says. “I kept thinking how can I get into the construction industry without them knowing it?”

Moore begged to be a cashier at a hardware store. The hiring manager thought it was a joke. “I promised to be the hardest working person in the room … and after a heavily-debated argument I was hired,” she says.

Proving her mettle, she quickly moved into the plumbing department. There, she met locals in the maintenance industry and quickly made an impression. She got her lucky break with Vince Tolbert, a city building engineer and longtime customer of the store, who helped her land a job as a service technician for a 900-unit high-rise building in 2011.

For the next five years, “It was a ‘fake it till you make it’ situation,” she says. “I had to learn the logistics of big high-rise mechanical equipment and all that entailed.” Her work continued there until she delivered her second son, Dylan.

In 2013 she became the facilities manager at a local health and tennis club. As luck would have it, in 2014, a friend from the hardware store told her Greystar was hiring. She got a job as a maintenance supervisor and progressed to construction service manager in 2017 before landing her current role. 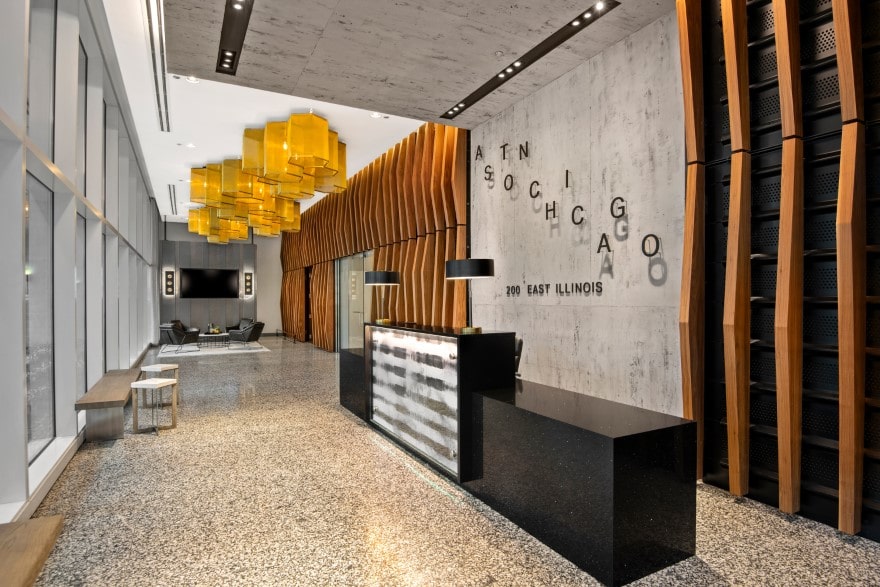 Also unique to Moore was her experience with art, something she successfully wove into her more technical construction work. “I’ve learned through sculpture to look at things from every angle, while still maintaining perspective to see the whole picture,” she says.

Now mentoring other women, Moore is happy to share her insights to help others along. Though the biggest lesson, she says, will always be the same: Stay true to yourself. “If I’m being challenged by negativity, I try to bring it back to the work itself,” Moore says. “If you do the job, that noise will diminish, and the work will speak for itself.”