Creativity’s the constant in commercial redevelopment

To paraphrase Mark Twain, rumors of the retail industry’s death have been exaggerated. Perhaps even greatly exaggerated, according to the construction director of a company that’s bringing new life to tired properties from the mid-Atlantic states into New England.

“Retail has always been a dynamic subject,” Eric Kelly tells Blueprint in February from Paramount Realty Services Inc. headquarters in Lakewood, New Jersey. “But even with e-commerce, there’s still a need for brick and mortar. Your personal shopper is from your area and is making purchases at stores near you.”

A developer has to be creative and farsighted about how the redevelopment process is used, he goes on to say. Some of the retail stalwarts having run their course, it’s essential to diversify a shopping center’s offerings into entertainment, service, passive recreation or what-not. And opportunity is everywhere, there being so many struggling mega-, mini- and strip malls from coast to coast. 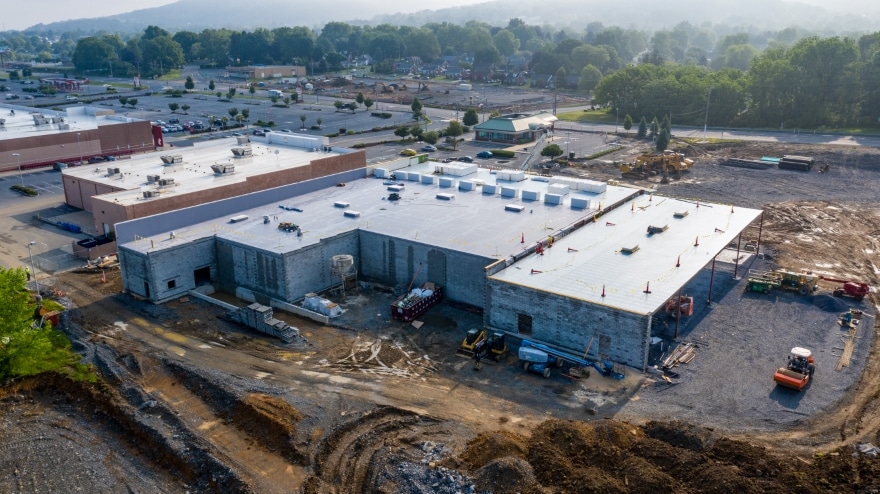 Including one in Muhlenberg Township, about 70 miles northwest of Philadelphia, where Paramount literally moved a mountain—or at least a stony ridge—to make way for new tenants in what’s become the thriving Town Square Plaza. Paramount bought the site intending to improve it with contemporary establishments like Ross Dress For Less, but that stony ridge stood to obstruct the vision.

Obstacles needn’t be insurmountable, says Kelly, who brokered a deal with the municipality. It allowed for a tax abatement and for Paramount to blow up the ridge and recycle the crushed material for sidewalk construction. Paramount would also gift the town with benches and provide space for other property tax paying retailers in a revived shopping center that could have spinoffs.

“My role was to find a solution and get everyone on board by listening to the engineers, architects and construction guys and ask: ‘How can we do this in a manner that benefits all?’” he explains. “It was actually the estimator from Schlouch and my engineer at Langan who came up with the idea, but it was the presentation prepared by JLA that sold everyone on the plan and got support from neighbors and the town, and now we all have a fantastic redevelopment.”

“Just a win-win-win,” Kelly says, adding that the tax abatement was necessary to offset high construction costs. “It is also noteworthy that our project was the first of several new developments on that block. We put the shovel in the ground first and the others soon followed.”

If Paramount has a secret sauce, Kelly says much of it results from nurturing relationships with general contractors, architects and engineers, and partnering with popular retailers.

“We try to keep three primary general contractors for each size project to keep them all busy,” he notes. “We fit the project with the right one based on timing and specialty, which allows for loyalty and competition.” 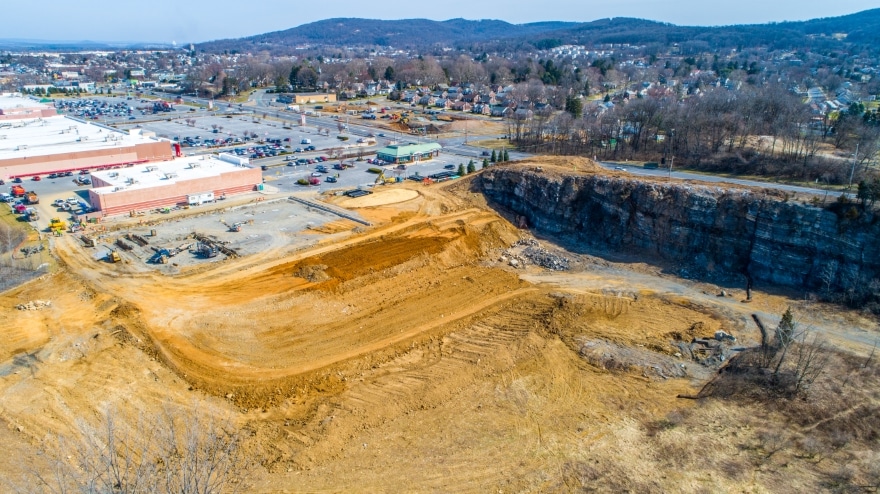 Having an up-close view of what he calls “America’s de-malling,” Kelly sees potential in each defunct A.C. Moore, Sears, Toys R Us, Babies R Us and whatever other chain has gone stale. So many of these operations have excess space, so he looks to subdivide. And while it can be a painstaking process to outfit several tenants where there was one, a successful outcome makes it all worthwhile. It’s what Paramount did in Enfield, Connecticut, where it bought another distressed mall just before he joined the team.

The cavernous space that was once Bob’s Discount Furniture has been divided into a Homesense and Ulta Beauty on either end, with Five Below, Michaels, DSW, Old Navy, Marshalls, Barnes & Noble and ALDI in between. A new Petco abuts ALDI and Ocean State Job Lot and several chain restaurants are also included in what’s been rebranded Enfield Commons.

Again, partnerships with vendors were essential, with Clearheart Construction assisting in the budgeting and the building of Homesense, and Desco Professional Builders assisting with the shell, façade and Ulta buildout. Both contractors were selected because of their expertise in brand standards, enabling the project to be streamlined in both schedule and cost without sacrificing quality. More tenants are en route, Kelly says, including a Starbucks, Jersey Mike’s sub franchise and AAA.

A builder from the start

While COVID-19 complicated a south New Jersey project called Cherry Hill Commons, he takes satisfaction in it still being delivered on time to its tenants, though they couldn’t initially set up shop. Kelly experienced in subdividing a Babies R Us, he had one here that Ross and dd’s Discounts would move into. Whereas under normal conditions one general contractor could oversee the conversion, the tight schedule necessitated that Ivyland Construction, and National Maintenance and Build Out Co. share the job.

“Normally a general contractor hates such an arrangement,” he points out. “They lose control; but we rolled up our sleeves and both GCs worked hand in hand. We had to deliver a brand standard in an unknown existing space during unprecedented times. With cooperation from Ross, my GC, my architect Create and the town, we pulled it off.” 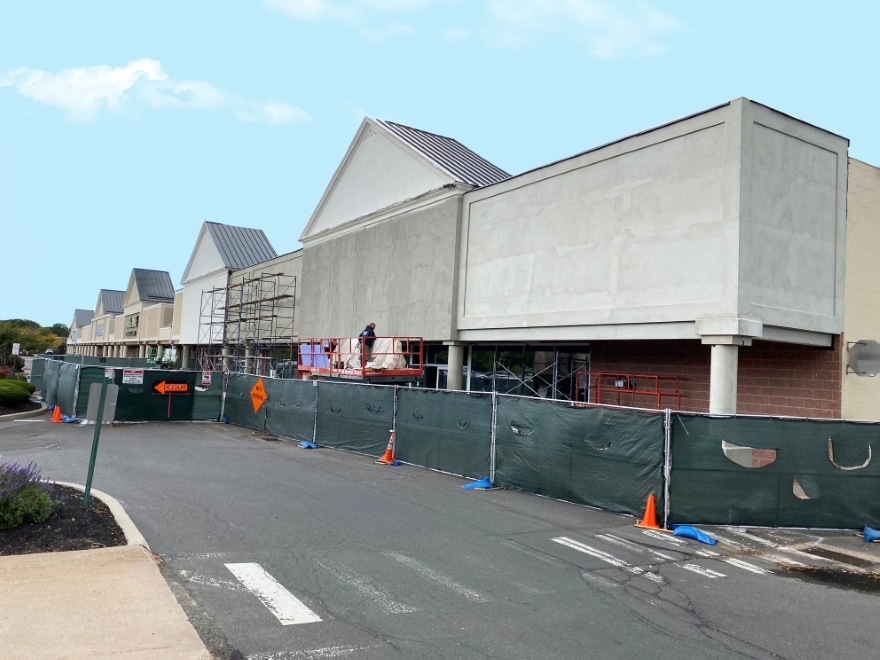 With difficulties, he adds. Some of the employees became ill, and precautionary measures called for them to be sidelined for two weeks. The foreman also became sick and some deadlines were stressed, but NMBOC was able to mitigate issues by calling in workers from other projects.

Even under the best of conditions, Kelly notes that major projects or negotiations can encounter situations beyond anyone’s control, and the need to pivot is a given.

A graduate of Drexel University, he initially worked for his father, who owned an electrical contracting company. Then, one of his Theta Chi fraternity brothers, who is a general contractor, beckoned Kelly to work for him. Eventually he’d work for CBRE and hold positions of real estate manager and project manager. Upon meeting the owners of Paramount Realty Services, he intended to pitch the company to contract with CBRE, only to have Paramount invite him aboard.

While construction director is a heady title, the 43-year-old husband and father of four doesn’t feel it describes all his opportunities to contribute to the company’s success.

“I’d like to think my real strength is getting the best value on a project,” Kelly says. “When tenants want or need a new space, we can turn it around in timely fashion and work with different groups to spread out costs and to deliver on time and on budget.” 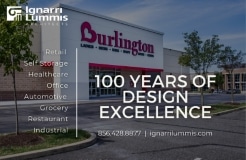 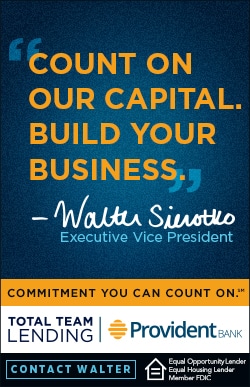 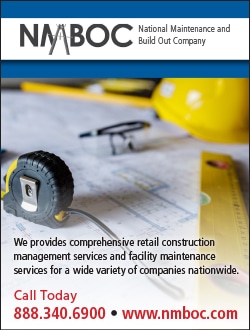 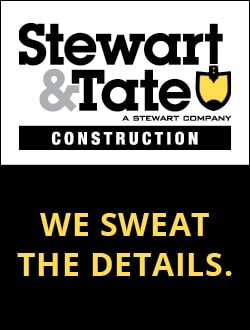