For one cladding company, the more, the merrier—competition included

Engineered Assemblies Inc. doesn’t want a bigger piece of the pie. It wants a bigger pie. For the lightweight exterior cladding company, that means bolstering the entire industry, competitors included.

Engineered Assemblies supplies Canadian architects with European façades, specifically rear ventilated rainscreens, made with materials like fiber cement, wood and porcelain. Rear ventilated rainscreens are essentially lightweight exterior cladding systems that are offset from a building in order to protect the structure from moisture and provide added insulation. 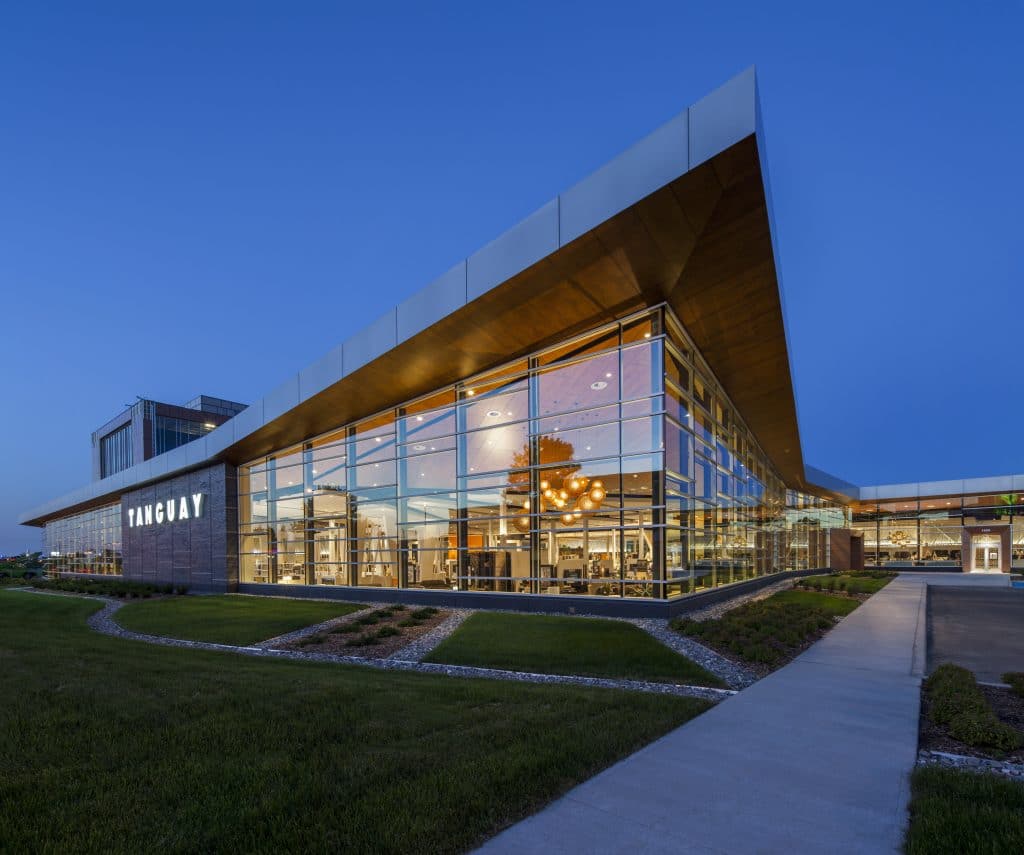 In addition to its façades, Engineered Assemblies has created the TcLIP™, a thermal clip it engineered to attach those rain screens without compromising their thermal efficiency. The company also provides detailed design guidelines so that architects know the best way to install the façades. Most importantly to owner and founder John Kubassek, though, is that Engineered Assemblies is making the entire rear ventilated rainscreen industry stronger by welcoming and collaborating with competition.

“Wherever I can, I’ve removed the whole me-versus-you, and I just say to them, ‘We are here to grow the pie. It’s better for you; it’s better for us. We all get a bigger piece of the pie.’”

While Kubassek’s approach is certainly different, those close to him—employees, clients and competitors, alike—say he’s sincere.

In the early 2000s, Kubassek was working for a siding installation company, but he wanted to do more. Andrew Rogers tried to hire Kubassek to work at his company, Sound Solutions, which distributes similar rear ventilated rainscreen cladding systems.

“I wasn’t in the position to hire him at that time because we were still quite small, and I couldn’t afford him,” Rogers says. A good friend of Kubassek, Rogers jokes, “He made me regret that decision.” 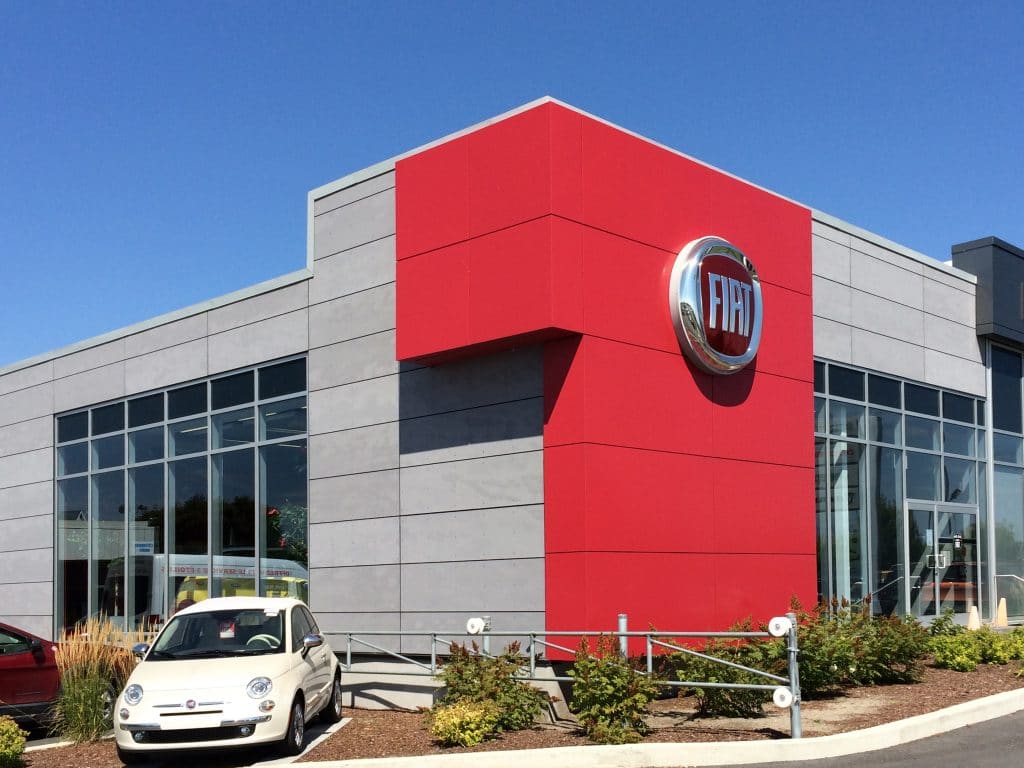 Other companies have caught on too, though. In 2005, a National Building Code of Canada change required rainscreens on new buildings in certain parts of the country. Even when they’re not required, architects have realized the benefits of rear ventilated rainscreens. In addition to blocking moisture, the systems create an air buffer between the building and the exterior. That provides insulation and helps stabilize building temperatures during freeze-thaw cycles which can damage a building’s structural integrity.

While many business owners would lament more competition, Kubassek welcomes it. In Kubassek’s ideal world, more architects will specify rear ventilated rainscreens, and through healthy competition, a large pool of suppliers will have a chance to vie for that business.

From the start, Engineered Assemblies set out to add value and to share what it learned with the industry, and especially with its clients.

“We give them full guidance and share details and design guides that we have, and we collaborate,” Kubassek says. “Our purpose is to grow the market in our sector, not just take a bigger piece of the pie, so architects are very open to that.”

Stephen Teeple, founding principal of Teeple Architects, says he’s grateful for both the interesting products that Engineered Assemblies has brought to the Canadian market and the design-assist role the company plays. Engineered Assemblies gets involved early in its clients’ projects and makes sure the engineering is sound.

“To be totally honest, sometimes they’ll do design-assist and it won’t pay off for them, but they do it as a nice service to the industry and for the betterment of how things are built,” Teeple says.

Engineered Assemblies doesn’t just share its design guides and install manuals with clients, though. The information is available to competitors, too.

“John’s approach, very early on, was not to try to hide and hold our secrets,” Bursa says. 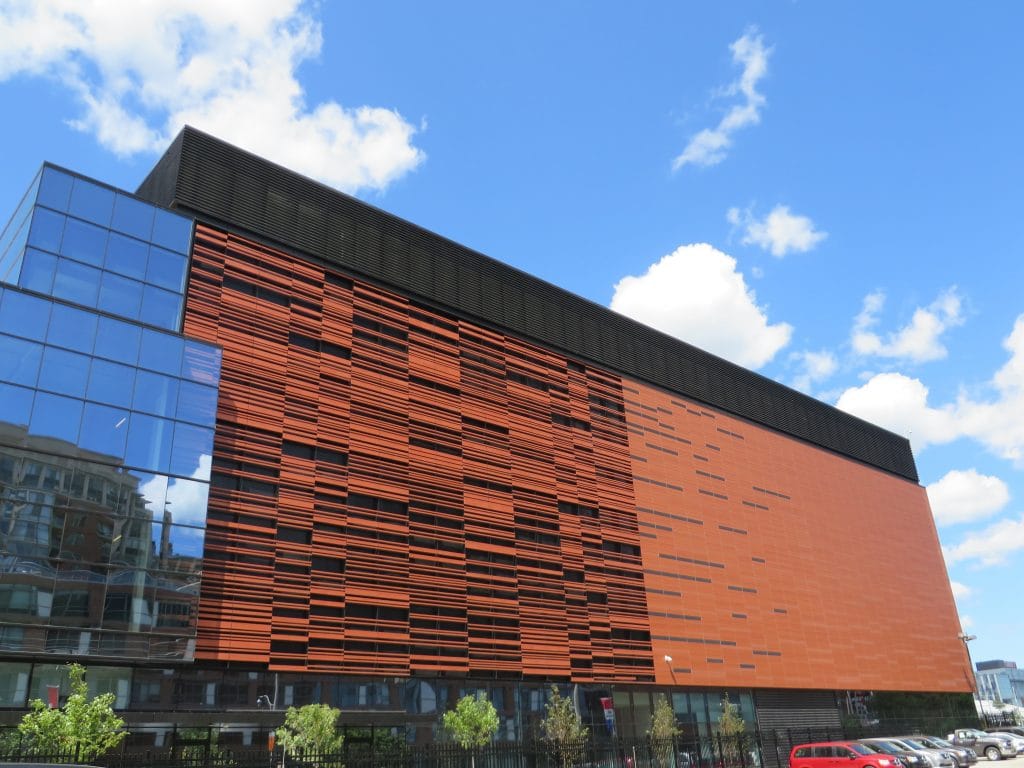 In many cases, Engineered Assemblies provides the rear ventilated rainscreens to architects who hire their own installers. But as Engineered Assemblies grew, it launched a sister company, Praxy Cladding, to install the systems for clients who requested that service. Bursa now leads Praxy Cladding, and the two companies have amassed in-depth knowledge about the best way to install rear ventilated rainscreens. They share that information industrywide.

“Quite frankly, one bad install or one failure will do more harm than 50 nice installs will do good,” Bursa says. “So the intention is here’s how it’s done. We would like to do it. We would like to install the material, but ultimately, if you’re going to go with a competitor’s product, make sure it’s done right.”

According to Teeple, when rear ventilated rainscreens were first introduced to North America, there were quite a few failures, so the level of detailing Engineered Assemblies provides is “very, very important.”

Kubassek’s unique approach has been known to turn potential competitors into collaborators. Shaw Brick is a testament to that.

Shaw Brick has been selling brick and clay-brick cladding systems to Atlantic Canada since 1861. In recent years, it evolved into a cladding expert, to become more than a brick wholesaler, says Brady Hawley, Shaw Brick’s sales and operations manager.

It’s a win-win-win, he says. For Engineered Assemblies, the partnership creates a stronger presence in Atlantic Canada. Building owners and architects in the territory benefit from access to more products. And, Shaw Brick has become “one-stop shopping for high-quality cladding,” Hawley says.

Time and time again, stories like these speak to Kubassek’s unique, collaborative and mutually-beneficial approach.

As Teeple says, Kubassek’s “relationship with the industry is to be supportive of everyone who’s trying to do good work, not to worry about winning every contract, but to win through innovation and win through being cost-effective and win through healthy competition.”