It was Christmastime 2016 in Temple, Texas, and the offices of Ellis Air Systems Inc. were decked out for the company’s holiday party. Co-owners Mason and Preston Ellis got up to make a startling announcement.

Ellis Air had just been ranked as the fastest-growing HVAC service and installation company in Texas in Inc. Magazine’s 5000 List.

“Right then we got a standing ovation and our pride just expanded by 100 percent seeing how excited everyone was, because these are the hardworking people who helped us get there,” Mason says. 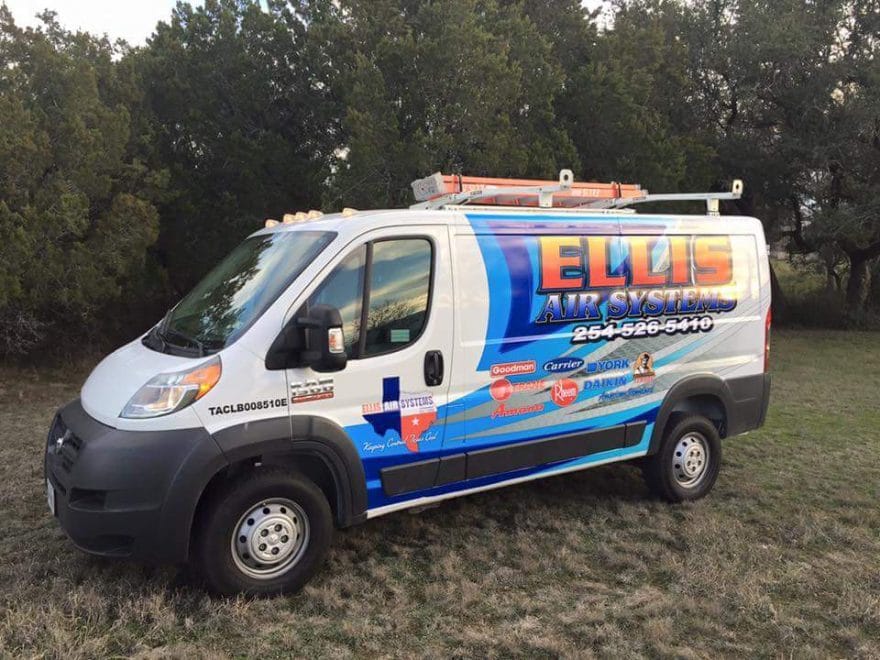 Founded in 1988 by Mason and Preston’s father, Fred, Ellis Air specializes in HVAC installation, repair and add-on replacements for commercial and residential clients in Bell, Coryell, Gatesville and Williamson Counties. The company installs and maintains sophisticated HVAC systems and components, ranging from gas furnaces and air ducts to heat pumps and systems for zone control and indoor air filtration. It also insulates attics.

“I find it crazy that my competitors will still say, ‘well, we can’t do that or we don’t work on that stuff,’” he says. “What kind of successful business motto says that you should only do one aspect of the field when you are licensed to do them all?”

When Fred started Ellis Air, the HVAC company was a residential service contractor. Mason says he and his brother grew up surrounded by the business, spending most of their summers sweeping the warehouse and crawling around attics to repair units.

In 2012, once Mason graduated from Texas A&M University, he and his brothers joined the family business full time. Back then, Ellis Air had only 12 employees, but even with a small crew, Mason says his father had a reputation as an honest, hard-working service contractor. With the brothers involved, it quickly grew.

“We were able to take it to the next level and really broadcast some of these great, significant advantages that Ellis Air has over the competition just in the way we do things and care for people,” he says. 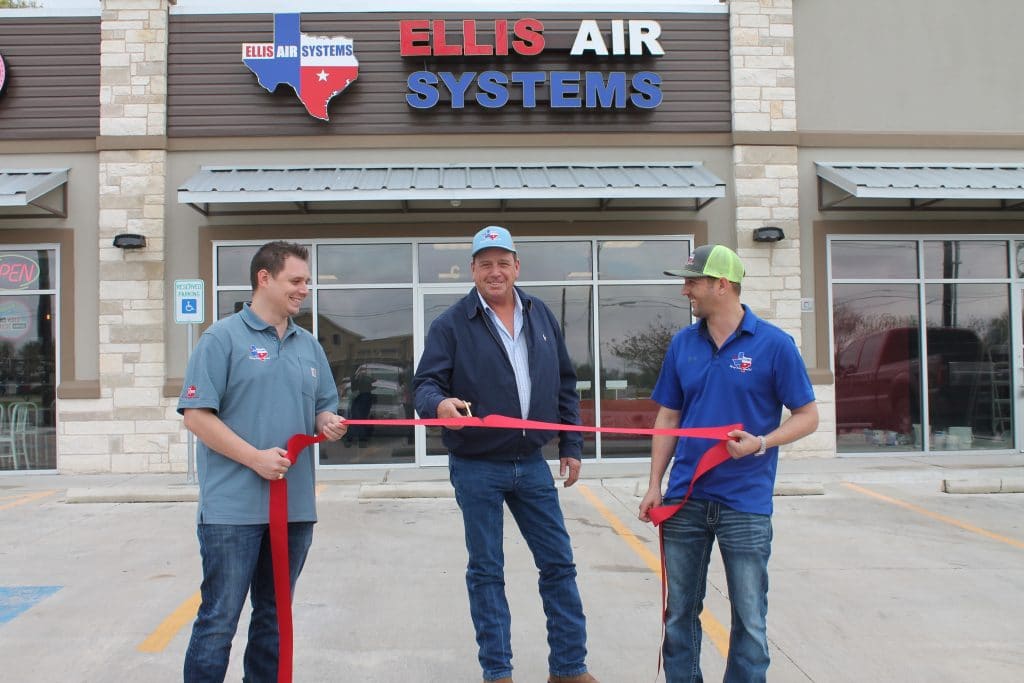 Under the brothers’ guidance, Ellis Air began expanding into new construction, commercial HVAC repair installation and many other services. Today, Ellis Air has 90 employees, but Mason says it still operates like a small, family-run company.

Every Tuesday, Ellis Air holds weekly training sessions. They ensure that technicians are learning new skills, no matter their experience level. They also ensure that service is at the forefront of everyone’s mind.

That way, when employees meet with clients, their questions are about lifestyle and level of comfort. Does anyone in the house have allergies or asthma? Does anyone smoke? Perhaps most importantly, are they aware of the SEER/EER rating of their current system?

This rating is significant because it indicates how efficient an HVAC unit is—the higher the number the more money people save on their energy bills. Using a tool called iManifold, but known in the industry as Gauges, Ellis Air technicians can bring up a system’s SEER/EER rating right from their iPad, so customers can see how their systems stack up.

In Texas, the minimum standard is 14 SEER, but Mason says most HVAC systems in their area hover at the six to 10 SEER range because the systems are typically 20 years old or more. Ellis Air can install an HVAC system with a SEER rating of 20 or higher, which saves homes and businesses an average 30 percent on energy bills compared to what they pay with standard 14 SEER systems.

“As insane as it may sound, we actually get tons of referrals from our competition because they simply don’t feel comfortable trying something new.”

Other technologies employed by the company include Wi-Fi controlled thermostats and carbon filters with active UV lights that kill mold spores, cooking smells, odors and tobacco smoke that may be circulating through the system’s vents.

“Basically, instead of breathing in the flu virus that your daughter may have caught, which everyone in the house could now catch, we can rid ourselves of that [germ],” Mason says.

Ellis Air has installed many of these units in local daycare centers, and even uses them in its own office.

Embracing the cutting edge has given Ellis Air an advantage in the aging HVAC industry, Mason says.

“As insane as it may sound, we actually get tons of referrals from our competition because they simply don’t feel comfortable trying something new,” he says. “And we tend to find that when they refer a customer to us, even a longtime customer, that we now have that customer for life.”

Even as the company celebrates its recognition from Inc. Magazine, Mason and Preston say they have no plans for slowing down.

In March 2017, Ellis Air opened a second location in Temple that the company uses as a showroom. Customers can walk around the different types of HVAC units and even see inside them, “almost like a car dealership,” Mason says. 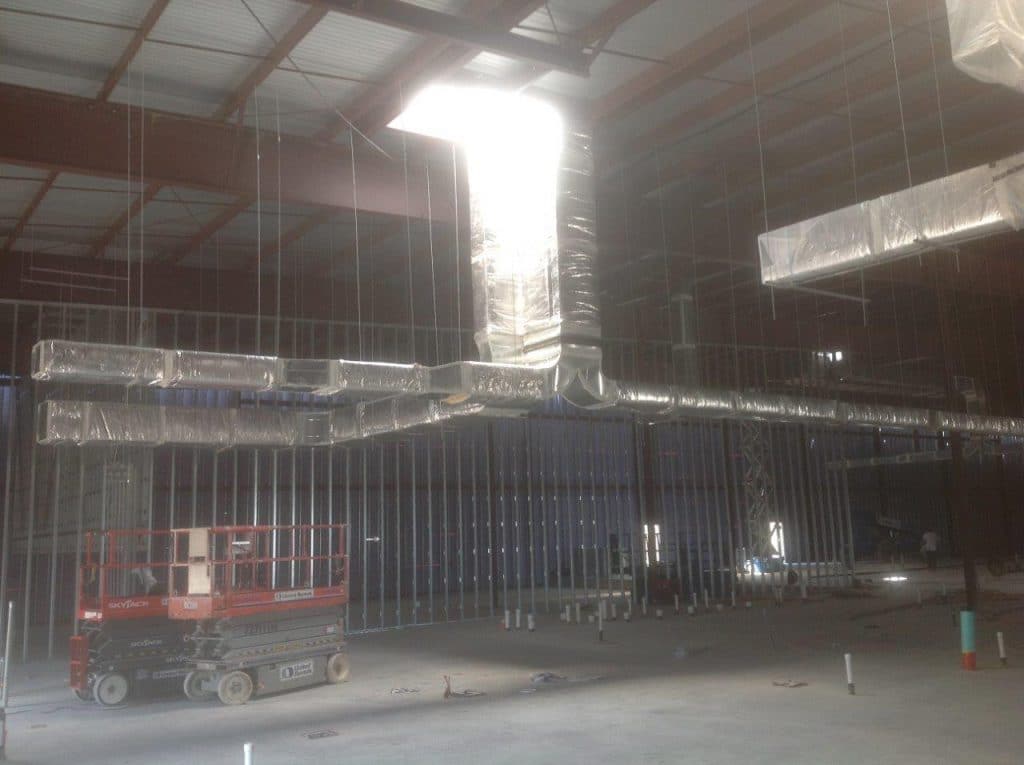 “This helps us because then people start to ask questions, you know, ‘why is the board so big, what does this panel do?’ and we’ve had some really great feedback,” he says.

In the future, Mason, Preston and their father, Fred, hope to open more locations across Texas, and even dream of having hundreds of employees under Ellis Air.

“It’s a lot of hard work, and a lot of long hours. There is no easy formula that someone can pick up and succeed with,” Mason says. “But what I’ve been able to do is get some really great people who know that even if they don’t have the last name of Ellis, they are still family to us.” 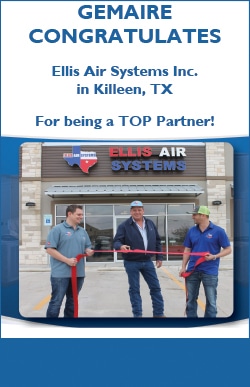 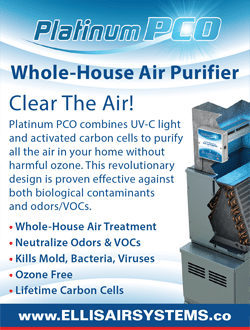 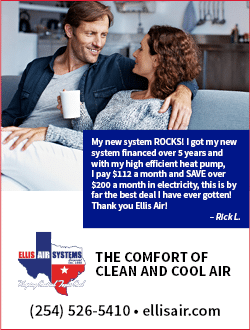