It’s the cornerstone of Shell Global’s Deep Water strategy, anticipated to be sucking 175,000 barrels of crude daily from beneath the Gulf of Mexico, by decade’s end.

Built in South Korea and having arrived in Ingleside, Texas, last year for final construction, the four-column Appomattox platform will be 16 stories high and two football fields wide, and displace more water than an aircraft carrier by the time it’s tethered 80 miles offshore where the depth is over 7,400 feet. 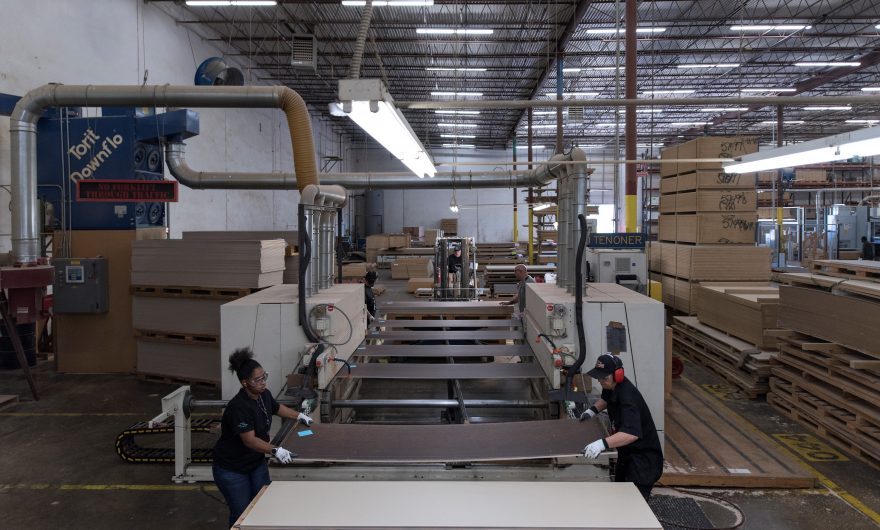 An engineering marvel by any standard, it’ll be Shell’s largest semisubmersible production system as well as, for extended periods, the worksite and home away from home for administrators, scientists, roustabouts and general laborers, who will have to be kept safe and comfortable in what might seem the riskiest of environments.

Contributing to that necessity is Panel Specialists Inc., led by Elliot Germany since 2009.

Since its 1990 founding, Panel Specialists has manufactured and installed a very diverse selection of wall paneling, case goods and furniture for such institutions as hospitals, airports and universities. Now the Temple, Texas-based company is being counted upon to outfit the halls, corridors, living quarters, conference areas, gym, kitchen and maintenance areas of the next generation of offshore rigs. Though the stakes here seem considerably higher, Panel Specialists’ soft-spoken and very congenial president and CEO is confident the company will again vindicate the trust of its client.

“We’ve been in the maritime industry for a long time and have proven ourselves very dependable,” Germany tells U.S. Business Review in April. “We’ve got the materials and methods to do this.”

For over a quarter-century Panel Specialists’ expertise has included marine wall panels with a Fipro core that is regarded as the industry standard and is U.S. Coast Guard-approved for marine architecture and decorating, where fire protection may be the overriding concern.

The panel cores are made from vermiculite, a mineral that, when blended with inorganic binders, is pressed into boards free of asbestos and other dangerous fibers. With such materials in place aboard the Appomattox, the chances of a serious injury in the event of a fire will have been significantly lessened where PSI’s non-combustible panels are installed.

Meanwhile there’s plenty of work for Panel Specialists to do on terra firma, where the company has a knack for chasing down projects that, unlike oil exploration, aren’t so subject to booms and busts.

Indeed, when Germany ascended to company president after seven years as operations director, it wasn’t the best of times for anyone involved in construction. Yet, Panel Specialists more than just survived the hard times—it thrived, as it’s so often done since its 1990 founding by a trio of enterprising Texans whose business savvy and community commitment Germany sustains.

“We’ve always tried to seek out markets that may not be recession-proof but are recession-friendly or tolerant,” Germany explains. “There will always be constants in the marketplace, and we’re very efficient about targeting them.”

High among those constants is health care, perhaps the most evolving and expanding industry, particularly in a vast state like Texas with its population surpassing 28 million. You’ll find Panel Specialists’ customized casework, decorative wall coverings, millwork and patient headwall solutions at the new Parkland Memorial Hospital in Dallas, as well as in smaller community facilities serving the Lone Star State’s rural areas.

That Parkland project was especially sensitive, Germany notes, explaining that a major contractor, Balfour Beatty Construction, needed an experienced sub that could be relied upon to collaborate with hospital administrators and participate in the outfitting of almost 900 rooms in the 1 million-square-foot Acute Tower, one 70,000-square-foot floor at a time, without interrupting other projects in progress.

“We needed subcontractor companies that had worked in that kind of environment and could adapt quickly to change,” Balfour Beatty’s operations director Matt Jones said when the six-year-long project was consummated in 2015. “PSI was not just a subcontractor; they were partners who helped out in a difficult situation.”

Public and private educational facilities of any kind are another segment well served by Panel Specialists, Germany reminding that even when the economy is troubled, colleges and trades schools may be busy training people in need of new livelihoods.

And, come the end of the academic year, rare is the elementary or high school that won’t have shown at least some wear and tear. From new construction to remodeling, Panel Specialists’ products have long-proven ideal for high-traffic, high-use areas and have won the trust of many school superintendents and facility managers.

“Good advertising brought us to PSI, the people behind PSI have kept us coming back,” says Dr. Robin Battershell, the Temple Independent School District superintendent who, over the years, has gotten to know Germany and his crew well. “PSI is not only interested in providing a good product, it is obsessed with providing quality people to produce, install and support the product.”

Panel Specialists’ expertise can also be found at airports, among them Dallas-Fort Worth International, Sky Harbor International in Phoenix, and Hartsfield-Jackson Atlanta International, where the company has fabricated panels for boarding tunnels. Germany is expecting more business on that front.

Salute to the services

Then there’s any military or quasi-military organization where people might dwell in barracks for a lengthy spell. A retired Army non-commissioned officer, Germany is always eager to handle projects for the armed services.

“Serving in the military was the greatest honor in my life,” says the 47-year-old Germany, who served from 1988 to 2006 and was a basic non-commissioned honors grad at Fort Lee, Virginia. “We only get a few such blessings and I’ve been very blessed with wonderful parents, a wife and children, as well as my military service—its principles providing hope to the downtrodden and oppressed and preserving our way of life in America.” 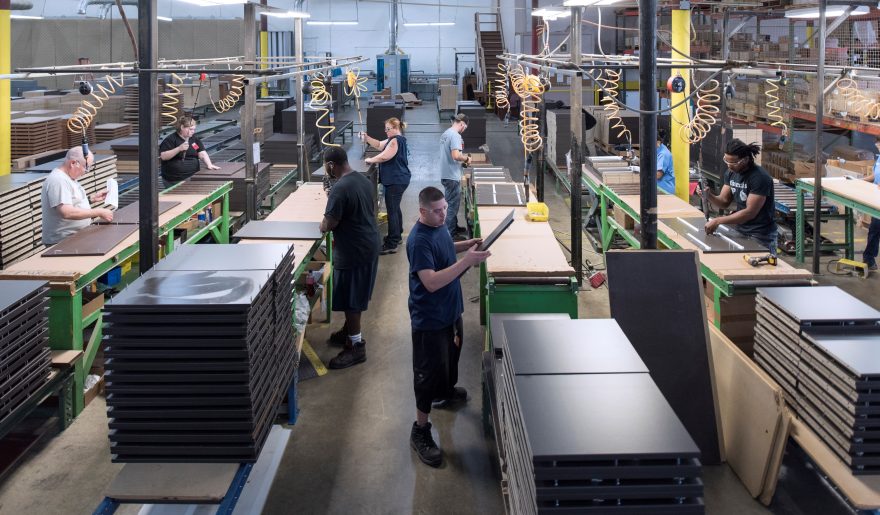 Germany tries to bring that mindset to Panel Specialists, where veterans are well represented in the 170-strong work force. A positive corporate culture was ingrained there from the beginning, he says, explaining that when it came time for founders Hal Martin, Ray Schiller and Jim Wallis to let go, they found trust in an amazing buyer, the Markel Corporation, which ensured it would remain active in Temple, and would support its existing staff and ongoing operations.

“While Markel owns us and assigns permanent capital, it allows us to operate independently, yet we retain the benefit of the sound foundation of the Markel Corporation,” Germany says. “We’re allowed to operate autonomously.”

For Germany and his team, that means much community service, with last year’s efforts including support of Hurricane Harvey relief, park cleanups and the installation of basketball hoops at a disadvantaged school whose interior Panel Specialists was outfitting.

“We serve the community as well as our customers,” he says. “We’re proud to say that our products are used by kids ages 5 to 18, by young men and women in college, and by patients and visitors in hospitals.”

And, maybe when 2020 rolls around, by hardworking folks in the Gulf of Mexico. 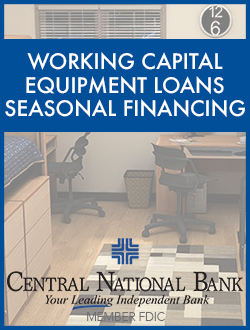 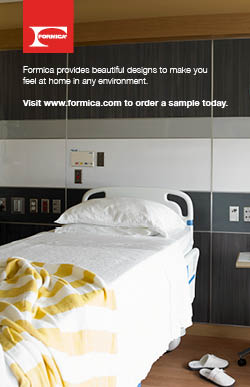 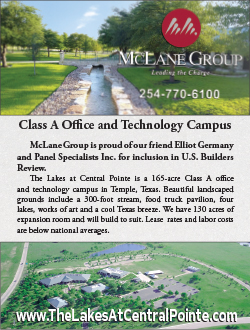 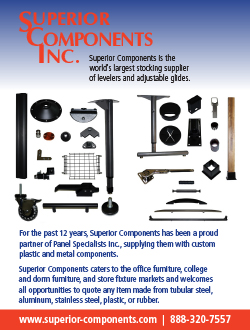 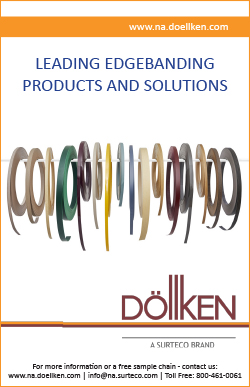