Young people being the future of any community, schools should be built to be safe, modern and inviting. Yet during the 1950s and ‘60s, many districts hastily constructed California-style, concrete-block schoolhouses—ones that bandages and remodels couldn’t sustain forever.

This has been the case at Highline Public Schools in King County, Washington, though that may be changing. Come Nov. 8, voters will be asked to approve a $518 million bond to rebuild two aging high schools and a middle school. 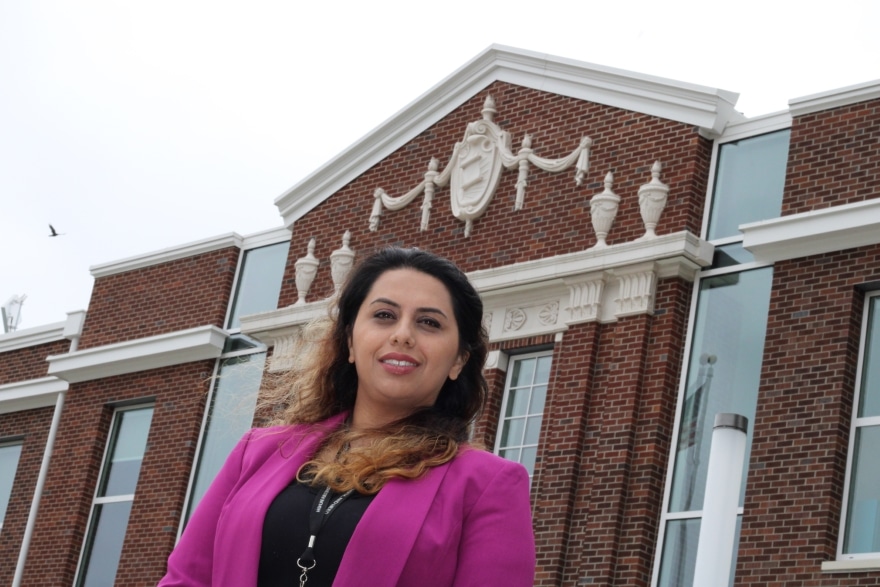 With 60 percent approval necessary, nothing’s for certain though there’s no projected increase in the property tax rate. Ellie Daneshnia is optimistic about public support. The community backed a 2016 bond that resulted in the construction and renovation of three other schools—on time and $10 million under budget, despite the logistical challenges of the COVID-19 pandemic.

As executive director for capital planning and construction, she oversaw the rebuilds of Highline High School and Des Moines Elementary School and the ground-up of Glacier Middle School. She joined the district in February 2020 following a three-year stretch as project manager at Vanir Construction Management Inc. Highline Public Schools having been a client of Vanir’s, Daneshnia made a fairly seamless transition and embraced her new role with passion.

“We are trying to continue the same positive momentum,” she says from the district’s office in Burien. “We’re hoping the community recognizes the value of providing safe, modern schools for our students. New schools are built with today’s learning technology and safety standards, and they are an asset to the community for years to come.”

Capable to the core

The previous bond project brought out the best in all involved, Daneshnia adds. The focal point was the new Highline High School, a 210,000-square-foot facility that opened last fall and earned Bassetti Architects the prestigious Polished Apple Award for education design from the Washington chapter of the Association for Learning Environments.

The new school is much more than just an aesthetic success, Daneshnia says, extolling how its library, wood shop, security features, labs and athletic facilities fit the needs of a diverse community. Whereas the prior school was over 90 years old and dark and gloomy, this one includes collaborative common areas and big windows allowing for natural lighting and greater energy efficiency. 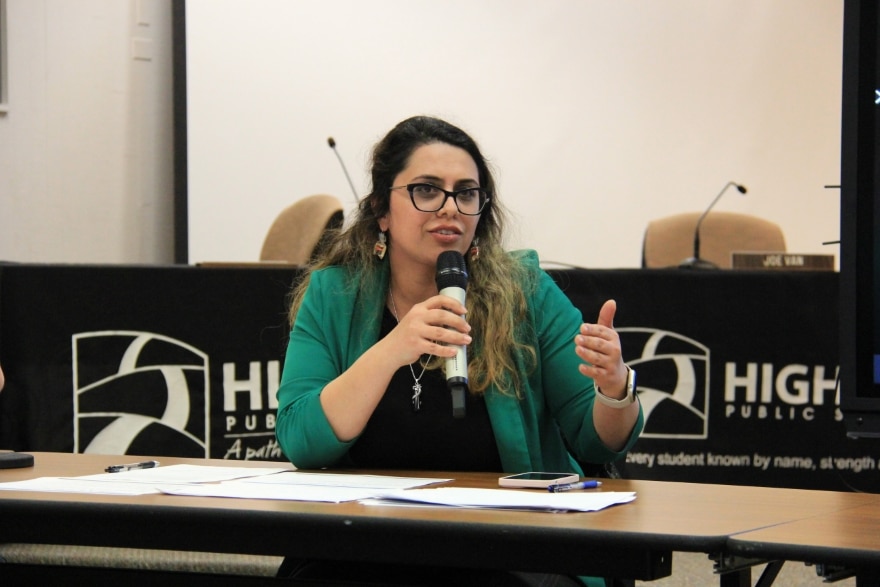 The previous bond projects included the completion of two new schools—Des Moines Elementary and Glacier Middle School—as well as the renovation of an interim school site. Though much of the work preceded Daneshnia’s arrival at the school district, she consulted from her Vanir position. Upon joining Highline Public Schools, the real challenges emerged.

“The big-ticket item was COVID-19,” she says. “We had contractors who couldn’t operate as usual. We had new rules to follow and safety-first. We had to check the temperatures of workers as they came in.”

She also oversaw force majeure—the contractual provisions that free an owner and contractor from obligations if an extraordinary event upsets business as usual. Though the pandemic met every definition of the term, Daneshnia says the district and its contractors empathized with each other and went forward without hiccups.

She credits the general contractor/construction manager delivery model for further mitigating the issues. While the public sector has traditionally depended on separate design and low-bid contracting, under GC/CM a contractor is chosen primarily on the basis of qualifications. The construction process—including sub-bidding—is overseen through a management contract with the owner. Thanks to an effective relationship with Skanska USA, she says there were few serious issues.

Daneshnia is confident that the next series of projects can proceed just as efficiently. Two more aging high schools (Evergreen and Tyee) would be rebuilt and slated to open at the start of the 2025-26 academic year. Pacific Middle School, another outdated structure, would be replaced with its opening set for fall 2027.

Since design work for those schools was funded in the 2016 bond, Daneshnia says groundbreaking could proceed without delay. And while she awaits the go-ahead for the big-ticket projects, she’s got plenty of smaller but critical projects to oversee.

There’s always a roof in need of repair. Athletic fields may need to be upgraded to synthetic turf. It’s all part of being boss of the Capital Planning and Construction Department, and Daneshnia relishes this role that brought her back to the public sector after the stint at Vanir. 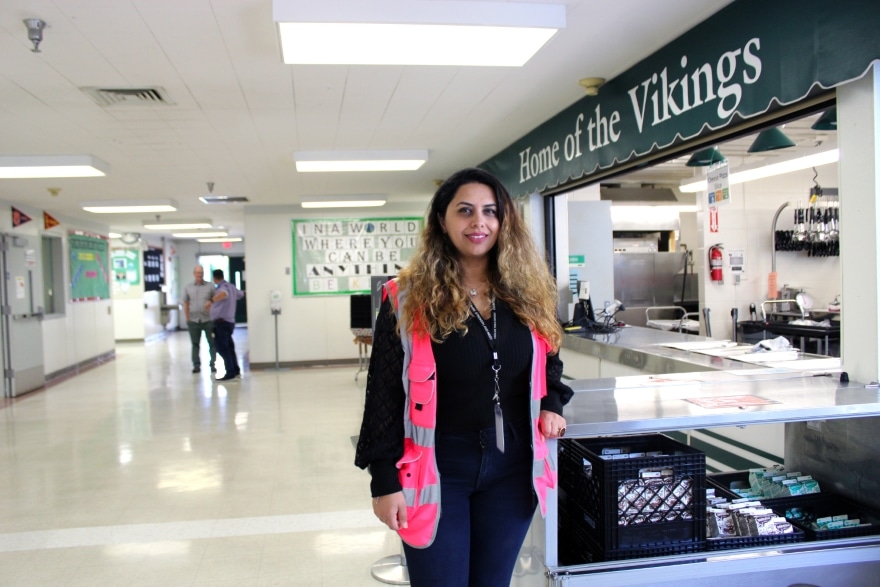 “As a consultant you do the work and move on to the next job,” she says. “I wanted to help the district in more ways than a consultant could do.”

Though she lives outside the district in the Seattle suburb of Sammamish, Daneshnia says she feels a special affinity for Highline, with its students including 80 percent children of color and nearly 30 percent qualifying as English language learners. Many also come from families that fled distressed or war-torn countries—another situation to which Daneshnia can relate.

An Iranian-American, Daneshnia tells of fleeing to Turkey from her homeland due to religious persecution of members of her Bahai faith and gender inequity. The daughter of an engineer father, she recalls wanting to rebuild burned houses for the oppressed, but as a woman, she was barred from becoming an engineer. That opportunity wouldn’t arise until she came to the United States as a 28-year-old under the sponsorship of a relative in Washington, working entry-level jobs, raising a toddler son and studying English as a Second Language at a community college.

Always good at math, she used her strengths to good advantage at Bellevue College, where she earned an associate degree in 2012. She followed that up with a bachelor’s in civil and environmental engineering in 2015 at the University of Washington and a master’s in construction engineering four years later. 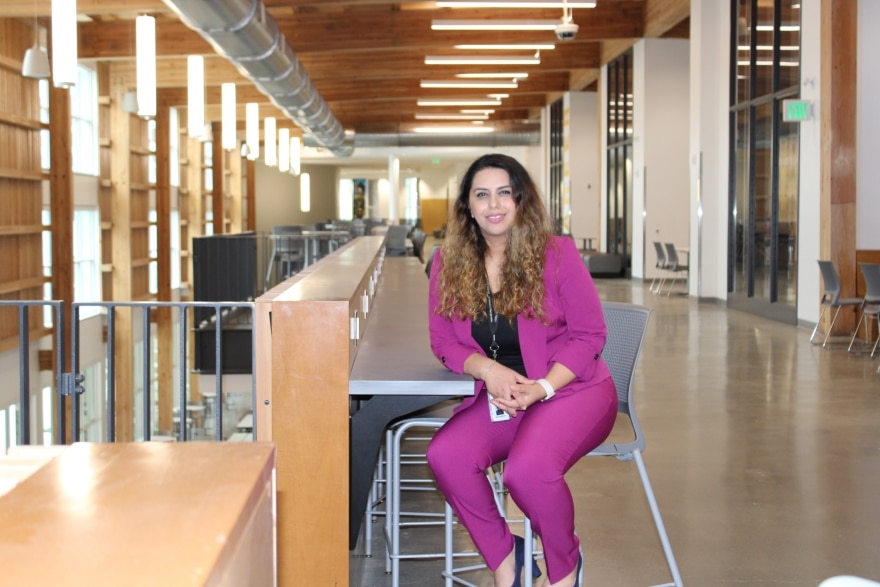 Having distinguished herself as an intern with Seattle’s municipal works, she became a capital project manager in June 2014 at Seattle City Light, a city-owned utility. Afterward came Vanir and then Highline Public Schools.

That toddler is now 16—and a big brother to a 4-year-old boy. Being a mother makes Daneshnia all the more committed to public education and she says it helped her acclimate to American life. So many other young people are in the same boat she was in not that many years ago. The U.S. is indeed a land of opportunity, she says, but many folks do need a helping hand. She’s reaching hers out.

“I’m proud to be a non-native English speaker and serving this district,” she says. “Highline embraces so many cultures, and I feel such a part of it. Students are at the center of every decision we make, from expanding project-based learning and dual language programs to asking for their input on school building design.” 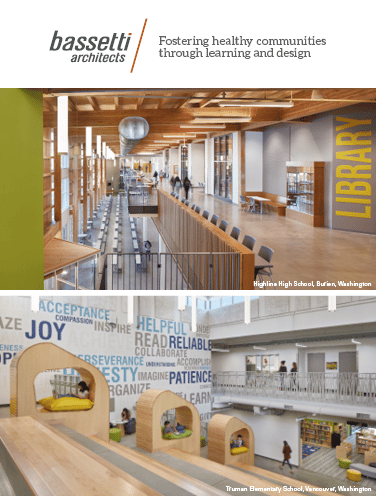 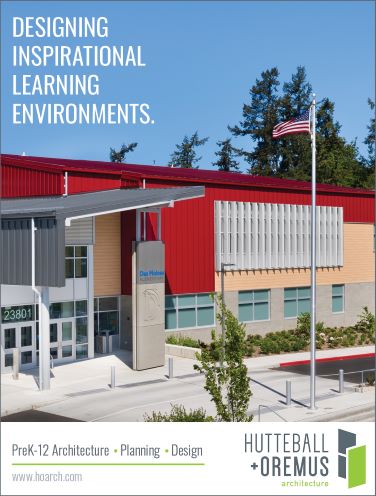 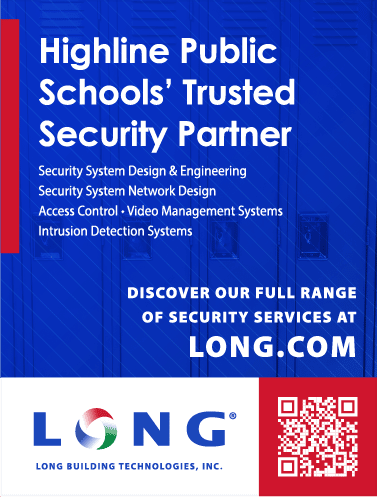 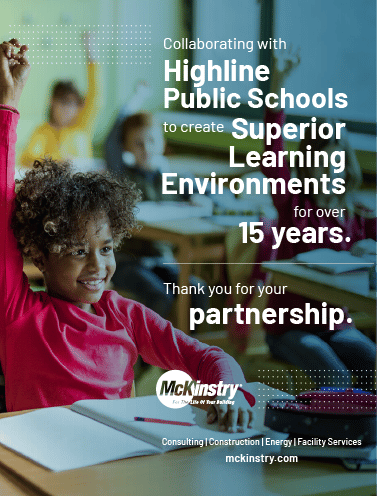