By 7:30 a.m. most of the 30 students living in the six-story Wyeth Tower are up and preparing for the day’s first class. After grabbing a coffee and a quick bite, they file into the school’s lone building and head to their respective classrooms.

Only, the students attending this Richmond, Virginia, institute aren’t coming for hour-long lectures on history or science. They’re here to use their hands—and walk away with far more than a rolled-up piece of paper. “When we opened our training facility two years ago, the biggest challenge at Michael & Son was finding employees, which is a challenge that everyone in the trades is facing,” says Elias Moussa, senior vice president of operations for Michael & Son Services. “Our owner figured out that the best way for us to keep up with our growth was to create our own employees.”

According to Moussa, the decision to launch the Michael & Son Technical Academy in Richmond was a no-brainer. Michael & Son had the space: a 273,000-square-foot facility, parts of which have been leased to other warehouses and distributors. What it needed were bona-fide classrooms—19,000 square feet worth, to be exact.

It took less than a year for the company to outfit the space with sit-down classrooms and trade-specific labs with rows of trade-specific equipment: sinks, dishwashers and toilets for plumbing lessons; furnaces and boilers for HVAC training; fuse boxes for electrical work.

Depending on the trade, the paid training can take anywhere between eight and 12 weeks to complete, and includes a mix of classwork, hands-on tutorials and ride-alongs to area jobsites—all overseen by Michael & Son.

“We can teach the trades, but it’s not just about having people that understand what they’re doing,” Moussa explains. “You also need the right people, people with a hunger and love for the work and who want to serve others.”

To attract students from outside the Richmond area, however, company management knew that temporary housing was a must. Luckily, they didn’t have to look far to find the answer: a six-story building located on the company’s Richmond campus.

After purchasing the property, Michael & Son spent the next eight months converting the 20,000-square-foot former office building into a full-fledged dorm, complete with 32 two-bedroom dorm units on the first four floors and eight apartments on the top two floors (for a total of 74 beds). According to Moussa, each room includes beds, bathroom, television and a common area with couches and TVs—a place for students to decompress after a rigorous day of training.

“It really is like a college dorm experience,” Moussa says. “And we feel that the people who enroll here—especially those coming from far away—are more invested in the program because of that.”

To date, the academy has produced more than 200 technicians in the plumbing, electrical and HVAC trades. What’s more, a vast majority of them have remained with the company, helping spur the Alexandria-based company to record-breaking earnings in 2018.

The goal, Moussa says, is to give every Michael & Son employee their own “road map to success” and a stake in the company’s future.

“Recruiting people has always been a challenge for us, because the labor pool is so small, so when you find good people, you have to find a way to keep them,” Moussa says. “If you show them what’s ahead—better pay, more responsibility, more certification—they feel like they have a role not just in their own growth, but the company’s as well.”

And some growth it’s been. In 1999, Michael & Son’s fleet consisted of three trucks. Today, you’d be hard-pressed to drive an hour around suburban Washington, D.C., without seeing at least one of the company’s 600 service vehicles.

For Moussa, who’s been with the company since 2001, all the advancements feel surreal. Surreal, but not surprising, he says, given the HVAC and plumbing services company’s steadfast commitment to training the best in the business—a commitment Moussa has helped to shape.

None of which would be possible, Moussa says, without a steady team of hands to help the business grow.

“Working at Michael & Son means understanding the principle that people buy people,” Moussa says. “Which is why our onboarding process is heavy on both the soft and hard skills. You can find our services at many companies. But we operate under the assumption that people are paying for more than just the service. They’re paying for the right to be treated fairly. Our mission has always been to exceed our customer’s expectations and provide a memorable experience.”

Beginning with training the best in the business. 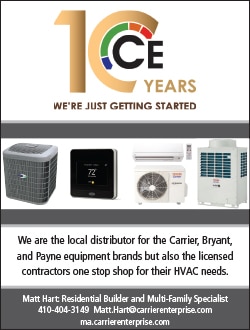 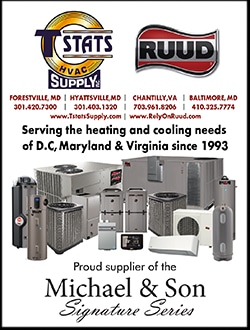