They do more than just go with the flow

Ever hear the story about the bridal shower turned literal? The one where the night before the big day, an inebriated bride-to-be hung her gown on a hotel sprinkler head, causing it to break and flood not just the bathroom and her room, but much of the entire floor as well as some of the ones below.

Well it’s no urban legend; it’s happened in multiple places, including in Livonia, Michigan, a couple of years ago, necessitating the quick response of EJH Construction Inc., whose specialties include not just construction but the kind of disaster mitigation that calls for much more than a mop and pail. 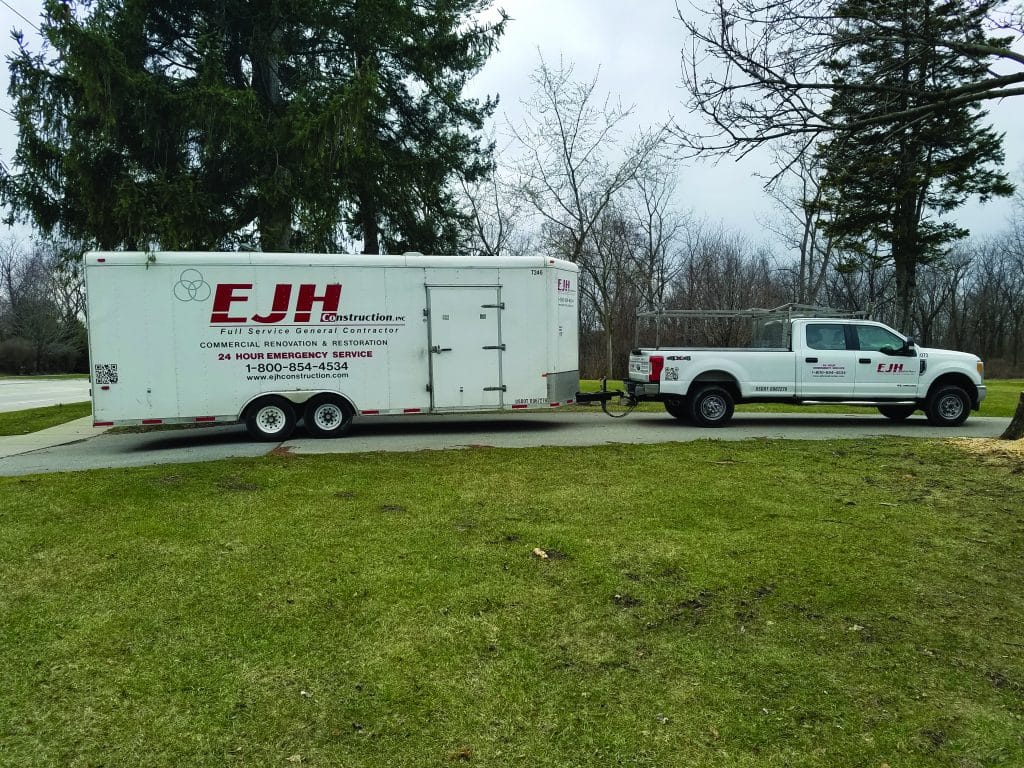 “We’ve got the most creative cleanup crews as a 24/7 responder utilizing industry standards,” says Jennifer Wilhelmsen, who directs EJH’s human resources and isn’t so far removed from those who get their hands dirty, wet or covered with mold.

Based in Farmington Hills, Michigan, EJH is always ready for whatever mess its clients may have found themselves in, Wilhelmsen says. Within an hour of that hotel flood, an EJH crew arrived in preloaded, fully-equipped vehicles, stenciled with the company motto, “A Rock Solid Reputation Built on Trust.”

Working with insurance adjusters, it wasn’t long before the hotel was again functioning at full capacity, only with posted warnings in every room about where not to hang heavy garments.

“Getting you back in business after a disaster is of utmost importance,” says Wilhelmsen, adding that EJH has the solution whether the problem is a big building ravaged by fire or flood or a little cabin where a critter has taken up unwelcome residence.

“Last summer, we were called to the Grace Bentley campground, which is a resort for children with special needs. A skunk got underneath a cabin and the owner couldn’t get the odor out,” she says. “With o-zone generators, hydroxyl generators, a UV fogger and Vaportek Restorators [odor eliminating machines], we were able to neutralize the odor and make it unpleasant for the skunk to remain.”

Call it another smell test aced.

Its roots humble enough, the company began in the early 1970s when a self-employed carpenter named Earl John Hale formed EJH Construction, operating out of a pickup truck loaded with lumber and handling odd jobs such as boarding up windows of the many vacant buildings in the Detroit area.

The company evolved into disaster restoration by decade’s end and ramped up its construction services. It’s long since become a one-stop general contractor with more than 50 Michigan-based employees handling projects nationwide, with separate divisions for construction and disaster response and restoration. EJH also carries Institute of Inspection, Cleaning and Restoration Certification.

EJH’s Commercial and Hospitality Construction division brings in the bulk of the business, and as of late winter, the company was busy remodeling the interiors of numerous hotel properties while they remained in operation. Whether it’s carpeting, finish carpentry, framing and drywall, painting or the complexities of mechanical and electric systems, EJH says it can provide the specific interiors that are compliant with brand standards to suit the client’s needs. EJH has even completed exterior renovations during snowy wintry months. 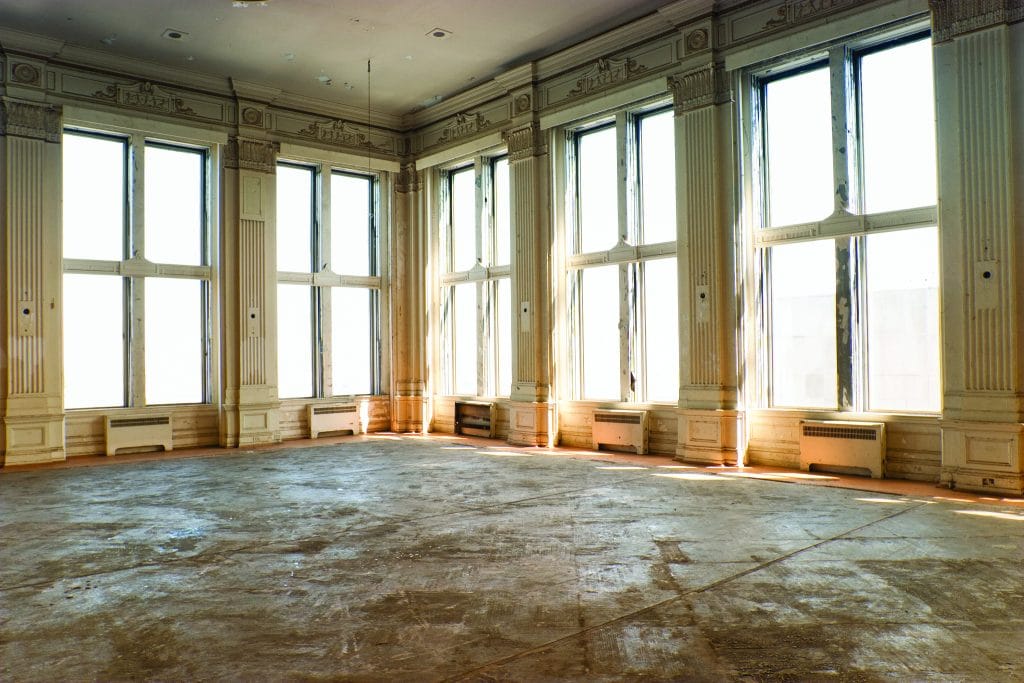 “Project managers are equally adept with exteriors,” Wilhelmsen says, adding that brickscapes, concrete, facades and masonry are just a few of EJH’s services that make for a positive first appearance. Many Midwest department stores have entrusted extensive renovations to EJH.

And with projects planned from inception to billing, the customer stays informed. “Each aspect of the project is communicated and reviewed with all parties to confirm a clear understanding of expectations,” the company promises.

EJH has also participated in numerous events for the Make-A-Wish Foundation, Toys for Tots and Children’s Miracle Network.

EJH has also participated in numerous events for the Make-A-Wish Foundation, Toys for Tots and Children’s Miracle Network.

And last year, when the Ronald McDonald House in Wilmington, Delaware, needed renovations, it called upon EJH.

“EJH Construction far exceeded our expectations,” wrote Pamela W. Cornforth, president and CEO of the Delaware House, adding that 27 bedrooms and 27 bathrooms were completed within 60 days and on budget. “If we were to do another construction project, EJH would be our first call.”

Work, life in the balance

Disasters, be they manmade or natural, respect no time clock, and many are the EJH employees whose weekend or holiday have been interrupted by a call to duty—sometimes far from their Michigan home for days at a time. That’s been known to cause strife on the home front, and Wilhelmsen says the company tries to mitigate this matter as much as it does the aftermath of a fire, flood or building collapse. 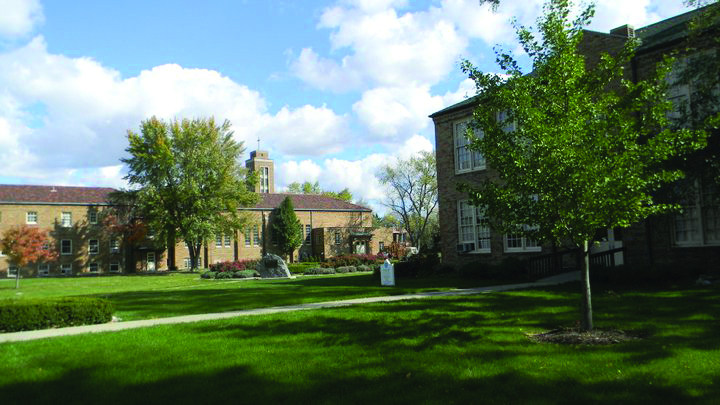 “We care about that work-life balance,” says Wilhelmsen, adding that EJH wants to retain its work force. “We’re very empathetic about our staff. One of the areas we pay close attention to is time spent traveling, because we don’t want anyone leaving our organization because of excessive demands. Our employees are our greatest asset.”

With most of the employees being men, Wilhelmsen tries to keep their families in the EJH community. She’s organized a wives club that’s open to girlfriends and significant others that meets monthly. Events may include fun for the children, such as an outing at Jungle Java, a chain of four Michigan restaurants with a well-padded play area for the supervised little ones.

“Where parents visit and children don’t want to leave,” is Jungle Java’s motto, and Wilhelmsen, herself a young mother, feels the restaurant offers a healthy atmosphere with nutritious food and a play area that’s active rather than rife with coin-operated gimmicks.

“You know the old saying: ‘If the spouse isn’t happy, no one’s happy,’” Wilhelmsen says. “At EJH, we want the spouse to be as excited as the employee is to be working here.”

“We’re always doing things to further build relationships,” she says, adding that the motto on EJH trucks spreads into interaction with personnel. “It really doesn’t take much investment to put into play a progressive human resources policy. We’re very engaged with what our employees are saying, and it seems to work. Our turnover rate has improved and our number of employees is increasing.” 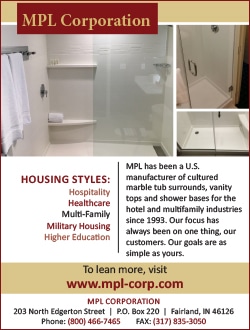