The cartoonist Scott Adams might never know what a savior he’s been to office workers in all four corners of the globe. For it was Adams, whose own glum experiences in cubicles inspired him to conceive “Dilbert” in 1989, and what a chord it struck with the swirling mass of dispirited humanity toiling away in bland environs with the micromanager in chief looking over their shoulder.

Just the kind of workplace that makes one dread Monday morning. Fortunately, it seems to be phasing out, though at some companies faster than at others.

“That Dilbert thing kind of opened the eyes of a lot of people,” says architect Ed Zielinski, whom a multinational medical device company has entrusted, for the past three years, with building or renovating the exact opposite of that office in Marlborough, Massachusetts, as well as in many of the 100 or so far-flung places where it also has operations. “It’s not a pleasant experience to work in that kind of environment. It’s incumbent on the company to provide a workplace that brings out the best in its people, and that’s what we try to do here.”

When Zielinski spoke to Blueprint in early February, he was at home working remotely, as were many of his fellow employees at Hologic Inc., their part of Massachusetts being pounded by snow and sleet.

With today’s technology enabling productive work from most anywhere, there’s rarely an issue about a Hologic employee fulfilling his or her responsibilities away from the office. But given that they spend most of their working hours at the massive complex at 250 Campus Drive, Zielinski says they deserve a collaborative workplace conducive to premium performance and employee engagement, and now they have it.

A move for the better

When Zielinski joined Hologic as vice president of global real estate and facilities, the company was preparing to consolidate all headquarters  functions at its Marlborough campus, located 17 miles from the Bedford building that formerly housed the HQ team. With 150 additional people joining the 450 who already worked in Marlborough, the chosen facility would have to undergo an overhaul to increase seating capacity and update improvements, with much of the construction conducted while company operations continued unabated.

Hologic being in the medical device industry, it was only natural that the project would be likened to bypass surgery on a patient who couldn’t be bedridden, in this case the patient being 216,000 square feet of office space and the surgery costing $12 million. “It was one of the more challenging projects in my career,” says Zielinski, who had supervised similar efforts in his prior roles at Nuance Communications, Boston Scientific and PerkinElmer. “It took 16 months and 30 phases, and employees were commingled with contractors in the building the whole time.”

The results even brought something of an egalitarian quality to the premises. There was a time was when windows were commonly the privilege of executives, but no more, with Zielinski emphasizing that natural light and a view of the leafy campus should be shared by everyone. This helps build a positive corporate culture, as do the increased collaborative spaces where employees can brainstorm with laptops and iPads in the comfort of beanbag chairs, or the more private areas wired for whatever technological needs may arise.

And while executives of an earlier era might have scoffed at the idea of an adult playroom complete with foosball table, air hockey and a big television, more enlightened supervisors see it as advantageous to let their employees loosen up.

“There’s been no loss of productivity because of this project,” Zielinski says. “But morale and productivity increase when the employees feel they’re valued and the work environment is collaborative.”

And it’s a given that the complex is built with all the energy-saving features that could garner a LEED designation, if Zielinski wanted to deal with the added expense and paperwork. Gas turbines that provide heat and power, rooftop panels that reduce electricity bills, water-efficient plumbing fixtures—those features and more are generally par for the course in a Zielinski project. He just doesn’t deem it necessary to impress a third party or pay for the privilege of being a steward of a better global environment.

“LEED certification is mostly a game with bureaucracy,” he says, echoing a sentiment common among his peers. “It’s an expense that I can’t justify. At the end of the day, we’re not building for a certificate, we’re building this way to be a good corporate citizen.”

A welcoming work environment may be especially necessary in Asia, where Hologic has commercial operations. As Zielinski explains, on that continent, working remotely can be perceived as a demotion, an employee’s home likely lacking the technological amenities and extra space that are taken for granted in North America and Europe.

Australia also weighs on Zielinski’s mind, as last year Hologic consummated its acquisition of Cynosure Inc., a leader in medical aesthetics and technologies. Though headquartered in the nearby town of Westford, Massachusetts, Cynosure—like Hologic—has facilities worldwide, and the two entities are consolidating their Sydney commercial operations under one roof, with Zielinski supervising the project remotely. About 80 people will work at what will be an 11,000-square-foot facility whose construction Zielinski has entrusted to an Australian design team and manager. A number of manufacturing facilities are also under construction elsewhere, all of which will lend themselves to flexibility, as the dynamics of the medical device industry often necessitate rapid change. It’s a never-ending education for someone in Zielinski’s position.

Then again, the idea of building has always been a passion for the affable 62-year-old who graduated from Carnegie Mellon University in 1978 and enhanced his architectural degree two decades later with an MBA from Northeastern.

And what a colorful career he’s enjoyed. New Englanders of sufficient longevity may remember Zielinski’s role during the late 1970s and early 1980s as a carpenter in “This Old House,” the long-running PBS show about home improvement that’s since diversified into a website and how-to YouTube channels. Life was fun back then, Zielinski remembers, with the TV role and him in private practice, but a growing family had his wife encouraging him to transition to a “real job” with paid vacation and company benefits.

His first taste in the corporate world came with the Boston firm of PerkinElmer, where he served as a vice president of asset management from 1993 to 2007, when he left to be head of global real estate and facilities at Boston Scientific. It’s the same position he’s since moved into at Hologic, and with the company in full growth mode, the to-do list stays long.

While retirement seems to pose little attraction for Zielinski, he is spending more time mentoring the younger employees, grooming those who may be in line to succeed him and positioning his team to reach their highest potential. And he’s never too old for mentoring, sometimes from his four children, ages 22 to 30.

“I learn so much when we talk about their work experiences, how the physical and mental aspects affect their performance,” he says. “It gives me a fascinating perspective of how the needs of the office are always changing. Just listening to them is a big help in connecting the dots.”

Dots that never will be connected in Dilbert land. But at Hologic, and so many other companies, a progressive corporate culture beckons. 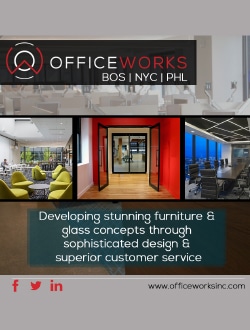 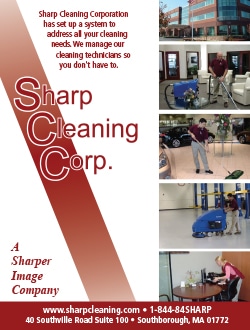 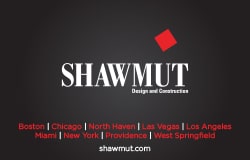 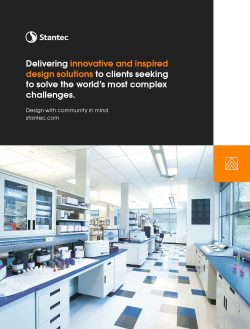 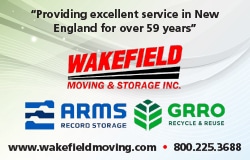 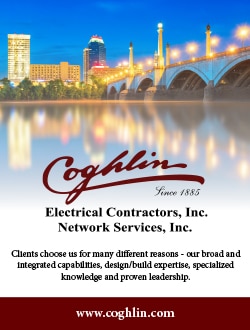