When Edward Merwick started working at UPMC Chautauqua, his to-do list had over 300 items. Now, almost two years later, everything is checked off. Doors have been replaced, cracks have been repaired and paint has been touched up. Nothing in the hospital has been overlooked. 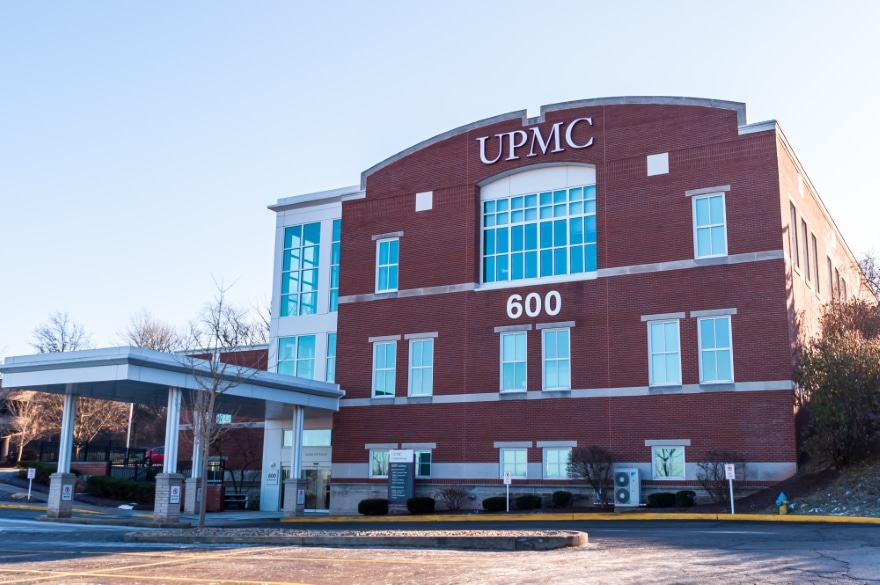 Merwick, the facilities manager, isn’t in the clear yet, though. He’s waiting on the Joint Commission to inspect the facilities—a visit that could happen with little warning—so the hospital can maintain its accreditation.

“We’re ready for them,” Merwick says. “We’ve done over 310 maintenance items to make the place spic and span. We didn’t want to just make things look pretty, though. Everything needs to work properly and be as safe as possible for patients and medical staff.”

Its accreditation by the Joint Commission gets renewed every three years, Merwick says, and when he was hired in September 2019, the hospital was preparing for its next inspection. The deadline was originally in 2020, but was delayed because of COVID-19, giving him more time to address everything that needed to be done.

The accreditation is important for many reasons, he explains, including that it validates the safety of a hospital. The Joint Commission has “a very, very strict set of rules and regulations that covers every single safety item,” Merwick says.

Meeting these standards, and earning the accreditation, raises the hospital’s safety rating which means it can receive the maximum payout from Medicare and Medicaid. 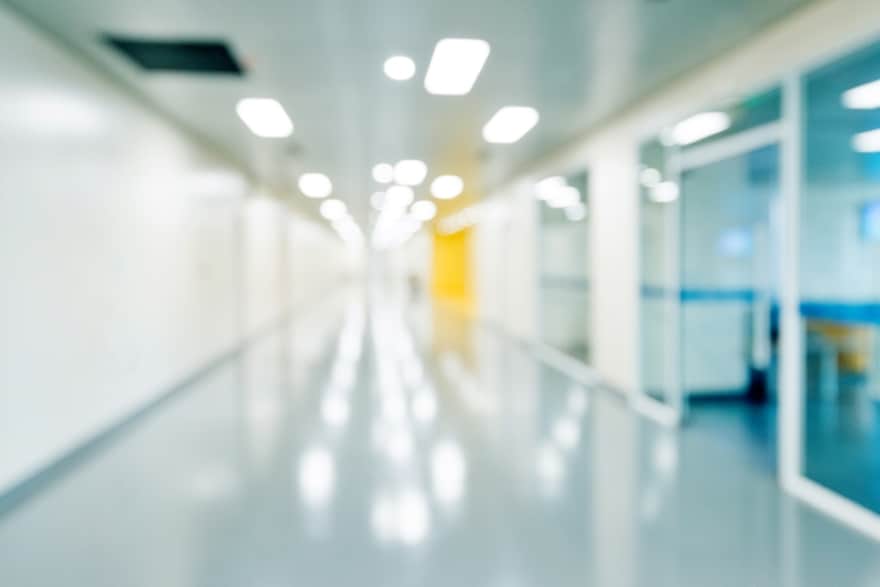 “The higher the rating, the better it is for the hospital’s bottom line,” Merwick says. “This is important, but the priority is the safety of our patients, as well as anyone visiting or entering our property and facilities.”

One of the biggest aspects of Merwick’s work has been fire safety. He and his team have checked every smoke detector, sprinkler and fire alarm and replaced or fixed them as needed. He’s also replaced 28 fire exit doors and frames, which he says was the largest project. Any door that wasn’t perfect, whether it had a crack in it or a gap when closed, was replaced, as were doors deemed too old.

Merwick has also had to ensure the hospital is compliant with environmental care items to protect patients from risk of infection. For example, every ceiling stain had to be cleaned, and he had to identify and address the cause, whether a leak or something else.

“It’s like opening Pandora’s box,” he says. “Nothing is as simple as it seems. Finding out what caused the issue can create even more issues as you search for the problem, but it’s necessary because we want our facility to be immaculate.”

Keeping the hospital free of infection, and as clean as possible, has been especially important during the COVID-19 pandemic. Merwick oversees the environmental services department, which is responsible for cleaning and sanitation. All custodial work has been enhanced, he says, with the floors being so clean, “they look like glass.”

He used modular wall panels and doors, that seal from floor to ceiling, for patients with COVID-19. The system contains the virus by maintaining negative pressure.

The temporary walls have also been used while Merwick does renovations and construction around the hospital. They block off work areas from patient access and keep dust and debris contained. 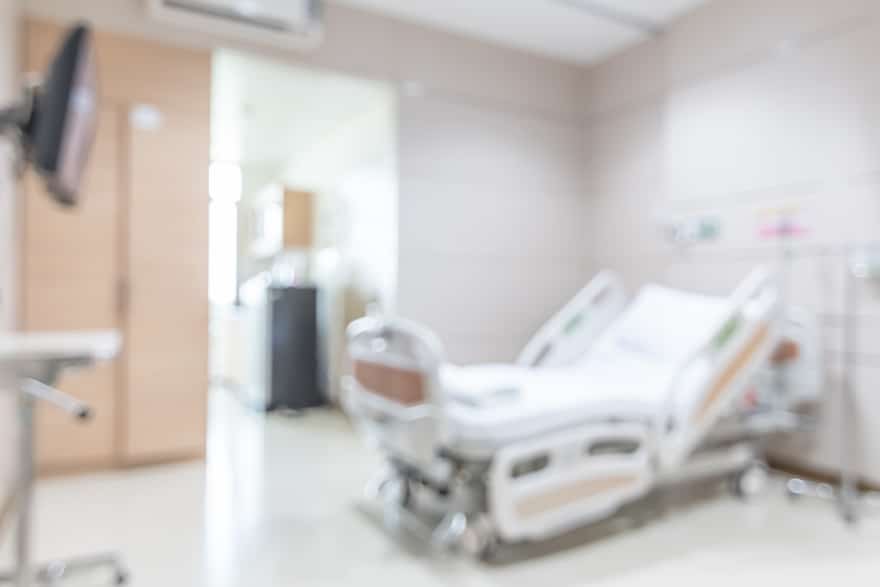 When it came to making repairs in patient rooms, Merwick had to wait for a call saying when each one was empty. After a patient was discharged, but before a new one was admitted, he and his team would work as quickly as possible to make repairs.

They’re now working on replacing the hospital’s HVAC system, with particular focus given to lab areas. In general, the system needs to be updated, but a newer system will also improve air quality to protect against COVID-19. UPMC Chautauqua is working on the project with Stark Tech Group, which provides facilities optimization solutions.

“We have many years behind us working with the group,” Merwick says. “From multiple make-up air units, exhaust fans, chilling coil replacements to cooling towers, we have worked with them extensively and will continue to do so.”

Starting at UPMC Chautauqua with so much to do has been a great way to quickly know every aspect of the facilities, he says. Having “a great technical team” has been helpful as well, he adds. With 70 employees under him, Merwick doesn’t micromanage and says he trusts people to do their work.

“If you believe someone is qualified for a job, you should let them do it,” he says. 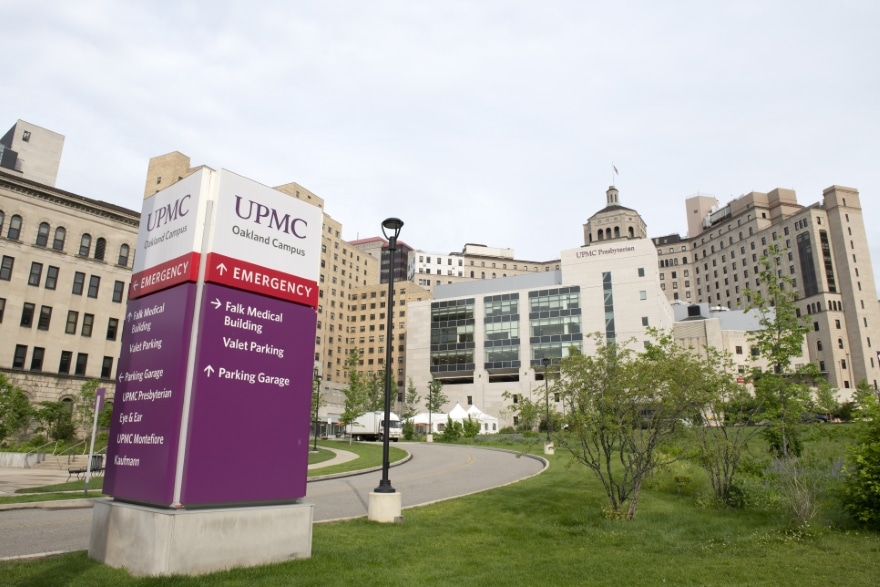 With a career mostly spent in construction and maintenance, Merwick is used to working on large teams where different specialties are needed. His area of expertise is electrical work which he did for 25 years, including 13 at Seneca Allegany Casino & Hotel in Salamanca, New York.

When he wanted to take on a larger role at the resort, he went back to school to get his Bachelor of Business Management in technology management. When he finished his degree, though, there were no positions available, and he looked for work elsewhere.

Within a week of applying at UPMC Chautauqua, Merwick was hired.

“The accreditation work has been on my plate from the moment I walked in, but it’s been a great challenge,” he says. “I enjoy keeping the facilities up and running.” 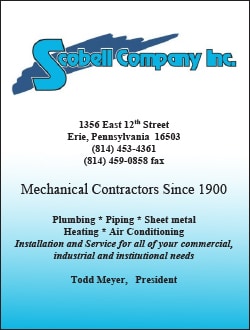 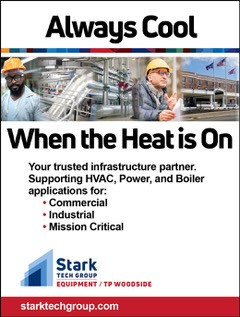