Over the past 27 years, Edgar Choi has helped guide construction of some of the most ambitious projects in the industry, including the $2 billion Palazzo at The Venetian Resort in Las Vegas that was completed in 2008.

But after living in Las Vegas for 15 years, Choi returned to the East Coast in 2015 to raise his family. He also found a new career opportunity at Resorts World New York City as vice president for design and construction. 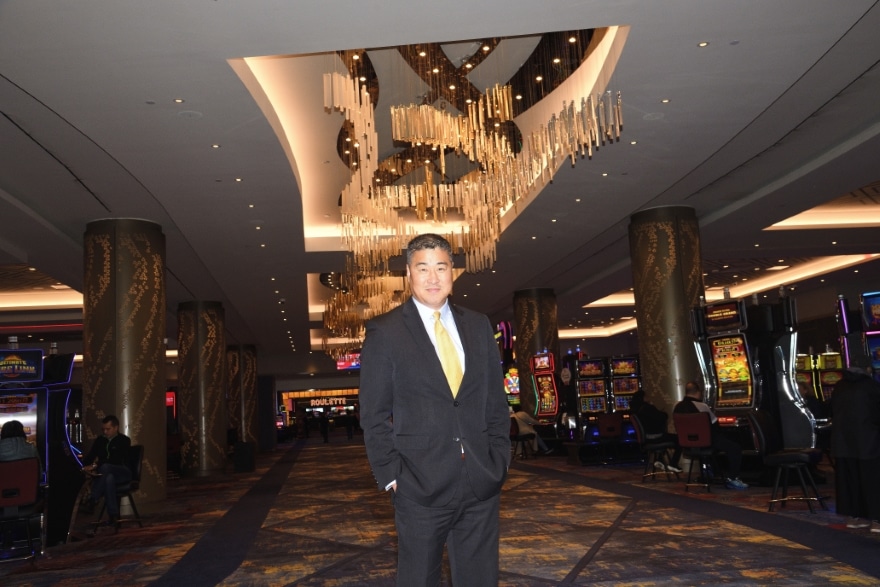 Though he’s more than 2,500 miles from The Strip, Choi has been instrumental in designing and managing ambitious gaming development as Resorts World expands in Queens, New York, as well as in the Hudson Valley and the Catskills.

The additions include a 400-room hotel in Queens, the reopening of a legendary golf course in the Catskills and a new casino in the Hudson Valley.

“I love helping create casinos that offer the best for customers and the community they’re in,” Choi says. “We want to create jobs, train people, give them a good future and have them also take pride working for Resorts World on the employee side.”

Welcome to the Big Apple

Resorts World New York City opened in 2011 at the Aqueduct Racetrack in Queens and is just minutes from JFK International Airport. It now offers 6,500 slots and electronic table games such as poker, blackjack and roulette.

Resorts World New York City just celebrated the first anniversary of a $400 million expansion—the addition of an eight-story, 400-room Hyatt Regency JFK Airport built alongside and above the casino.

To design it, Choi and others worked with the Hyatt team as well as architects Perkins Eastman to incorporate Hyatt’s design and branding. He says they needed to “welcome visitors with elegance and style” while providing a comfortable and exciting gaming experience to complement the accommodations.

“It’s not only helping create jobs in the area but also catering to travelers and, more specifically, international travelers coming to New York City,” Choi says.

The Hyatt Regency JFK’s grand lobby is big enough to host art exhibitions and events. Among the hotel’s amenities are the Sugar Factory American Brasserie restaurant and a 24-hour fitness center.

Choi says the guestrooms, which include 34 suites, were designed to have a residential feel. They include 60-inch flat screen TVs, individually controlled heating and air, and smaller touches such as in-room safes, minifridges and blackout curtains. 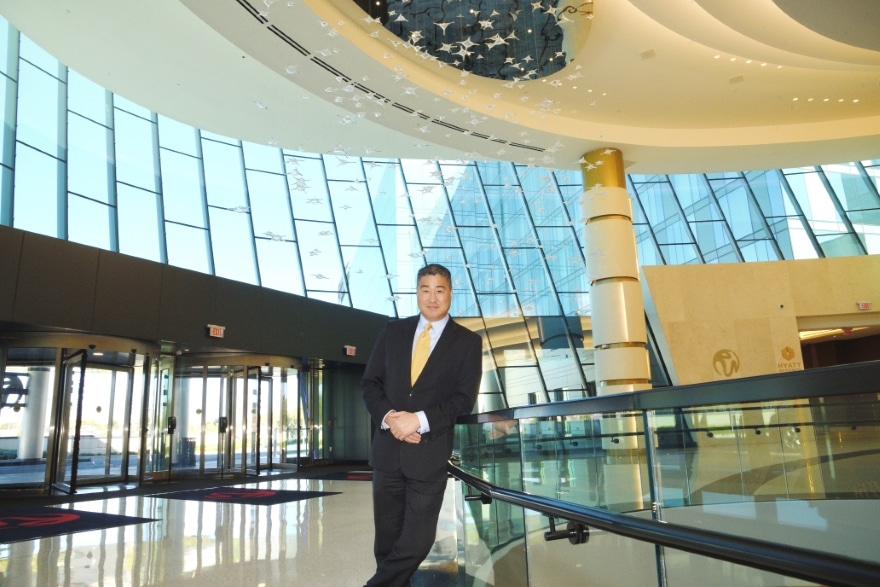 Choi expanded his role to become construction manager as building began during the COVID-19 pandemic. He says he wasn’t always certain work could continue, given the rules and regulations enacted to prevent the pandemic from spreading and how hard New York City was hit in its first wave.

“That was a crazy time,” he recalls. “We were basically working from home. We secured the job site and behind the scenes, I was working with the contractor to review any outstanding change orders that would have an impact on the overall construction schedule.”

About 75 miles north of the hustle and bustle of Queens, Resorts World Hudson Valley is nearing completion in the Newburgh Mall. Choi says location was as much a consideration as available space for the site—Newburgh Mall is close to Interstates 84 and 87.

The 90,000-square-foot Resorts World Hudson Valley is scheduled to open in late fall with about 1,200 slot machines and electronic table games for visitors. There’s also the 360-degree Resorts WorldBET Sports Bar, featuring artwork from the Hudson Valley area. Choi estimates the casino will generate around 200 construction jobs and 250 permanent jobs.

Choi says community development is always part of Resorts World’s plans, whether by bringing the first four-star hotel to southeastern Queens in 50 years, or by revitalizing an underperforming shopping mall in the Hudson Valley.

The new jobs are a huge component—the Hyatt Regency JFK Airport at Resorts World New York City added 500 jobs, and Choi notes the company’s prior renovation of the adjacent Aqueduct Racetrack in Queens was a $700 million investment. Resorts World officials estimate the annual average salary for employees at the casino in Newburgh is more than $70,000, including benefits.

As Resorts World celebrates the first anniversary of the opening of the Hyatt Regency JFK, it’s also moving forward on completing the famed 18-hole golf course called “The Monster” at Resorts World Catskills. It’s scheduled to open in summer 2023.

A variety of fun

Though Choi has played key roles in design, planning and managing construction in the gaming industry, the native of Sykesville, Maryland, has a bachelor’s degree in economics from the University of Maryland.

He says he learned about property management and how to be handy because his parents rented townhomes in Maryland. While in college, he also worked with a contractor who made renovations to U.S. embassies, including in Rome.

After graduating, Choi moved to Las Vegas worked for a subcontractor who specialized in executing concept themes as The Strip evolved into a showcase beyond gaming. 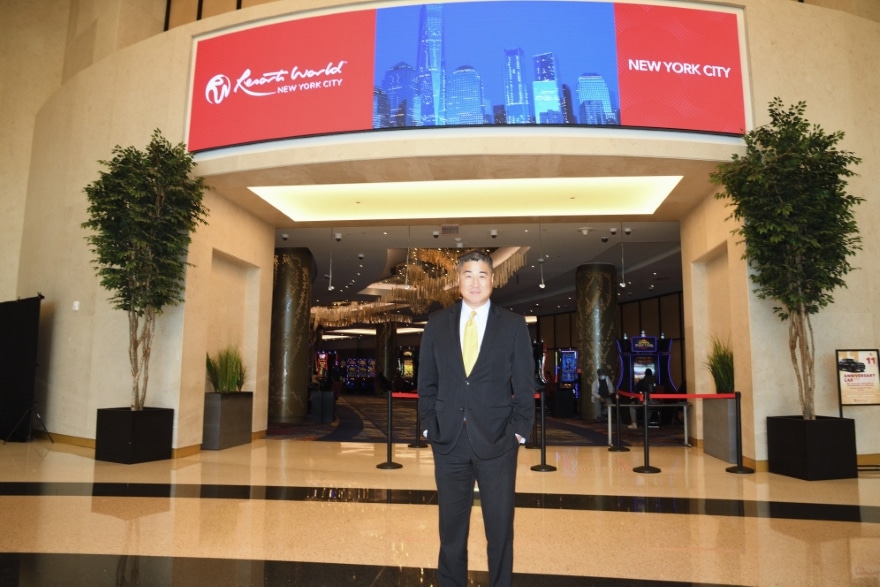 He joined LVS as it developed the Venetian and has represented the owner’s side for development and project management ever since. 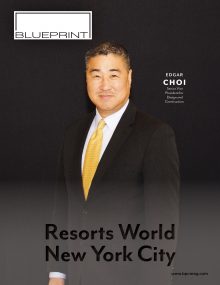 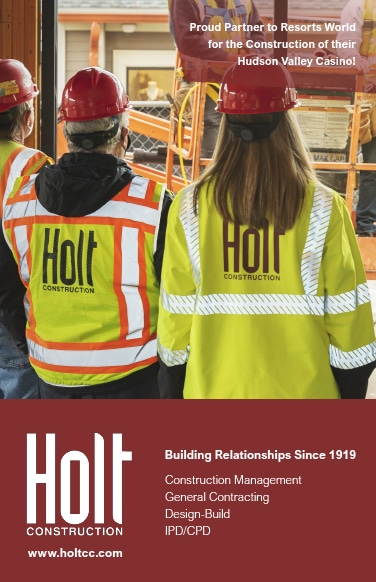 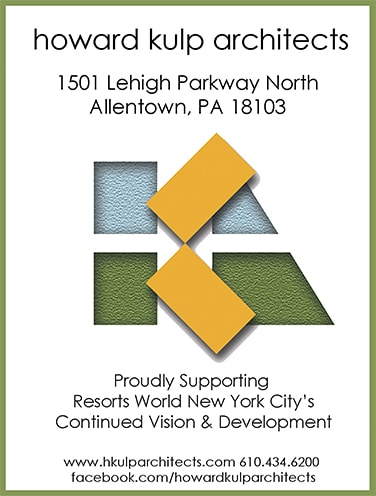 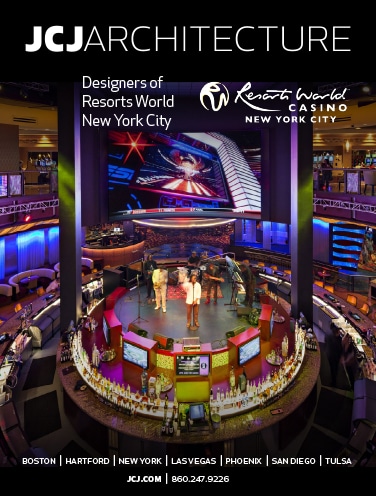