There’s a new Silicon Valley in the making across the Pacific. South Korea’s Gyeonggi Province is a hotbed for young tech talent and a region that HP Inc. targeted for expansion long before its 2016 acquisition of Samsung Electronics’ printer-copier division.

That $1 billion-plus transaction was consummated right around the time Douglas Wolf became HP’s global director of projects, design and construction. A slew of real estate projects, a 13-hour flight and several time zones to the west, at last count he’s made 18 trips to Seoul or roughly one every other month. 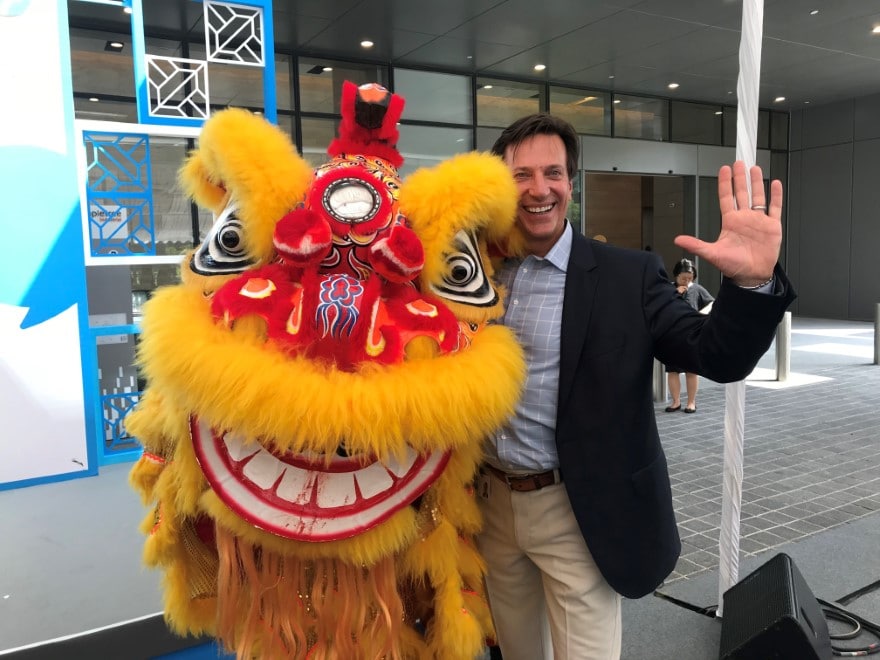 “I had the shortest birthday of my life—six hours,” he chuckles, noting the time lost while flying to the other side of the globe. “But they still treated me like a king when I arrived. A year later I had the longest birthday. You gain a day when you fly back.”

Whatever time it may be in California, Seoul or elsewhere, Wolf isn’t one to waste it. Not with so much to do worldwide and COVID-19 looming as a complicating factor most anywhere.

A printout for growth

While Wolf oversees real estate development and project delivery in 65 countries, much of his attention since the start has been on South Korea, where HP intends to further its leadership in the global laser printing industry.

An office tower now in place there for 1,400 HP employees, Wolf hopes that by year’s end, the ribbon to a massive research and development facility can also be cut. A groundbreaking recently took place for that project. Notwithstanding coronavirus and some issues that necessitated a crash course in South Korean business culture, Wolf expects the three-year timeline that began in 2017 will be met. 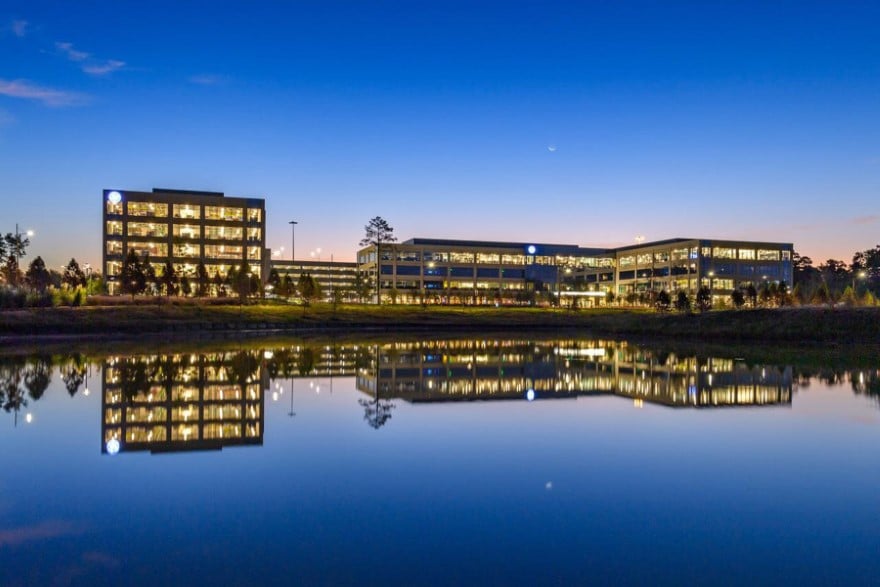 “We had some political challenges getting that one underway,” he explains. “In South Korea, the real estate is controlled by five developers. It’s a very limited supply, not like in the U.S. There [South Korea] you have to develop relationships and find off-market deals.”

And, for this R&D facility, excavate five stories into bedrock while finding common ground with a local government that Wolf says wasn’t too keen on the project. HP still secured the initial entitlement and began construction on its original plan. To satisfy concerns, HP modified the design while keeping the basic footprint, and successfully navigated a sometimes byzantine rezoning process.

“Kind of like taking off in a plane and designing and maintaining it in flight,” Wolf says. 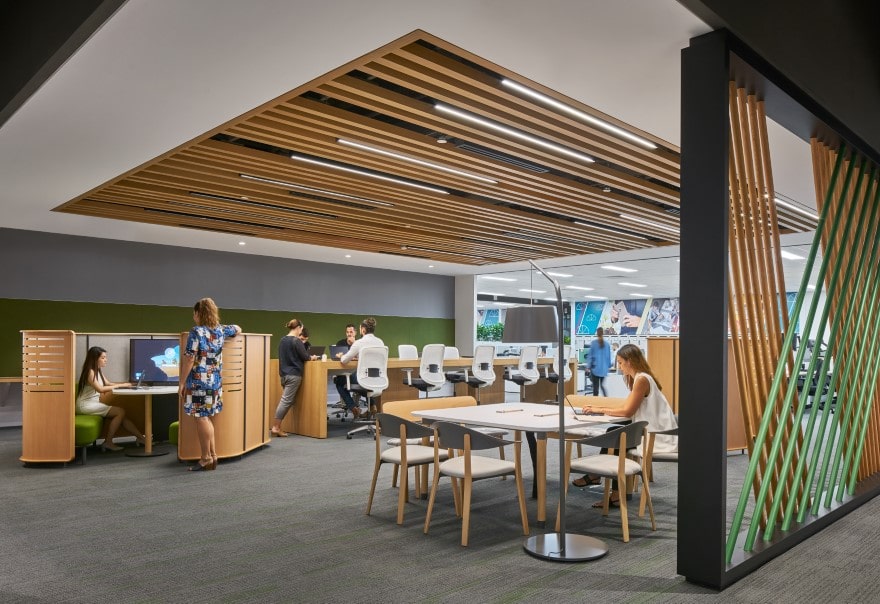 As for the South Korean workers, Wolf says they may be the most dedicated he’s observed anywhere—the hired hands punctual and carrying out orders to the nth degree. But they don’t always weigh in with advice when there might be a better way to do something. Wolf, seeing much need for creative and critical thinking, brought in expatriates from Australia, as well as another company well-versed in the South Korean construction industry.

“Thinking outside the box is critical when working through challenges that require quick solutions,” says the man for whom creative thinking comes naturally. For that, he can credit a diverse pre-HP background that includes the U.S. Air Force, The Walt Disney Company and Apple Computer.

How skills from those jobs and others have come to complement each other at HP, Wolf says. It starts with his 1985-1990 stretch as an Air Force captain, where he learned something about leadership, architectural engineering and G-forces that prepped him for Walt Disney World in Orlando, Florida.

“Imagineer” isn’t an often used word, but it’s part of the Disney lexicon and describes Wolf’s role there as a senior project manager that had him designing thrill rides for the decade starting in 1990. 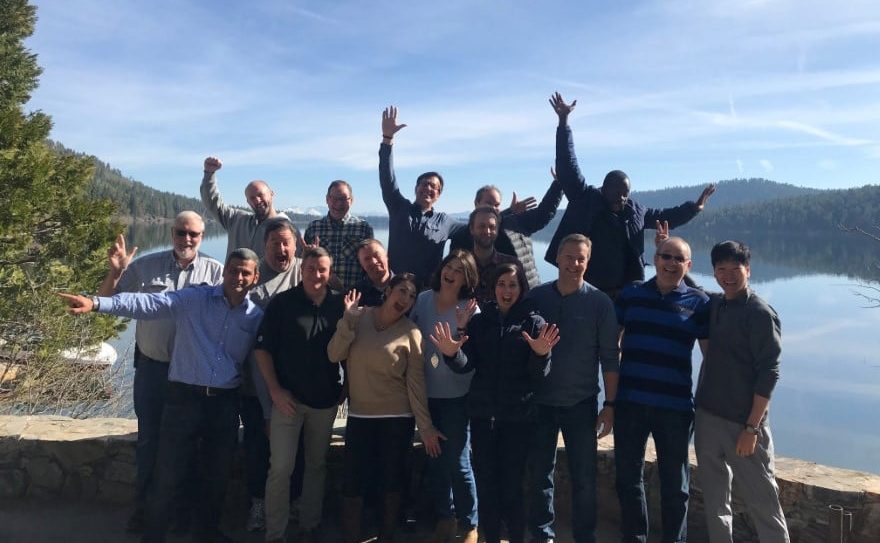 There was Test Track, a high-speed slot car ride through animation and special effects at Epcot. And the Rock ‘n’ Roller Coaster Starring Aerosmith, that propels riders from 0 to 57 mph in 2.8 seconds and twists and turns through three inversions while “Walk This Way” and other tunes made famous by Steven Tyler and Joe Perry blare. And Blizzard Beach—in Disney’s words, “the most slushy, slippery, exhilarating water park anywhere.”

Sounds like fun and it was, indeed, this self-described thrill junkie responds, though reminding of the precision and safety standards necessary before those rides could welcome their first passengers. “Left brain, right brain,” Wolf says of that delicate balance of unleashed creativity and geeky, to-the-far-right-decimal-point calculations that factored equally into these exhibits.

“All done at breakneck speed and learning on the fly how to fast-track the projects,” Wolf recalls, noting the arms-race-like competition of the theme park industry that Disney still dominates. “We’d be building facilities before we had all the systems developed, and needing support from suppliers, developers and vendors.” 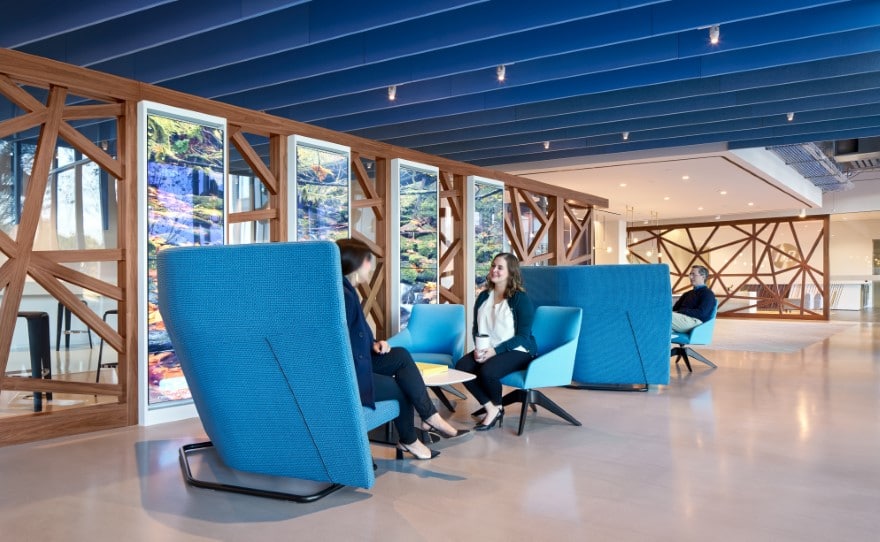 Give or take a few hundred thousand, there’s 23 million square feet that comes with the HP role and while the South Korea projects have been high on Wolf’s to-do list, he’s had many others packed with their own complexities. 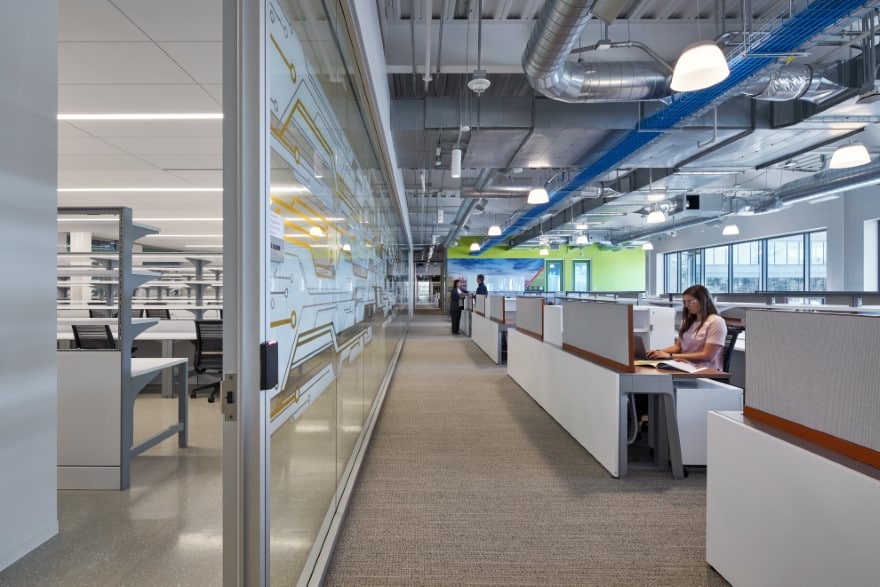 Construction of an R&D facility in Barcelona uncovered skeletons that dated back to the Roman Empire. Work continued with them still resting in peace. A Paris project encountered France’s constraints of a 35-hour work week with the employees being afforded a break after 4.5 hours as well as generous vacation time. Singapore’s Ministry of Manpower also enforces stringent labor laws. Much closer to home, a new Houston campus met with fewer issues.

The HP position marks the culmination of his career, says Wolf, a 1982 Penn State University architectural grad with an MBA from Golden Gate University. It’s everything from ground-up to delivery, made extra challenging by the need to adapt to new languages and cultures, not to mention the sustaining of projects during a pandemic. While there’s no playbook per se, he says there are general principles to fall back upon. 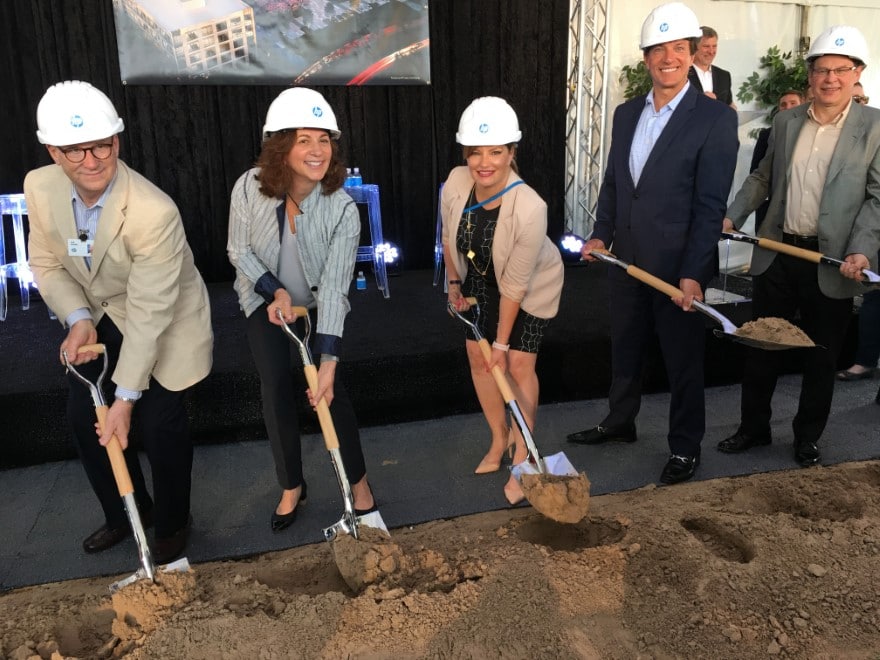 “Be very clear and purpose-driven on what you’re going to do and have the right team members in place,” says Wolf, who oversees a team of 10 in-house and 70 externally. “Always have a risk-reward, positive mindset and take on every challenge. Have your objectives in place, then look at how to navigate. Forecast ways to mitigate these issues and work around them. Always be proactive, and along the way, take the time to build relationships, listen and course correct.”

And have that passport ready for another stamping. 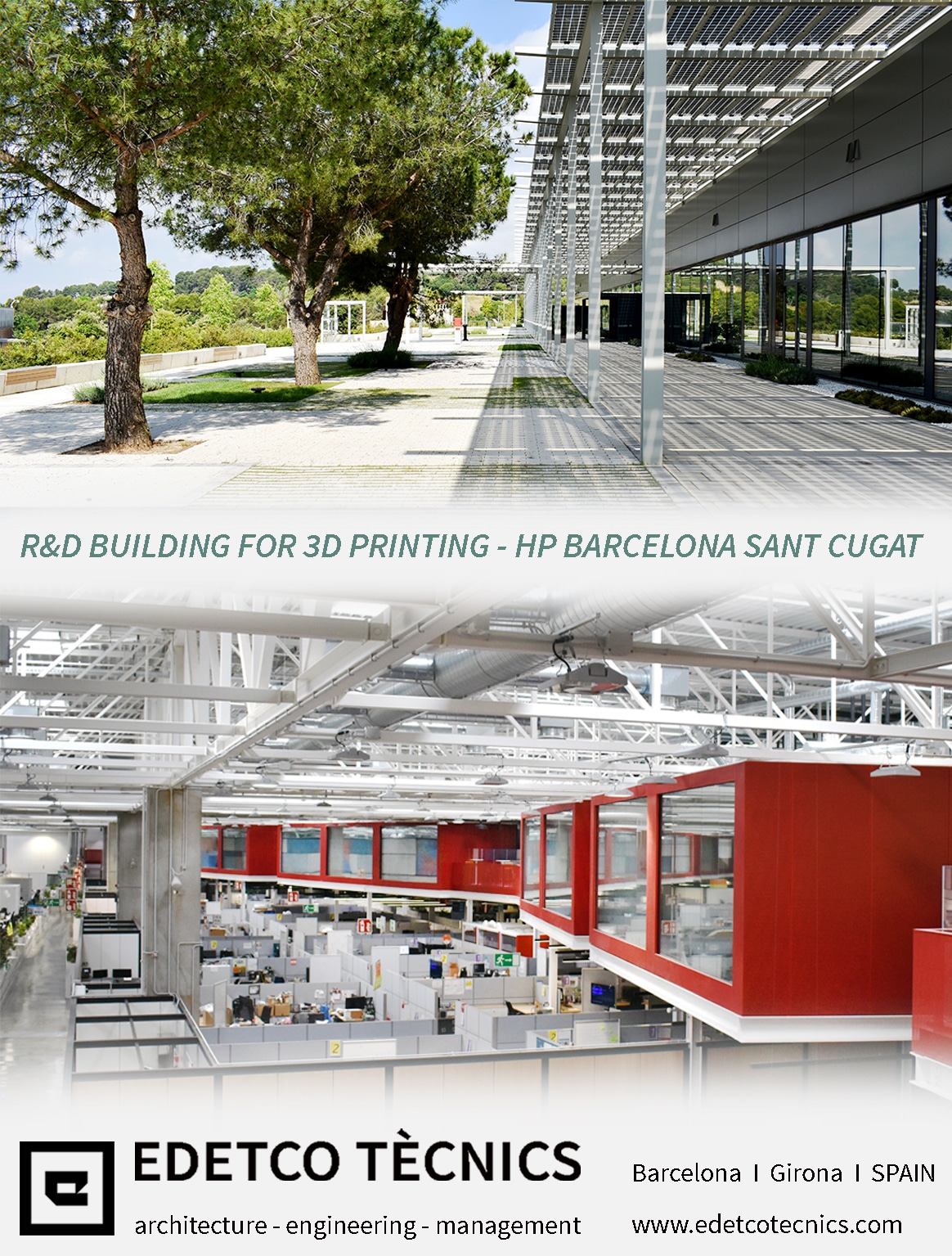 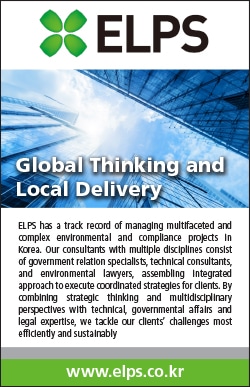 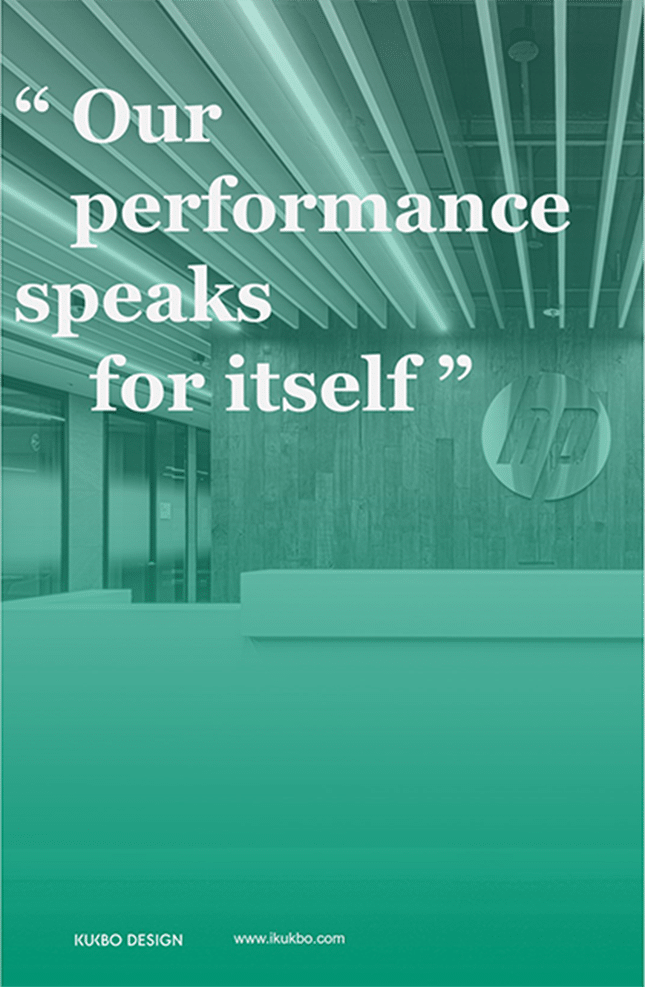 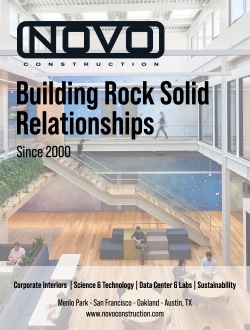 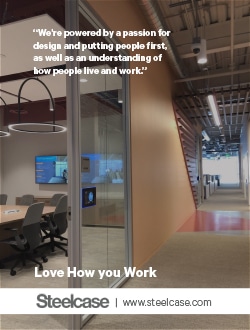 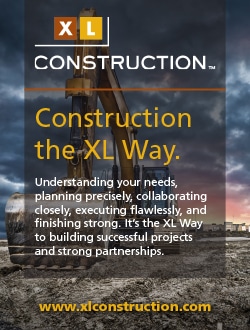