A few years ago, if a light went out or a sink was leaking at Clark County School District, it could take days, or even weeks, before someone could get there to fix it.

Now, facilities issues like this are resolved within hours. That’s because, in 2019, the Nevada district started a pilot building engineer program at seven high schools and four elementary schools. Each school has an engineer on site that performs preventive maintenance and is available to fix problems as they occur.

According to Douglas Diaz, the director of facilities management services, addressing problems right away not only limits disruption for students, but can save thousands of dollars by addressing issues before they get worse. 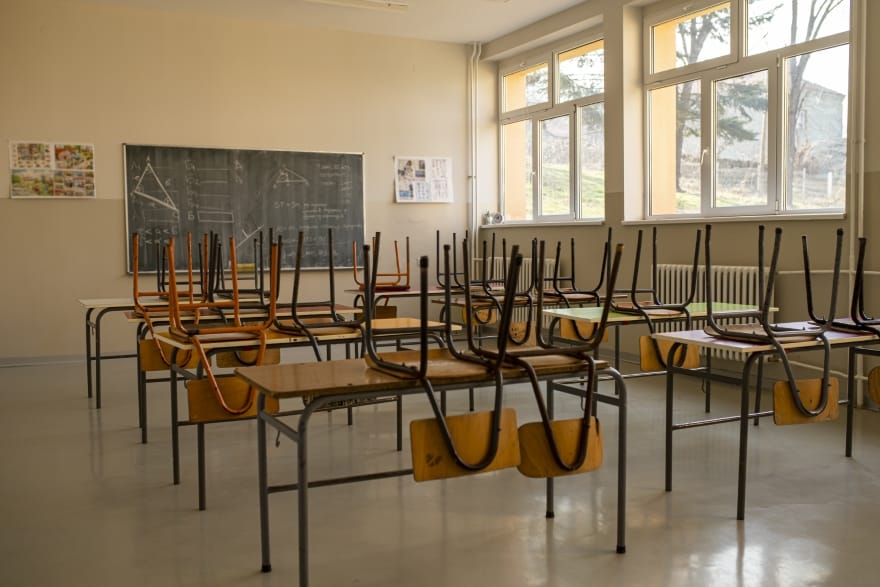 “Having building engineers in our schools helps us stay on top of preventative maintenance and be able to complete work quickly and successfully,” he says.

He and Damon Hunter, a coordinator in the department, are now working to expand the program to every school in the district. With 362 schools and over 320,000 students, Clark County School District is the fifth largest district in the U.S. It serves students in rural and urban areas of Nevada, including Las Vegas.

Diaz says that principals and staff appreciate having someone in the building familiar with its systems and equipment. He says a $10 million budget increase approved by the state in early 2022 will be going towards this and other preventive maintenance.

“It’s been a long-time need,” he says. “We’re trying to prolong the life of capital improvement projects so we don’t need to replace things prematurely.”

Most of the maintenance will be focused on mechanical rooms and chillers, roofs, playground structures and HVAC systems that were upgraded to protect against COVID-19. 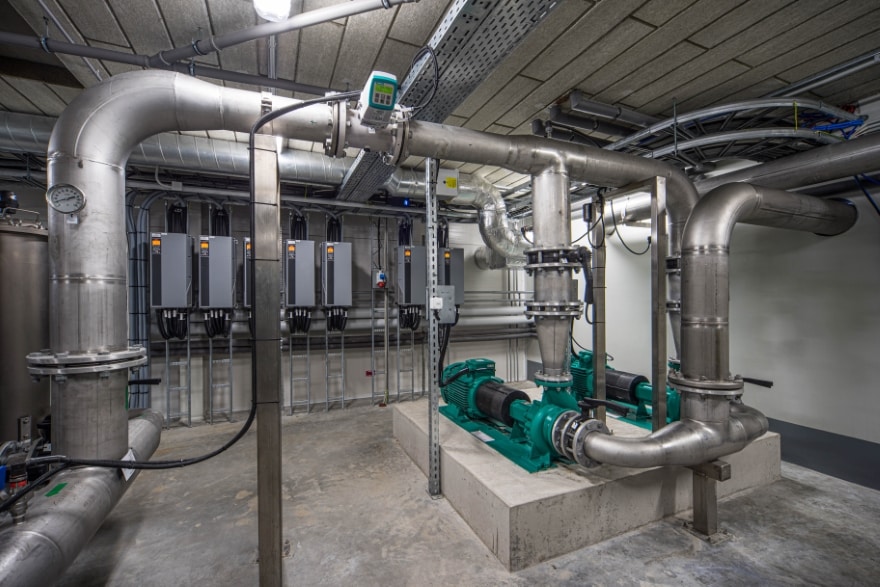 Early in the pandemic, he and his department upgraded air filters from MERV 8 to MERV 13, which can trap small virus particles. The department has also been cleaning new HVAC coils more frequently and each school now has an R-Zero UV medical grade sanitation device.

“Making changes of that scale across the board at every school required significant planning and expenditure, so it’s important that we keep this equipment operating as it should by staying on top of maintenance,” Diaz says.

As the department ramps up its maintenance work, it’ll be using a computerized maintenance management system that Diaz helped implement a few years ago. It helps distribute work orders evenly and according to urgency.

The department will also begin maintaining new artificial turf fields, which Diaz is creating a preventive maintenance plan for. The district’s 29 high school football fields were converted from grass to a coconut husk and cork mix. 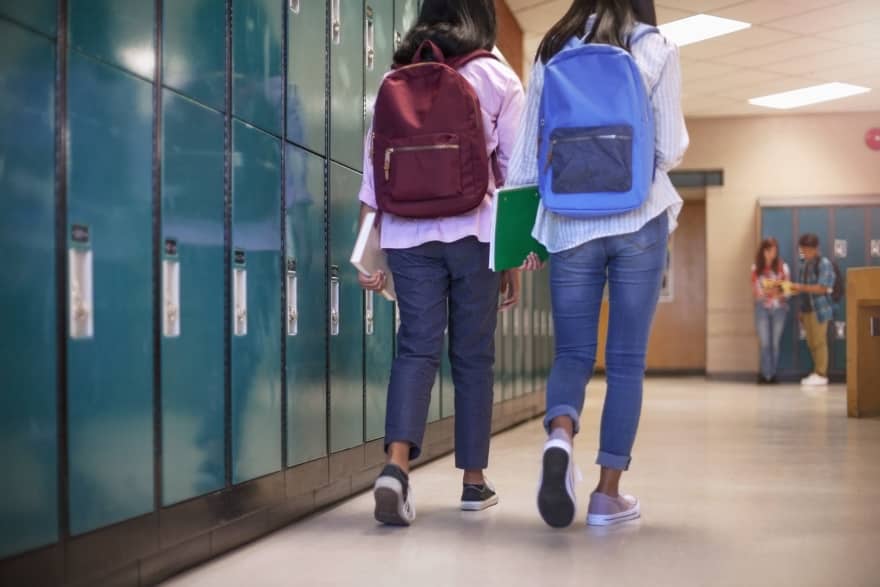 The district’s construction management team completed the project, which was part of a 2015 capital improvement plan, in 2021. Diaz’s department is now responsible for grooming the 2.4 million square feet of turf.

Using turf instead of grass is not only safer for athletes because the terrain is smoother and less slippery, Diaz says, but it saves the district money and water. The district expects to save $1 million each year on its water bill, with the Southern Nevada Water Authority estimating that 1.2 billion gallons of water will be saved over a decade. The district wants to replicate these savings by replacing grass with turf in other school grounds as well.

Diaz says it’s been fun to see the district grow and change not only over the 10 years he’s worked for it, but throughout his life. He attended the district from kindergarten through 12th grade.

After graduating, he attended the College of Southern Nevada where he earned a degree in landscape design. He then spent over seven years at Advanced Air Conditioning and Heating in Las Vegas where he started as a sheet metal worker and then became an HVAC technician.

Diaz began working at Clark County School District in April 2012 as a building engineer supervisor and has worked his way up over the years. He’s also held management positions related to construction and operations. He came into his current position in June 2020. 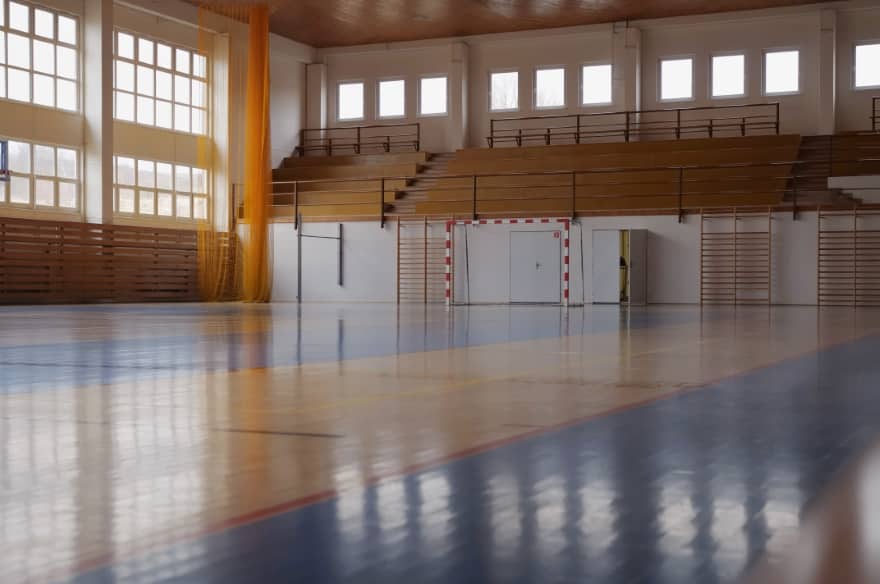 In addition to preventative maintenance, Diaz and his team are supporting Focus: 2024, the district’s strategic plan, which aims to improve overall academic success. The facilities team contributes to this plan by finding cost savings so more money can be put towards education.

Diaz says it’s rewarding being part of the district’s future, especially because of how it’s shaped him. It’s not only where he received his education, but where he met his wife.

“Being a community member and being able to contribute back to the community and environment I grew up in is important to me,” he says. “It means a lot to be part of something that’s helping kids.” 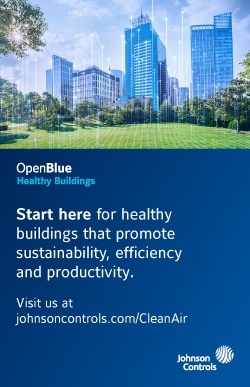 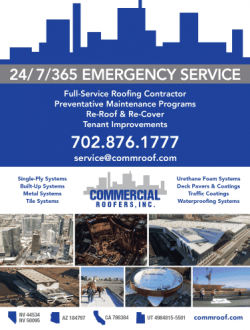 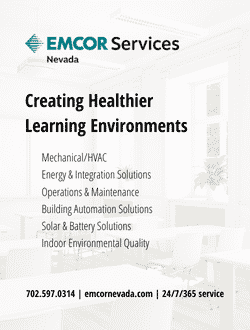