It’s about meeting the very overdue need of tending to the mental health of some of the most vulnerable children and teens in California’s Orange County. The specialized nature of such treatment being what it is, the standards of CHOC Children’s Mental Health Inpatient Center had to exceed the very stringent codes by which the rest of the hospital has long abided.

“Patient safety is a very diligent process here, as it should be,” explains Devin Hugie, the engineer who supervised the construction of the project in his capacity as CHOC’s executive director of support services. “Every precaution has been taken against ligature and risk in the design of such things as the plumbing fixtures and toilets.” 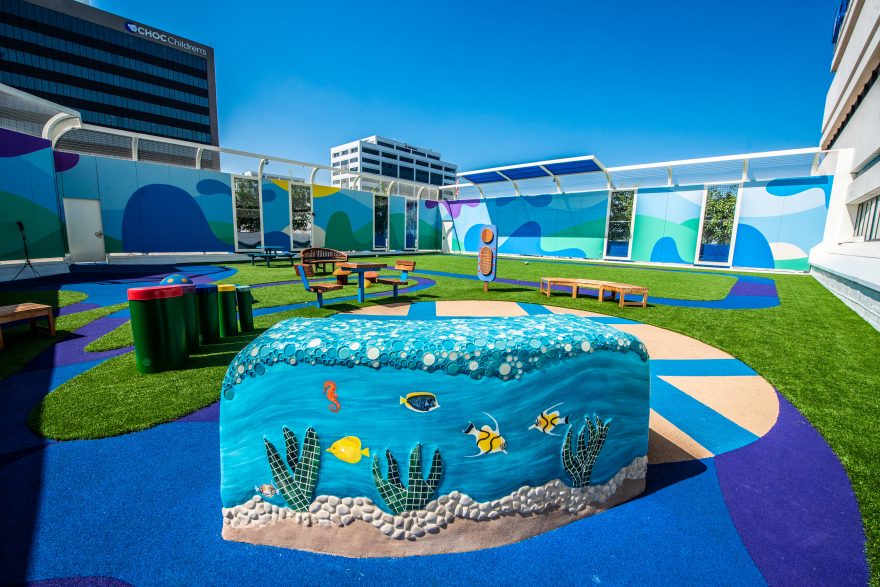 Bathrooms being of particular concern, middle ground had to be reached between privacy and security, with lavatories being card-accessed by a staffer from hallways rather than by the patient in one of the 18 private rooms. And should a patient barricade in one of those rooms, staffers have access through a side door and, if necessary, can unhinge the door.

Nothing’s left to chance, Hugie reminds, as access and egress to the main area is one door at a time with windows made of shatterproof glass and nothing easily broken off to be used as a weapon or means of self-harm. Extra precautions must be taken when it comes to ensuring the well-being of such at-risk patients.

For as CHOC makes clear, suicide is the second leading cause of death in kids and young adults ages 10 -24.

With one out of every five children said to be suffering from some kind of mental health condition, which is more than 150,000 children in Orange County, simple math ascertains the need for the Mental Health Inpatient Center.

The humblest of cogs

“Don’t give me too much credit, I’m just a cog in the machine,” the humble Hugie tells Blueprint in August, four months after the 12,000-square-foot center opened, on time and under budget, on the third floor of CHOC’s research building, at last affording inpatient beds in Orange County for children 12 and younger in need of acute mental health treatment.

The new center is actually for patients between the ages of 3 and 17 and includes such amenities as a couple of “sensory rooms”—one high-stimulation, the other low, with soothing palettes to help kids manage emotions—and an outdoor 3,600-square-foot play area with an array of sensory activities and basketball hoops. 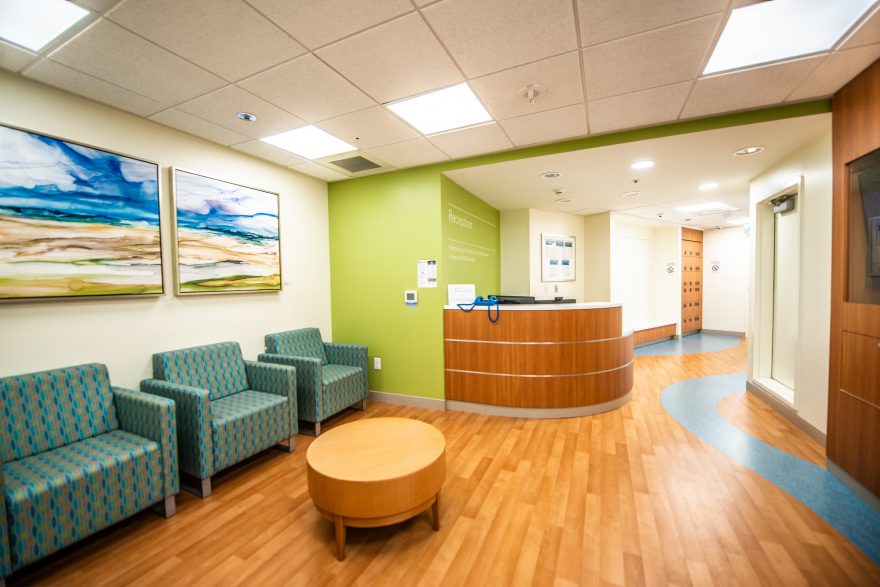 As Hugie explains, the center was designed only after extensive discovery that included visits to children’s institutions elsewhere. It’s also the first California facility to be completed under the 2014 revisions of what’s known as the Facility Guidelines Institute, an independent nonprofit that outlines parameters for the planning, design and construction of hospitals, outpatient facilities and residential health, support and care facilities.

With CHOC being in California, any upgrade or renovation must abide by other standards set forth by the Office of Statewide Health Planning and Development, which, among other concerns, mandates facilities be earthquake-resistant. It wasn’t that long ago when, in the fall of 1994, tremors in the San Fernando Valley left hospitals among the structures that were badly damaged.

“We learned from their experiences and were able to pull together the best team of design pros and clinical and operative individuals to get their input,” Hugie says.

Up until earlier this year, children younger than 12 in need of acute mental treatment were moved to whatever institutions in neighboring counties had space available. Even when a bed opened up, Hugie says, such logistics made it hard to bring the patient’s family into the treatment plan.

CHOC’s new facility is the centerpiece of its pediatric mental health system of care which recognizes and addresses the unmistakable link between mental and physical health. Without early identification and treatment, children who are anxious, depressed, withdrawn, experiencing hallucinations, harming family members and pets, or injuring themselves are unlikely to escape long-term impacts on their health and well-being. 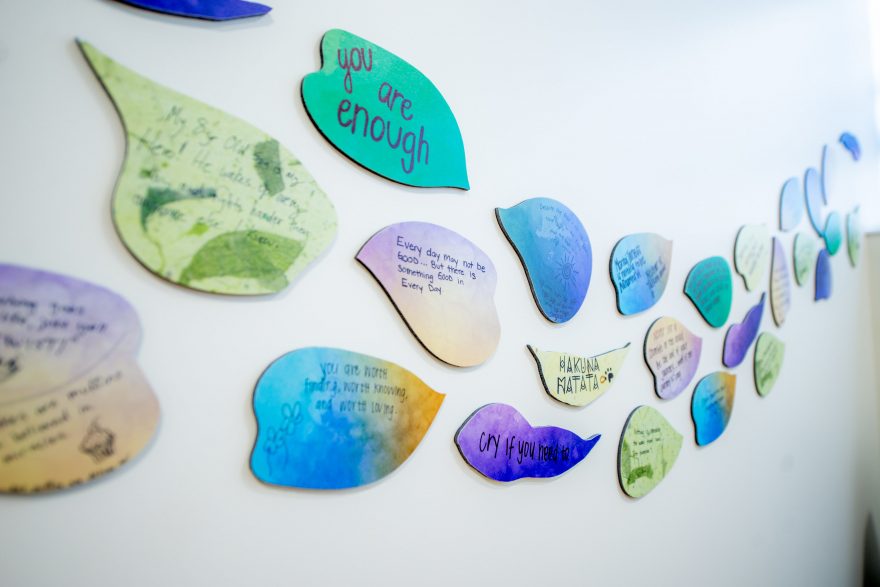 A reliable mental health system of care has the potential to turn lives around—providing services that reach children while the developing brain still has the greatest potential to respond. Further, treating children early can also have a major effect on the adult mental health crisis.

Dr. Hoang “Wayne” Nguyen serves as the center’s medical director, where the typical patient stay is five to seven days.

Plans for the pediatric center were announced in May 2015, with government funds and grants and private philanthropy covering the $13 million in initial costs.

“We’re making a difference for a child or family who could be going through the worst period in their lives,” Hugie says. “Pediatric mental health, it’s been very underserved.”

It’s that mission-driven attitude and attention to detail that brought Hugie to CHOC’s attention back in 2012 when the hospital brought him aboard as director of facilities management. He had distinguished himself in a similar role with Providence Little Company of Mary Medical Center in both Torrance and San Pedro; and augmented his undergraduate degree from California Coast University with an MBA from there in health care administration and management and a Certificate of Facility Management from University of California Irvine.

And the role of overseeing support services and facility operations at a major medical center is an evolving one. CHOC enjoys numerous accolades for excellence, but it takes some doing to retain the status.

“I’ve always got a lot of balls in the air,” Hugie says. “Design and diligent construction are paramount to the health and well-being of children.” 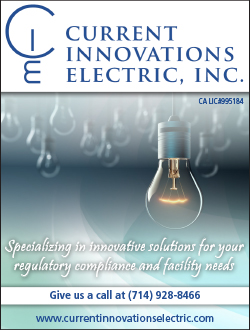 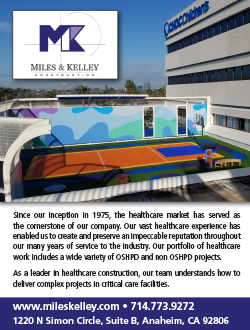