Commitment and transparency carry the day

When the project came up, nobody thought it would fly.

It was every developer’s worst nightmare: a beleaguered riverfront property in NYC plagued with environmental problems and restrictions and a property owner facing bankruptcy. The shoreline and channel were trashed from Hurricane Sandy, and a landfill on the property would cost millions of dollars to remediate, if anybody got that far.

But Dennis Burns was not deterred. 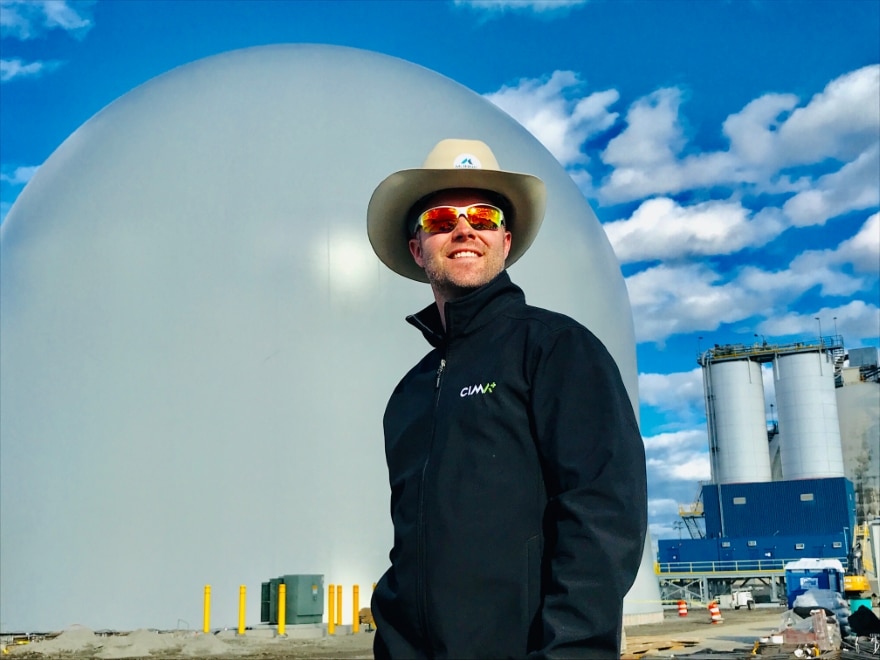 A partner of CIMA+, a Canadian-based global engineering firm, he felt up to the challenge for his client: McInnis USA. A similar high-ticket waterfront project, completed in 2016 for McInnis in Providence, Rhode Island, drew praise upon its completion.

“Transparency and honesty is a genuine approach that always makes the difference,” Burns says of the Bronx project deemed risky at best by planners. “I went into this trying to do what is best for all the stakeholders. People felt that and it contributed to the project’s success.”

Tip of the iceberg

Even so, Burns says he knew the Bronx Project was unusually challenging when he first came across it in March 2016—and it wasn’t just the complexity of the remediation.

Permitting would also be difficult for the compound that included a 650-foot dock on the river; a 100,000-square-foot warehouse; and a loading structure with three loading silos to support the cement business. In addition, it had to be built in the height restricted area of the airport.

On the surface of the former construction debris landfill—rumored to have been used by John Gotti and also as a movie set for Cafe Society by Woody Allen—was three feet of tainted soil. That soil—and unwanted material hidden below in the old landfill—had to be screened before being safely disposed of.

No less than 20 government agencies were involved in the process—from the Army Corps of Engineers to the Department of Environmental Conservation (DEC). An added layer was making sure work visas and proper documentation were acquired for everyone on the team. 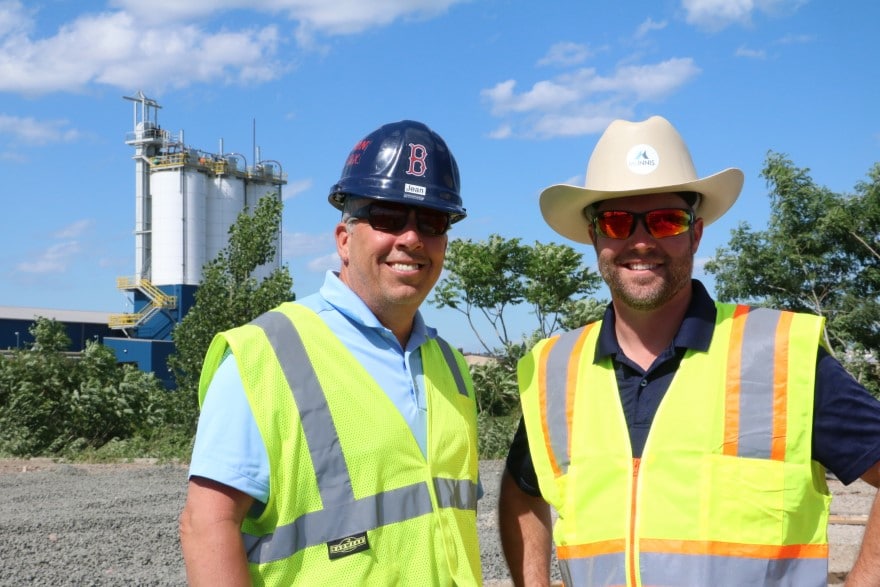 “My observation is that New York is one of the most complex—and one of the most expensive—places to work. This project alone required over 186 permits to build,” Burns says, noting by comparison that a different project in Rhode Island only required five.

Methodically, Burns says he and his team of 75 people, at peak construction, focused on one issue at a time, handling the research and responding to the questions raised by residents during numerous public hearings. Keeping the lines of communication open was vital, Burns says, and an important step for the locality which hadn’t seen a construction project of this size or scope on the East River for at least 50 years.

“I told them what happens here and affects their children is important to me; I have three kids of my own,” he says. “I’m not just a consultant. I operate out of my gut and I would never risk the life of a child, or anyone else.”

The process from start to finish, over the course of three years, paid dividends by developing goodwill and community relationships.

In the end, McInnis USA gave an 800-foot-long by 30-foot-wide walkway of open prime NYC real estate space back to the community, commissioning artists to add personal touches to the area. Through his research, Burns says an added benefit of bringing construction materials in by ship, not only cut back on the environmental emissions of two million truck delivery miles, but also addressed related concerns about people in the area suffering from asthma. 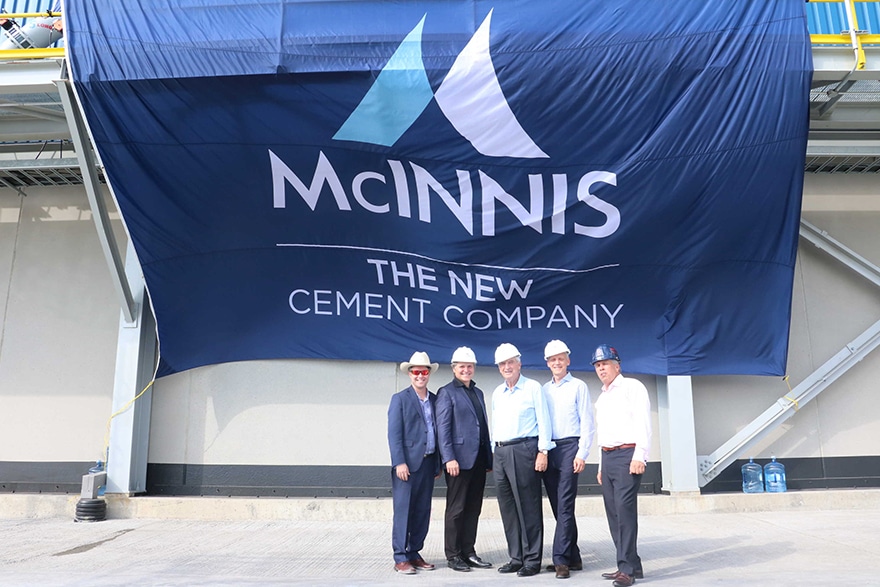 “What I enjoyed the most was a human element of this project,” Burns says. “There were so many variables that required a human aspect, an interaction, and the opportunity to meet with the people involved. We knew we had to be completely open and accessible if we wanted this to work. We had to be transparent. It all boiled down to human interaction and with that we were successful.”

Placing value on human interaction was something this Quebec native learned early on.

Going back to his childhood, his interest was piqued by his father, who was a great source of inspiration. His dad, he says, owned a commercial cleaning business and would do whatever was needed to get the job done—even if it meant setting aside his role of manager and putting on his overalls to work in the trenches alongside his staff.

His father’s work ethic inspired him and engineering intrigued him; he liked how it stimulated and fed his curiosity and ingenuity. To that end, Burns earned a bachelor’s of science in civil engineering in 2005 at Laval University and added a master’s in engineering (concrete) in 2007 from the same school.

In his postgraduate years he worked in a variety of industrial, commercial and institutional construction projects in the Bahamas, then in the southern U.S. as a project engineer and project manager with his wife, for Baker Concrete Construction from 2003 to 2009.

Later, he joined a concrete durability engineering firm as the director of business development in North America. In 2015, as a partner, he became the division manager and started their Middle East branch located in Dubai. He did not hesitate to move his family across the globe to embrace this new personal and professional challenge.

In 2016, through his current firm CIMA+, his path crossed a growing start-up client, McInnis Cement. This encounter pulled him back into more traditional project management out in the field, fueling his construction craving. He was hired as a project director at McInnis and as a senior project manager at CIMA+, both in 2016, then moved up to director of engineering and construction at McInnis in 2017. 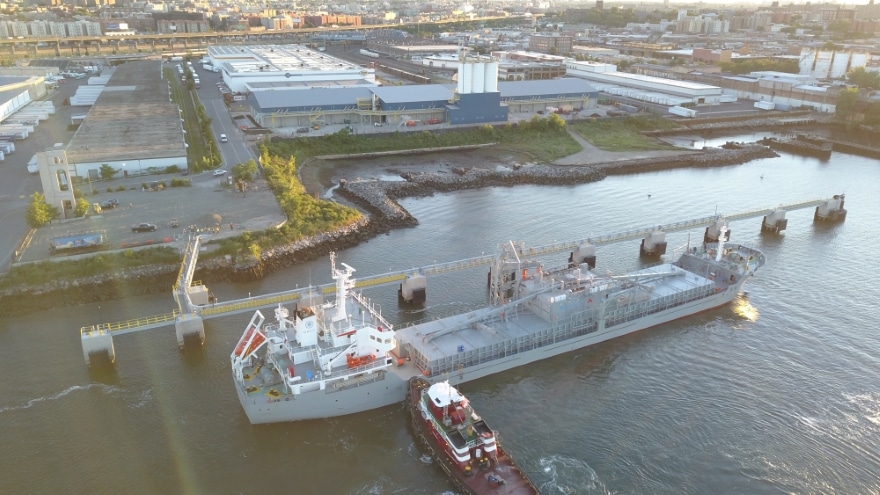 His partnership with McInnis Cement paved the way to an enriching experience that led Burns and his team to the successful management of the construction and engineering of McInnis’ cement receiving terminals. The synergy led the way to a mutually beneficial relationship with more projects to come.

At CIMA+, he says his dedication and leadership led to him coming on as an associate partner in 2018 and a fully-fledged partner in 2019. He currently works for his client McInnis Cement—a symbiotic relationship that has expanded the footprints of both companies beyond Canada. He’s also leading the CIMA+ effort to spread its expertise across the US border.

Based on his experience, Dennis Burns has some advice for successful project achievement. “We put client and community values first in our projects,” Burns says of what he believes are the cornerstones of successful projects. “We play by the rules and found success through the right partners; through that we’ve been able to overcome any hurdles through teamwork.” 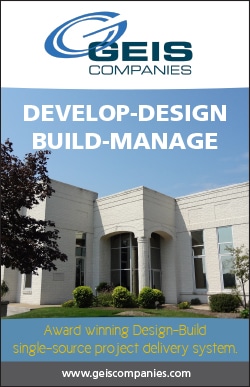 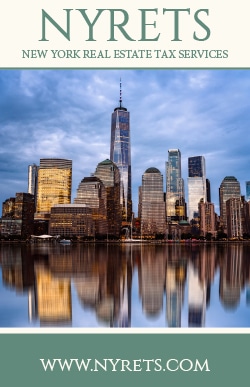 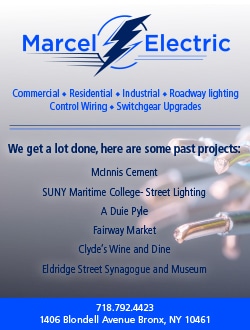