What’s old is new, on the cusp of cool

Jacob Lebowitz might just be a modern-day maverick in the real-life rust-belt version of Monopoly.

However, there is no Boardwalk, Park Place or Atlantic Avenue. DelMonte Hotel Group, led by president Alex DelMonte from its home base in Rochester, New York, has moved the game of acquiring properties to second- and third-tiered cities, not streets, through the development of properties in Cleveland, Pittsburgh and Albany, as well as regionally in the Midwest, New England and along the East Coast. 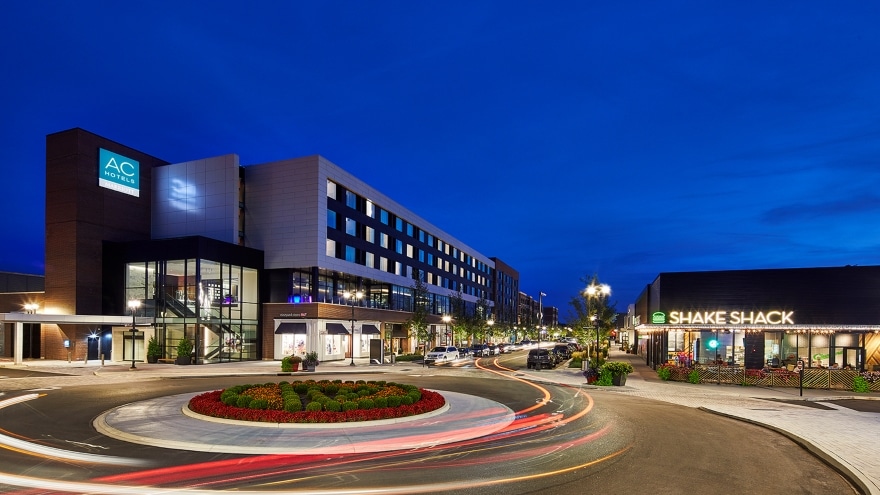 Players are not trying to lay down little green houses and red hotels; today it’s all about delivering a custom, diversified, mixed-use of properties for clients with refined taste who want a croissant, a cappuccino, a sleek European-style hotel, access to shopping areas and office suites—all in one location.

But perhaps the biggest change in today’s real estate game is that development is shifting away from one company or one person with a big checkbook calling all the shots. In the past, said person would buy a single property, pay all the bills and take over the space. Now there is the creation of a real estate development “entity”—an amalgam of developers, owners and investors.

“These deal structures are increasingly complex. With so many players involved there’s no getting around the fact that there are going to be disputes,” says Lebowitz, who joined the DelMonte Hotel Group team 11 years ago as the director of design and construction. “What I know is that in order to win this game, it is absolutely imperative that you are open to compromise to move the whole process forward. Otherwise you won’t find the finish line.”

Cleveland’s renaissance is not all about LeBron James. 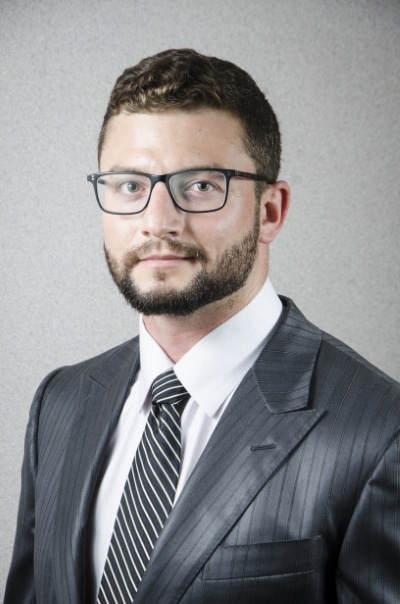 Roll the clock back to 1870 when there was an even bigger player in town: John D. Rockefeller who founded Standard Oil here. That’s when the big bucks started rolling in, thrusting Cleveland front and center into the Industrial Revolution where people made money hand-over-fist on the shores of Lake Erie. When 100 years of unfettered pollution finally got out of hand and the Cuyahoga River caught fire in 1969, the city became known as the “mistake by the lake” and a downward economic spiral began.

But Cleveland properties are coming back and are on the cusp of cool.

The Rock and Roll Hall of Fame, the famous Cleveland Clinic and a trendy microbrewery overseeing a historic smokestack or two is bringing a revitalized Cleveland landscape into focus. It certainly caught the eye of the DelMonte Hotel Group, scanning the horizon of this regional renaissance, leading it to tap into one of the hottest areas experiencing a resurgence in development.

Just outside of the city proper, in one of the neighboring suburbs, DelMonte brought forth its latest project, the AC Hotel Cleveland Beachwood, which opened this past August, and its Residence Inn Cleveland East right behind it.

“It’s a challenging type of project to build, but it’s based upon what our customers are looking for. It’s definitely the ideal direction for new hotel development.” Lebowitz says. “We’re past the days of traditional hotels with grand lobbies and an excess of in-house amenities. It’s now all about mixed-use development.”

Lebowitz explains the new development model is all about creating a “lifestyle community” that includes retail, residential, hotel and office space components that ideally serve a hospital/medical community or college/educational center. His group is focusing on those types of developments for hotel products within the Marriott, Hilton and Hyatt brands.

The Pinecrest mixed-use district is perhaps the grandest posterchild of this concept in Cleveland. The project’s scope is huge: $230 million on 58 acres with 400,000 square feet of high-end retail space and restaurants; 162,000 square feet of Class A office space; 87 luxury apartments; and a 145-room boutique AC hotel (which stands for the sleek, modern European hotel concept by Antonio Catalan). The area that was formerly a suburban street is complete, with restaurants and movie theaters to round out the experience.

Their moniker? Come to “dine, dwell, dream and discover.”

No land? No problem

Without a doubt Pinecrest is one of Lebowitz’s favorite projects, and it typifies this unusual trend—one in which they didn’t own any land in the deal.

Fairmont Properties was the master developer that built the retail base and leased tenant spaces. DelMonte came in as the hotel developer, acquiring rights to build the specialty hotel above the retail space, so basically one person’s roof was another person’s floor. 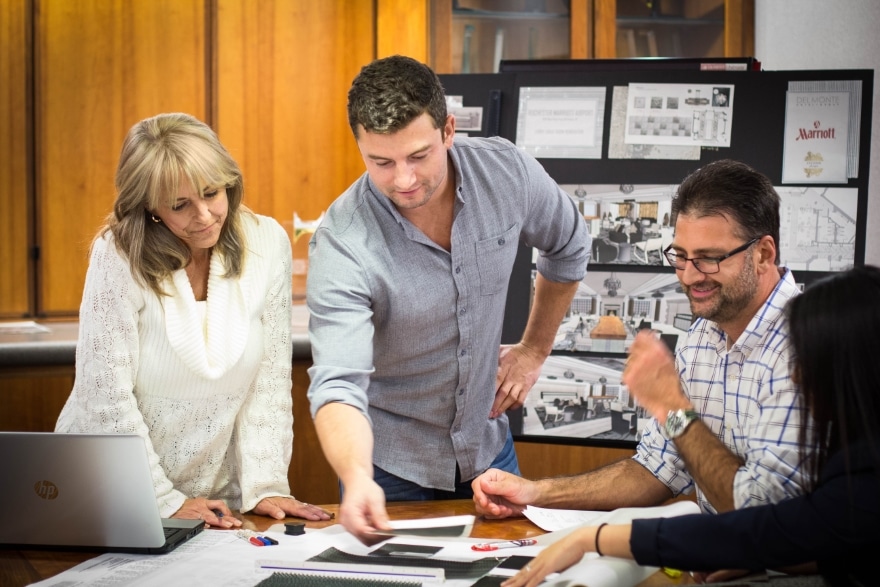 It presents a unique arrival experience for guests who don’t arrive at the centralized hotel lobby; instead they enter through a glass-enclosed “jump” lobby adjacent to the first-floor retail spaces, featuring a monumental staircase to the main lobby level. The location offers a great convenient walk-out experience for guests staying at the hotel, with any amenity easily within walking distance.

For starters there is a complex coordination of design between the hotel and the retail spaces. What’s also unusual is that the hotel literally has vital parts of its infrastructure embedded into the building below. And Lebowitz has never seen so many easements to any project to sort out all of the legal rights between these buildings that live both together and apart.

To get these projects started, a lot of people are invited to the party: typically, design consultants, including architects; interior designers; engineering consultants; and a construction management team. Lebowitz then manages that group internally alongside his six-person project management and procurement team.

Behind the scenes of all of the nuts-and-bolts of construction is the development of strategic partnerships. Because there might not be a flagship restaurant in-house, the hotel guests are referred to one in the community. Likewise, neighboring businesses refer their clients back to the hotel.

“Diplomacy ends up being the most essential skill for getting a diverse group of people to work together,” he says.

In all honesty, this would-be law student says he loves to be front and center to the whole development process with its cast of characters, each offering their own perspective. Considered an-up-and-comer by some in hotel development, Lebowitz gained plenty of industrywide recognition for this project and others, winning the “Thirty Under 30” Hotel Professional Award from Hotel Management magazine. DelMonte Hotel Group also got the nod in 2017 for their fifth Partnership Circle Award from Marriott International. 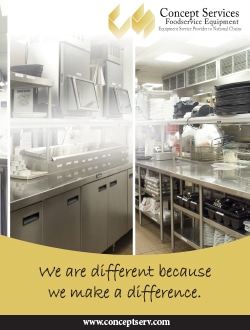 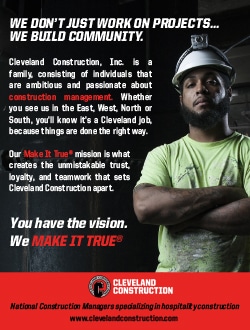