Movin’ on up in the South Side is proving a tough job for the University of Chicago Medicine system. The demand for new and expanded services is there, but the land is not.

When the system does find new spaces to buy or lease, Director of Architectural Services Deb Antes leads the buildout process. She most recently helped UCM expand farther south of Chicago as well as north of the Chicago River within city limits. The benefits of expansion mean more care for Windy City residents, but Antes says the approach is borne of necessity. 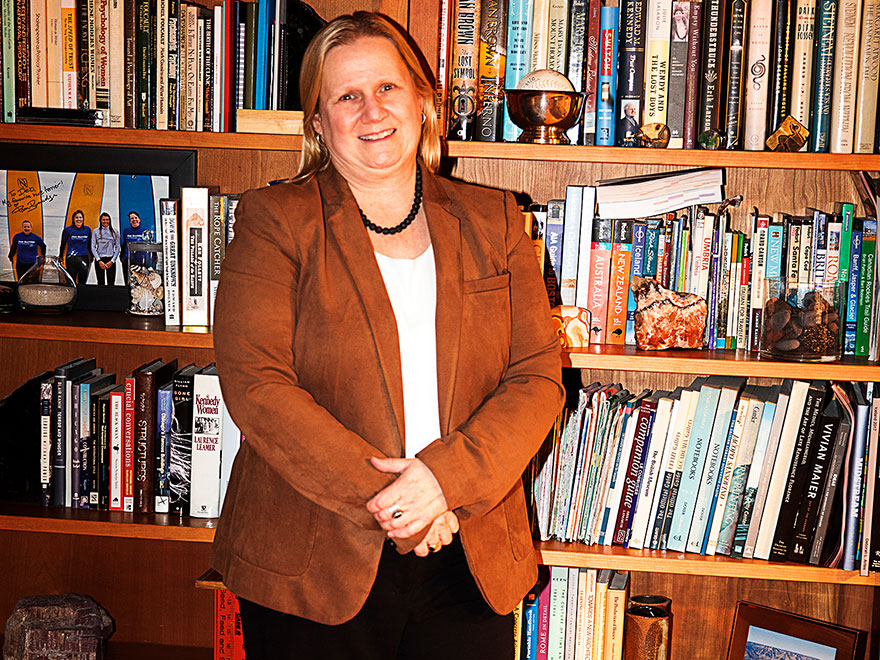 “It’s exciting to work on a project that could save people’s lives,” Antes says, “but when you don’t have a lot of space and want to keep revenues up, you need to figure out the programs and find space for them.”

New in the neighborhood

UCM’s main hospital is in an urban setting, but it is nearly surrounded by city parks on a campus with plenty of competing demands for available space. Antes notes even basic requests for space on campus can lead to panic, so UCM has also been movin’ up and out.

The system acquired Ingalls Memorial Hospital in Harvey, Illinois, and then began building new facilities and clinics with some inventive approaches to using areas not originally built for health care purposes.

By March 2020, the newest UCM clinic is expected to open in River East, which is a relatively new moniker for the neighborhood traditionally known as Streeterville. Within 40,000 square feet on two floors of a mixed-use building, UCM will provide primary care and a host of other clinical services such as cardiology, urology, rheumatology, plastics and reconstructive, and dermatology. 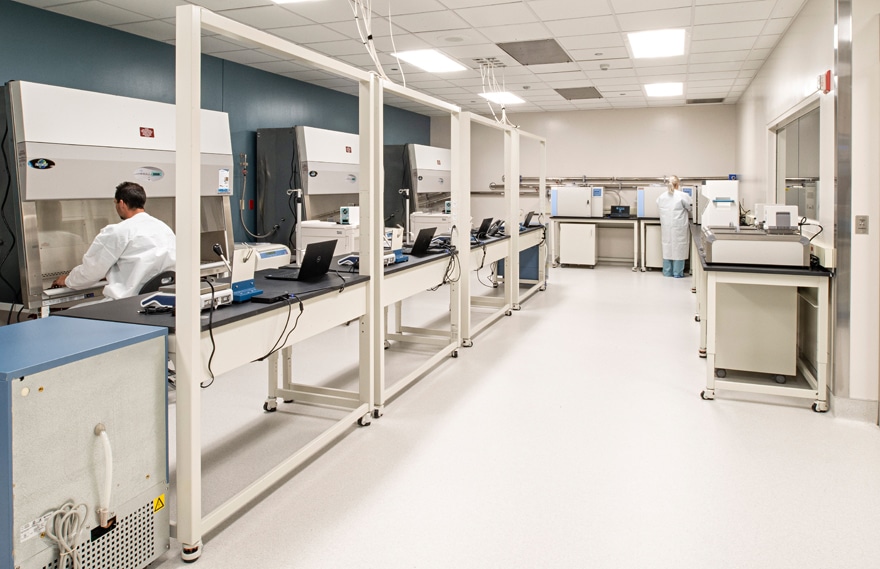 That’s the cut-and-dried description of how UCM is stepping into an area where rival Northwestern is already providing medical care.

“It is a great space,” Antes says “It is going to be really exciting, very visible, with a very nice entry and waiting area.”

That seems easy for Antes to say, but it’s also a space that challenges the ability to design and build out clinical space.

“They are modular in nature,” Antes explains. “You want to build them where you could add and subtract exam rooms, which are typically built as a cluster.”

Instead, on the clinic’s second floor, support columns are arranged in a circular grid. Antes credits Chicago architects Perkins and Will with accommodating the columnar and linear demands for exam rooms to make the leased space work for UCM.

Antes also guided the addition of UCM’s advanced cellular therapeutics facility in one of its existing buildings that contained shell space. An 8,000-square-foot lab may seem a nondescript thing, but it will help the system expand on one of UCM’s prestigious service lines, she says.

The expansion came after the U.S. Food & Drug Administration approved the use of CAR T-cell therapies for adults with certain types of lymphoma and children with lymphoblastic leukemia. UCM became the first site in Illinois to be certified to offer both treatments using a process that uses a patient’s own genetically reengineered T cells to find and destroy cancer cells. 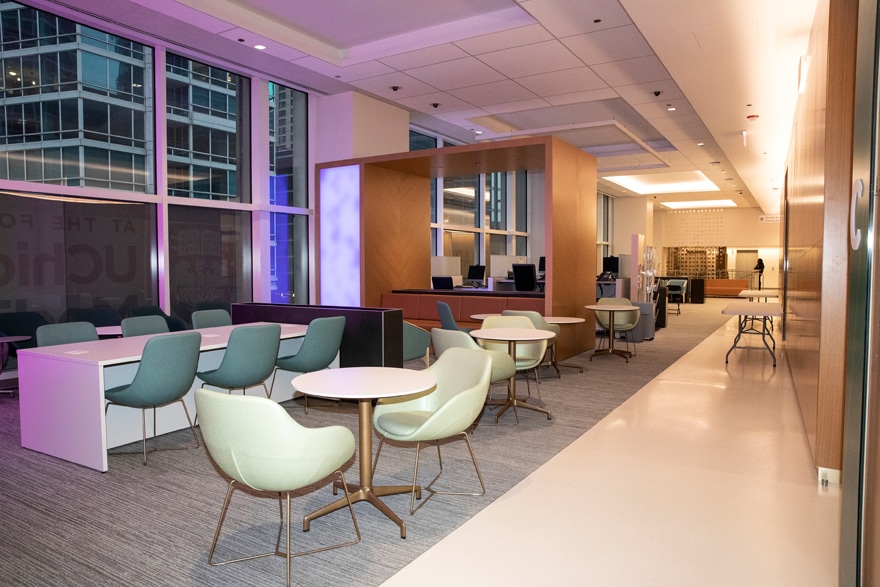 “This project is saving lives of cancer patients that had been given a death sentence before some of these new breakthrough treatments,” Antes says.

Making the facility a reality involved more than fitting in the needed complex diagnostic equipment. The design team, CRB, also had to make sure the lab’s highly sophisticated mechanical system was properly set to avoid contamination. As it is doing at the new clinic, Turner Construction managed the project, Antes adds.

UCM has also been saving lives at the Level 1 trauma center it opened in 2018.  The high demand for emergency care in the city’s violence-prone South Side is very high, and the center re-starts an adult trauma care program that was discontinued in the early 1990s.

The center, designed by Moody Nolan Inc., was built in the first floor of a parking garage. In this case, the first floor space has a ceiling about 9 feet high and about 18 feet to the underside of the deck. Because the upper floors are more typical of garages by having lower ceilings than commercial buildings, expanding them would be a challenge, Antes notes. Still, UCM is looking to expand the emergency department to the adjacent mezzanine in the next year. 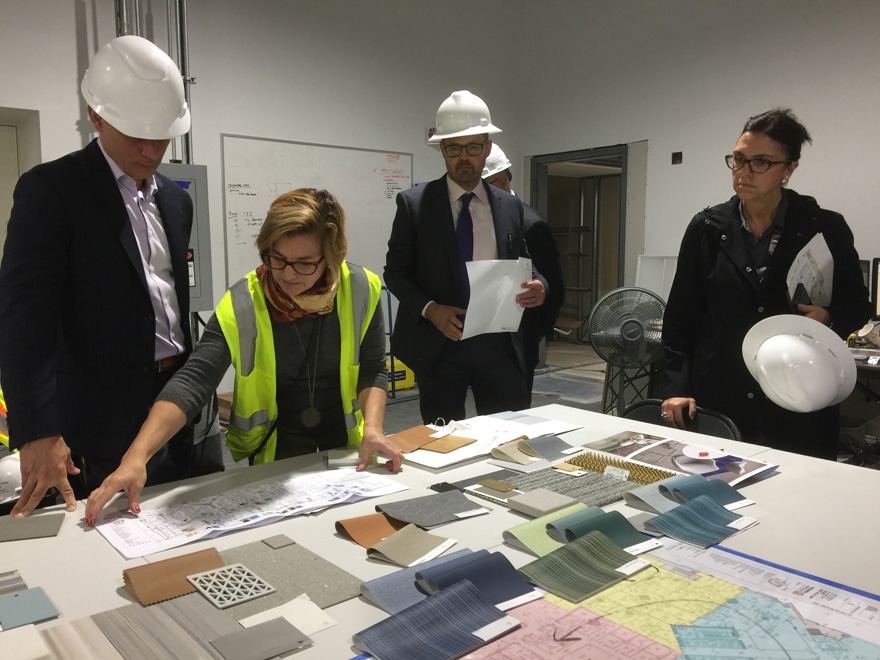 While involved in the larger details of UCM’s expansion, Antes and her staff of six still get and fill mundane requests for new furniture or carpeting. Private office space is harder to fulfill, she adds, so she and the staff have looked at different strategies to create office space.

UCM has been able to expand its on-campus orthopedic services— a growing and crucial revenue stream—with three new exam rooms. But the health care system also faces competition for space from other university departments.

“It’s a little like the Wild West,” Antes jokes about competing needs and departments looking to fund various projects via capital improvements budgets.

All in the plan

For all the strain that may be involved in planning the future of a growing health care system, it’s a role Antes has been building toward.

A native of Deerfield, Illinois, Antes earned a bachelor’s in art history from Mount Holyoke College in Massachusetts, followed by a master’s in architecture from Harvard. After graduating from Harvard, she came home to Deerfield and joined Green Associates as a staff architect, but since joining HLM Design in 1997, she has focused on designing and managing projects in health care.

Her workload keeps Antes’ leisure time to a minimum, but she has always found ways to make time for baseball, she says. She’s a Cubs fan who has crossed the traditional Windy City fandom border by working in White Sox territory, and she also enjoys visiting ballparks throughout the country. And while the Cubs play in venerable Wrigley Field, one of the oldest ballparks still in use, Antes has very much enjoyed catching games at the newer ballparks in San Francisco, Pittsburgh and Washington, D.C. 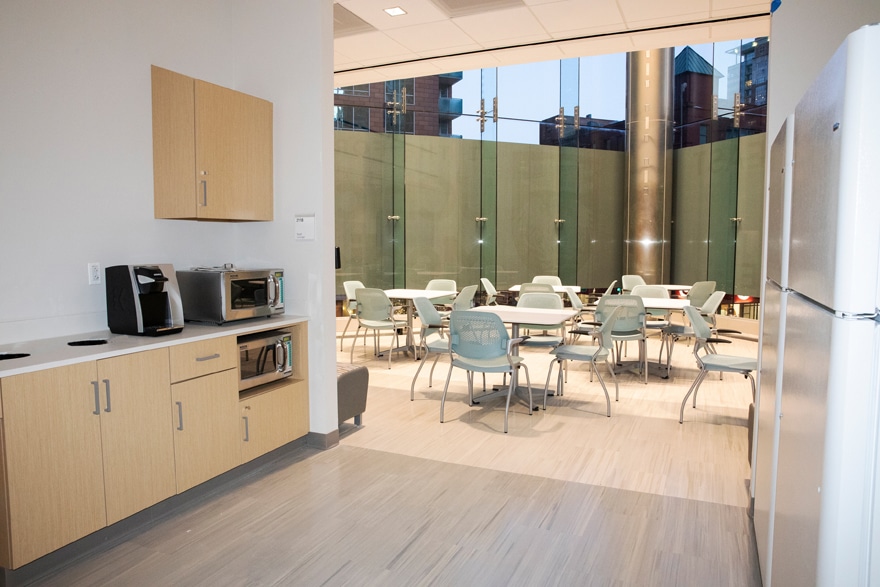 When not taking herself out to the ballgame, Antes has also traveled to Bryce Canyon in Utah and has plans to visit Greece. All the while, she will be getting plenty of photos.

“But some of these trips take you off the beaten path to areas that are breathtaking, so you have to remember to take in the moment,” she says.

Back in Chicago, playing an active role in UCM’s expansion has not taken her off the beaten path, per se, but it has put some learning curves into the journey.

“I think that it’s hard for an architect who has not done health care to walk in and design it,” Antes says. “You have to have an understanding of complex departments like surgery. There are things in a floor plan they might not understand about how a how a patient flows through a department. But that it is how a floor plan gets put together.” 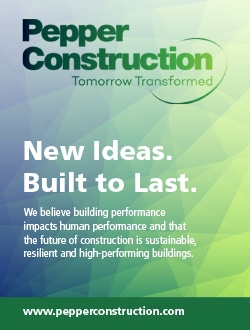 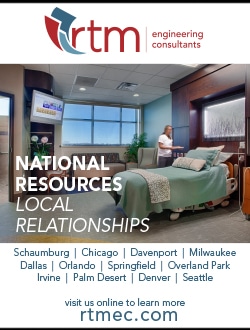 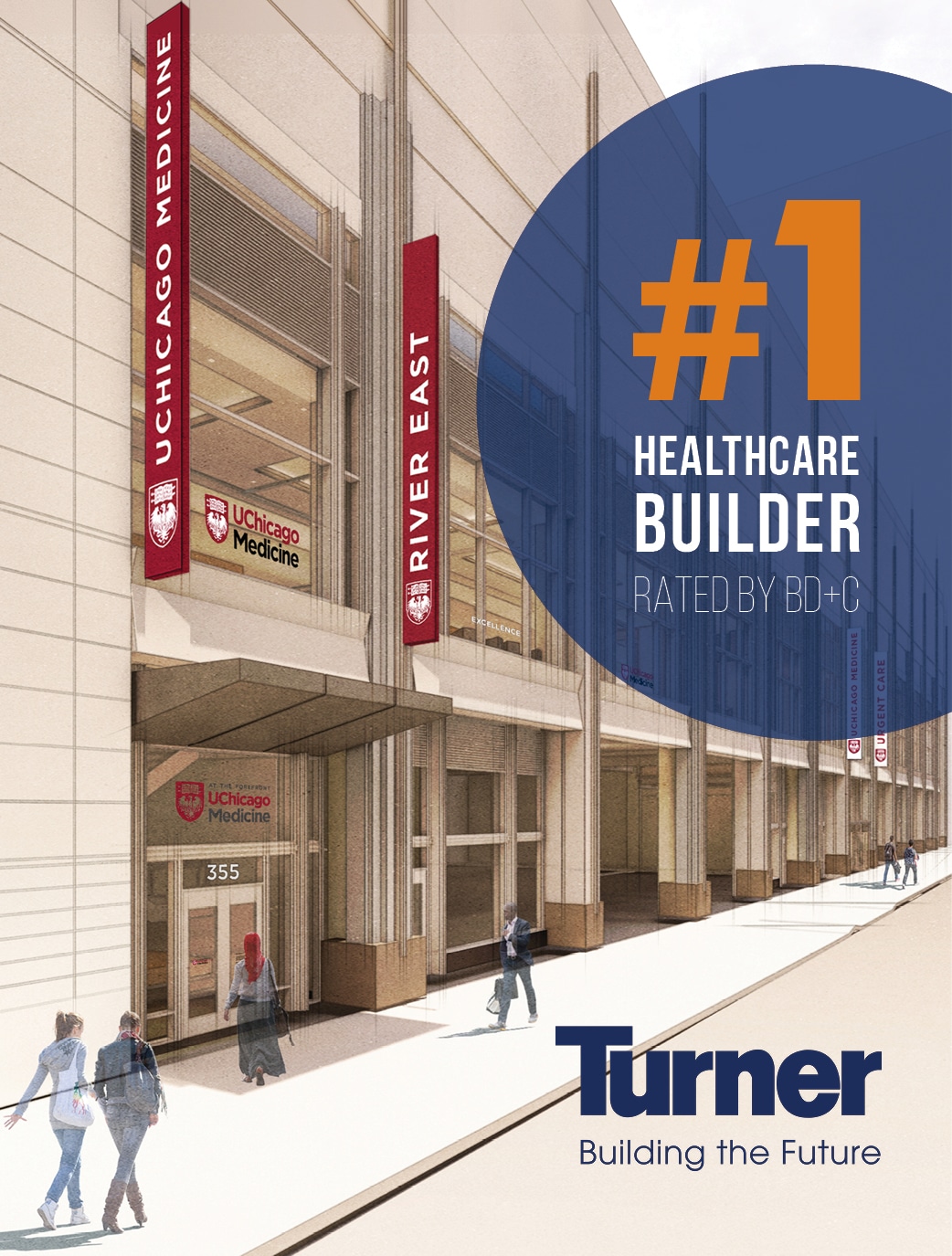