Collaborating beyond the cube farm

When David Wilson was getting ready to graduate from Maine Maritime Academy, he went to sea for a mandatory six-month training regimen required of all students.

Aside from wearing a uniform, sleeping in a bunk no wider than he was, and riding an onslaught of rolling waves, Wilson, an engineering student, would need to prove he could handle anything from a mechanical failure to a medical emergency. 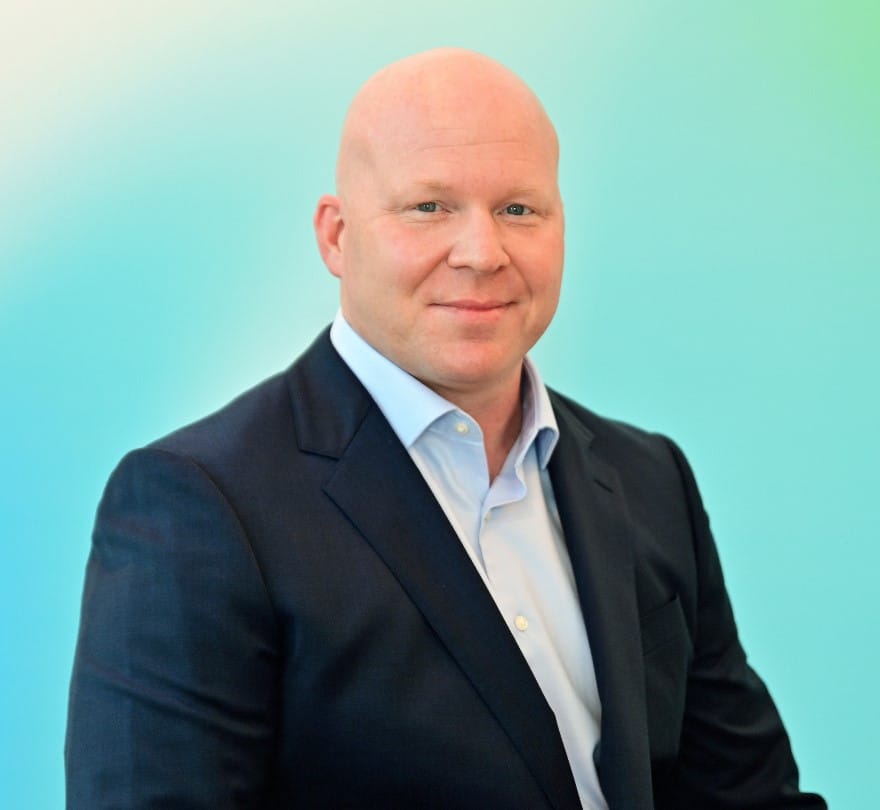 Wilson passed, gaining a resourcefulness and life lessons that would serve him throughout his career. Now the director of facilities at Avanir Pharmaceuticals in Aliso Viejo, California, which make drugs to treat conditions of the central nervous system, his focus is building what he calls “the workplace of the future.”

Through spaces that fosters teamwork and collaboration, Wilson believes employees can better focus on improving the lives of patients.

“Being put in a leadership role from the start, I learned to handle whatever comes my way,” Wilson says. “Being out at sea has had a lasting impact on me.”

“Workplace of the future”

Wilson says he’s always based his professional philosophy on a quote made famous by hockey great Wayne Gretzky: “Skate to where the puck is going, not where it’s been.”

“For me it embodies the focus of always looking toward the future to figure out what will happen next,” he adds.

In 2019, Avanir began collecting employee feedback to design a more collaborative office space. It would involve constructing 21 conference rooms (to accommodate multiple meetings with expanded scheduling), plus an additional 46 “huddle rooms” scattered throughout its headquarters for spontaneous interaction between employees.

Most of the new spaces are positioned toward the windows to gain the advantage of natural lighting—which studies have shown contribute to greater productivity than workspaces located in the middle of a building. 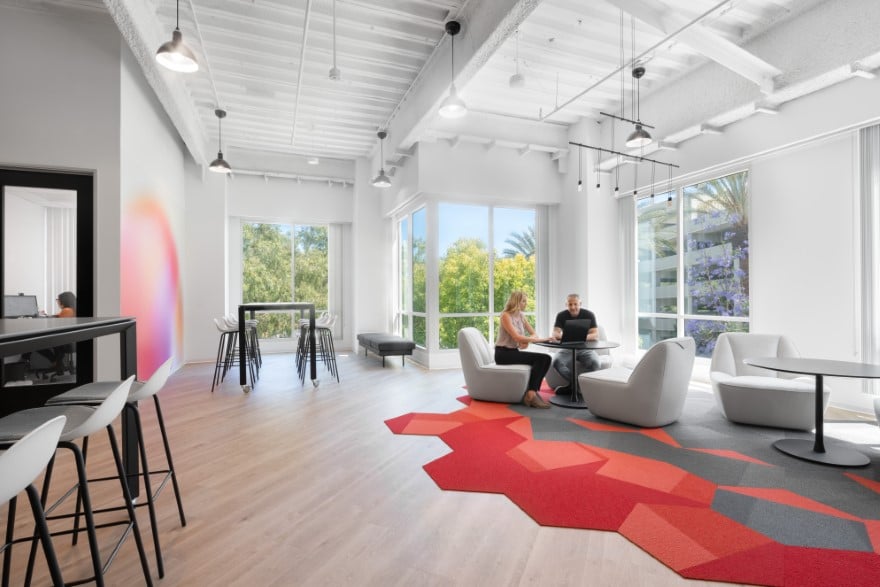 Avanir also added modern interactive tools, such as large computer monitors, where many people can view information together at one time; whiteboards; and “D”-shaped tables to allow people to freely express ideas while sitting comfortably with one another.

The company also built a transparent, glassed-in Town Hall meeting space on the first floor to accommodate 400 employees at one time. The space, which opened this year, is completed by a catering area for meeting attendees to grab food.

“We also knocked down the walls of executive corner offices, converting them to inspirational collaboration areas,” he says. “People have to be comfortable to be innovative and develop ideas. Our design optimization process will take us 20 years into the future.”

Before any of these projects began, Wilson sought employee input. For example, in January 2019, as Avanir was preparing to renovate its headquarters, his staff polled employees on how the space should be designed and used.

From there, Avanir created teams that focused on everything from furniture (to promote better ergonomics), to designing the breakrooms. In the end, employees voted on the “package” they liked best.

“By designing ‘with’ rather than ‘for’ employees, you get a better sense of what’s needed from a design perspective and produce better spaces to help meet employee needs,” he says.

It’s an approach he learned in an unlikely place.

As an 18-year-old at Maine Maritime Academy, Wilson says he got his taste for leadership during his educational adventure on the high seas—where each engineering student was tested not only on their knowledge, but on their ability to collaborate. 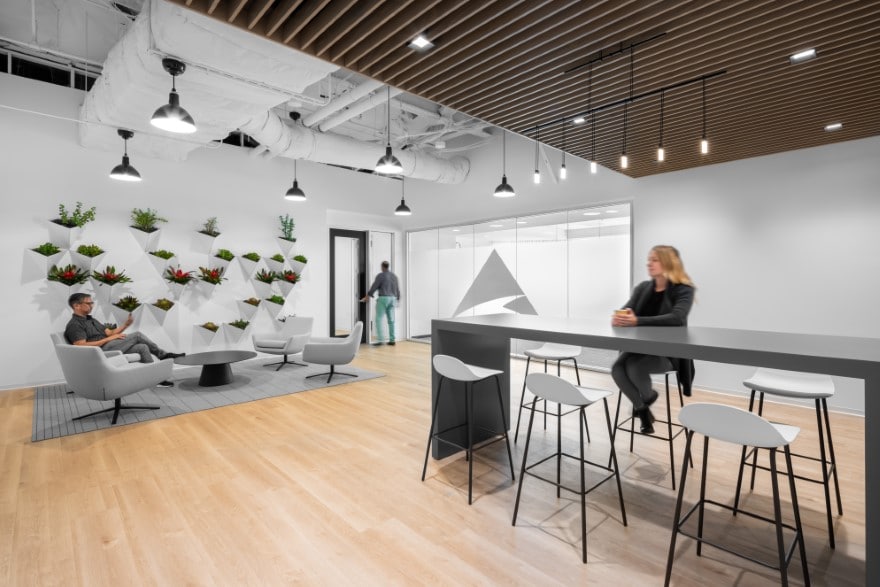 After earning his engineering degree from Maine Maritime Academy in 2000, Wilson had plenty of opportunities to build on that strong foundation.

He took a position in project management and as facilities engineer at Fairchild Semiconductor for the next seven years. There, he worked to modernize and expand cleanrooms and systems at one of the longest continuously operating semiconductor manufacturing facilities in the world.

Next, he joined Callaway Golf in 2007, starting as a leader in the production maintenance department before being promoted to facilities engineering manager in 2008. Responsible for on-site services, he worked with utilities and provided around-the-clock support to the company. A career highlight was saving the company more than $1 million annually in energy usage.

After three years, Wilson was once again looking for a chance to grow. This time, he found it at California-based Avery Dennison, a Fortune 500 multinational manufacturer and distributor of labels and tags for clothing.

After four years of on-the-job international travel, followed by a year as a senior reliability manager at Stone Brewing Co. in Escondido, Wilson shifted into the life science space, joining Thermo Fisher Scientific as associate director of environmental health safety and facilities in 2016.

Three years later, eager to try his hand in the pharmaceuticals sector, he was hired by Avanir. 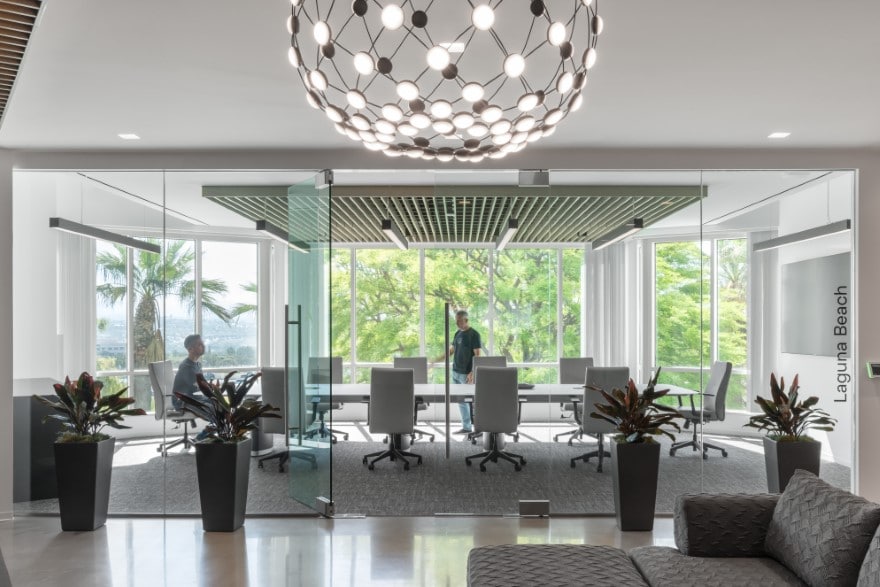 “Being involved in an innovative industry that’s tightly regulated appealed to me,” Wilson says. “I was drawn to its highly-technical work and strong focus on culture and company values.”

With construction complete on many of the latest projects—and being back in the office now—he says he can measure the effectiveness of Avanir’s most recent projects as employees occupy the new spaces. And he can continue another passion.

“Mentoring young engineers has brought my career full circle,” Wilson says. “There’s a certain joy in keeping things going, understanding what’s happening and getting out in front of operations to maximize service and quality. It never gets old.” 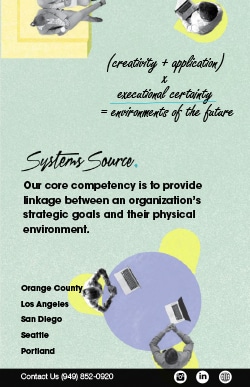