Experience as the prescription for success

Years ago, if David Timm’s pager went off at 1 a.m. with news that water was inundating the basement of St. Mary Mercy Hospital, he might’ve lost his mind.

Therein lies the beauty of being a director of facilities for more than three decades: If you’ve seen it once, you’ve seen it a thousand times (okay—he’s only seen flooding twice). 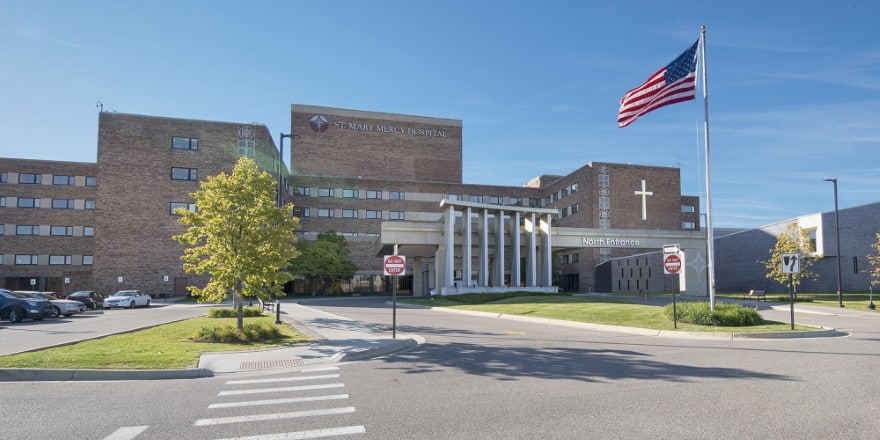 These days, Timm knows exactly what to do, who to call and how to resolve any issue in a snap. Whether it’s installing water chillers the size of a large garage into the hospital’s basement or leading the charge to develop a testing protocol to protect against the deadly Legionella bacteria, Timm’s the first to roll up his sleeves.

“A college education is one thing, but experience is another,” says Timm, director of facilities at St. Mary Mercy Hospital in Livonia, Michigan. “There’s probably nothing that hasn’t been thrown at me. I think I’ve seen or dealt with just about everything.”

Founded by the Felician Sisters in 1959, St. Mary Mercy Hospital is a member of Saint Joseph Mercy Health System, a health care organization serving six counties in southeast Michigan with a combined total of 1,726 licensed beds, more than 14,000 employees and nearly 2,700 physicians. On the Livonia property alone, Timm is responsible for a million square feet and room for 302 patients, plus 13 off-site properties. 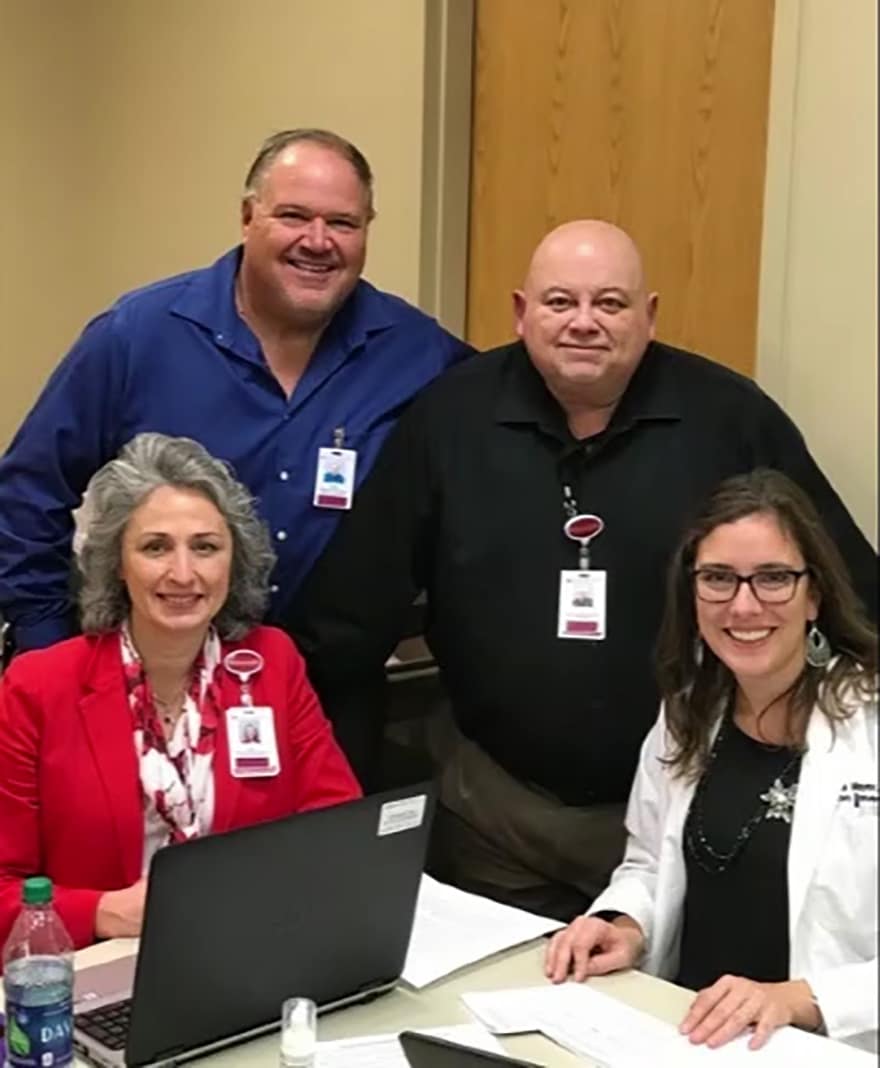 With its air handler dating back to the hospital’s opening in the 1950s, the time had come in 2018 to replace the unit, tasked with heating, cooling and maintaining the proper humidity and air pressure levels to help patients heal. To replace it, Timm had to move in a new unit the size of a garage, one piece at a time, to the belly of the hospital’s basement two stories down.

“There’s a bit of a trick to it, because you have to move all of that in while maintaining the air quality at the same time,” he says, adding that an interim unit was brought onto the first floor to stabilize conditions by pumping air down to the basement. “It’s a daunting task.”

Begun in May, the $680,000 project was completed by October to avoid any potential weather-related problems. His team was also able to successfully work around issues with the ductwork and got chilled water coils installed and running on time. In the process, the old unit with one large central fan was replaced by 12 smaller fans—a cost savings to the organization.

“I was proud we were able to stay on task,” Timm says. “Now we have a more energy efficient unit that keeps our patients comfortable,” Timm says.

Taking the lead on Legionella

But maintaining internal systems is about more than just patient comfort. Sometimes, it can be a matter of life and death.

Among Timm’s most significant initiatives was testing the hospital’s water supply systems for Legionella, a bacterium that can produce the pneumonia-like (and sometimes fatal) Legionnaires’ disease.

As Timm explains, St. Mary Mercy was the first hospital in the area to undertake a full monitoring program to test its in-house water lines and systems for the bacteria.

“We started looking at it years ago, and since that time it has become a state requirement to test. I like the fact the we were ahead of the curve,” Timm says. “Now the results are surveyed every three years by a joint commission in a very robust program that is shared with other hospitals.”

But the water testing doesn’t stop there. Water from the hospital’s cooling towers, drinking water at public fountains and the facility’s wastewater are all being tested. All told, the procedure includes nine levels of water evaluation.

“I am proud we have been at the forefront of the movement,” he says. “We’re doing things right.”

Lots of things, it turns out. Indeed, there’s literally no shortage of projects for Timm and his team to tackle.

“Building or fixing things, it’s what we do,” Timm says.

Recently, the hospital broke ground on a joint venture with Schoolcraft College to build a 125,000-square-foot building equipped with multiple surgical centers, MRI and CAT scan facilities. Not only will it enhance services to patients; it will also serve as a training ground for students.

In March Timm is also lining up renovation work at the Integrated Health Associate (IHA) office complex in Marian Professional building, overhauling the humidifying system in the professional building and replacing air handlers at the childcare center.

A 35-year veteran of medical facilities, Timm prides himself on his involvement in all aspects of construction and day-to-day operations.

Beginning at the Detroit Medical Center—a network of seven hospitals spread across the city—Timm spent 13 years at DMC Harper University Hospital; two years at Children’s Hospital of Michigan; and 13 years at the DMC Rehabilitation Institute of Michigan. He also fleshed out his work experience with a year at the National Science Foundation (NSF), as well as a year at John E. Green, a large mechanical contractor where he was a project manager and estimator. 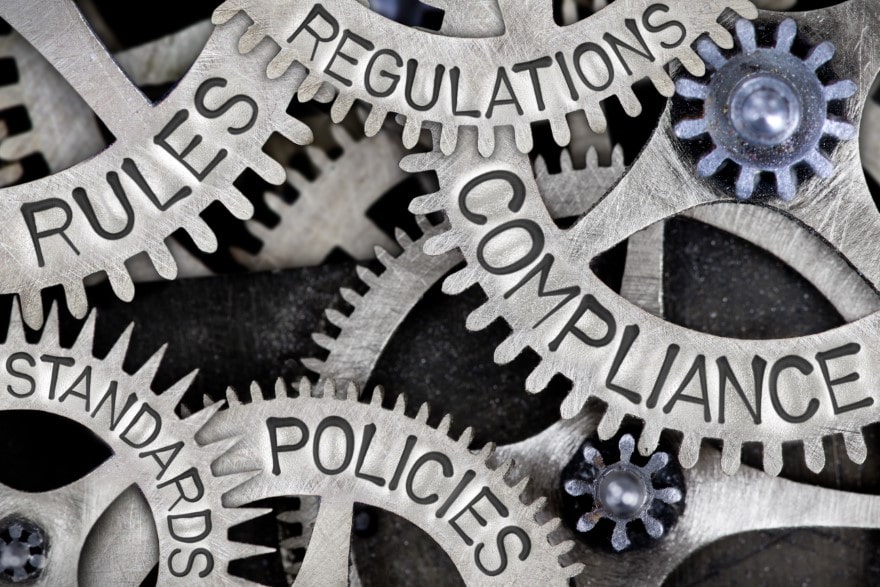 If anything has changed over the years, Timm says, it’s the need to stay on top of codes and regulations—the biggest thing employers want him to know.

“What I love about my work is that when I walk through the door in the morning, I have no idea what I’m going to be doing,” he says. “But whatever it might be I know we can handle it.”

Another perk of the job: communicating with people from across the organization—from housekeeping to doctors and nurses. He sits in and gets involved in different level meetings on many projects.

“Here at St. Mary’s I’ve taken on the similar role as other places, but by the same token it’s a little different, as we have emergency management and safety considerations and a few more departments under our wing,” Timm says. “The more you know the more they throw under your umbrella.”

That’s ok with Timm. Experience has been his greatest teacher, after all.

Looks like the old adage was true after all. 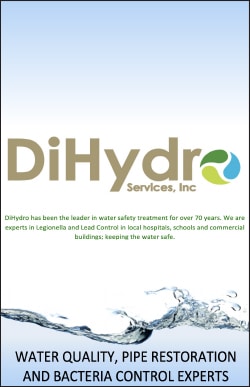