Shopping for a better space

Five years ago, the Sack ‘N Save at the corner of Wilshire and Avenue C in Denton, Texas, looked like any mid-sized grocery store: meat and produce around the perimeter, aisle upon aisle of food and household wares in the middle, all of it illuminated by a battery of fluorescent lights.

Should a former customer happen upon the sprawling space today they’d be met with a starkly different scene. Specifically, a litany of spaces and services aimed at making the University of North Texas’ (UNT) administrative and support services more collaborative—and the work environment more engaging. 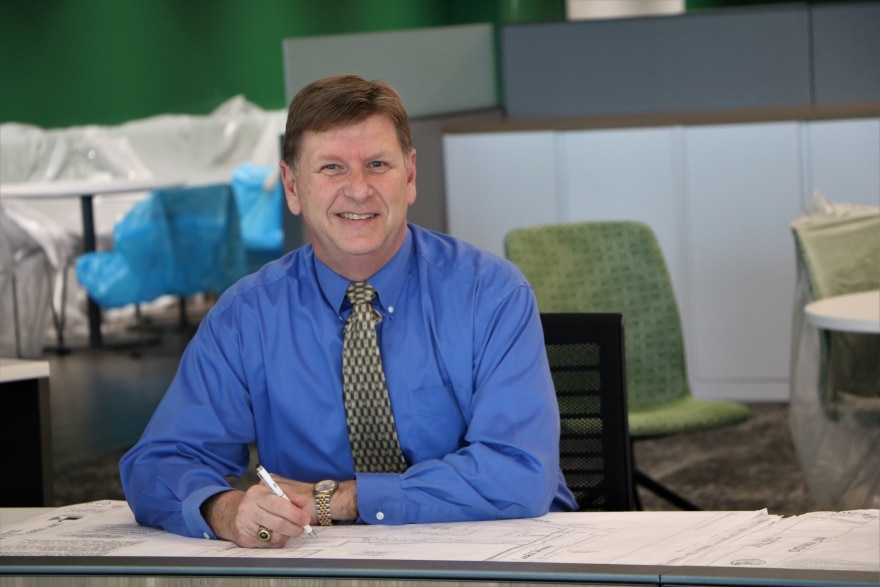 “When the property became available, we strategized with senior leadership and teams across campus for the ideal fit,” recalls David Reynolds, associate vice president for UNT Facilities. “It’s a project that’s been in the works for several years, but to see it finally up and running—it’s exciting.”

As UNT’s enrollment continues to rise (the school surpassed 38,000 students for the first time in 2018), finding space for that growing body has become a priority for the university.

By relocating some of its administrative services to the school’s perimeter, which includes where the grocery once stood, they hoped to free up more space within the campus core for much-needed academic resources: faculty and graduate student offices, and—eventually—more classrooms.

Begun in 2017, the project’s first phase, managed by the UNT System’s facilities planning and construction team, involved a complete gut of the building’s interior: removing the store’s outdated HVAC and electrical systems (including all lighting and refrigeration units); hauling out tons of shelving; uninstalling cash registers and other point-of-sale systems—the list goes on.

“When you’re dealing with a space with a relatively simple design, there’s a misconception that any improvements you make are going to be easy and straightforward. But it’s never that easy,” says Reynolds. “This was a top-to-bottom gut, and it needed to go right for the rest of the pieces to fall into place.”

And fall into place they have, thanks to UNT Facilities professionals like Thanh “Kim” Nguyen and her team of in-house designers and construction inspectors augmented by commercial design and construction firms. Designed to accommodate UNT’s budget office, human resources department, administrative services and part of the school’s IT team (totaling around 150 people), the space utilizes a mix of furnishings with limited hard-built walls to create a collaborative environment. 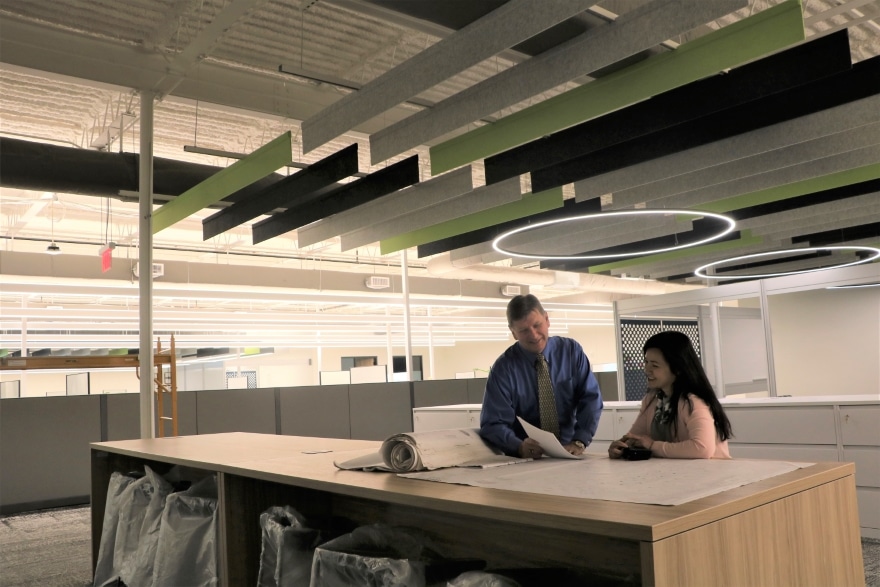 One of the space’s unique amenities is a small room featuring three treadmills outfitted with adjustable desks designed to hold a laptop.

“You’re not going to use these for your marathon training, as it’s only moving at a brisk two miles an hour,” Reynolds jokes. “It’s an option for people who want to clear their mind and enjoy a bit of a scenery change.”

Speaking of better scenery, there was one other structure-related upgrade that Reynolds says was desperately needed: taking down the gaudy yellow aluminum façade and attendant green Sack ‘N Save signage and replacing it with an attractive coat of paint, a simple “UNT” logo and fresh parking right at the front door of the campus.

“We initially located a large banner on the top of the building to let the hundreds of thousands of drivers on nearby Interstate 35E know they were crossing the UNT campus,” Reynolds says with a laugh. “While we worked out final plans, we did not want to allow the building to be a negative distraction to the neighborhood.”

According to Reynolds, everything inside the space, from the furniture to the LED lighting to the ceiling-mounted sound baffles, was bought new. But it’s the cutting-edge tech infrastructure that represents the facility’s most significant long-term investment—and the biggest boon to Senior Vice President for Finance and Administration Bob Brown’s emphasis on staff collaboration and engagement.

Within the training rooms, circular tables outfitted with four small screens allow users to work on projects individually or in tandem, including with remote personnel, while more traditional conferencing capabilities will be available in large and small meeting spaces.

Soon, the UNT team will introduce other exciting features, such as a virtual receptionist for the building.

“Technology has become an increasingly crucial component of the facilities ecosystem, and this space is no exception,” Reynolds says. Without our IT partners on campus, this facility does not truly achieve its potential.”

Indeed, that abiding emphasis on collaboration is about more than just rosy PR. Completed in March, the $12.5 million renovation was made possible by partnerships between Reynolds’ department, the UNT System Facilities construction office, campus IT professionals and myriad customers, led by the VP of Finance and Administration and his Administrative Services department. 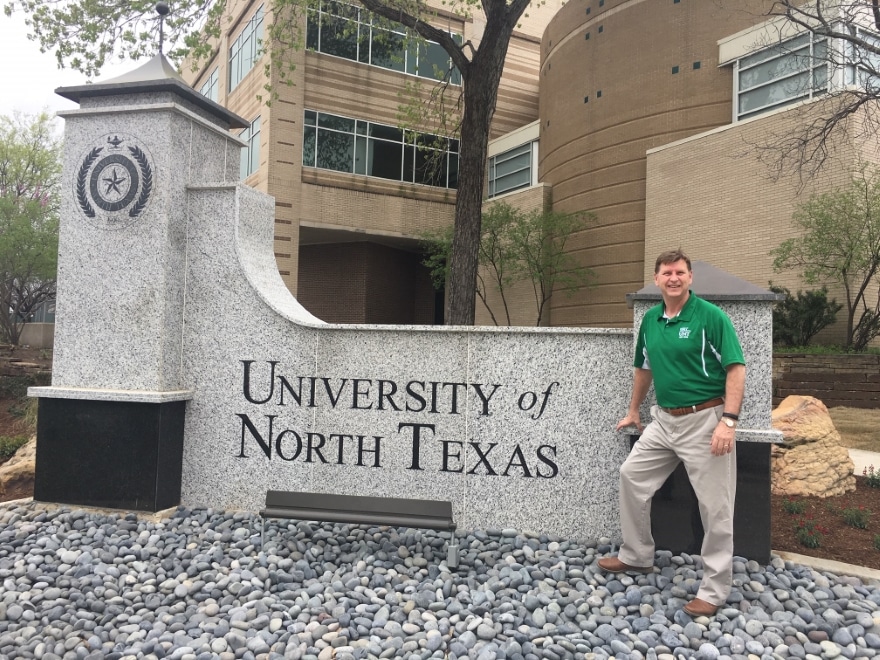 Still, it’s far from the only project on Reynolds’ radar. Heading into 2019, UNT will see smaller renovations (and plenty of them) throughout the UNT campus: installing new HVAC systems in some buildings, updating the code requirements in others, upgrading furniture and finishes in academic classrooms and refreshing residence halls prior to the arrival of next fall’s incoming freshmen.

One massive project looms large as well: providing input on the master plan and design for a new UNT branch campus in nearby Frisco, Texas. The result of a partnership between UNT, the City of Frisco and the Frisco Economic Development Corporation, the new campus will have quite the canvas to work with.

“We have an opportunity to work with hundreds of acres of rolling hills and open fields in one of the most dynamic business environments in the country,” Reynold says. “I’m very excited that our department will have a hand in bringing the branch campus to life.” 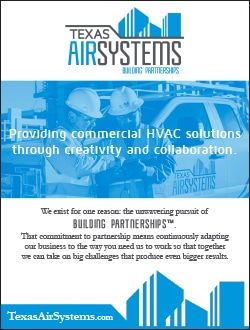