Promoting a pipeline of people in the Empire State

According to David Owen, by 2030 the number of skilled trade employees in upstate New York factories is expected to dwindle—if not disappear completely.

It’s information gleaned by Owen, the director of corporate maintenance and facilities at LiDestri Food and Drink, a contract and private label manufacturer of food and beverages based in Fairport, New York. With time spent in the industry, he’s witnessed the numbers drop, one reason why he’s tackling the issue head-on.

The threat was looming when Owen arrived at LiDestri in 2019. Working with the state’s Department of Labor, he helped develop the New York State Apprenticeship Program last year to build a labor pool prepared to fill the ranks as the current group is ages out. In January, the program welcomed its first five apprentices, offering them an academic curriculum with hands-on training in everything from electromechanical to industrial manufacturing. Not only will the program develop future employees for LiDestri, it can be replicated in other organizations across the state.

“Development of this program is the highlight of my career,” says Owen. “Our entire leadership team welcomed this. It’s good for our community, for the business and for the future of skilled trades.”

Investing in the future

LiDestri recruited Owen as its corporate maintenance manager to solve the recruitment problem—an increasingly difficult one he says as it can take up to 160 days to find a qualified maintenance technician.

Established more than 45 years ago, the high-speed food manufacturer—famed for its spaghetti sauce, dips and salsas—was only getting busier. It needed at least 130 skilled employees to maintain operations. The need was compounded when, in a matter of 10 years, the family-run operation expanded to an organization of more than 1,200 employees with five state-of-the-art Safe Quality Food Institute Level 3-certified manufacturing facilities: three in the Rochester area; one in Fresno, California; and a packaging plant in Pennsauken, New Jersey.

“The company was experiencing growing pains, Owen says. “We had to establish new processes and develop the staff to support them.” 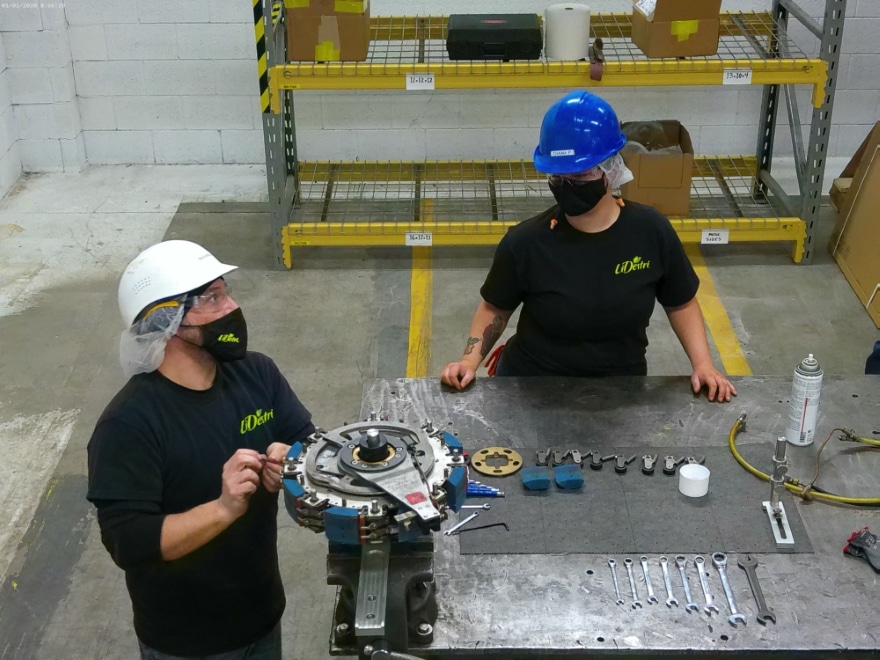 Owen, Vice President of Manufacturing and Engineering Dale Campbell and Director of HR Sarah Miller agreed an apprenticeship program would best support the company’s long-term goals. Shortly thereafter, Owen called the state, presented the idea and got it registered.

“Apprenticeships made the most sense as we wanted to support our workforce from within,” recalls Owen.

Maintenance work in high-speed manufacturing can be a thankless job, Owen says. Often, when things run smoothly, operations are taken for granted.

Owen says the trades provide a viable and rewarding employment option for many non-college bound workers—including members of the military returning to civilian life. With just 130 skilled laborers on staff—whose average age is well above 40—and losing roughly two employees to retirement every year, LiDestri is feeling the pinch.

The need to develop a pipeline of skilled labor over the next five years is crucial, Owen says, because LiDestri employees operate and maintain high-tech production equipment to produce 80 million cases of its product each year.

Safety is crucial, too, as employees often work with high-voltage equipment, pulleys, chains and sprockets. If people don’t know how to run dangerous equipment, the risks—both to people on the floor and at the company—can be considerable.

“This is not a LiDestri issue; it affects everyone,” says Owen. “Manufacturers everywhere face the same challenges.”

Thankfully, the apprenticeship program can help head off danger through education, Owen says.

To that end, LiDestri identified specific skill needs throughout its operations, resulting in the promotion of two electromechanical technicians and three industrial manufacturing technicians in its first class of apprentices. Other industry-specific positions will open based on need.

Owen admits the process can be lengthy. Not only is the training demanding, but it’s also a long-term financial commitment for the company at $190,000 annually to develop the group of five employees.

Once a job is posted internally, employees have a preliminary interview and take an aptitude test. Selected candidates next complete a series of applications with the state and enroll at a community college in courses aligned with their apprenticeship. In LiDestri’s case, it’s Monroe Community College in Rochester. Completing an apprenticeship takes as little as 18 months, or up to four years.

Chosen apprentices work 40 hours each week, attend school and—in LiDestri’s case—spend time in the Rebuild Shop under the guidance of mentors like Dennis Meyer, who knows what’s involved in producing a top maintenance technician. Owen also credits David Keyes, a 27-yearveteran, with managing apprentices and working with the state and the college.

“We want to promote from within, investing in people and rewarding loyalty,” says Owen. “We’re looking for people to stay with us until retirement.”

Bringing this program to fruition is rewarding to Owen, a Rochester native.

He joined LiDestri at the suggestion of Campbell, his former boss and mentor. With 25 years of experience as a facility engineer, facility and maintenance manager and a central technical service manager at Thermo Fisher Scientific, Owen was promoted to his current position at LiDestri after a year. 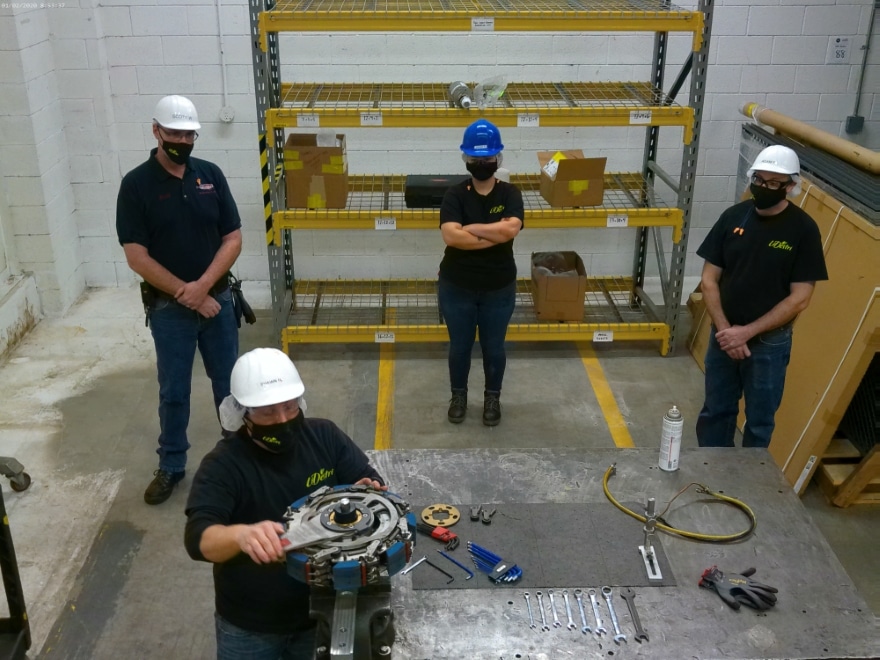 Owen understands the life of an apprentice because he was one himself. Through education and experience, he learned everything from industrial maintenance to corporate facilities management. While he doesn’t carry a wrench these days, he recognizes maintenance people are the life’s blood of the industry and the local economy.

“I would hate to see these skills die,” Owen says. “Skilled trades positively influenced my life and I want to create that option for others. It’s a way to improve the lives of people and make the industry better.”