Walk the floors of the Riverwood 100 building in Atlanta, and you’ll find a fitness center and full-service cafes, a dry cleaner and hair salon, even a car-detailing service. Outside, electric vehicle charging stations pepper the parking lots, while dozens of restaurants and shops lie just beyond the grounds.

These are only some of the amenities of Vinings Campus, the new administrative digs of Delta Community Credit Union. Indeed, with the bank planning five new branches over the next five years, having a state-of-the-art headquarters is paramount. 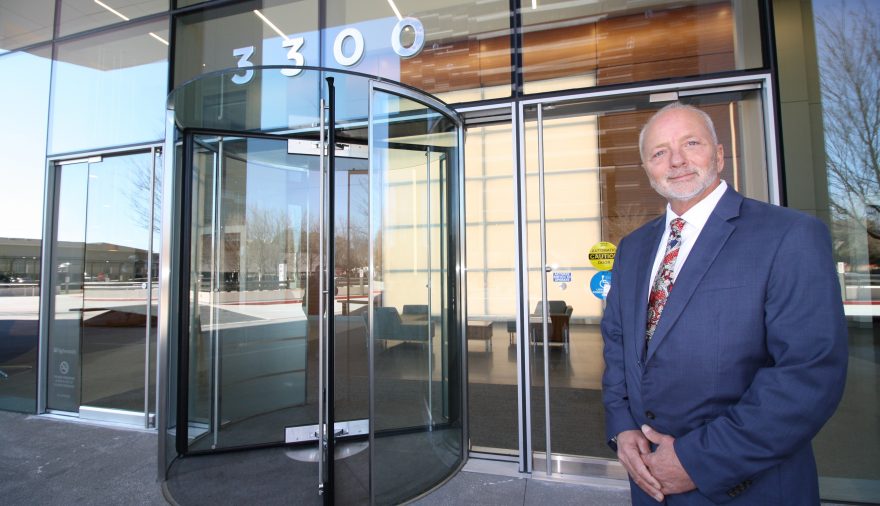 “You feel a sense of rejuvenation walking through the new offices,” Moye says. “And that’s contagious. You have 500 employees under one roof seeing that progress in real time.”

“There’s a higher level of trust that comes with being a credit union,” Moye says. “Our goal is to make our company feel more like a community.”

After six decades of servicing only Delta Air Lines employees, Delta Community was opened to the general public in late 2005. From there, the company embarked on what was an unprecedented period of growth.

With 370,000 members and 24 branches throughout metro Atlanta, Delta Community is, by a considerable margin, the largest credit union in Georgia. Now, it’s up to Moye and his team of 27 to help address that ever-growing customer base.

It starts with the branches themselves, all of which are governed by what Moye calls the company’s three “footprints.”

The first (and most akin to a traditional bank) is called a “standalone,” and typically runs upwards of 7,000 square feet. Here, the defining feature is a series of circular teller stations designed to give the customer a one-on-one experience.

The next, known as a “line branch,” tends to be a bit smaller (between 3,200 and 5,400 square feet). Despite the more compact size, the emphasis on “dialogue branching”—a core tenet of Delta Community’s approach—remains intact. 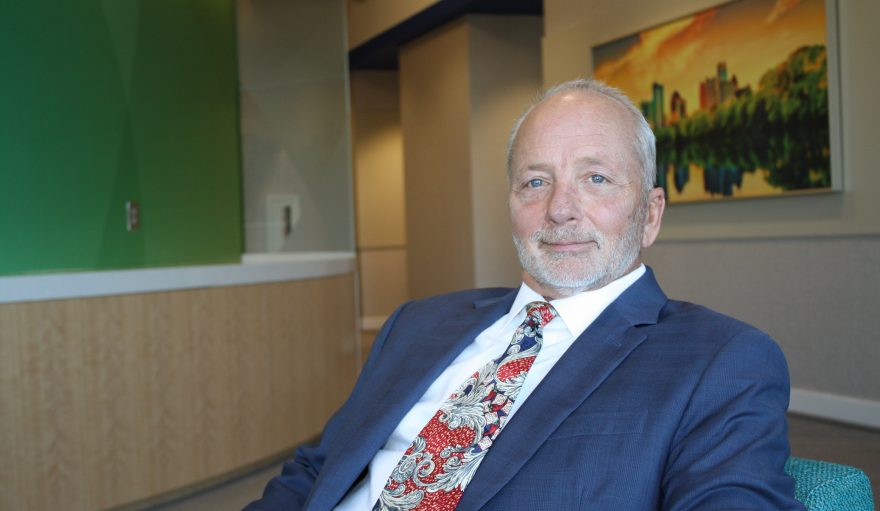 Finally, there’s the “in-store,” typified by its compact size (around 500 square feet) and bank-while-you-shop convenience, with Kroger grocery stores being the most common location.

During a build, Moye will hold weekly meetings with both the architect and general contractor to assess progress and address any lingering issues—though that doesn’t preclude the occasional random phone call when something unforeseen comes up.

“I like to think outside the box,” Moye says. “A lot of times I’ll come up with something they hadn’t thought of, and we address it and move on.”

Despite having to “wear the owner’s hat,” the Atlanta-born Moye prides himself on being able to communicate with contractors, telling the board of directors at his hiring that he would be equally comfortable “jumping into a ditch and plumbing as I am talking to the general contractor.”

In addition to new builds, Moye also oversees Delta Community’s branch renovation efforts. These are typically conducted 10 years after a building’s opening and include everything from replacing carpet and furniture to new paint and wall graphics.

The signs and designs might be largely the same, but each branch has unique features—and challenges. For Moye, Delta Community members aren’t the only customers; he’s also working on behalf of company executives, helping negotiate everything from the price of building materials to lease terms.

“I think of it like eating a sandwich: you have to take one bite at a time,” Moye illustrates. “When you look at big projects in terms of small bites, it’s all manageable, and it eventually gets done.”

Indeed, Moye is used to seeing things built from the ground up. It’s how he fashioned his career—from foreman for the family business to project manager for Delta Air Lines to his current role with Georgia’s largest credit union.

And it’s why the jobsite is still his favorite place to be—most of the time.

“The first five percent and last five percent of a project can be a little difficult,” Moye jokes. “The middle 90 percent, when things are really happening? That I love.”

Beyond stewarding all new builds and remodels, Moye handles many of Delta Community’s internal operations, with his 27 employees answering directly to him.

That includes a full-fledged imaging department, which scans and archives every document the company handles. Meanwhile, the fulfillment center is responsible for corresponding with loan customers—hundreds of thousands of them, in fact.

Still, Moye says nothing beats the satisfaction of a build well done. And as Delta Community continues to broaden its reach, having a hand in that expansion is about more than just the paint and the pipes.

“You’re not just watching a building grow, you’re watching people grow,” Moye says. “It’s about empowering them as best you can, so that you can have that impact on the customer faster.” 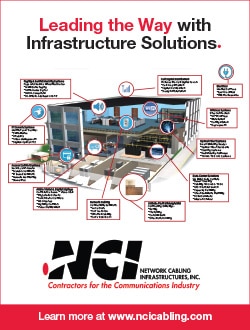