David Miller and his team at Olean General Hospital were more than halfway through renovating a new psychiatric inpatient area when the COVID-19 pandemic forced them to pivot.

Instead of completing the area for its intended purpose, they reverted it to a sub-acute rehab area. While that involved undoing work that had already been done, it freed up space in another part of the hospital for COVID-19 patients. It also let the hospital comply with a New York mandate given in August 2020 that required hospitals to add more beds.

“We needed to shift gears and reconfigure the hospital, which was a great example of the agility we have as a facilities team,” says Miller, the director of facilities services. 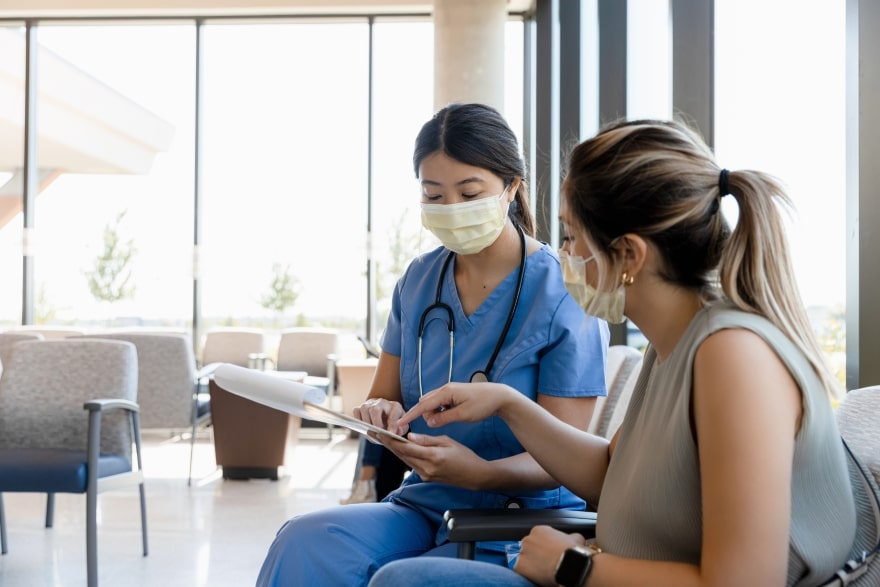 He oversees 16 people at the Olean, New York-based community hospital. Located in the southwestern part of the state, it serves a rural area, providing comprehensive services close to home, Miller says.

He and his team completed the 8,500-square-foot sub-acute rehab area in March 2021. The 16-bed unit is used by patients who no longer need intensive care, but aren’t well enough to be discharged, such as car accident victims.

“It was challenging because we had to work quickly and stay within the budget originally allotted for the psychiatric area,” Miller says. “And it was tough to let go of that project, which we’d made so much progress on, but I’m proud of how my team came together on this.”

The psychiatric inpatient area was going to be for patients 65 years and older and was being created in coordination with local nursing homes. According to Miller, the project is now on indefinite hold.

While the space was originally used as a sub-acute rehab area, turning it back into one came with many challenges. For example, a padded room that had been designed and partially constructed had to be removed. A physical therapy room was put in its place.

Also, furniture specifically designed for psychiatric units, such as safety beds, sinks and toilets, had already been ordered. Miller says they couldn’t be repurposed in the sub-acute rehab area because of how  institutional they look and uncomfortable they feel. However, doors and light fixtures that were already ordered were still used. Miller and his team were able to work with the same architect, Clark Patterson Lee,    despite the change. 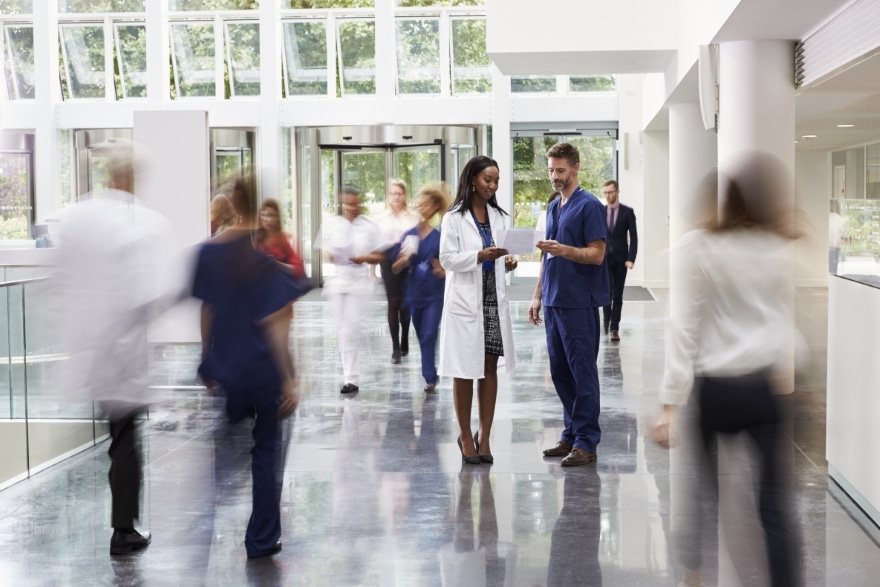 While the change of plans was brought on by a state mandate, Miller and his team needed new permits from the state to do the work. They worked closely with the New York Department of Health to not only quickly acquire the permits, but to get official approval for discontinuing the psychiatric project.

“Doing all of this work within the original budget, a lot of which had already been spent, was a challenge, but we were able to do it,” Miller says.

In early October, Miller and his team began renovating the hospital’s interventional cardiology catheterization lab, which was expected to take five weeks to complete. The lab is used to examine a patient’s heart with diagnostic imaging equipment.

Olean General’s equipment was 15 years old and nearing the end of its life, so  it needed to be replaced, Miller says. The renovations to the lab were being made to accommodate the new equipment, which is larger. For example, Miller and his team planned to add new structural support beams for the equipment. The team also planned to do electrical work, relocate breakers, install new cooling units and duct work, install new flooring and repaint the walls.

In addition to providing better care and service to patients, the new equipment, which was made by Siemens, will benefit doctors, too. The screen that displays what the equipment is scanning so doctors can examine patients will be larger and easier to read, Miller says. It’s 52 inches wide, compared to the old one which was 20 inches. 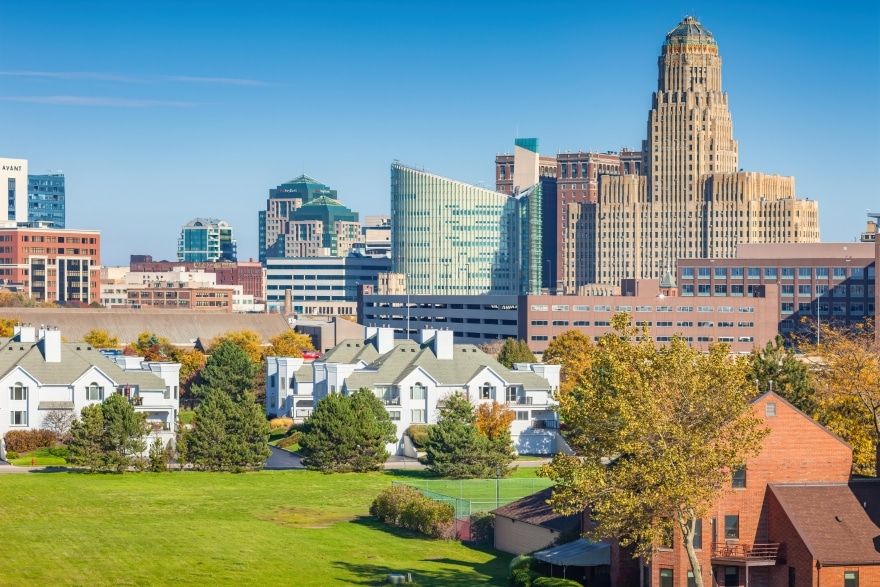 The new equipment is also better at capturing images, he says, and can retain and share images and information.  This allows Olean General to easily send images to other hospitals when patients are transferred.

“It’s critical to have reliable equipment for our patients, and even better if we can get the newest technology,” Miller says. “We always want patients to feel confident in the care they are receiving.”

Working with equipment like this takes Miller back to his early days with the hospital. He started at Olean General in 1994 as a biomedical engineering technician maintaining patient care equipment.

In 2008, he was promoted to the supervisor level and the following year joined the facilities department as assistant director. He says he enjoyed the change and the ability to work on construction projects. One of the first he worked on was the renovation of the hospital’s front entrance, which was completed in 2010. It now looks more modern and welcoming, he says.

The same year, Miller also worked on renovations of the intensive care unit and the obstetrics and gynecology department. In 2012, he worked on constructing a new outpatient surgery center. Miller was promoted to his current role in 2013, which in addition to overseeing daily operations, entails working on capital planning. 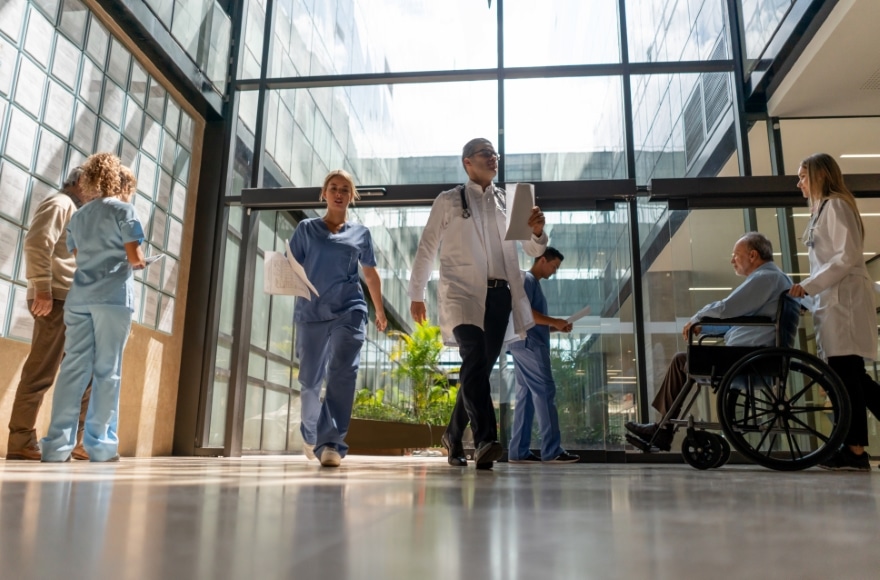 “Every day is a new challenge and there’s something new to learn,” he says. “I’m always learning more about medical equipment and how to provide the best service to patients.”

While the hospital has brought Miller great professional fulfillment, it’s also led to the joy he finds outside of work. He met his wife, who’s a registered nurse, at the hospital; she started one month prior to him and they got married in 1998. They have two adult sons together.

“The hospital is a great environment to work in and I really enjoy the people,” Miller says. “I’m glad to have made my career here.” 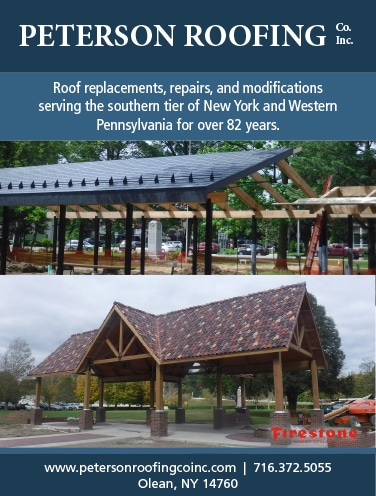