Going to the wall for his clientele

When the nation’s newest casino resort was being built just north of Boston in Everett, Massachusetts, the bosses called upon Miller Paneling Specialties to outfit the interior.

For the Sterling, Virginia-based company that operates in every state could make Encore Boston Harbor endure as well as sparkle. Furthermore it had an operation in the South Shore town of Scituate as well as a clientele that included big-ticket players in Greater Boston’s hospitality, health care and institutional industries. 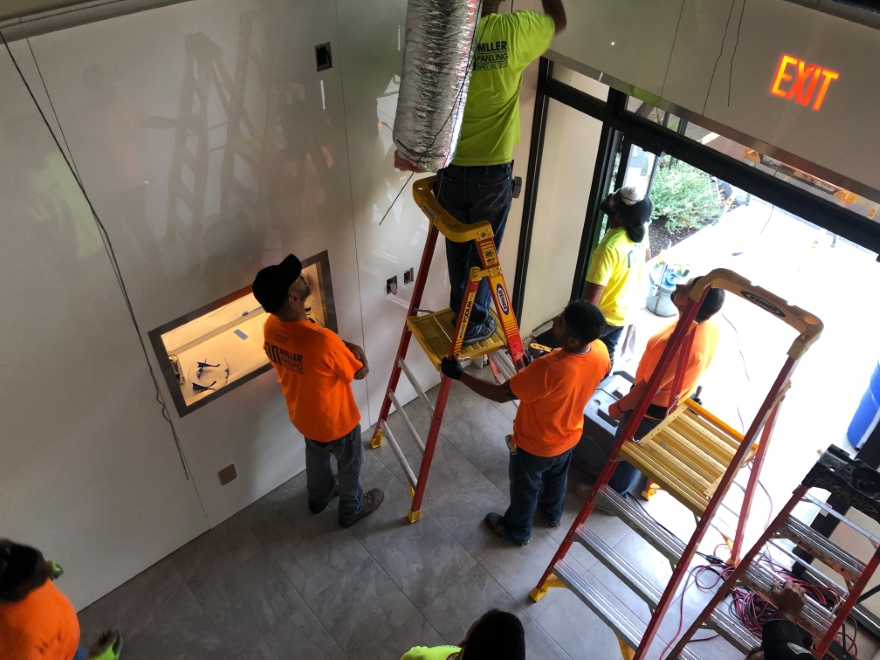 “We have bridged the gap from supplying to installing,” President David Miller tells Blueprint in September, a couple of months after what’s now the world’s largest urban casino opened its doors to guests. “It’s our specialty, our niche. We can make the projects run fast and do them more efficient economically.”

As was the case at the casino, all Miller Paneling Specialties projects will be done by staffers who have graduated from the company’s five-level training program, and each project broken down by level of complexity to ensure accountability across the board.

There was enough complexity at Encore Boston Harbor to keep a Miller Paneling team on premises for a year, at one point 20 employees worked on the sprawling site owned by Wynn Resorts.

Plastic paneling being as durable as it is easy to clean, the material has proven ideal for the resort’s 15 kitchens and bars. Available in a variety of styles—the most popular being either smooth or pebbled—there’s something to suit the unique needs of every business.

For the constant foot traffic, Miller Paneling put the details in place to minimize wear and tear. High-impact wall panels, corner guards, and miles of crash and handrails should render the interior built to last.

Just a couple of communities away, in Cambridge, the same should hold true for the interior that Miller Paneling has just completed at Harvard University’s Science and Engineering Complex.

Scheduled to open in 2020, the science complex is billed to be among the nation’s most cutting-edge teaching and research facilities, with laboratories and classrooms that will be used daily by well over 1,000 students, researchers and faculty members. Outfitting the massive interior called for durable, safe and hygienic materials.

Stainless steel fits many of these needs, Miller says, the alloy’s ability to withstand heat being essential for much of the research being done. Miller Paneling, also noted for high-containment and clean-room expertise, has outfitted the walls with the means to reduce, if not eliminate, airborne contamination resulting from whatever complex endeavors the customer might carry out. 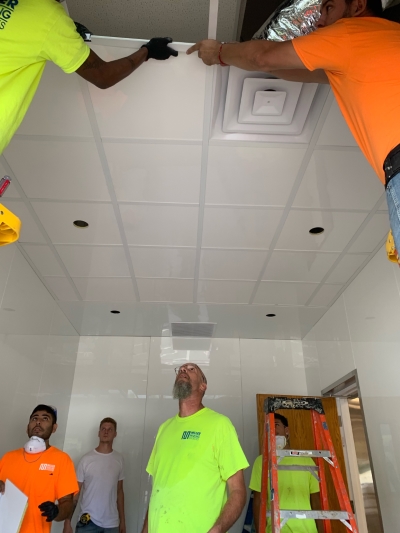 The company undertook this project well prepared for such complexities, the boss assures. Laboratories and hospitals have long made up much of the company’s clientele, with recent projects including the remodeling of a pharmaceutical facility that needed the utmost in hygienic security.

“That was another around-the-clock project,” Miller says. “Each day missed would have cost the client $1 million. We had to undergo a background check, arrange for perfect procurement and have no hiccups along the way. But when we say we’ll get it done, we’ll get it done.”

He’s quick to credit a long-time strategic partner, Arcoplast. The Missouri-based company manufactures many of the products that Miller Paneling supplies and installs and may be the premier industry solution for cost-containment environments. The two companies have collaborated on many projects, including the 2018 completion of the University of Pennsylvania’s Stemmler Hall in Philadelphia.

The second-generation boss of a company founded in 1984 in Southern California, Miller has taken the business to a higher level since coming aboard in 2003, a year before graduating with a degree from Biola University.

A seemingly thriving outfit at the time, Miller Paneling would endure challenging periods brought on by the Great Recession of a decade ago; but that just seemed to make it a more creative operation.

While competitors were going under, Miller Paneling was pursuing restaurant chains, becoming contractor of choice for, among other entities, Texas Road House and Panda Express. Its growing health care and institutional clientele would be a factor in the company expanding to nine offices nationwide, including one in Henderson, Nevada, where current projects include the paneling of Allegiant Stadium.

Ground was broken in September 2017 for what will be the new $2.4 billion domed home of the soon-to-be-former Oakland Raiders next fall. The interior work has intensified only recently. Having acquitted itself well a few years earlier at the San Francisco 49ers’ new stadium in Santa Clara, California, Miller Paneling got called to Las Vegas.

Some kind of project this is proving to be, Miller says, the stadium’s capacity expandable to 72,000 fans and there being a cutting-edge broadcast booth and 128 executive suites in which deep-pocketed fans will expect the best. Then there’s the heat of the Nevada desert.

“This really brings out our expertise in wall paneling,” Miller says. “We’re moving stuff in and out when it’s 114 degrees. But we knew what we were getting ourselves into.”

They’ll consummate this project by following the game plan set down by the first generation at Miller Paneling.

“My father always said: ‘Show up on time, do what you say you’ll do and speak English,’” says the current Miller in charge. “That you can count on us doing.”

And they can stand the heat. 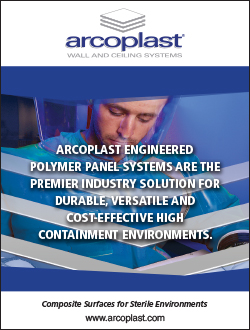