Good grades for an aesthetic and efficient campus

When a person interviews for a job, it is said to take just three seconds for the interviewer to develop an opinion of him or her.

The same pretty much holds true for high school seniors pondering where to continue their education, says the man entrusted with tending to the aesthetics and facilities at Arkansas State University. Only the prospective students may afford the school a little more time to make its case—emphasis on little—and how the dean or recruiter had better be mindful of the competition. 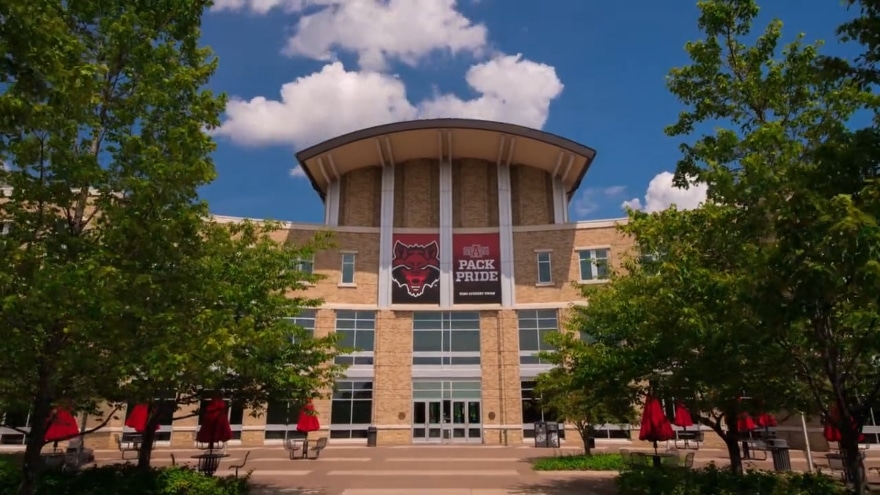 “It’s a national trend—enrollments being down everywhere,” says David Handwork, a 1993 ASU agricultural engineering grad who became assistant vice chancellor of facilities at his alma mater in 2016 following a long stretch in directorial roles. “When kids come to a campus, they know within 15 minutes whether they want to enroll. Well, we want that decision made within the first 15 seconds.”

For Handwork, it’s a year-round mission putting the best face on ASU as well as tending to its infrastructure. When he spoke with Blueprint this summer, Mother Nature wasn’t on his side, never a week passing without significant rain—the annual Arkansas average of 48 inches met in July. His crew still mowing and trimming as the elements allowed, the flagship campus in Jonesboro as well as its satellites looked welcoming enough, the aesthetics enhanced by paved driveways, painted buildings and colorful banners hanging. Recruiting, after all, is a team effort, Handwork reminds, and with the campus looking good, it’ll be up to a recruiter or faculty member to seal the deal.

He knows the score

It is a holistic experience the students deserve, says Handwork who benefited from one here a quarter-century ago. College life, he reminds, should strike a balance among many factors—education, recreation, community, the maturation process and the preparing of a consequential life for a well-rounded student.

Boss of a facilities team that fluctuates between 225 and 230, Handwork ensures that details small and large are duly tended. And among those larger details—the ongoing upgrades to the football program, this being the South where the grid game can be near-religious.

Come Aug. 31 when the Red Wolves host SMU in the season opener, they’ll dash onto Centennial Bank Stadium from a tunnel that connects to a new football operations building which might raise the bar for the Sun Belt Conference.

The Red Wolves hoping to build on last year’s 8-5 mark, they’ll have at their disposal a new 68,000-square-foot building that includes sprawling locker space, therapeutic facilities and meeting rooms for the coaches. It’s the latest upgrade of the football program that commenced in 2014 with the construction of an indoor practice facility that has spared the players from temperature extremes.

The 30,000-seat stadium having been spiced up with premium seating and luxury boxes last year, the fan experience seems well enhanced. Touchdowns and victories will be celebrated by a structure that mimics the waterfalls of the nearby Ozarks. Most of the Red Wolves’ home games at night, the stadium will be illuminated by LED lights, a rarity in college football, but one in keeping with Handwork’s mindset for various sustainable practices that he says saves ASU a few hundred thousand dollars annually.

The rest of the campus didn’t call for many major projects this summer, mostly just maintenance, cleaning and upgrades. Handwork is content to keep most projects in-house, feeling it gives him more control of the operational nature of his responsibilities. 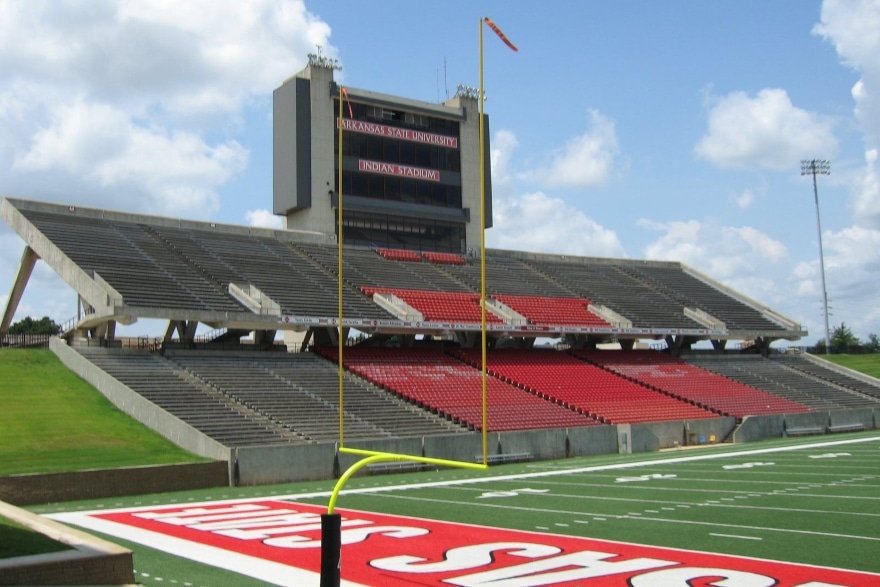 As far as his modus operandi is concerned, he quotes a long-ago engineer named Joe Brickell who told him: “Give the resources for staff to do their job, provide direction and boundaries, remove as many obstacles as possible, provide frequent feedback, and get out of their way.”

He’d also like to make it clear there’s a need for skilled labor, and Handwork would encourage more young people to pursue a trades education.

“Just remember, you’re in the people business,” he says. “We’re in charge of buildings that are occupied by people, animals and plants, and we strive to create an excellent environment for learning, teaching and research. Safety, comfort and a good first impression—those are our goals.”

That good first impression is helped by the natural beauty of ASU’s locale on the periphery of the Mississippi Delta. The backdrop abounds with rolling hills, and trails for biking and hiking ring the campus.

A man of deep faith, Handwork sees those amenities as gifts from above, but knows that more earthly endeavors must always be in the mix. He got such a reminder a few years ago, from his then 14-year-old son, while visiting a large university in a border state.

“Right away he says, ‘I don’t want to go here,’” Handwork says. “It wasn’t a pretty neighborhood, and the road to the school was in disrepair. At 14 he was making a choice for a few years later.”

Handwork had a much better impression when he visited ASU in 1988. A part of the first generation of his family to attend college, he fell in love with the campus but, maybe more importantly, garnered a very necessary scholarship.

Post-graduation, he’d put his engineering skills to use at Riceland Foods Inc. and Camfil Farr, and come back to ASU in 2001 as director of engineering services. He’d enhance his credentials with a master’s in mechanical engineering from the University of Arkansas in 2010.

“I’ve seen a lot of transformation here over the years,” the 49-year-old Handwork says. “But there’s a real sense of connectedness that I’m proud to be part of. ASU occupies a very special place in my heart.”

As it does for Handwork’s son, now 19 years old and about to begin his sophomore year at ASU. Seems a good first appearance meant a lot to the young man—and father indeed knows best. 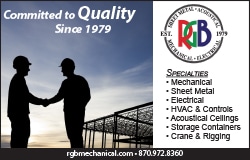 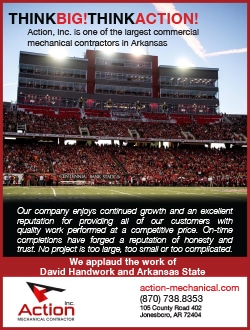 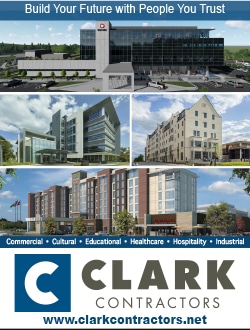 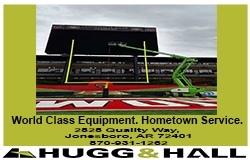