Putting the patient and families first

It’s not just what the doctors ordered, it’s what former patients and their families advised when the University of Vermont Medical Center was about to commence with an ambitious addition six years ago.

For all too often those folks—the real stakeholders in any healthcare project—seem left out of the equation when it comes to layout of facilities. So laments Dave Keelty, the director of facilities planning and development of Vermont’s largest and only teaching hospital. 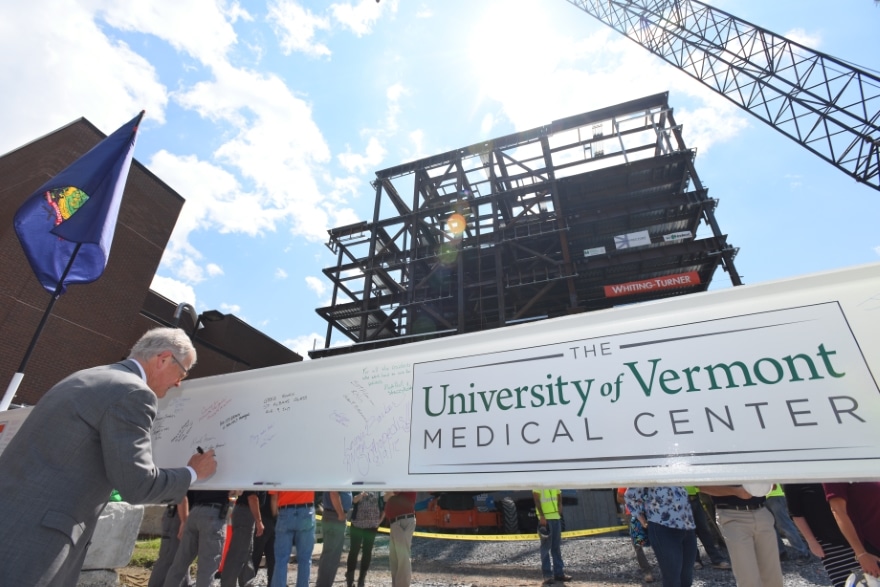 But there’s much to be learned from people who have experienced healthcare from the point of view of a patient or family member, he tells Blueprint in April, and what insight they have provided him over the years. Hence a more patient- and family-friendly hospital in the making in Burlington.

In 2013 Keelty recruited a focus group out of a diverse selection of former patients and their families at the onset of planning and design and construction well before breaking ground for what’s shaping up as the Robert E. and Holly D. Miller Building. Construction has progressed satisfactorily for the seven-story, 200,000 square-foot stone and glass structure that, upon its opening this summer, will usher a new era of healthcare into the Green Mountain State.

“Thirteen individuals, all with different backgrounds,” the friendly but business-like Keelty explains from his office in the state’s largest city. “From millennials to geriatrics to people with disability, we convened them in an architect’s office weekly for several weeks, and ran through a process to tease out what they believed was most important for them as we designed the patient-care environment, and we whittled down the list to focus on the top needs.”

So productive were these conferences that they joined the design team and worked with architects and technical staff in developing functional programs and design documents. Six years later, that baker’s dozen of volunteers has stuck with Keelty and the project and will provide further input in the Miller Building’s opening and operations. 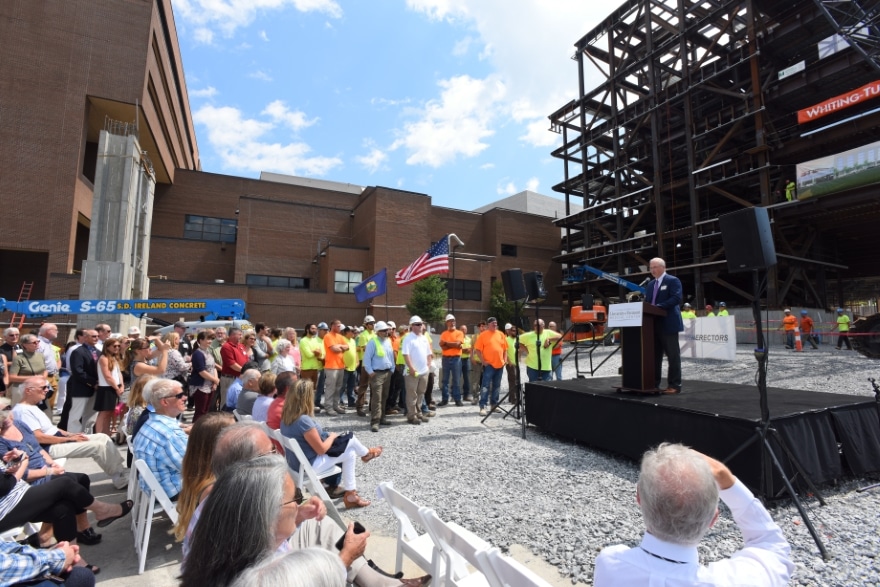 One theme that couldn’t be emphasized enough was the need for private rooms. Though the Green Mountain Care Board, which issues the Certificates of Need necessary for hospital construction and upgrades, is noted for being cost-conscientious, it still supported the case that Keelty and the project team had made for private rooms.

It’s the best environment for a host of crucial factors, Keelty explains. A private room provides adequate space for clinical teams and families as well as ensuring better control of what’s become a major concern of hospitals everywhere—the possible spreading of such life-threatening infections as methicillin-resistant staphylococcus aureaus, or MRSA. Privacy also is the preference of people already enduring the stress of being hospitalized.

Currently 70 percent of UVM Med Center’s rooms are semi-private, with Keelty pointing out that at any given time there may be 40 to 50 such rooms off limits because one of the beds must be taken out of service due to infection control issues. The Miller Building mitigates that situation with its 128 private rooms—that’s 90 percent—and the enhanced family amenities included.

“For too long we couldn’t use all our beds because we managed infections issues so thoroughly and effectively to ensure the best patient care possible in a compromised environment,” Keelty muses. “We lost the ability to host all the patients that needed our care. This takes that monkey off our back, our connecting the dots between single rooms and all the benefits that result.”

Those patients also will benefit from close proximity with their care-givers, the interior layout having three care stations per unit, all outfitted with computers, television monitors, telephones and electronic patient information boards with state-of-the-art bedside controls and call systems On each unit there will be 16 micro-computer stations—one for every two rooms—as well as a Health Information Computer in each patient room. Each room hosts telemetry for comprehensive patient monitoring, and ceiling-mounted patient lifts for caregiver safety.

Patients curious or anxious about their status will literally have that information at their fingertips, thanks to a Rego Patient Device. That’s a bedside tablet offering access to MyChart Bedside, an app which provides patients as well as their families with details about their condition. The device also allows them to summon nurses and control their televisions and overhead lights. 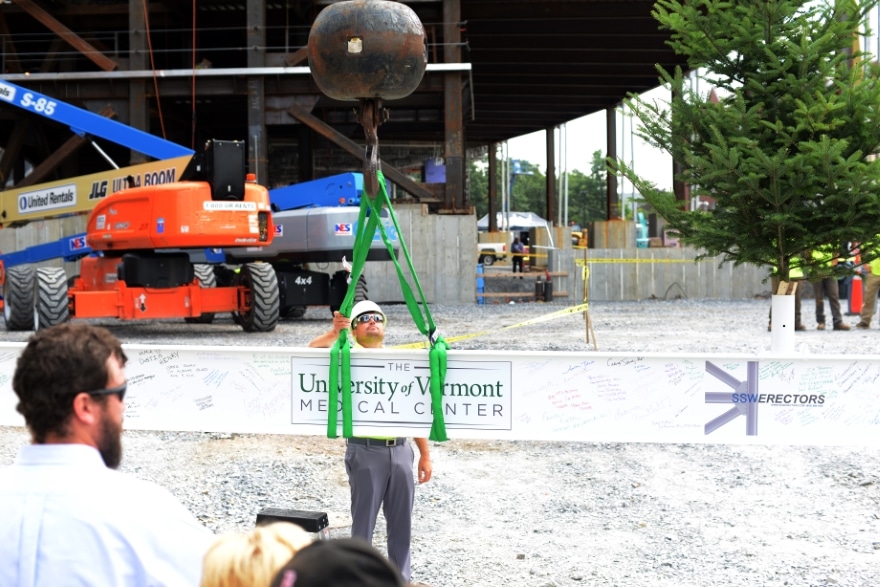 “The ability to provide more clinical services in each room also enhances the ability to train medical students,” Keelty says, noting the necessity of a modern teaching hospital for UVM’s Larner College of Medicine.

It’s also been an economic driver for the state itself, Keelty adds, explaining that extra efforts were made to enlist the services and supplies of Vermont companies.

Meanwhile the mission continues for Keelty, his to-do list including a renovation of the emergency department later this year and the eventual relocation of the neonatal intensive care unit.

It can take some kind of Yankee ingenuity to complete these projects on time and under budget, Keelty says, adding that the Miller Building project acquitted itself on both counts. Though planning had been underway since 2013, construction didn’t begin until late 2016, as the local permitting process itself consumed two years.

Vermont also having five seasons—the so-called mud season follows winter and precedes spring—Mother Nature poses her challenges but hasn’t fazed Keelty’s crew. The foundation was poured in late summer, and the steel soon up, the building was enclosed well before winter’s onset.

Keelty’s long familiar with all kinds of variables. He’s a tradesman at heart as well as a Navy veteran who’s held down this position since 2006 and prior to then did yeoman’s work at the UVM Med Center’s predecessor, Fletcher Allen Health Care.

Early in his tenure he brought a complicated ambulatory care center project to completion and in the ensuing years managed construction of a new radiation oncology center, the Mother Baby Unit and a dining facility among other accomplishments.

The glimmering Miller Building is a satisfying addition to that list, but as he’ll remind, it wouldn’t shine so bright without community input.  Community input that he and his team sought. 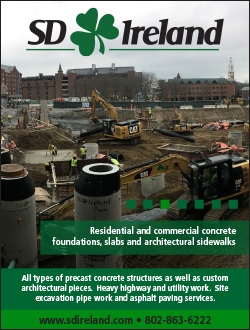 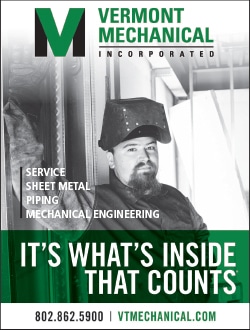 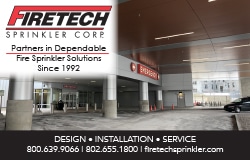 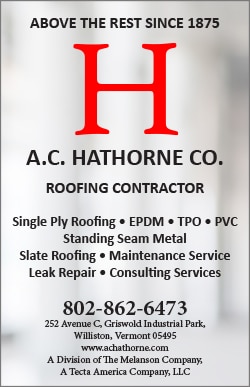 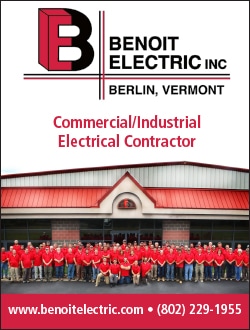