When throngs of Texans show up at the local high school football field on hot summer evenings, few think about who rigged up the bright “Friday night lights” that shine down on the players as they dart toward the end zones.

If that particular stadium is situated in the rapidly expanding city of San Antonio, the work may have been completed by the contractors of Dausin Electric Company, who spend their hours installing and repairing electrical systems for local schools, hospitals and large commercial warehouses, as well as facilities owned by familiar names like Sysco, H-E-B Grocery, Wal-Mart, UPS and Amazon.

Such work may be essential to improving any community, never mind one that Forbes ranks numero nueve among America’s fastest growing locales.

That’s why a large portion of the work Dausin Electric puts into the city of nearly 1.5 million people takes place off the clock, when the hard hats have already been hung up.

Just talk to Kyle Dausin, Ronnie’s son, and the next in line to the company throne when dad eventually retires. He’ll rattle off a seemingly endless number of organizations to which he and the rest of Dausin Electric lend their time, including the local 4-H, the San Antonio Stock Show & Rodeo, the Associated Builders and Contractors’ Young Professionals Program, students at the University of Texas San Antonio, and the San Antonio Executives Association.

“You name it, we’re involved in it,” says the young project manager with a thick southern drawl.

This spirit of giving began soon after Ronnie established the company in 1984, and also extends to Dausin Electric’s employees.

“We have monthly safety meetings where we get everyone to come into our shop, we barbecue and we treat it as a family gathering,” Kyle says, also noting that the company hired a CSHO and OTI-certified instructor to run those meetings and educate every new employee on the importance of safety. “From way up on top of the totem pole to all the way down, we’re a team and we all have the same goals.”

And Kyle doesn’t just feel these family vibes because his father, mother and two uncles have all been involved in helping out the business at various times in the past and present—he insists the camaraderie is natural and genuine.

“It’s not just a working relationship,” says Shea Shiley, Dausin Electric’s head of business development, in agreement—pointing out that employees also enjoy participating in fishing trips, duck hunting and charity golf events together. “We’re not tired of each other after the eight hours at work.”

Dausin’s 65-strong workforce is made up of master electricians, journeymen and apprentices both young and old, Shiley says, noting that there’s reasoning behind this. The younger employees understand the latest techniques and technologies, while the older generations lend experience and mentoring capabilities.

Employees who work hard have plenty of opportunities to rise through the ranks. One current chief estimator actually started at Dausin Electric 17 years ago as an apprentice. Another was hired as a superintendent, but quickly became a project manager. 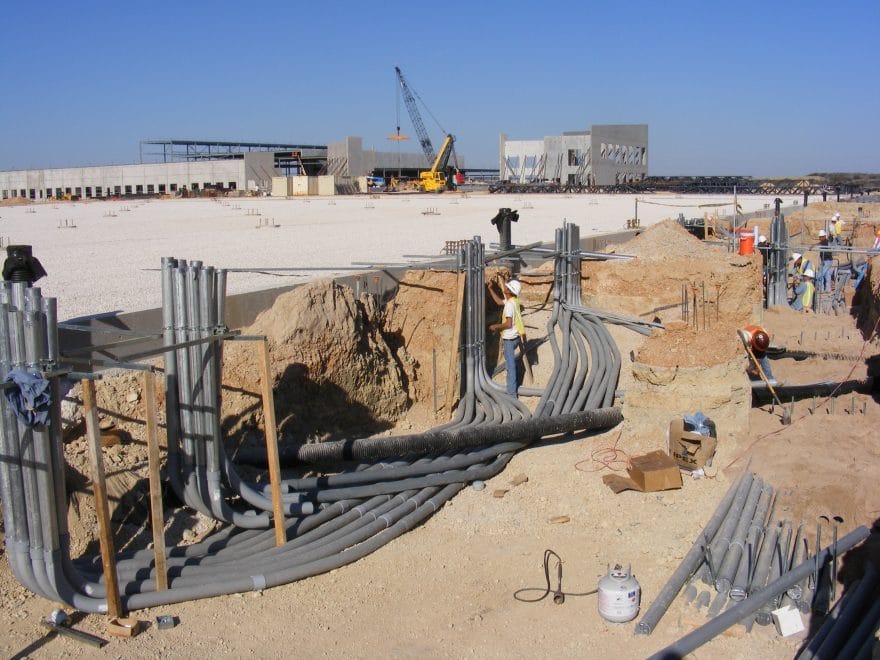 “We train our guys not just for today, but for the future,” Shiley says, even if that future doesn’t involve Dausin Electric.

In the last year alone, three workers have obtained their master’s license, which means they can go out and start a company themselves. A few have opted to do so, and Ronnie even helped some of them set up their businesses. But all told, it’s not common for employees to leave, the average tenure being 15 years.

“We’ve got older guys who have actually run their own companies before, sold them off, and now just come and work for Ronnie because they still like us and the work,” Shiley says.

Kyle recalls recently being on a return flight to San Antonio and feeling a surge of pride as he gazed out the airplane window and picked out many of the buildings his company made possible that peppered the landscape.

Adds Shiley: “I get to see our project managers bust their butts for eight months. And from the journeymen electricians all the way down to the apprentices, I know how much they worked, what the hours were and what it took for them to make it happen.”

The finished products aren’t just a source of pride, they are also a source of advertising, as Dausin Electric relies on word of mouth and building a rapport in order to generate business.

“Down here in South Texas, it’s more about the relationships than the actual projects,” Shiley says. “We don’t go out chasing particular projects so much as we go out and we forge the relationships with the general contractors and progress from there.” 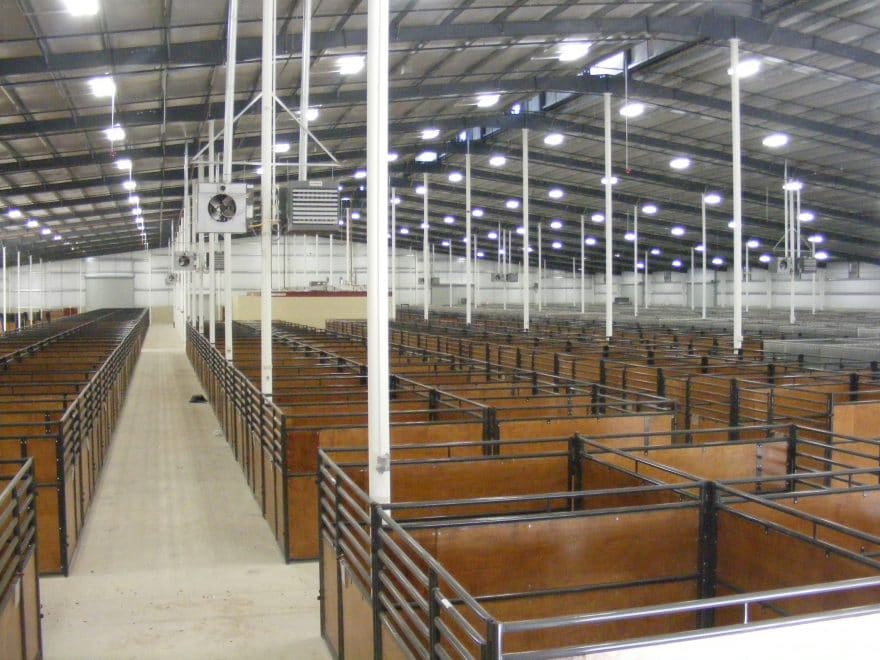 Some of the work is so impressive that even the owners and executives end up awestruck.

“I have to stop and take pictures sometimes because the pipework runs our electricians are laying down are pieces of art,” Shiley says.

A friend in need

Dausin Electric is especially committed to helping customers in the direst of situations, which is why the company accepts and addresses emergency calls 24/7.

“It could be 3:00 in the morning—we’re going to be heading out there to take care of their needs,” Kyle says.

Recently, Dausin worked on a job down in Pearsall, Texas, a city of 9,000 that’s located just south of San Antonio, and is the hometown of country music legend George Strait. Pearsall’s community wastewater treatment center started experiencing problems, and Dausin’s workers arrived, hooked up generators and made sure the critical facility had enough power to continue operating.

And Dausin Electric says it won’t stop until both the customers and the electricians are satisfied.

“If we see something on the job that we don’t like, or it doesn’t look aesthetically pleasing, we’ll tear it down and fix it so it’s up to our standards,” Kyle says.

“You don’t just want happy, you want ecstatic,” Shiley quickly adds in agreement. “You want somebody that’s going to go tell their friends and neighbors how much you did to help and how impressive you are.” 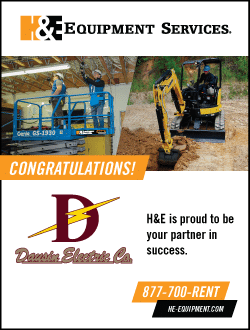