Usually when a school gets new lockers, it’s not that exciting. Students at Fort Wayne Community Schools, however, are ecstatic about theirs.

That’s because they’re involved in the locker renovations, along with a host of other school upgrades, from design to completion. Darren Hess, director of facilities for the Indiana school district, and his team are leading them through the process, which has included giving students a history of lockers and trends. 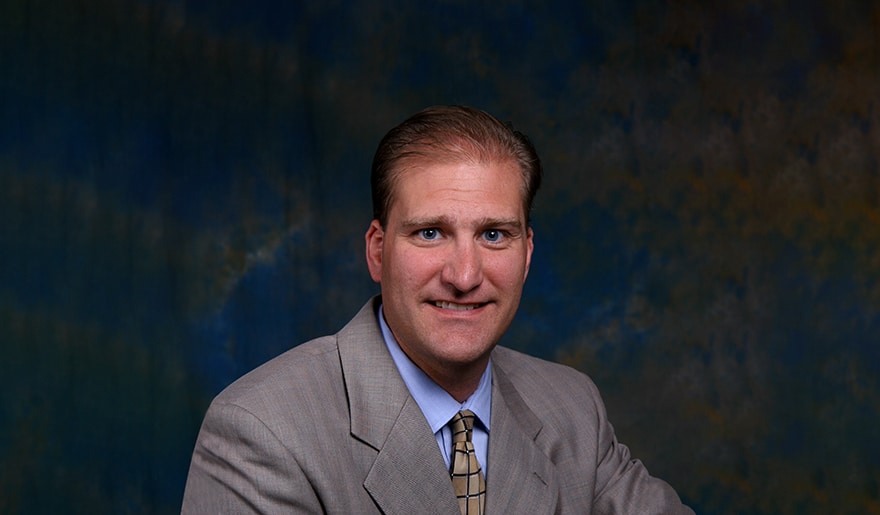 The renovations are being incorporated into the curriculum, as Hess works with math and science teachers to explain the geometry and physics underlying construction.

“They’re much more engaged because they understand why they’re learning something,” he says. “They see the real world example.”

Fort Wayne Community Schools serves nearly 30,000 students across 50 schools, many of which were built as neighborhood schools with subdivisions designed around them. Some of the schools were built in the 19th century, while others are art deco style, giving Hess an interesting inventory to work with.

The school district prefers to maintain its original structures instead of tearing them down and replacing them. In 2012, it started a three-phase Renewal of Educational Properties with Appropriate Investment and Repair, or REPAIR, program that is set to conclude in 2028. Hess, who’s been with the district for 20 years and in his current position for nine, is involved in every project through the program.

“Through the REPAIR program we’re doing some type of repair on every single facility,” he says. “We’re able to positively impact every school.”

Phase one, during which 10 buildings were renovated, was made possible through a $119 million bond approved by the community. Repairs ranged from air conditioning installations to roof replacements. District leaders considered completely replacing one high school with a new building, but Hess showed them how he could renovate it instead and use the savings to also renovate three elementary schools.

In recent years, the community has endorsed two other bonds for more renovations, as well as building additions, for phases two and three of the REPAIR program. The two subsequent bonds, each for $130 million, were approved in 2016 and 2020 respectively. The 2016 bond was used to renovate 10 schools by replacing mechanical, electrical and plumbing systems, installing new windows and improving building security. 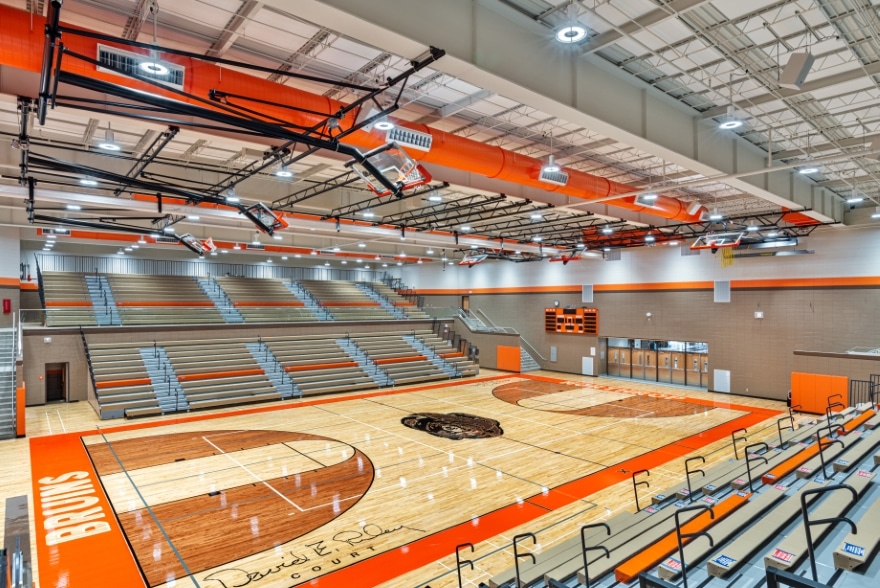 The 2020 bond is being used to renovate four more schools, replacing more roofs and upgrading elevators to be compliant with new standards under the Americans with Disabilities Act. The district has also had a population increase over the past few years and some schools have been using modular classrooms, which will be removed. Those schools will be getting additions instead, and an elementary school—Scott Academy—will more than double in size.

Although the latest bond project has coincided with the COVID-19 pandemic, Hess says renovations have been ahead of schedule.

The pandemic forced Fort Wayne Community Schools to close for the last three months of the school year when the pandemic hit in March 2020. As of this March, students are now back on a hybrid basis where they learn remotely some days and in person others. The buildings being empty helped renovations move along more quickly, though.

“We’ve actually been a phase or two ahead because we’ve had more time to work,” Hess says.

The biggest challenge has been competing with other districts and companies to schedule construction work. Hess says Fort Wayne has been “booming with new construction,” making it harder to find local companies and available tradespeople to work with.

Now that students and teachers are back at school, Hess has implemented new cleaning protocols that require custodial staff to clean more often. He’s done trainings across the district to review “high touch points,” like doorknobs, with custodians to make sure they’re being cleaned thoroughly. He’s also switched to a new cleaner that kills viruses in less than one minute. 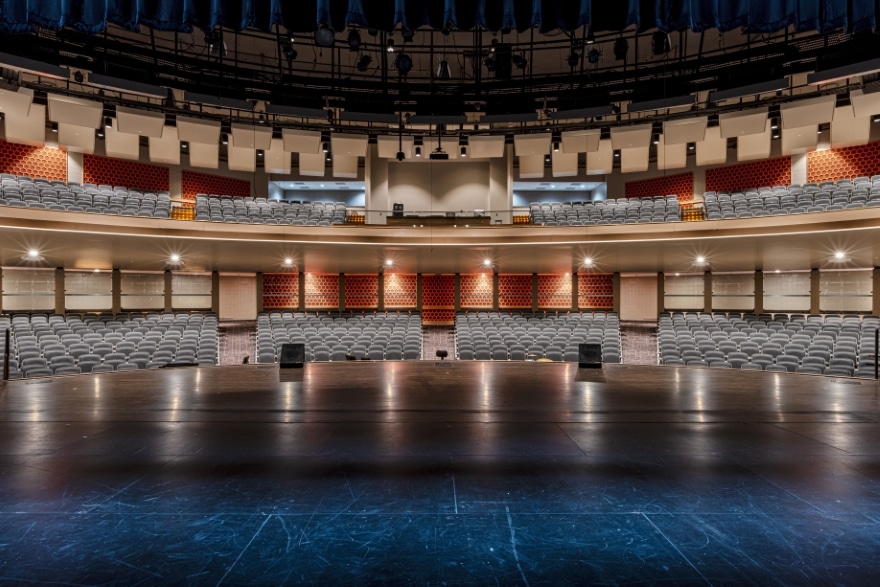 “I’ve learned more about disinfectant and sanitizers and personal protective equipment than I ever expected to,” he says.

Hess says he’s been grateful for his staff and is glad to have a team of four dedicated to the bond projects, which have stayed on track during the pandemic. The team includes a program coordinator who manages the budget and schedule, and three capital coordinators who are in the buildings overseeing construction.

The bond team has also helped Hess with his learning initiative, so students can learn not only about locker replacements, but all of the work being done at their school.

In conjunction with teachers, Hess explains the reasoning behind the renovations and what problems they’re looking to solve. The students work in groups to come up with solutions, and often get to learn outside or in a lab. 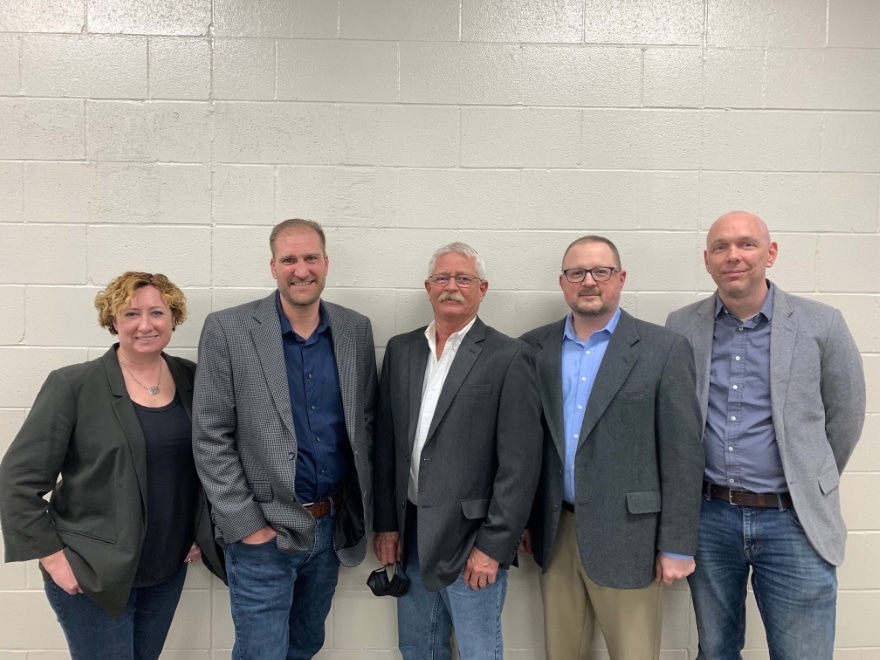 The pandemic has made some deep learning opportunities less feasible than others because “not everything translates on Zoom,” Hess says. Overall, kids have adapted, though, and it continues to be one of Hess’s favorite things about his job.

He wants kids to know what career options are available to them, especially since Indiana is now requiring students to gain work experience in a field that interests them before they can graduate. Through the deep learning initiative, Hess has started working with students interested in going into the construction trade.

“It’s exciting because a lot of kids who go down that pathway didn’t know what options were available to them,” he says. “Not all kids want to go to college.”

Career exploration starts in eighth grade at Fort Wayne Community Schools, which Hess appreciates since he himself knew he wanted to work in construction from a young age. He didn’t know what career paths were open to him, though, so he went to school to be a surveyor. In one word, “boring,” he says.

Now he’s found his place, though, and is helping others do the same. 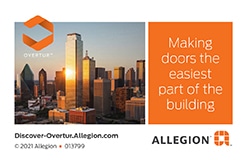 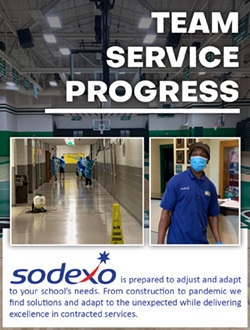