He might be part of a disappearing breed, though one might wonder why. After all, there’s something to be said for on-the-job learning, which is how Daniel Switzer came to be director of facilities at Wagner College in 2018 after 20 years in related roles.

He also may have been born for the position.

“I am a third-generation carpenter,” the affable Switzer told Blueprint this past fall while overseeing ground-ups and upgrades at the private liberal arts college atop Grymes Hill, on New York City’s Staten Island. “It doesn’t always take a degree in facilities management to do this work, as long as you’re self-motivated and can figure out the physical aspects. For me, the hardest part might be the economics.” 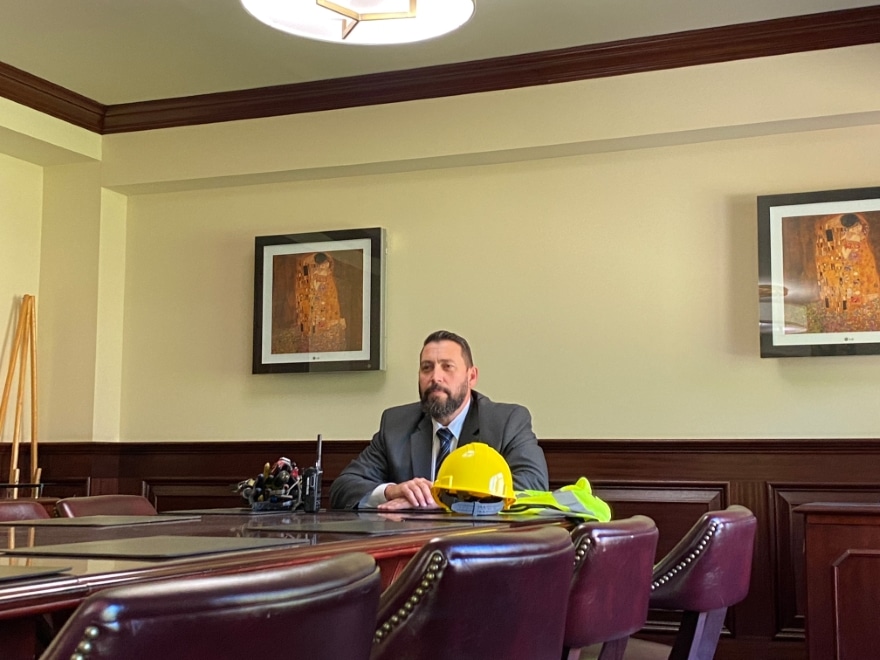 Still, he certainly seems to grasp the bottom line, having shepherded many a project to completion on time—and budget. Health sciences is among the college’s most popular curriculums and for the past year students have been honing their skills in a new physician’s assistant simulation laboratory. Switzer and his department fashioned it out of an early childhood and learning center that was seeing little use during the COVID-19 pandemic.

As Switzer explains, the overhaul was complete in just five months—it began in the spring of 2021 and was finished the following fall. Approximately 2,500 square feet of underutilized space was gutted and converted into what resembles a clinical setting with mock operating and emergency rooms, doctor’s offices and nursing stations.

“I haven’t heard any complaints,” he says. “I haven’t been asked to move anything and assume all went well.”

He expects the same results from other projects underway.

Its modest enrollment notwithstanding, Wagner College’s teams compete at the NCAA Division 1 level and around a third of its 1,900 students play a sport. As such, the athletic facilities must be up to par. By year’s end, Switzer hopes to wrap up a 17,000-square-foot varsity locker room and training facility.

“Our athletic programs continue to grow and we must provide adequate space for our student-athletes, coaches and staff,” he says. “It’s also necessary as a recruiting tool.”

While the project commenced in January, pushing it across the goal line has required much grit and teamwork; the college switched design teams in the planning stages, and issues involving stormwater management caused a six-month delay. Then there were the supply-chain disruptions and budgetary constraints.

But once the contractor was able to break ground, Switzer and his team made up for much lost time. As of early October, around 30 percent of the framing was in place and Switzer was optimistic about wrapping up the project in December.

“Having a good team behind us and using local architects that know how to maneuver was a real help for us,” he says. 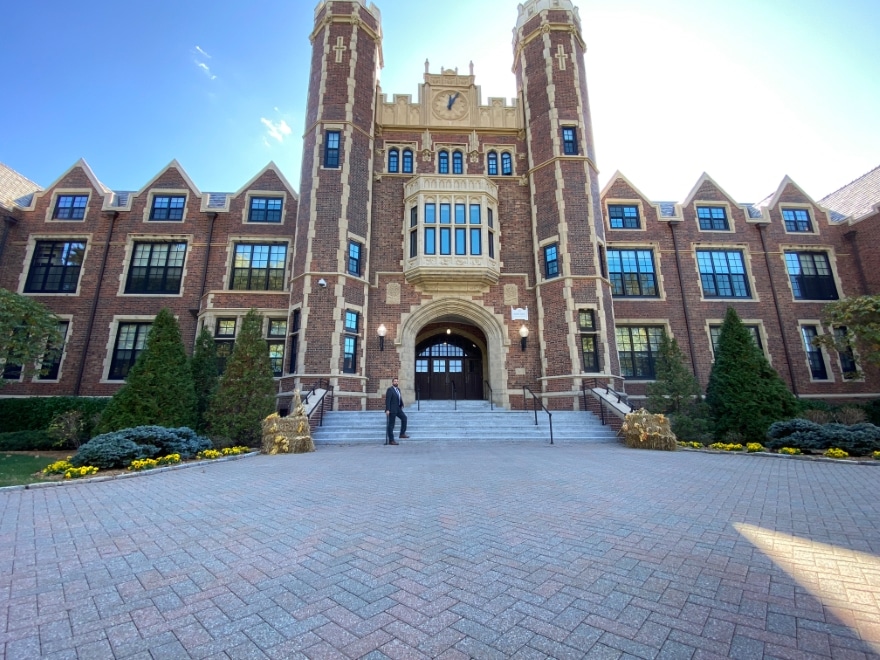 A good team will be necessary for another capital-intense project: the $30 million renovation of the freshmen residence hall. It’s a 14-story building with 385 rooms and, among other changes, needs to comply with the Americans with Disabilities Act.

The original structure was built during the 1970s with communal bathrooms and other features that now seem outdated. Among other amenities, the blueprint calls for more private restrooms, along with updated lounging and study areas and energy-saving appliances. Switzer says they’re just finishing the design phase, have all partners in place and first on the agenda will be the cooling plant. He anticipates commencing with interior work by May and completing the project by the start of the 2024 academic year.

“One of our main drivers for all of our project is to spur enrollment, from residential to academic, and maintain retention,” Switzer says. “We want to set ourselves apart with colleges in our wheelhouse in terms of size, academics and athletics.”

There was a time when Switzer would be wearing a hard hat and getting his hands dirty, but that’s a rare occurrence nowadays. Should there be an early morning blizzard, he might well be among those clearing snow; the college intent on avoiding delayed openings, everyone’s welcome to pick up a shovel.

Most days, however, he can be found in his office, overseeing everything from maintenance and custodial to grounds, engineering and, of course, construction and renovation. While talking with Blueprint via Microsoft Teams, he chuckles when told his necktie makes him look like some kind of assistant or associate dean.

“I’ve gone from the boiler room to the boardroom,” he says. “That used to be the mentality in facilities—take someone who knows the systems intimately and promote. But that went away during the mid-1980s and ‘90s.”

For Switzer, that ascent required equal parts skill and fortuitous timing. But he’s paid his dues since arriving at Wagner College as a residential framer and master carpenter turned maintenance mechanic in 1998 and acquitting himself in every assignment. Having that carpentry heritage was priceless, he says, but the same could be said for his ambition. 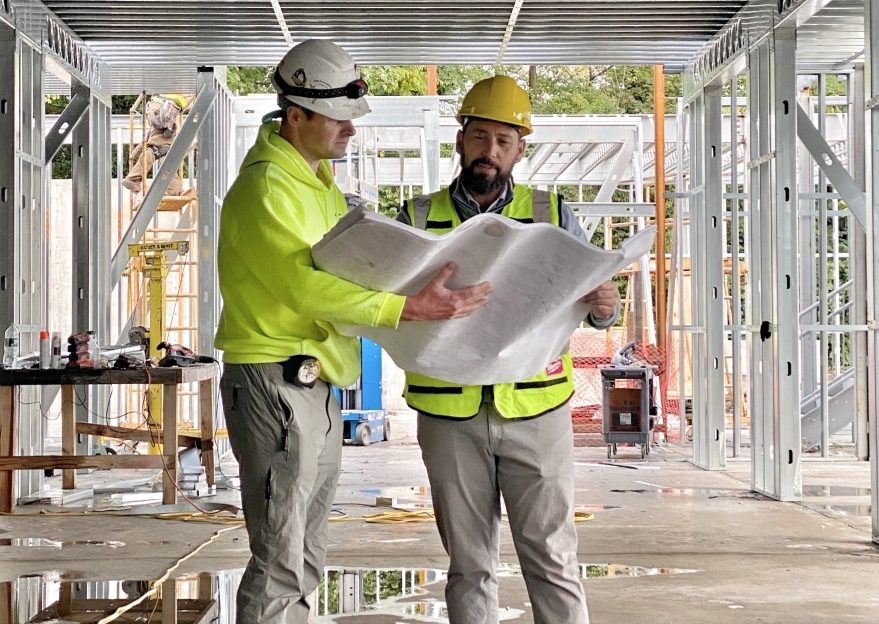 “I couldn’t soak up enough knowledge,” Switzer says. “I’ve always been very hands-on and eager to learn all the trades—electricity, plumbing, HVAC, etc.”

Given the increased demand for facilities expertise, he encourages others to consider a career in the field. While he has a capable team of 53 union tradespeople, Switzer says there’s a growing shortage of young people adept at working with their hands and thinking critically. He’s gone a long way with those skills and while he lacks a college degree, he’s got a wall of professional certifications as well as a reputation for getting projects done on time and under budget.

A college campus is essentially like a small city, he says. As such, the to-do list is never done. Many of the older buildings are due for repairs and revitalization.

“I want to leave this campus in a better place than when I started,” Switzer says.

But even after nearly a quarter-century at Wagner College, he’s not thinking of leaving anytime soon. There’s something about campus life that keeps even a 47-year-old like Switzer young at heart. Personal life also is good in South Jersey where Switzer, his wife and their two sons enjoy outdoor adventures with their new travel trailer. Hunting season in progress, he expects to bag a buck some fall weekend.

And be back in his office on Monday.

“Our facilities must be on the same level as the academics we provide to our students,” he says. 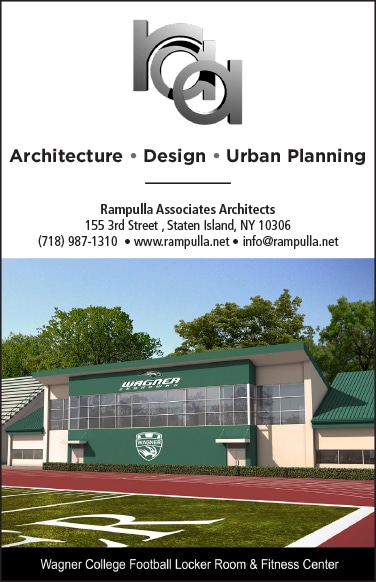 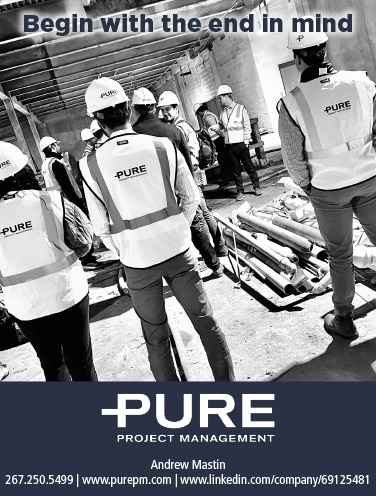 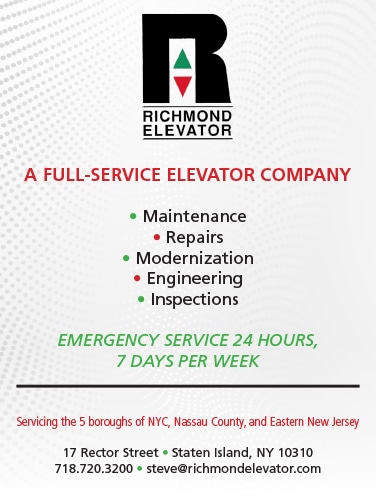 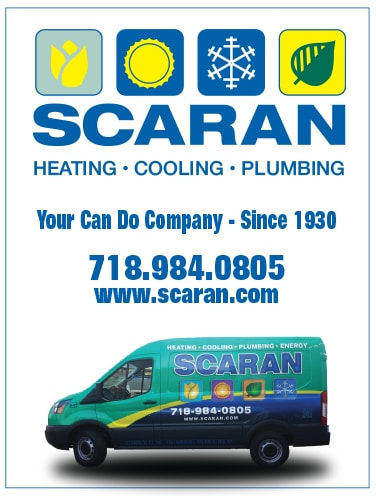