Greening the campus in Portland, Oregon

A $100 million construction project is hard enough for any one builder, even with the best of plans.

Now try it with four vested stakeholders in the project, three of them viewing it as crucial to the future of the educational opportunities they offer. Such is the case in Portland, Oregon, with 4th & Montgomery, a seven-story, $100 million project brought together by Portland State University, Oregon Health Sciences University, Portland Community College and the city of Portland. 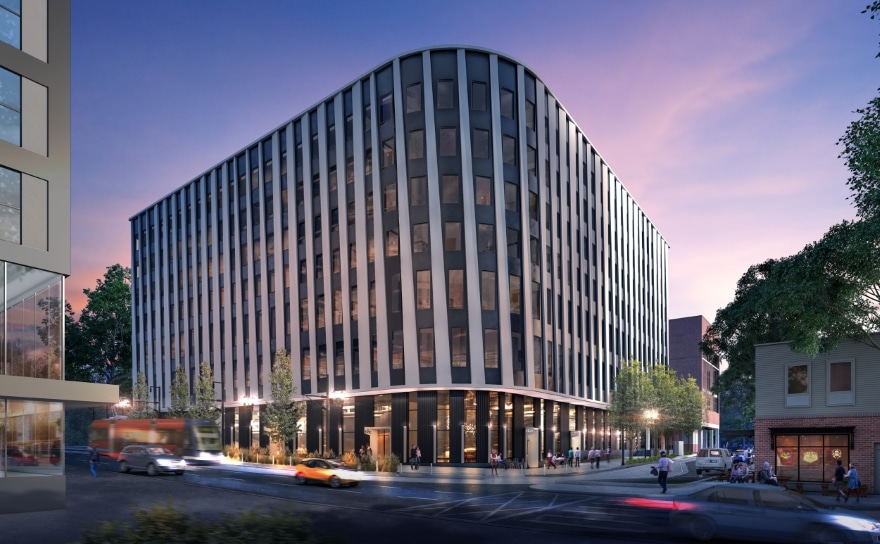 Because the facility will be used by three institutions of higher education, it links the schools inexorably, making it easier for faculty and students to collaborate, as well as giving students a more continuous passage from community college to undergraduate and graduate programs.

Pulling it all together was no sure thing, though, says Dan Zalkow, the PSU associate vice president for planning, construction and real estate.

“During the period when we were working on the development agreement, there were times when I thought we were not going to succeed, that one or more of the organizations was reconsidering going forward,” he concedes.

As much as 4th & Montgomery focuses on student success and the collaborations between the stakeholding schools and the city, it also focuses on sustainability. Zalkow did not plan this alone, he says, noting PSU already has a campus sustainability director involved in any and all planning and construction projects, and the building is a model of green, development for what it has, and what it lacks.

For starters, it lacks parking, something Zalkow says was agreed upon early in the process. 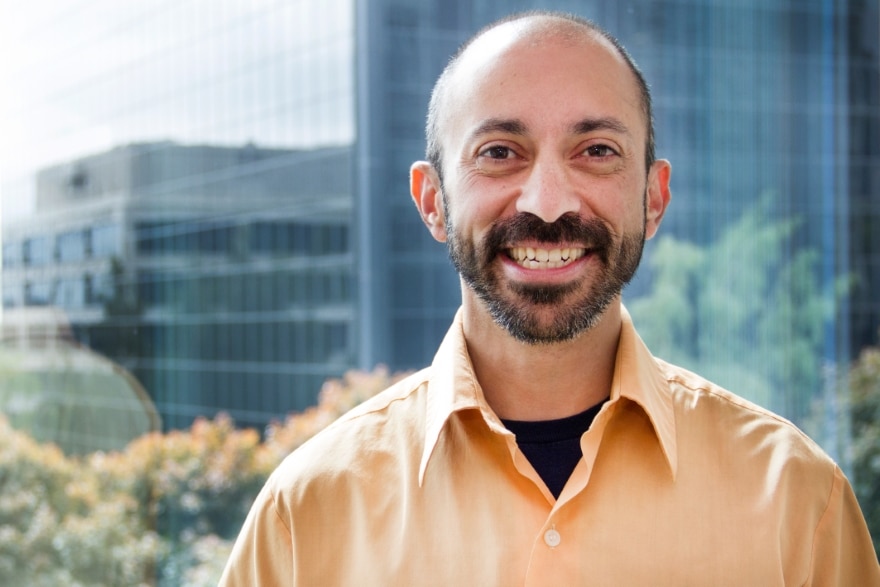 “What is key to this site is that it is surrounded on three sides by rail, streetcar and light rail lines, and is on a transit mall with a dozen bus routes passing by,” he explains. “We expect a high majority of students and employees coming to campus by modes other than driving.”

The building will also strike gold—LEED Gold that is, for the sustainable methods by which it draws energy and captures stormwater.

“There is a green roof that will span almost the entire building, where we also have solar panels,” Zalkow says. “We even have green roofing material under the solar panels.”

Green roofing can be achieved in multiple ways; one objective being to absorb rainwater, which then reduces stormwater flow into municipal drains.

Getting heard, getting done

Zalkow has helped guide new construction and renovations before, but at 4th & Montgomery, there were a lot more seats at the design table.

“We had to make sure leaders of all organizations conveyed to their team the importance of the project and making decisions quickly,” he says. “My colleagues and I knew it was the right thing to do for financial reasons and the lasting positive relationships between these organizations.”

Zalkow’s work began early in the process, he says.

“Even before planning, we were working hard to get commitments from partners, and needed a lot of help from our financial and legal teams,” he says.

The agreements and ability to make decisions quickly despite the breadth of parties involved was crucial, Zalkow says, because the mutual commitment boosted the funding from the state for PSU’s space to $45 million.

The city, which owned the land and leased it as a parking lot, will own one floor in the building. Its Bureau of Planning and Sustainability will be on the top floor. The remaining floors are split between the schools, including the PSU College of Education, PCC’s dental programs, and the OHSU and PSU School of Public Health.

“What is really innovative is bringing four organizations together to co-own and make decisions in a collaborative way where all major decisions require agreement among all parties,” Zalkow says.

The planning took five years of an eight-year timeframe the city of Portland set for the use of its land.

“We struggled during programming and early design to make decisions quickly,” Zalkow says. “It did result in some delays in starting construction, but just by a few months.”

Take the renovation at the former Neuberger Hall, now named Fariborz Maseeh Hall, which was completed in August 2019. For this project, the team added significant amounts of daylight by removing the roof from the center of the building and reframing interior walls to let the sun shine into new classrooms, offices and meeting areas for students and employees. The large light well extends down to the basement where the building’s largest student lounge is located.

Accessibility was a key component of the Neuberger project. Elevators were shifted in order to provide access to all spaces, and all entrances were made fully accessible. Zalkow says the PSU team set their sights well above what was required.

“We look to go well beyond the Americans with Disabilities Act requirements and look for any opportunity to make the building inclusive to all users,” he says.

At the same time, 4th & Montgomery is not the only joint project PSU has partnered on. Several years ago, the school, OHSU and Oregon State University built the Robertson Life Sciences Building in Portland.

Zalkow says JE Dunn was the general contractor for the 650,000-square-foot state-of-the-art research center, dealing with the same kinds of challenges contractors face at 4th & Montgomery.

“JE Dunn did a remarkable job balancing the varied interests of the three owners and the design team to ensure the beautiful building was built within budget and on schedule,” Zalkow says.

An avid hiker of national parks who also enjoys reading historical nonfiction, Zalkow’s familiarity with the Portland State campus goes back nearly 20 years ago when he arrived as a manager in the Transportation department. He earned his master’s in urban and regional planning there in 2004, and two years later, added a graduate certificate in real estate development to his resume.

All the while, he was working on campus, going from transportation and parking services to auxiliary services before moving into planning, construction and maintenance.

Zalkow says he has been well supported as he’s learned and embraced the new ways to build sustainably.

“I have had the privilege here to be supported by administration to be innovative with the deals we have put together,” Zalkow says. 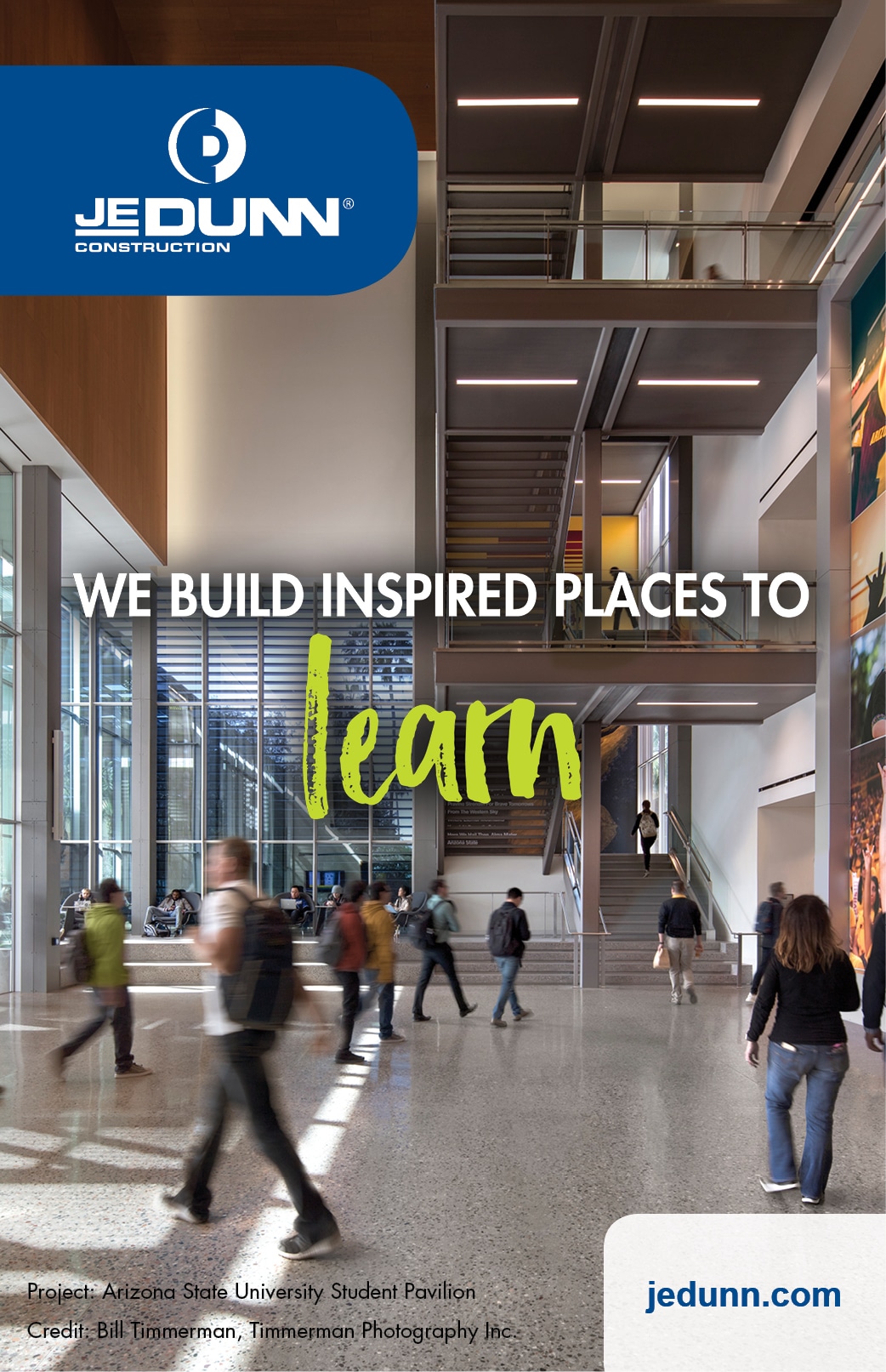