It’s all about serving Alberta

In any other company he might be referred to as facilities manager, but Dale Lechelt emphasizes that ATB Financial places a higher priority on the people who work in the facilities he manages throughout the Western Canadian province of Alberta. 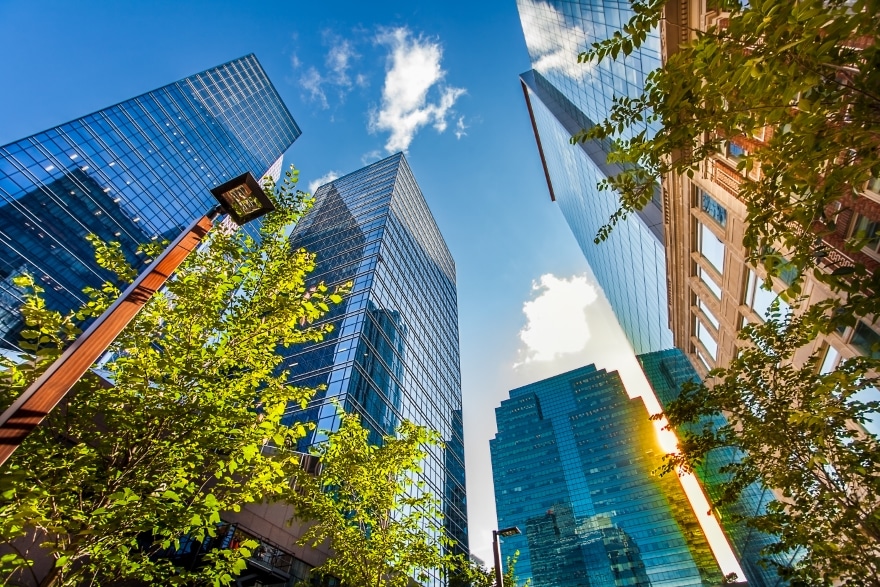 “So many organizations have titles about director of real estate, facilities, housing, operations, this or that,” he muses during a recent chat with Blueprint. “But they never seem to talk about the people who really use the space. When you do it opens up a much different conversation.”

And a conversation is something this gregarious man seems to enjoy, especially when discussing his agenda for the Crown-owned financial institution where he’s served in multiple capacities for nearly 11 years, since December in his present position. That’s around 200 offices and branches within provincial borders, making ATB Financial practically as ubiquitous as Tim Hortons. Though unlike the famous coffee-and-confectionery chain founded by the late NHL Hall of Famer, Lechelt emphasizes there’s no cookie-cutter approach here.

This is, after all, a diverse province, stretching from plains to the Rockies and everywhere in between the commercial and industrial hubs of Calgary and Edmonton. You’ll find an ATB Financial office or branch in or around a lot of rural locales with descriptive names like Medicine Hat, Elk Point, Peace River and Grande Prairie, Lechelt reminding that they’re all unique.

Such facilities, after all, act as the underpinning to community and should reflect what makes it special while enabling a consistent customer experience. For a farming town, a bale of straw might be at the entrance during rodeo week. 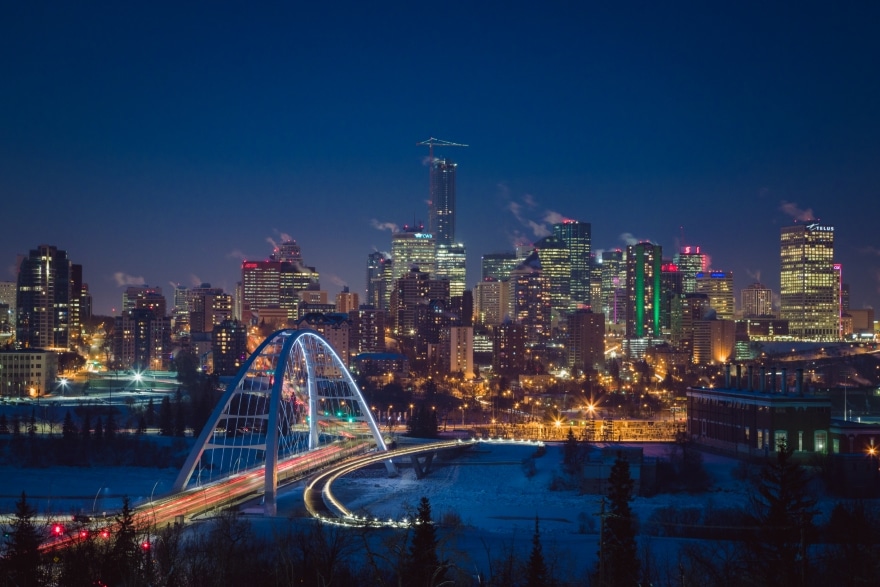 “The environments we create make a difference and there lies the passion,” explains Lechelt. “Think like a customer, act like an owner. Unlike big-box retail, customers need to know they’re in their community.”

Whether in the city or the most remote areas, clients can do their traditional banking via smartphones. When they actually visit a branch, it’s more about making the personal connections and getting the advice needed for important financial decisions. It’s a shift that creates opportunity to align physical space with technology and service to deliver a great customer experience.

“We want to open an account for a customer in 10 minutes or less,” Lechelt says, lauding the company’s infotech team for what he calls the heavy undertaking of the digital transformation. “A scan of a driver’s license can provide all the other information so no time needs to be wasted filling out forms.”

“We’re shifting from me-space to we-space,” the native Edmontonian states in his ever-colorful and quotable style. “We’re very much about challenging our assumptions and pushing the boundary of customer service.”

Which would be prudent, given that financial services is a most competitive industry with big banks and fintech startups aggressively promoting themselves in a part of Canada rich in energy, minerals, agriculture, forestry, tourism and all the support industries.

But Lechelt is confident that as upgrades continue on his watch, ATB Financial will have a leg up when it comes to serving Albertans and Alberta businesses. Its very mandate requires the $53 billion institution to be there for Albertans even as the private banks retrench from some of the places that need services most.

Which seems to have always been the case.

For it was in 1938, the height of the Canadian depression when the Social Credit government of Premier William Aberhart established the first ATB Financial in a wood frame Forest Service office in the small town of Rocky Mountain House, bringing credit to an erstwhile fur trading and farming outpost in west central Alberta. To Aberhart, the depression’s cause was easy enough to understand: Common folk lacked spending money.

ATB Financial has faced its share of challenges while embracing its heritage as a Crown institution with a bold focus on changing people’s lives for the better. It’s a mission for which Lechelt feels passion, even while driving through horizontal snow on the windswept Alberta highways in the dead of winter. It’s about sustaining a strong rural presence while still seizing the growing opportunity in an increasingly urban province. 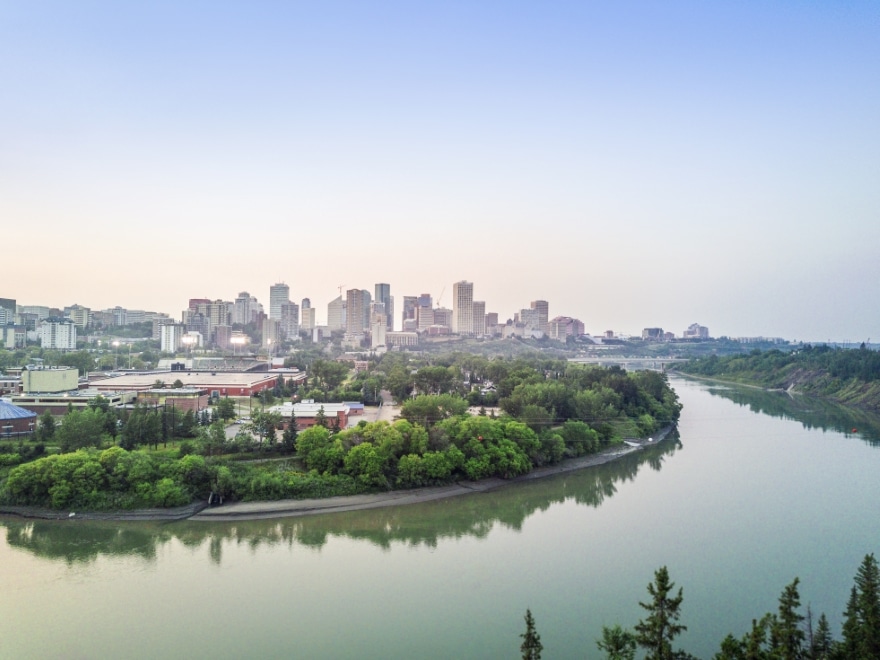 A University of Alberta mechanical engineering grad, Lechelt began his professional life with a brief stint in the oil industry. Feeling that his engineering skills weren’t being put to maximum use, he joined an engineering consulting team that marked his start in facilities management. He’d join the City of Edmonton’s public works division, manage the Alberta real estate of a telecommunications company, then direct facilities for the Elk Island Public Schools in central Alberta from 2000 to 2008. He’d then go to ATB Financial as director of regional properties and, over the course of the next decade, grow to where he now manages a team of 55.

Very efficiently, he reminds, explaining that 97 cents of each dollar his team spends is on a third-party service provider. Bringing to life the places and spaces that enable ATB’s “Customer obsession” is what they’re all about Lechelt says.

And you don’t get that way by being just a facilities manager. Got to add people, places, spaces and procurement to the mix, he says, even if some folks remark they’ve never seen a letterhead like Lechelt’s. 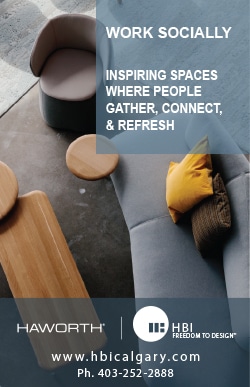 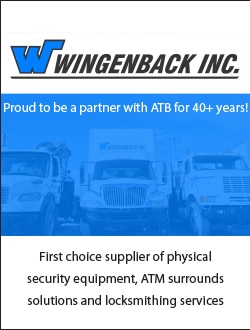 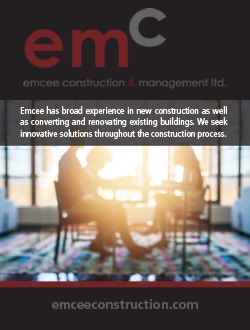