Having a read on public interests

To a lot of folks in southeast Springfield, Missouri, it’s more than just another library.

Known as the Schweitzer Brentwood Branch Library, it’s located in a residential neighborhood rather than on a busy urban street. For decades it has been where countless children have discovered and sustained the joy of reading, and where their parents and grandparents have gathered for all kinds of events.

But having been built during those pre-Internet early 1970s, the place was in dire need of an upgrade, a library’s modern mission being much more than warehousing books. And that was a job for a firm adept at fulfilling a public benefit.

Based in Springfield, the firm hadn’t done library work before but had compiled an impressive portfolio of public projects, particularly with K-12 schools and higher education work. Beginning in 2012, Dake Wells collaborated with Clark Huesemann, a Lawrence, Kansas, firm noted for library design, and this past January, the Schweitzer Brentwood Branch reopened to most enthusiastic reviews. 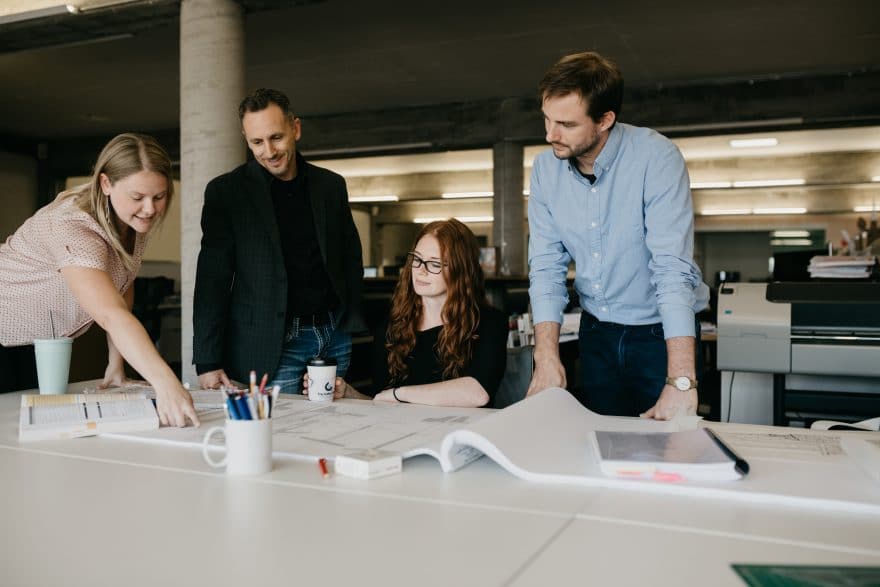 “It’s a very significant project because of the story behind it,” says Jason Hainline, a Dake Wells project manager and LEED fellow. “As the only remaining neighborhood library in Springfield, it continues to garner a strong sense of ownership as ‘my library’ from generations that have grown up around it and those that currently live within the neighborhood.”

Arguably, this dedication put more pressure on the design and construction teams, with fund-raisers and the generous donors feeling an extra connection to a heartfelt project. They haven’t been disappointed. The neighborhood feel remains, only in a new and improved manner that allows more neighbors to enjoy the library.

The Schweitzer Brentwood exterior didn’t need much updating; it generally remains the pleasant one-story brick ranch-style structure it’s always been, with the addition of a vertical lantern above its entry, announcing its civic role in the community. It’s the inside that lends itself to greater efficiency in terms of elbow room, energy use and access to information. As Hainline explains, the library isn’t significantly bigger, it just feels like it, with the addition of a modest 1,500-square-foot glass reading room and an innovative approach to the interior. 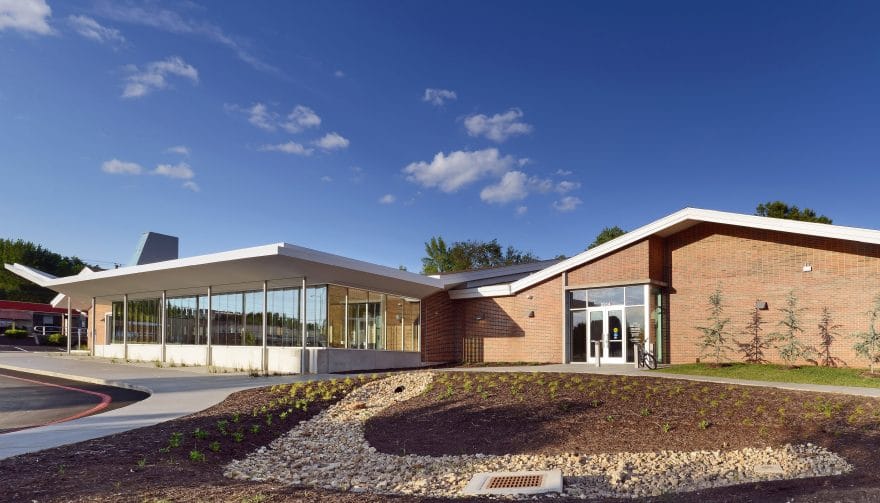 There’s ample space for as many as 100 people to gather for book readings or musical performances. Study rooms have been enlarged, and new windows bring in more daylight. There are outlets aplenty for the wiring needs that no one could have envisioned decades ago. The Brody WorkLounge provides an ergonomic chair, adjustable work surface, electric outlets and task lighting. There’s even the volunteer-staffed coffee bar, Coffee Between Friends.

And with numerous strategies incorporated for energy conservation, Schweitzer Brentwood is on target to be, by year’s end, the library district’s first facility with LEED certification.

“Basically, we took a residentially-scale building and through creative renovation, made it feel bigger without really adding much square footage,” Hainline says, noting that much of the library’s old materials were recycled.

That’s been a Dake Wells’ specialty ever since Brandon Dake and Andrew Wells—in charge of business management and design leadership, respectively—founded the firm in 2004. “We aim to do more with less,” they say.

Dake Wells may best be described as a small firm capable of thinking big, its staff of 11 design professionals and two administrative assistants are frequent players in Missouri’s academic, commercial, cultural, faith-based and residential projects.

First impressions may not be everything, but they sure count for something, and Missouri State University entrusted Dake Wells to design its “front door”—the Davis-Harrington Welcome Center that’s likely to be the first place a prospective student or faculty member enters, while mulling the virtues of becoming a part of the Bears’ esteemed tradition.

Completed in 2015, the sleek two-story, 13,000-square-foot building is a welcoming and practical facility with a flexible floor plan that lends itself to such events as press conferences, speaking and social engagements, and the kind of networking so crucial to academia.

It’s just the most recent of many facilities that Dake Wells has designed for Missouri State University, previous work including, but not limited to, the very functional Student Recreation Center, the elegant Carrington Auditorium and the MSU Center for Leadership and Volunteerism. Much of the firm’s work at MSU and elsewhere has been lauded by such prestigious professional associations as the American Institute of Architects. 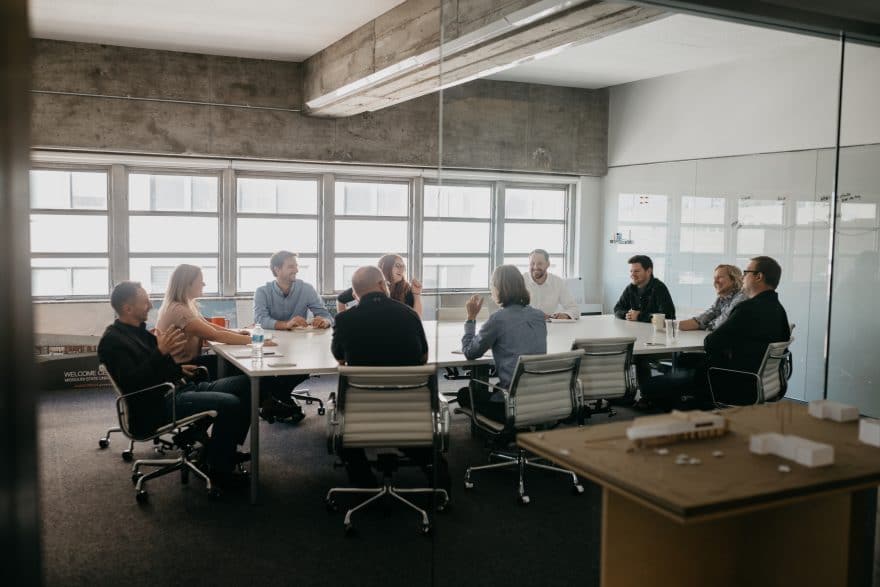 Dake Wells’ work with Missouri’s public school districts also exemplifies the firm’s versatility in design for rural or urban settings. Recently, the firm completed a new 80,000-square-foot middle school for Reeds Spring, Missouri, population 864. This project rejects the conventional act of flattening hilltops and scraping the site clean, and instead strategically positions the building in a ravine at the edge of a 150-acre wooded site in the Ozarks.

Such projects further spread the Dake Wells reputation, but Hainline says the firm doesn’t just wait for calls to come in; there being a lot of competition for architectural services from larger firms.

“We work hard to get to know the school superintendents and school boards, so when they have work that needs to be done they know who to call,” says Hainline.

Dake Wells has done more than just carve a niche. Its 13-member staff is noted for its versatility of project types and its commitment to public service. The firm has earned accolades for its work with religious institutions, including the Liberty United Methodist Church, and high-end residences on Table Rock Lake in the Ozarks. In the late spring of 2011, the firm also volunteered its efforts toward the recovery of the historic community of Joplin, Missouri, parts of which had been wracked by a tornado.

Hainline, like seven of his Dake Wells colleagues, is a graduate of Drury University’s Hammons School of Architecture, and the similarities don’t end with degrees.

“We’re all problem solvers at Dake Wells,” he says. “We all can apply critical thinking. We ask the right questions and collaborate in finding the right answers.” 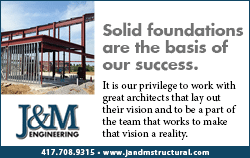